Taking place in northwestern Reykjavík during the summer, when the sun never fully sets in Iceland, Secret Solstice boasts one of the most unique settings in the world. Its location sets the festival apart, instilling a buzz that's hard to find elsewhere.

But of course it's really all about the music. It doesn't matter where the festival's located if it's not worth going to. And this is where Secret Solstice really shines, annually curating balanced and varied lineups that offer intrigue from top to bottom.

Last week we covered the top, with an interview with the Queen of Funk, Chaka Khan, now it's time to highlight some of the lesser known acts.

Looking over the lineup of this year's edition, one of the things that catches the eye is its great selection of underground DJs. We're not talking about the likes of Seth Troxler, The Black Madonna and Kerri Chandler who are on the bill and are undeniably great. We're talking actual underground DJs.

To get a sense of this aspect of lineup and what to expect from it, we went straight to the horse's mouth and caught up with BenSöl (Reykjavík), Droog (Los Angeles) and Yotto (Helsinki).

What's the dance music scene like in your hometown?

BenSöl: The scene here is huge considering the population size of Iceland. Hip-hop is king at the moment, it’s the new pop music here. There is a small but tight jungle/d&b/dubstep scene thriving in the underground. House, tech and techno are still the foundation for life here and have been for the last 30 years. My favourite local bar is Kaffibarinn and my favourite local club is Paloma; I hold monthly residencies at both of them.

Droog: Though all three of us are all from very different places, Droog was born and resides in Los Angeles. You can get pretty much anything you want in LA; it's such a sprawling city. Well, anything except a drink (legally) after 2am. Hopefully that will be changing soon and with that, the dance music scene will benefit.

Without using genre labels, how would you describe your sound?

B: Reminiscent of the Icelandic horse on a winning streak.

What have you been up to lately? Any upcoming projects?

B: I have been very lucky and busy this year playing all around the world. Two of the most memorable gigs so far were The BPM Festival in Mexico and SXM Festival in St. Maarten.

Y: Busy! Been touring a lot, just last month I played a ton of shows in Europe, India and North America. I have a lot of new music coming out during the end of the summer so I'm really excited. 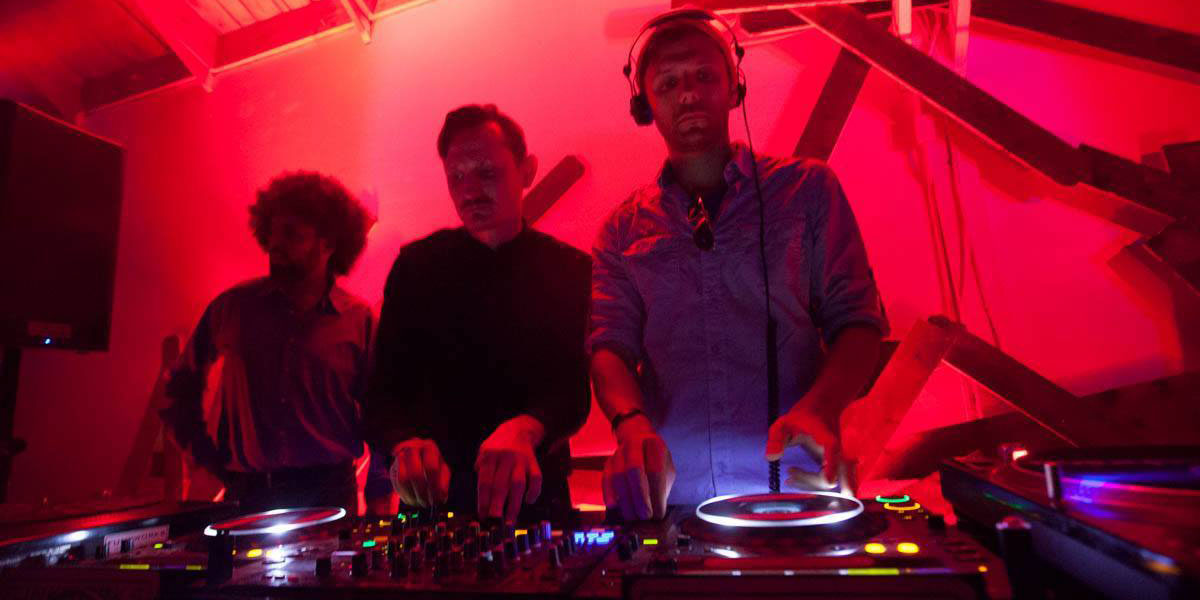 The sun never sets at Secret Solstice, do you have different approaches to playing during the nighttime vs daytime?

B: Festival sets are usually different from club sets, but in Iceland this 24 hour sunlight kind of changes the game rules. The most important thing when you play to a crowd is to read the dance floor and the vibes around you. If the people want more, push it forward, if they are losing their shit, take it down, just to build it up again and explode. Controlling the floor key.

D: Folder called 'Balearic Sunset' is going to be useless. Daytime lends itself to lighter, perhaps a bit housier sounds - if that makes sense. I think this year, the Droog set will be inside at the Hel stage which is dark and cavernous. So maybe that's in order.

Y: I always play according to the vibe - I do my best to include a lot of my own stuff but the music tends to be a bit darker when the sun is down and the ceiling is low. At Secret Solstice it will surely be special.

What are you looking forward to at Secret Solstice this year?

D: I am most looking forward to catching up with friends and kickin' it in Iceland. And drinking Brennivín and eating hákarl.

Y: Hanging out with the guys! It's gonna be a lot of fun to be at an incredible location with all these friends.

Besides your own performance, if you could only see one act from the Secret Solstice lineup, who would it be?

B: Kiasmos! They are the brightest stars from Iceland right now.

Secret Solstice 2017 takes place 15-18 June in Reykjavík. Find more info on our guide and book your tickets and packages here

More on the artists of Secret Solstice 2017: