Taking place on August Bank Holiday weekend, Creamfields 2018 will see over 300 artists perform across 30 stages, for a 4-day spectacular that will see 70,000 people come together for what has now taken pride of place as the premier event for dance music fans across the globe. From house to techno, trance to drum & bass, this year's lineup has it all.

Curated by the legendary Cream brand – which shot to fame in the 90s thanks to its Liverpool club nights – as well as a number of other household brands and promoters, such as BBC Radio 1, Armada, Paradise and Hospitality, Creamfields has cemented itself as the UK's premier dance music festival.

View the full lineup announced on our guide. 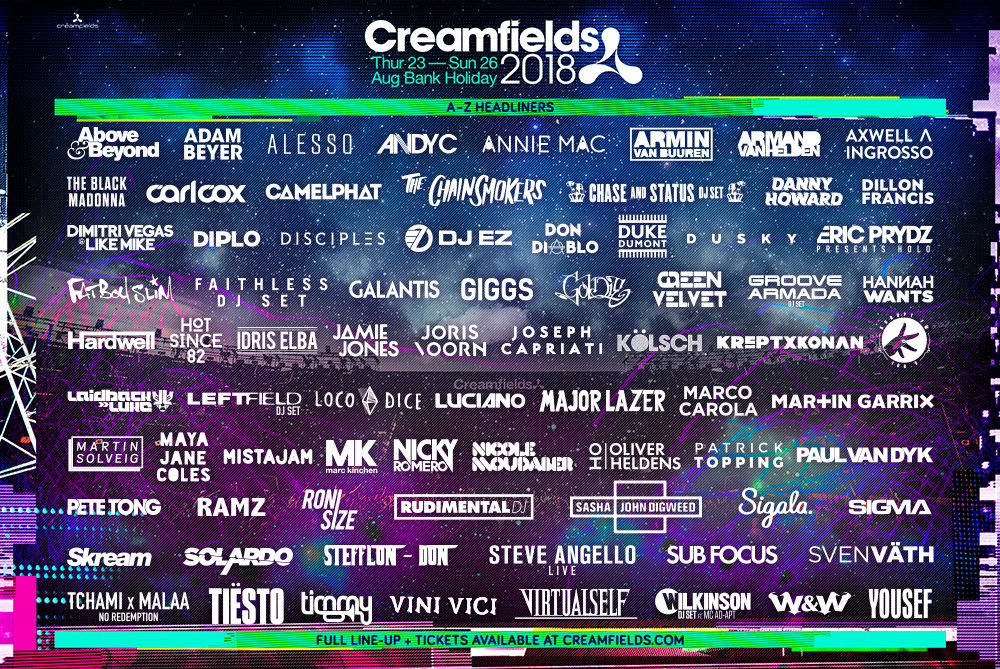