First up are hometown heroes Justice, returning to the festival a decade on from their last appearance which saw them play an extended set due to the absence of Amy Winehouse.

Joining them are a trio of rap acts, with American stars Macklemore and Post Malone atop the bill alongside modern superstars of French rap PNL.

And completing the top five for the first announcement are Thirty Seconds to Mars, whose appearance in France will form part of the second European leg of their global 'Monolith Tour', which is already underway.

Below these headliners, the lineup is an impressive and diverse mix of acts, with electronic offerings from the likes of Bicep and Bonobo, psych rock from The Black Angels, King Gizzard and Ezra Furman, the punk tour de force that is IDLES, and everybody's favourite Swedish folk duo First Aid Kit.

See all of the names announced so far below, or on our guide. 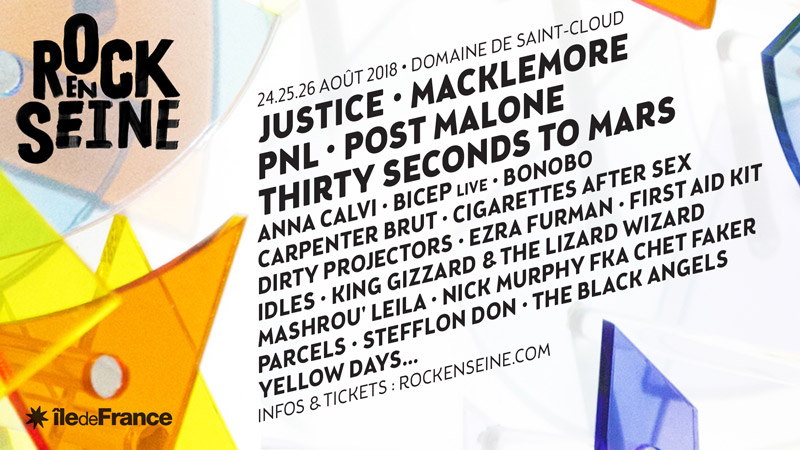 Tickets and accommodation for Rock En Seine 2018 are on sale now – book yours here.