Time Warp 2018 Lines Up the Biggest Names in Techno

Adam Beyer, Ben Klock, Chris Liebing, Dixon, Jamie Jones, Joseph Capriati, Laurent Garnier – I could go on. Time Warp's 2018 lineup has dropped a little later than normal, but the list of techno heavyweights is just as long as ever.

Mannheim's epic Maimarkthalle packs it all into 6 distinct rooms, with sets starting at around 20:00 and finishing early Sunday afternoon.

Old-hand Chris Liebing had already been confirmed for the Time Warp Pre-Party at Ludwigshafen's Loft Club on Friday 6 April, the night before the real thing kicks off just a few miles away. Ludgwigshafen is a city directly across the Rhine from Mannhiem.

One talking point will be the gender make-up of the lineup. 6 female artists will be at this year's edition – Magda, Monika Kruse, Nastia, Kraviz, Paula Temple, and Sonja Moonear – accounting for 14% of the total lineup. This is a slight increase on last year, where Kruse, Kraviz and Moonear were among 5 female artists who made up 12% of the lineup. 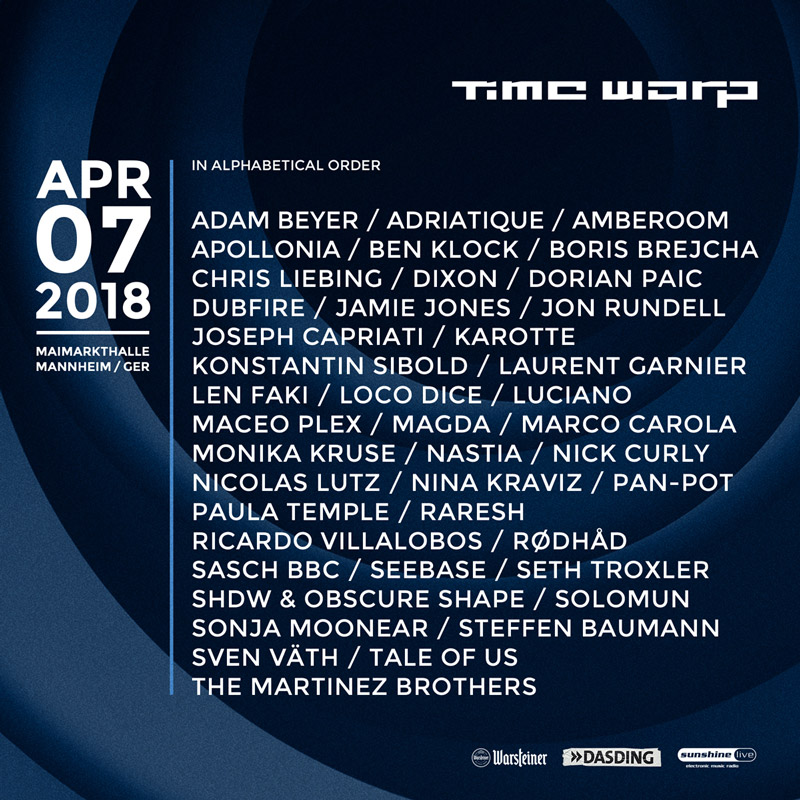