Oh Belgium, where do we start? The global superstar Tomorrowland? The alternative pop king Pukkelpop? Or the new kid on the block VestiVille? But what about the titanic meeting of hip hop and trap that is Les Ardentes?

In truth, it could be any of those, because despite a population of just 11 million, Belgium takes its music festivals very seriously indeed, filling the boots of every genre imaginable.

Here are ten of Belgium's finest that aren not to be missed...

Set in the so-called 'sloping docks' of Ronquières in the Walloon (French-speaking) region, this two day festival invites a mainly French and Belgian-based lineup and crowd, though with a usual peppering of international talent. Though the music's ecclectic there's a strong Francophone and electronic and pop feel, this year including Toulousain hip hop outfit Bigflo & Oli, iconic Belgian duo 2manydjs and Swedish singer Eagle Eye Cherry.

In the beautiful city adorned with canals, Abstrkt & Moonday is the perfect way to spend a day in the end of April. The event offers a terrific array of musicians from different countries, along with interactive art and nightlife. 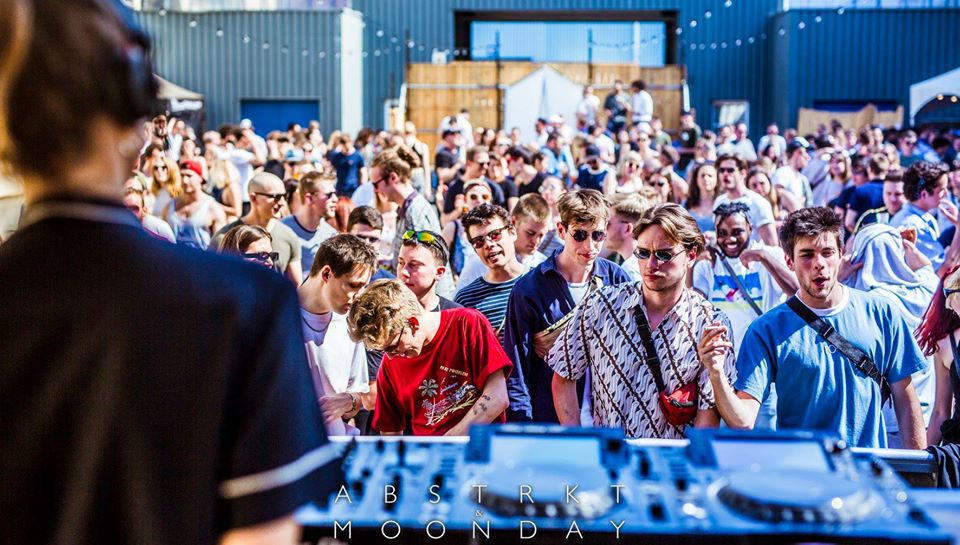 Urban mixer Couleur Café blends together an enriching cocktail of the coolest sounds around with global cuisine, dance workshops, marching bands, cocktail bars, an art exhibition at the 'Cool Art Café', and a 'Solidarity Village' with talks from NGOs.

We like to go by the mantra "if it's fresh, it's Dour", and that's because festival-goers can expect the best new sounds coming out of everything from electronic and hip-hop to punk and hardcore. Don't be alarmed if you hear massive waves of people shouting of 'DOUREUHH', its a custom of the festival and no doubt you'll be joining in by the end.

As its name makes clear, this annual festival takes over the Belgian capital in the heat of summer with a lineup of top electro, rap, house, indie and pop. Making a home of the majestic Place des Palais and Mont des Arts once more, this summer the festival will celebrate its 18th birthday.

What was once an electro/rock-based festival, Les Ardentes, or "The Burning" if you translate into French, is now one of the country's leaders when it comes to urban music. Though there's international titans of hip hop and trap (Pusha T, Lil Uzi Vert, Young Thug etc), you'll also find a good dose of house, techno and IDM to keep the tempo up.

A cultural institution since its birth in the mid-1980s, Pukkelpop is one of Belgium's biggest music festivals, with hundreds of thousands flocking from all around the world to experience the quintessential continental pop festival. Though the festival used to have a strong rock appeal, the lineups in recent years have been made up of a vast array of musical styles. A fully immersive experience, Pukkelpop is probably Belgium's closest relation to Glasto.

Not for the faint-hearted, Rampage is a high-octane drum and bass and dubstep festival in the city of Antwerp. Now entering its second decade, the festival is well recognised across Europe as a key meeting place for fans of these genres of dance music. Expect light shows as huge as the sound systems.

Now a rock giant, Rock Werchter;s illustrious 30 year history has seen royalty such as the Arctic Monkeys and Metallica grace its stage in front of 150,000 punters. That said, the festival isn't all rock, rock, rock, but is also peppered with a hint of electronic, hip-hop and pop; artists such as Kylie Minogue, The Blaze and Years & Years will this year be making an appearance.

A worldwide festival legend, Tomorrowland needs no introduction. Showcasing the cream of EDM year on year, the world of fantasy has become a mecca for electronic music fans who flock from all over the globe to experience the likes of Hardwell, David Guetta and co. alongside over-sized flowers, active volcanoes, giant disco balls, explosive butterflies, smoke cannons, confetti and all kinds of surprising wonder. This year the festival turns 15, and though it has already sold out, Tomorrowland UNITE brings four major European cities in on the fun, bringing DJ performances and a live satellite connection of Tomorrowland Belgium to Athens, Porto, Malta and Barcelona.

If you fancy browsing our full range of Belgium festivals, then sure, go ahead.