No doubt many of you are planning a holiday in the sun, and similarly, a good chunk of you are probably settling on Spain. Wise choice. Not just because it's full of culture, from art to food, and a charm that's incredibly infectious, but because it's absolutely packed with music festivals.

I've been given the impossible task of trying to pick out just ten. Apologies in advance.

Festival lineup: Pavement + many more artists to be announced

The eclectic giant has been going consistently for over 15 years and has racked up a hall of fame that includes Radiohead, Public Enemy, PJ Harvey, Iggy Pop and Arcade Fire to name just a few. Primavera Sound sets up at Barcelona's Parc del Forum on the glorious Spanish coast, where over 100,000 people every year are treated to a near-peerless lineup.

After a spectacular debut in 2016, and three incredible follow-ups that built upon the strong foundations, Mad Cool brings those at the top of the rock game to heart of Madrid once more, further cementing itself as one of the country's most esteemed festivals.

Renowned for its lazy beach days and hectic nights, FIB has become one of the most globally recognised names in the Spanish festival scene. Hosting unforgettable summer weekends on the Spanish coast for more than two decades, every year its showcase of rock, indie, alternative and electro basks in beautiful sunshine.

Representing the sharper edge of rock in our list is Azkena Rock. The riff-tastic two day rock exploration compliments a lineup that rips from punk to classic rock, from legends to cult favourites, all with an uncommercial feel that solidifies its 15+ year history upon a foundation of unadorned rock love. 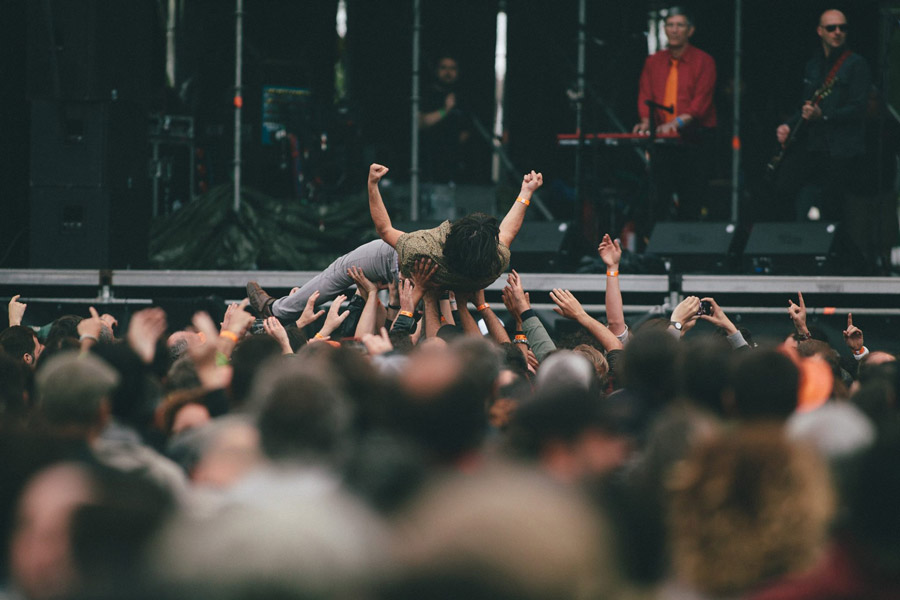 Picture this: the finest DJs weaving their sounds between futuristic site design, sculptures and interactive performance art. If you know anything about DGTL's Dutch origins, or their now global festival network, you know this one is pretty special.

The Barcelona electronic mecca that has become a global pioneer in the scene, pulling in the finest names on the block but also those emerging from the underground, with a track record of spotting what's hot that's second to none. There's also some time to explore the electronic genre further, with conferences and talks by leading industry professionals and creatives.

Bilbao BBK ticks all the location boxes with its mountainous backdrop. Nestled on the slopes of the Arriaz Mountains with an intimate atmosphere away from the city itself, the festival provides some fantastic views over Bilbao. Oh, and the lineups are pretty darn great too.

One of the biggest reggae music festivals in Europe, Rototom Sunsplash is heavily inspired by the iconic Jamaican festival Reggae Sunsplash. Each summer the festival brings an array of the scene's biggest names, from genre pioneers to exciting new acts, to the Spanish coast for a week-long celebration of the music and the culture.

Dedicating half of its lineup to the 'mainstream' and half to the 'underground', A Summer Story manages to cover a sizeable chunk of the broad dance music spectrum, with headliners that range from bombastic EDM to minimal techno.

With its huge lineups and even bigger production, BBF is a mecca for dance music lovers. Barcelona's Platja del Forùm sets the scene, with the Mediterranean as a beautiful backdrop to some of the biggest DJs and producers in the world.

You can see all of Festicket's Spanish festivals right here.