There are those of us who 'live and breathe' music festivals; working your day job, waiting for those pinnacle dates in the calendar, watching the time painfully eek pass until that moment you find yourself in a field/on a beach/exploring a new city, fully realising you're able to invest in a weekend of euphoria and debauchery.

There are those of us, however, who couldn't think of anything worse; trapped in a muddy field with thousands of battered, shirtless lads screaming the melody to The Fratelli's 'Chelsea Dagger', not getting a wink of sleep because the pagan crusties in the tent next to yours demonstrate their beat deafness on bongos till sunrise, or falling victim to candid photos in a drunken stupor for all of your social media followers to witness thereafter.

Well, festivals are (mostly...) no longer rabid affairs of hedonism and degradation, catering to music lovers from a myriad of demographics and offering wholly different vibes across the board.

So if you've never been to a music festival before and fancy dipping your toes into this beloved realm, here are ten of the best festivals we'd recommend for first-timers.

Considering Sziget festival is on most seasoned festival-goers bucket lists, why not tick it off for your maiden voyage? A truly eclectic mix of the world's biggest artists in contemporary music, Sziget has been transforming Budapest's Obuda Island into a dreamy utopia for over a quarter of a century.

It's quaint, it's quirky, and best of all there's equal billing between the indie and pop icons sharing the main stage. Complete with a roster of the most recognised talent in comedy, theatre, installations, and workshops, Latitude lies on the fringes of the mainstream yet has never veered away from its uniquely immersive yet chilled atmosphere.

Buried within New York City on Randall's Island, the city's skyline serves as the backdrop to an array of sounds spanning rock, hip-hop, pop, and indie at Governor's Ball. Jump on the subway, and not only can you see a lineup of sure-fire big-hitters at one of the country's most beloved festivals, there's an entire city to explore once the music's over.

A series of day festivals held in London's famous Hyde Park, BST congregates the most renowned names in world music, each with a carefully tailored supporting roster to complement the specific headliner that day. In the midst of summer, sharing a space with a diverse, music-loving demographic with a cold cider in hand, there's no better occasion to visit England's capital city.

Held within the remains of industrial relic Dolní Vítkovice, not only is the festival's site a spectacle to behold in itself, Colours Of Ostrava's onus on merging music from across the globe creates something as special as its surrounds. An explorative discovery both physically and musically, you'll witness performances from the most iconic names that pop, indie, rock, jazz, soul, folk, and punk can muster.

Isle Of Wight Festival is a globally appreciated music festival, rich in history, and continually showcasing a revolving door of legendary talent. It also serves as an idyllic holiday break too, requiring a crossing of the water to join in the festival fun on an island, no less. Despite 90,000 annual festival-goers, the festival has a relaxed, welcoming mood - with the sheer breadth of contemporary greats and legacy artists on the roster, it's difficult not to get lost in the fun.

Hilvarenbeek's Safaripark Beekse Bergen sets the scene for Best Kept Secret; a festival whose lineup satisfies the musos, whose tranquil lakeside scenery could relieve any tensions, and whose atmosphere gets as hedonistic as they come once the sun sets. Whether it's singing your heart out to major headliners or discovering the next big thing, you'll find you can do both in abundance here.

North America's second largest blues festival has certainly expanded from its roots in recent years, incorporating artists from across the music spectrum including pop, EDM, rock and hip-hop. What makes RBC Ottawa Bluesfest unique, however, is how the promoters continually bridge the gap between both today's youth and old heads, creating a festival atmosphere bursting with acceptance and singalongs. 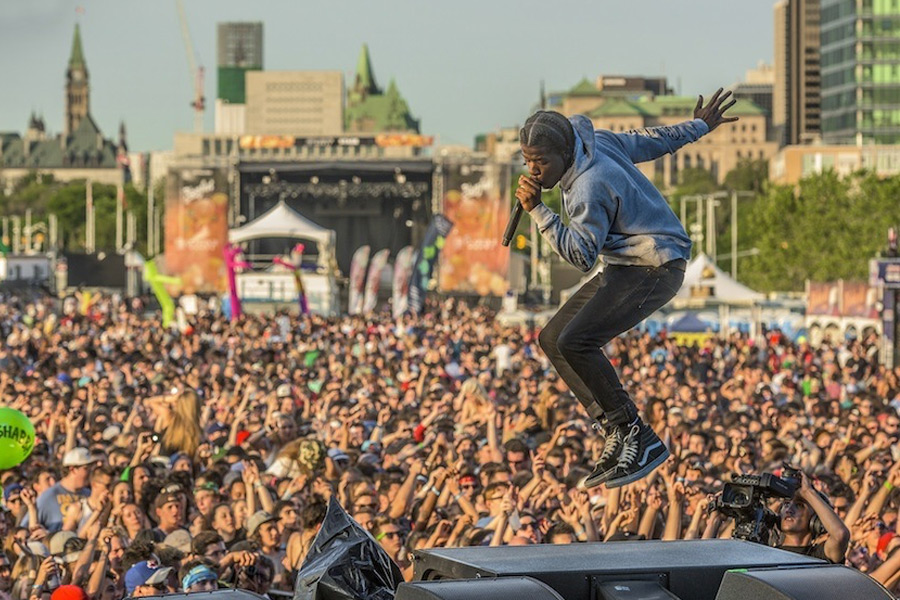 Geared towards teenagers looking for their first independent experience abroad, FIB or 'Beni' as it's affectionate referred to has become the bastion of late teens' summer holidays over the past decade or so. With an unabashed indie lineup that features a smattering of dance legends, there's plenty of sun, sea, and stories to be made on Spain's south coast.

The undisputed rite of passage for any blossoming festival-goer in the UK; it's Reading and Leeds Festivals. Not for the faint-hearted, both festivals have a collective reputation that surpasses most festivals globally, for the continual roster of rock and indie's most formidable names, but also the experience. Let's just say, you'll make some memories that'll stay with you for life.