Warehouse parties are a phenomenon like no other; the sweat, the sound, the stimulation can at times be transcendental.

Generally held within derelict buildings that had a functional use in a former existence, these dwellings are offered a new lease of life (albeit in a different form) whilst breathing new life into the electronic music community.

As the default churches of electronic music across Europe, these imposing venues welcome both DJ's and ravers alike as the meeting place at the apex of their pilgrimages.

To understand what all the fuss is about, we've listed the Top 10 warehouse venues across Europe that you need to see to believe:

A former broadcasting headquarters for the German Democratic Republic's state radio until it dissolved in 1991. Located near the Spree river, Funkhaus Berlin is one of the German capital's most hyped warehouse spaces, with pioneers of electronic music like Aphex Twin hosting raves here in recent times.

Stripped-back and mammoth in size, the Shedhalle space is the home of HYTE Berlin's epic New Year's Eve Party, which sees Adam Beyer and Richie Hawtin headline the 24-hour knees up. 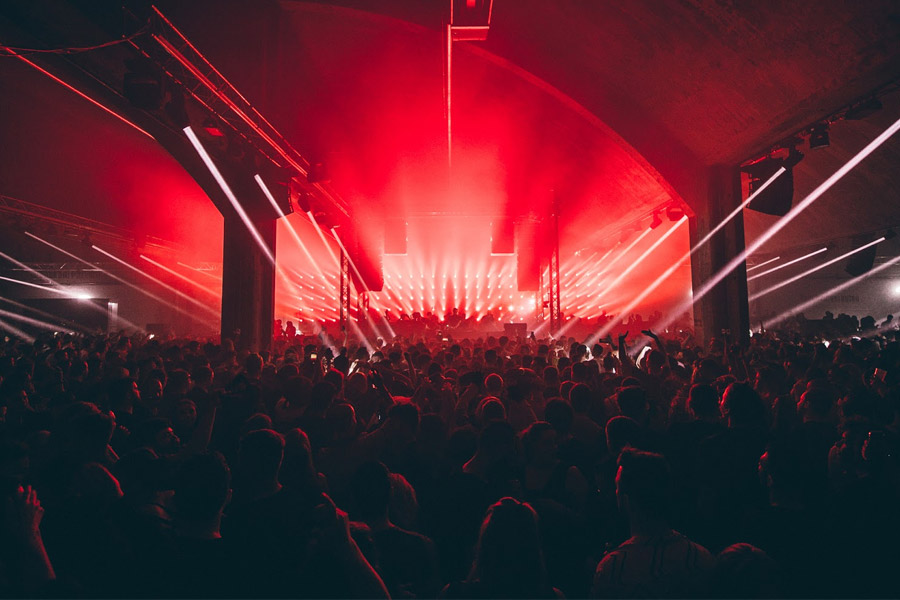 In Rotterdam's district of Heijplaat stands Onderzeebootloods, a former warehouse on the Rotterdam docks.

Hosting numerous exhibitions throughout the year, the 5,000 capacity space also sees Toffler Indoor Festival and Sexy By Nature set up shop here, inviting the best names in underground dance music to transform the industrial halls into a house and techno-utopia. 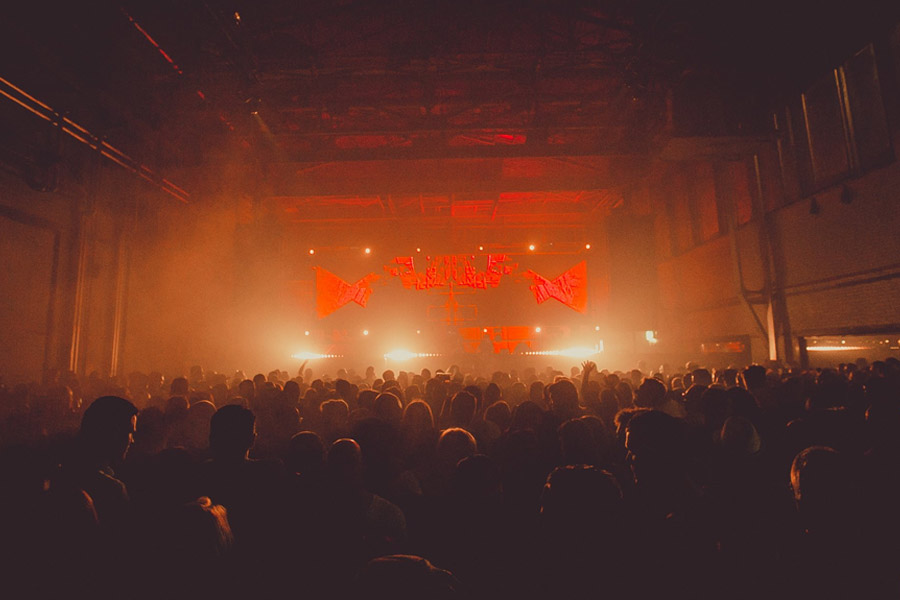 The former factory was designated a UNESCO World Heritage Site in 2014, adding an element of prestige to each party that unfolds there. 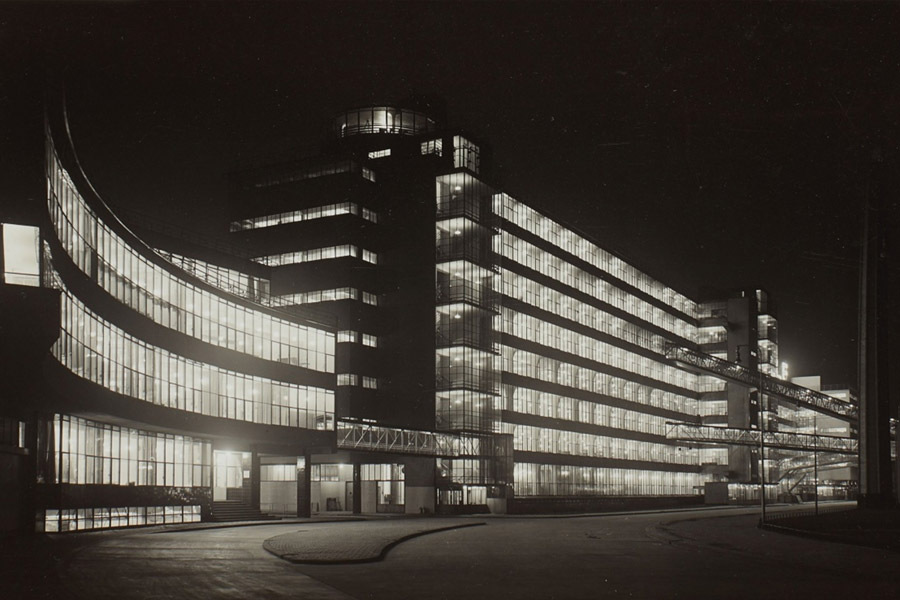 Integral to Amsterdam's rave culture and one of the most influential party locations in Europe is the Warehouse Elementenstraat.

A bastion of the Dutch underground scene throughout the 90s, it embraces cornerstones of the electronic music landscape, hosting parties for brands like Reaktor & DVS1 and Cuttin' Headz & Fuse London throughout ADE, as well as Wonderland Festival Indoor in February. 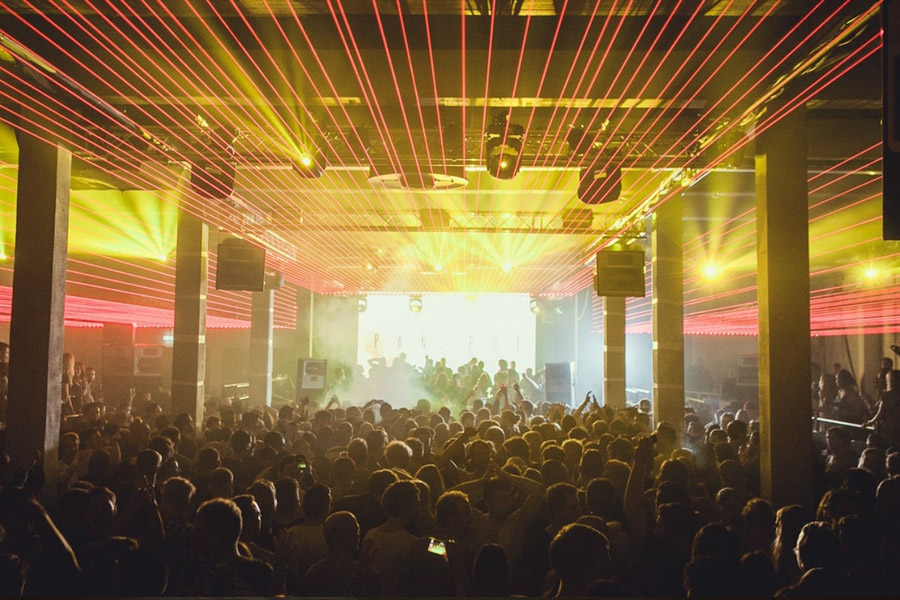 No doubt that Berlin would have a number of venues on this list considering that it's widely referred to as the mecca of underground techno, and a city that spearheaded the electronic music movement.

Take Kraftwerk Berlin, for example, the former power-station revived as an art installation and experimental music space. Berlin Atonal has called it home since 2013, and whilst not intended specifically for electronic music raves, it remains one of the most impressive abandoned industrial locales that has been given new purpose. 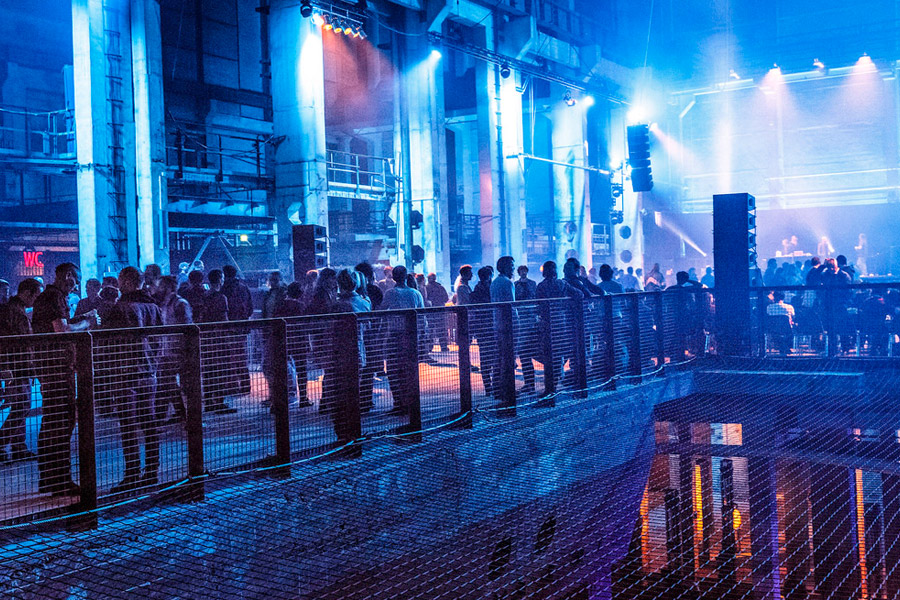 A warehouse space inside a botanical garden doesn't conjure up the imagery you'd typically associate with the underground electronic music scene.

Parc Floral de Paris, however, is central to a handful of the reputable parties in the French capital such as The Peacock Society Festival, which combines the atmosphere of feverish raves but offering the less industrial respite of the surrounding gardens. 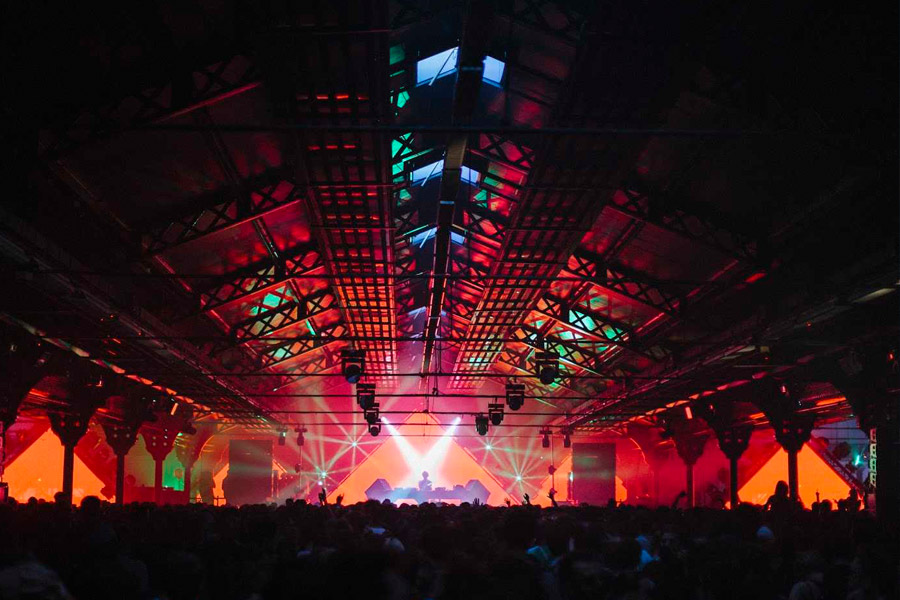 Back to Rotterdam for an all-purpose event location that was once a reinforced concrete warehouse sat beside the Maashaven port.

Contributing to Rotterdam's reputation for being up there with Europe's fierce partying cities, Maassilo's industrial heritage and spacious interior is the ideal setting for a number of The Netherland's most in-demand nights. 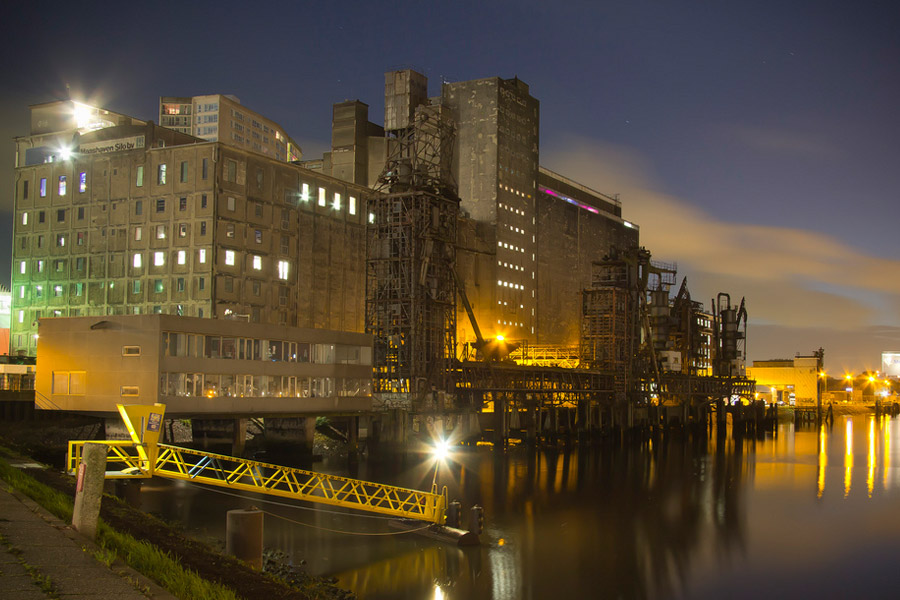 A new addition to the celebrated underground scene in Eastern Europe is a hangar situated on the Port of Belgrade, the chosen site for the inaugural edition of No Sleep Festival this year.

Overlooking (and quite literally overhanging) the banks of the Danube, it's difficult to think of a better location to get lost in the sounds of the likes of Fatboy Slim and Nina Kraviz. 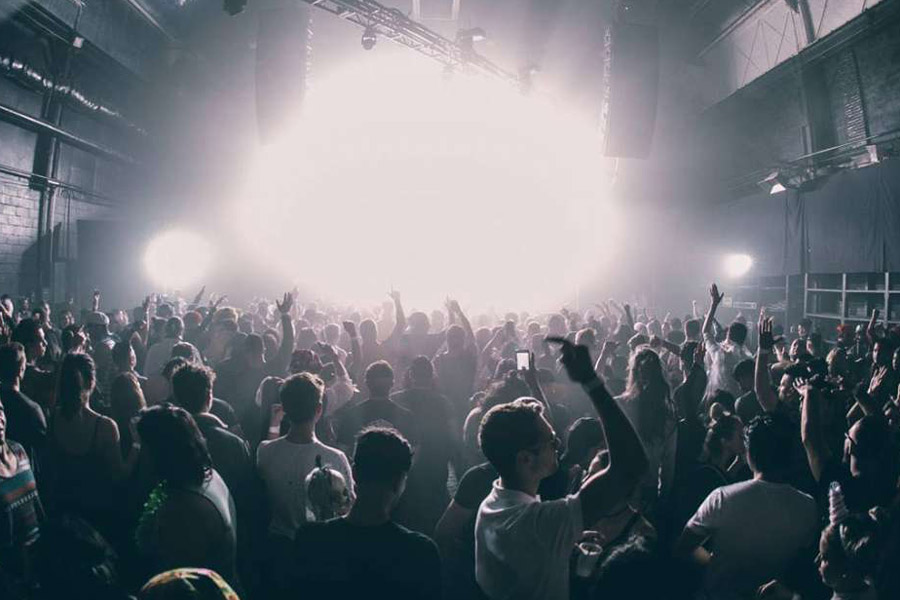 This vast, pillar-less chamber was once part of Amsterdam's now-defunct Westergasfabriek gasworks complex, and now entertains the city's most beloved parties all year round.

Home to legendary techno promoters Awakenings, Gashouder becomes the brand's stronghold throughout ADE, with parties each night for the festival's duration. 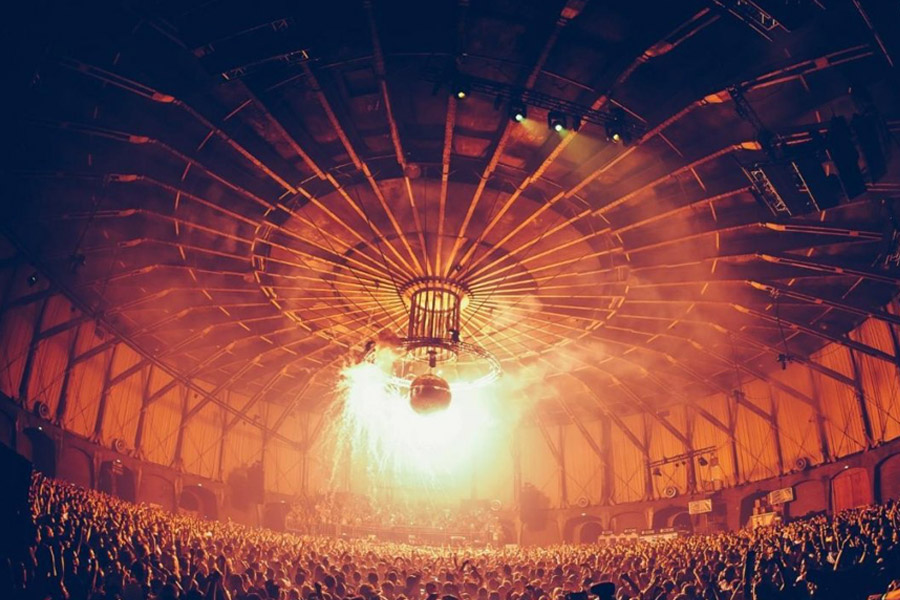 An ever-present when referring to warehouse locations is London's Printworks. Its credos is undeniable, being one of electronic music's and Europe's most talked about cultural destinations.

If the warehouse scene is your domain, then experiencing Printworks is a rite of passage. 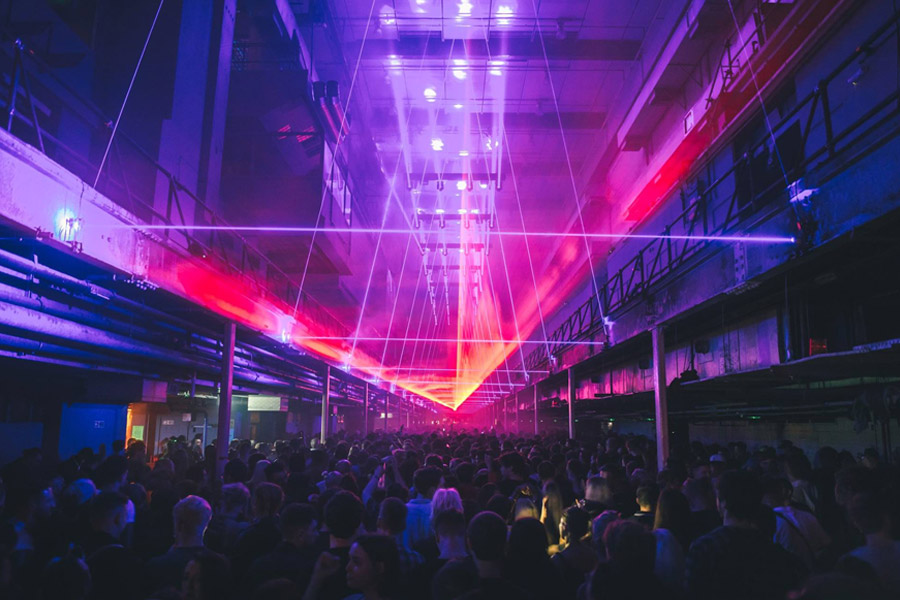