Sea You Festival, INmusic, Balaton Sound and Latitude aren't just some of the best festivals across Europe. They're all shaped by, and built around, one of the most enviable festival backdrops going: the beautiful, shimmering surface of a glistening lake.

Way out in its own idyllic corner of the German countryside, Sea You Festival floods its site with good music, watersports, barbecues, and an inclusive party atmosphere. No surprise it's one of the country's best-loved house and techno festivals. 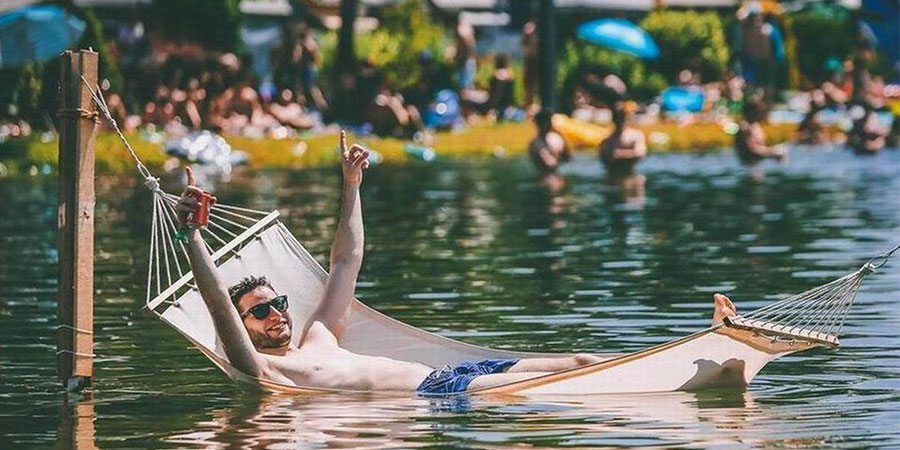 Les Eurockéennes, perched on a peninsula in the middle of Lac de Malsaucy, enjoys a 360 degree view that few festivals worldwide can match. Rock, pop and electronic music resound for four days and nights, all brought into being by a non-profit, eco-friendly and independent team of festival organisers. 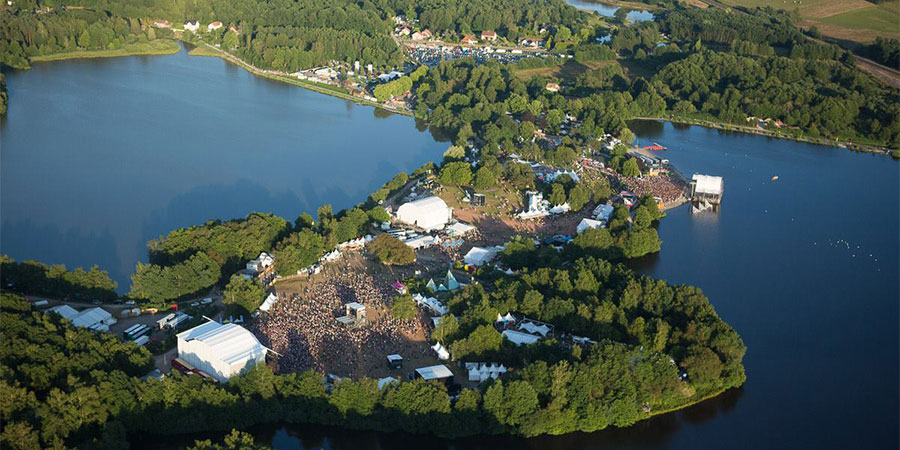 EDM, arena house, trance and bass dominate the banks of Moosburg's Aquapark, where the water itself is an integral part of the Utopia Island experience. Lap up an impressive lineup, and kick back on the softest sand north of the Adriatic.

Utopia Island will not be taking place in 2018, but will be returning in 2019. Join our Waiting List to keep up to date with all Utopia Island 2019 news. 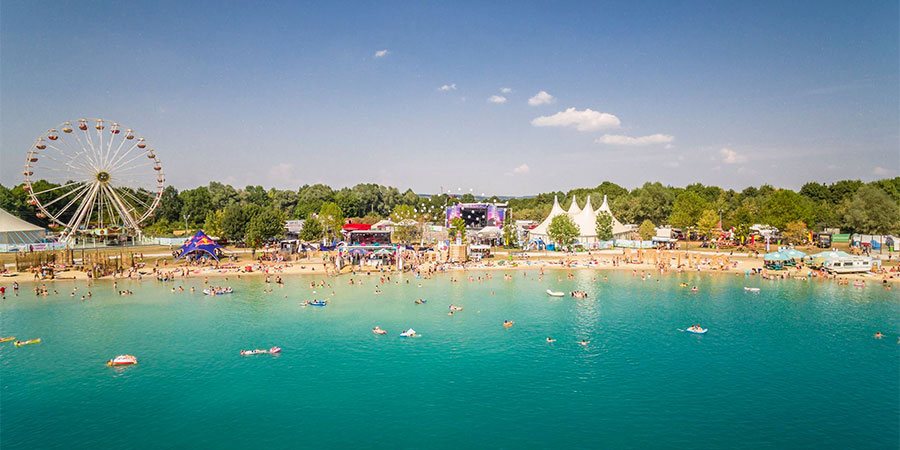 Named after its jaw-dropping host, Balaton Sound pitches a tsunami of EDM and dance stars against the unmatchable company of Lake Balaton. From the people behind Sziget Festival in Budapest, this is a chance to unwind, top up your tan, and immerse yourself in red-hot sounds. 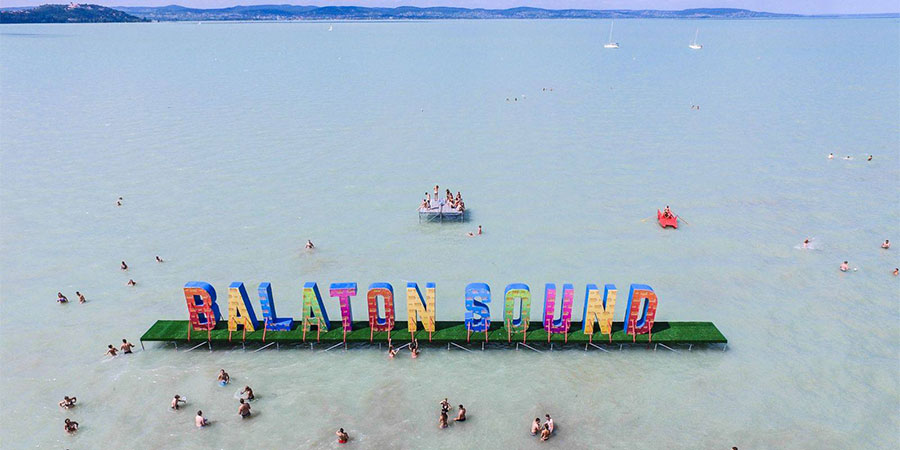 The Latitude Lake is an instantly recognisable focal point, sitting beautifully and serenely as music, comedy, theatre and poetry swirl all around it. At the festival's 10th anniversary in 2015, washing away the (sometimes) hot British sun with a swim in the lake finally became officially allowed. 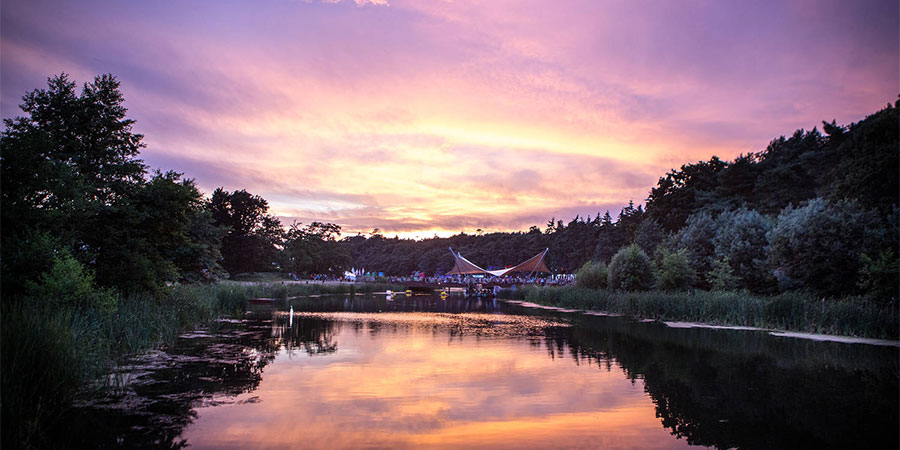 A real giant of the worldwide electronic music festival scene, Mysteryland is much better known for its outrageous stage design, Q-Dance collaboration and A-list lineups than for its lakeside seat. But pan the camera back, and a watery shimmer brings even more magic to one of the biggest parties in Europe. 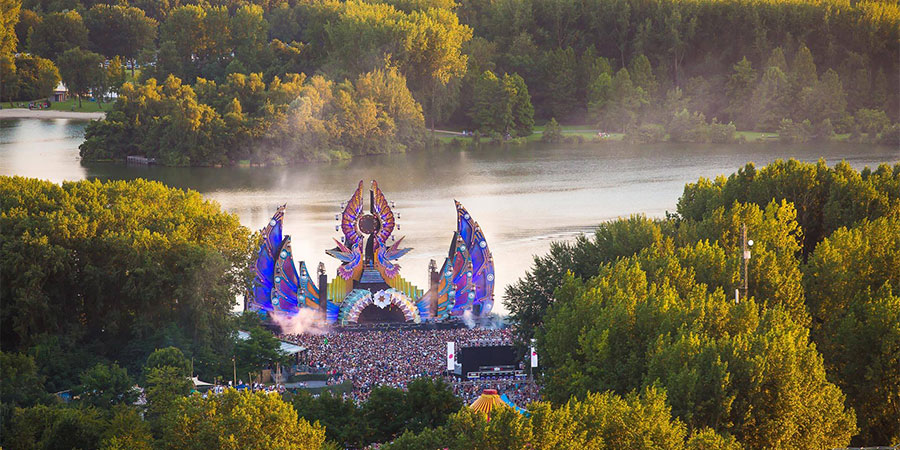 Free of big sponsorship deals and committed to a holistic, deep-reaching festival experience, Bánkitó embodies the boutique summer that has swept across Europe over the last half-decade. Discussions, film screenings, theatre productions, art exhibitions and both outdoor and indoor stages sit alongside the Bánki-tó lake, north of Budapest. 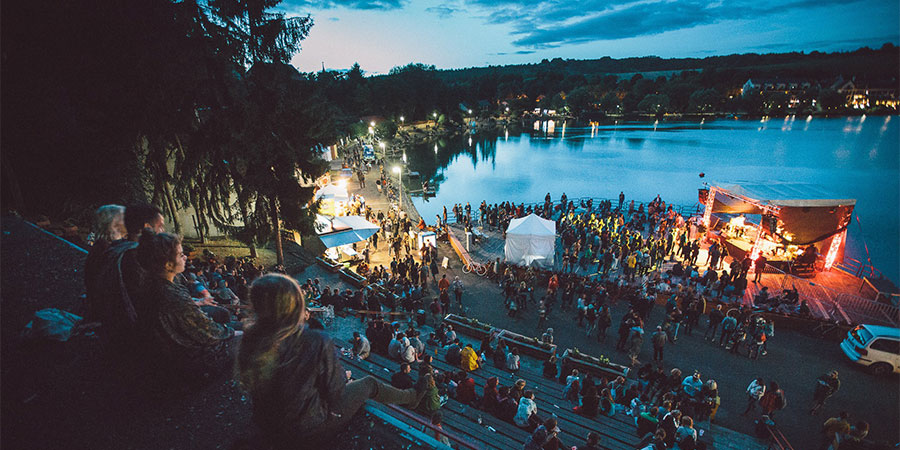 The world's focus is normally on the electronic sub-culture of Croatia's southern coast, but INmusic drags the attention back to Zagreb with huge rock and pop lineups. Lake Jarun laps the shores of three natural islands, all of which welcome INmusic each June. 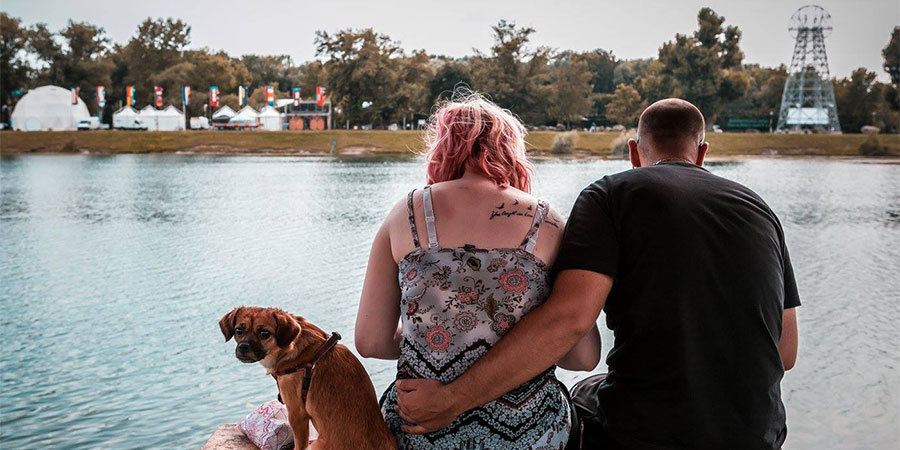 You're more likely to spot the Loch Ness Monster than actually go for a swim in the freezing heart of the Scottish highlands, but Groove's world-famous backdrop takes every prize going for sheer natural beauty. Make sure you come prepared for lower temperatures, as well as for one heck of a party. 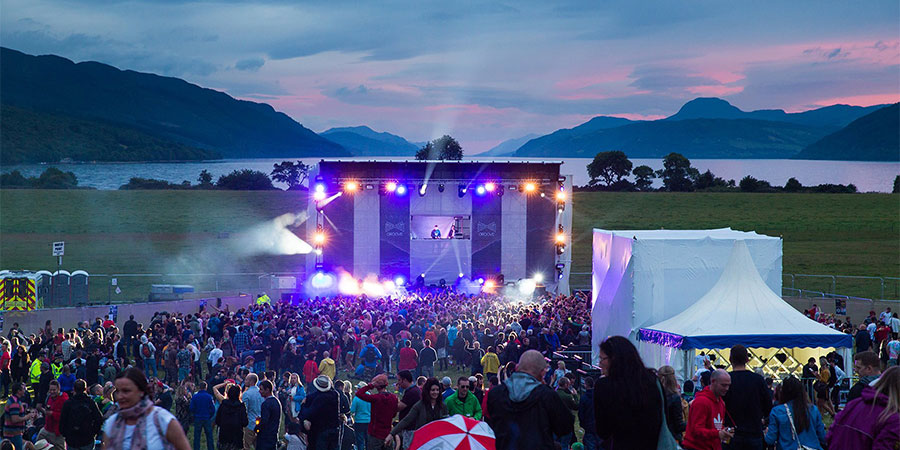 Highfield thrusts out into the midst of the Störmhaler See, a man-made lake that feels like it was purpose-built for a summer festival. Awash with rock, punk and indie stars, Highfield is part of the continent's alternative and rock firmament. 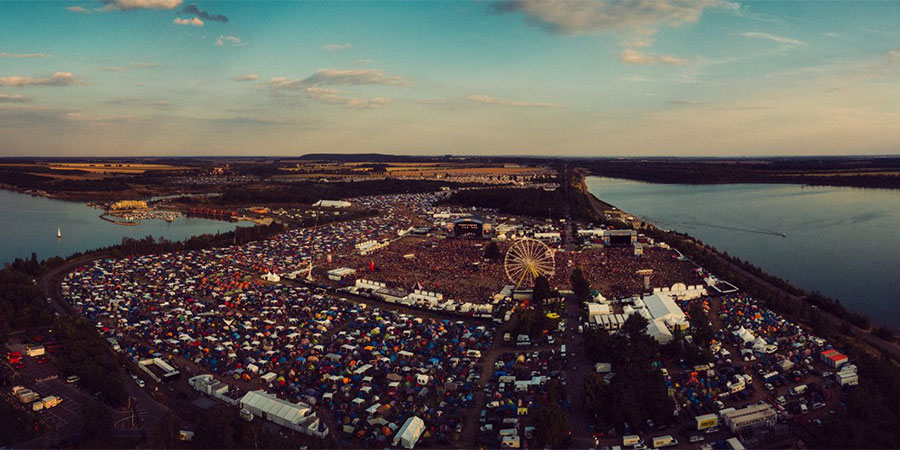 Escapism and creative expression conspire to keep reality at arm's length, as all sides of the artistic sphere close in on Wilderness Festival's untouched countryside hideaway. Your attention will be pulled in a thousand directions all at once, as endless opportunities present themselves. 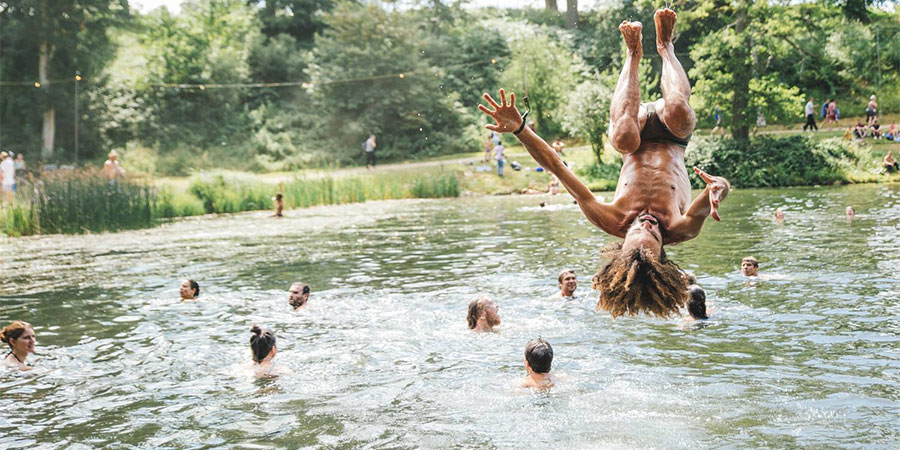 Magic is a word that comes up again and again when those who have experienced Secret Garden Party try to describe it. The 'Head Gardener' has announced that 2017 will be SGP's final year, so it's once more with feeling for one of the UK's best-loved festivals. 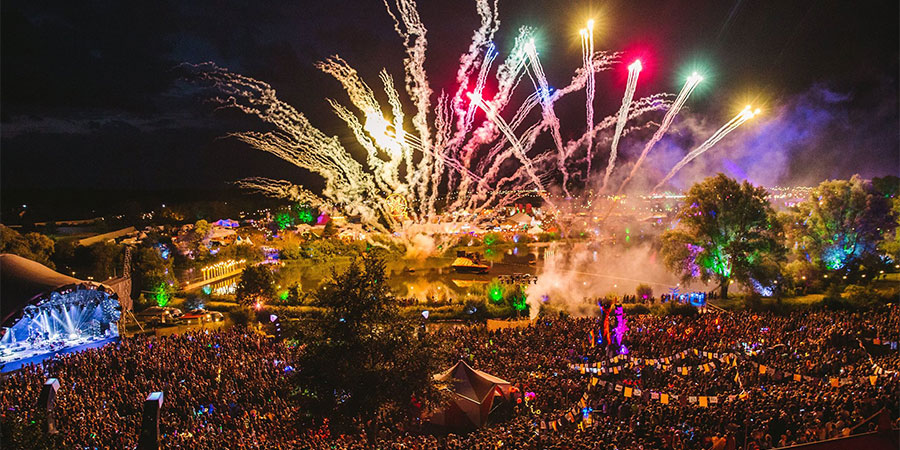 All-out dance music crashes against the natural splendour of Austria's Schwarzl See, enhancing Lake Festival's reputation for wild partying year after year. In case you have time, a range of watersports add an extra dimension.

Lake Festival will not be taking place in 2018. There is currently no confirmation that the festival will return in 2019, however, you can join our Mailing List to keep up to date with all Lake Festival news. 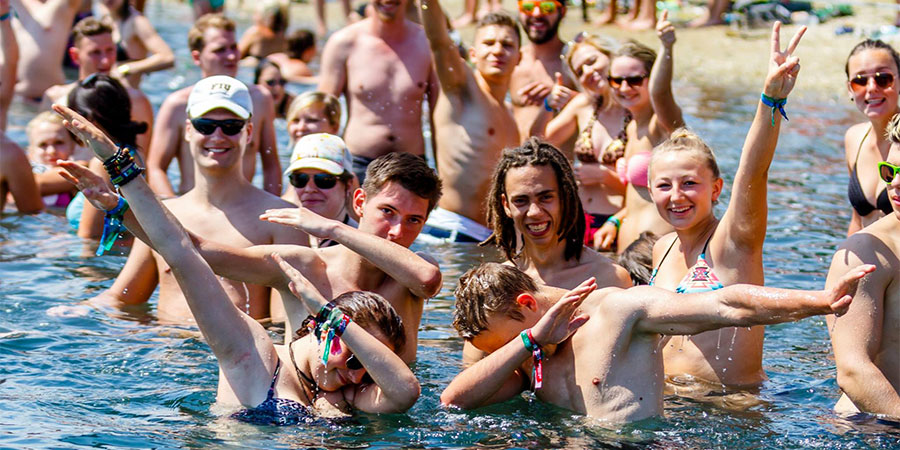 Chiemsee Summer is the multi-faced child of Chiemsee Reggae and Chiemsee Rocks. Diverse sounds populate five stages over four days, all encompassed by imposing mountains and the glistening Übersee.

Chiemsee Summer will not be taking place in 2018. However, the festival will be returning in 2019. Join our Mailing List to keep up to date with all Chiemsee Summer 2019 news. 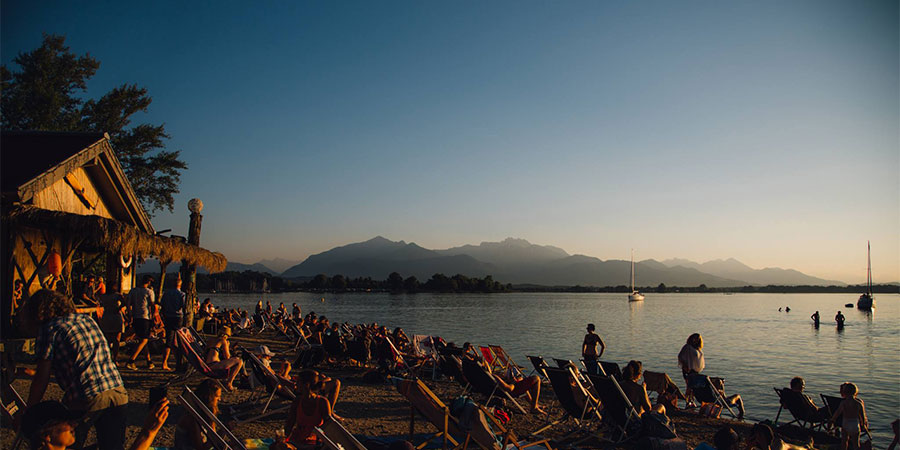 Previously known as Brothers Open Air, Ventureland emerged in 2016 as an eclectic electronic festival that basks in the glory of Utrecht's Henschotermeer lake. Sandy banks and luscious green woodland frame a celebration of hardstyle, techno, EDM and bass.

When & where: September 2018, MK Woudenberg, Netherlands 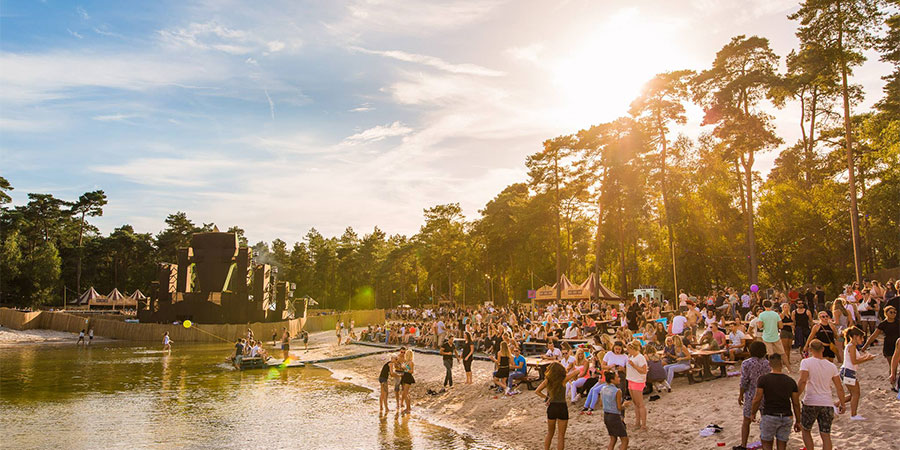 A third Hungarian festival to make the list, B.my.Lake arrives in Zamárdi six weeks after Balaton Sound has departed. Underground tones shape a lineup that packs a distinctly techno punch, setting an intimate festival atmosphere against the expansive lake that more than plays its part. 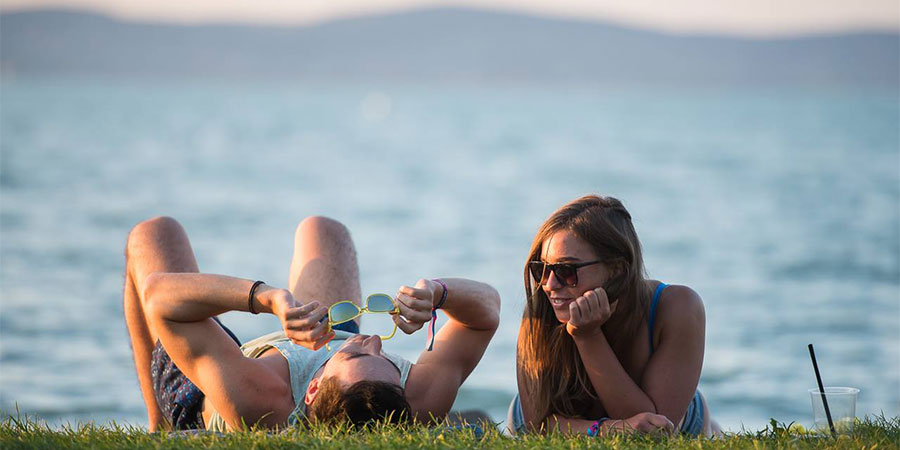 Over its 20-year life so far, Extrema Outdoor has evolved into an immersive weekend defined as much by its party production as by the high-profile talent on stage. Far from the nearest city, XO's festival site just adds to the appeal. 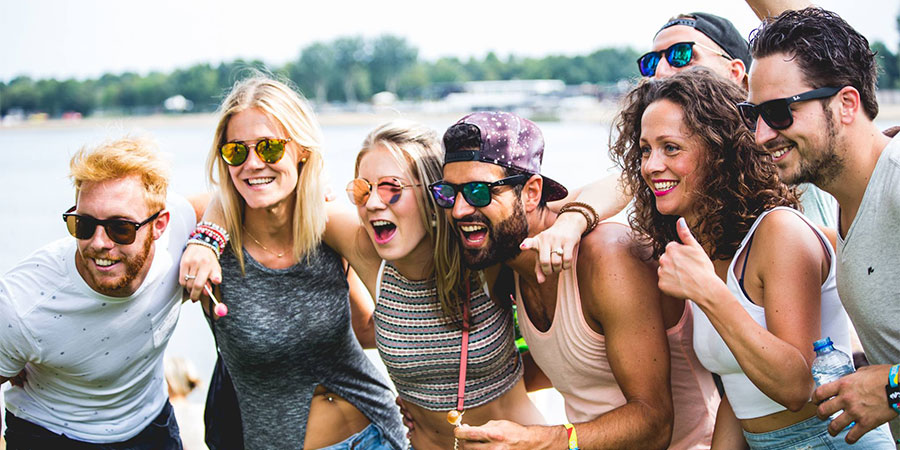 Awarded the title of Best New Festival in 2010 by the European Festival Awards, XO's Belgian outpost has shown that the festival's character chimes with a wider audience. Finding a lakeside venue to match the original was a masterstroke, as the spirit of summer glints off the water and over the decks. 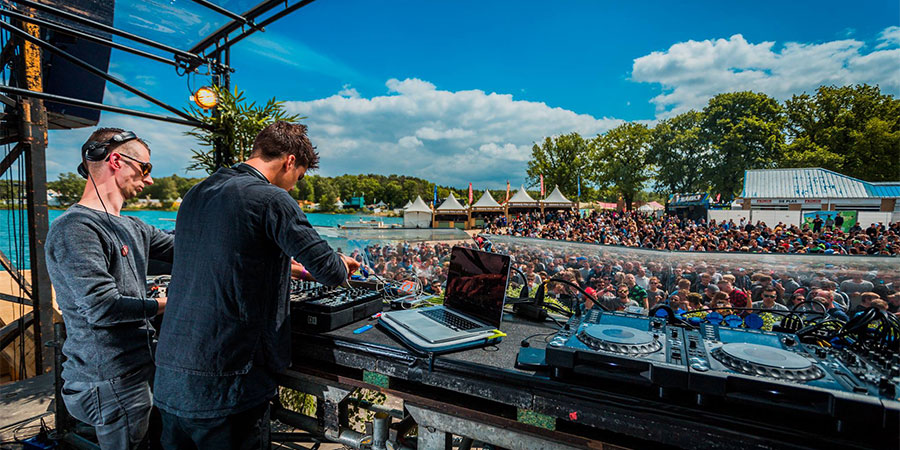 Extravagant design and beautiful natural surroundings are calling cards for Lief Festival. It's a house and techno affair, with plenty of big names scattered across a heavily curated lineup, while Utrecht's Recreatieplas Strijkviertal hosts stages on the beach, stretching into the water, deep in the woods and out in the open air. 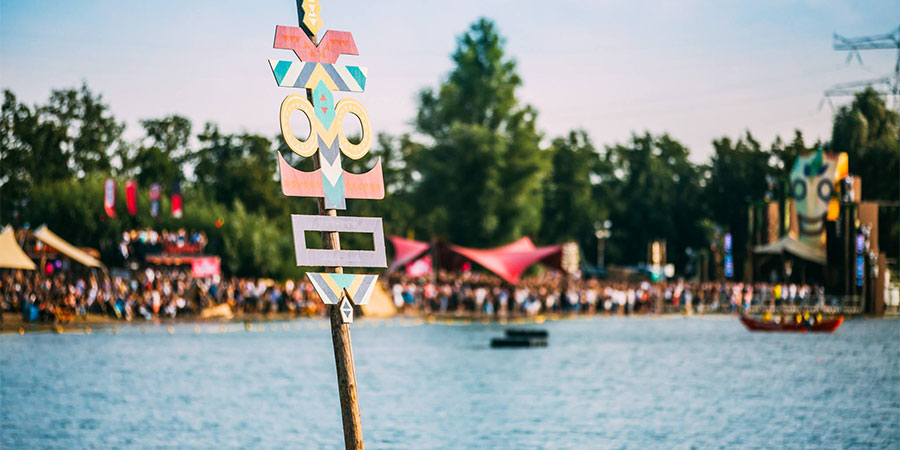 Electronic music and hip-hop collide on the banks of the Helenesee, casting the sounds of 120 artists over the water from the golden sands that line the lake. The lineup is focused on German talent, which adds to the festival's out-of-the-way feel and community atmosphere. 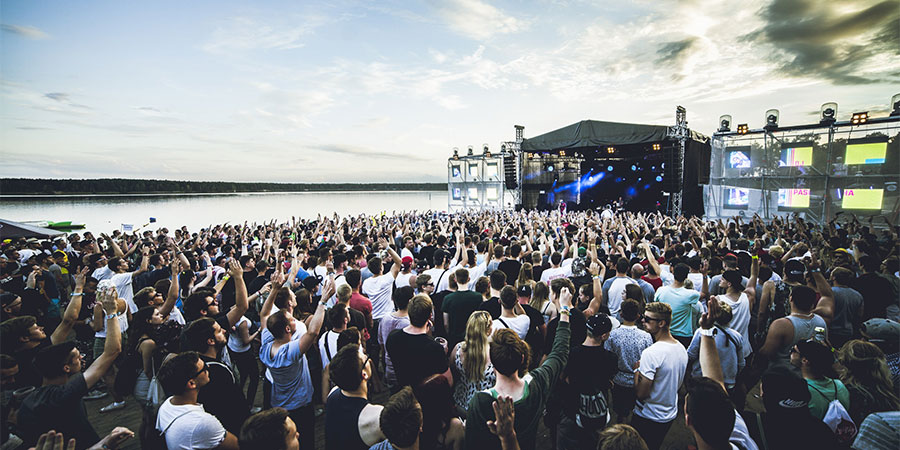