As you might imagine, K-Pop, J-Pop and any kind of pop you could want are well catered for, but there's also plenty of space left for international EDM and rock artists.

Here's your pick of the 20 finest festivals across the year.

With two locations and a lineup that would go down well anywhere in the world, Japan's Summer Sonic has been riding high since 2000. And if you're more of a dance music fan, don't despair: the separate festival Sonicmania takes place immediately before Summer Sonic, putting on a more electronically-flavoured lineup. 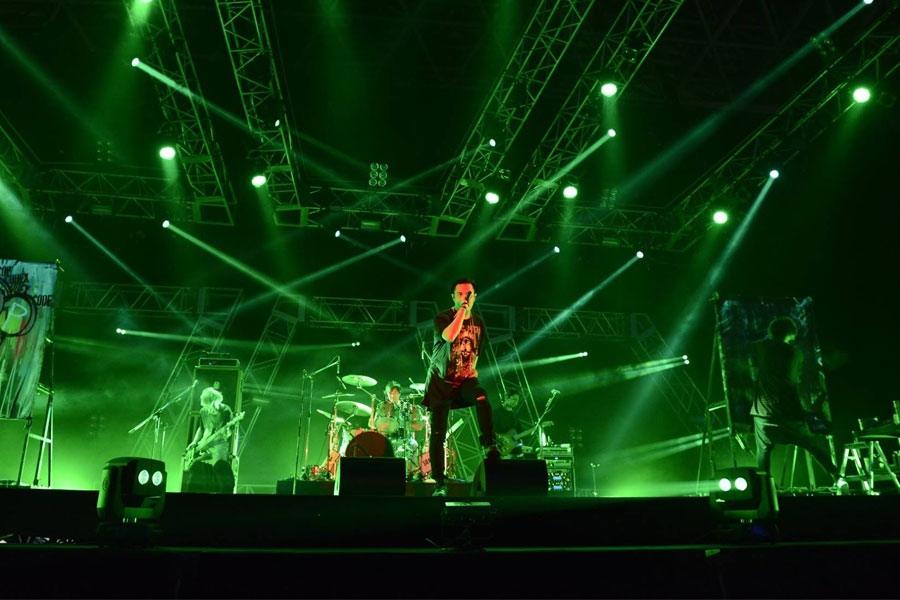 The trademark Sónar blend of intricate techno, expansive post-rock and flowing electro has found one of its new international homes at the Hong Kong Science Park. 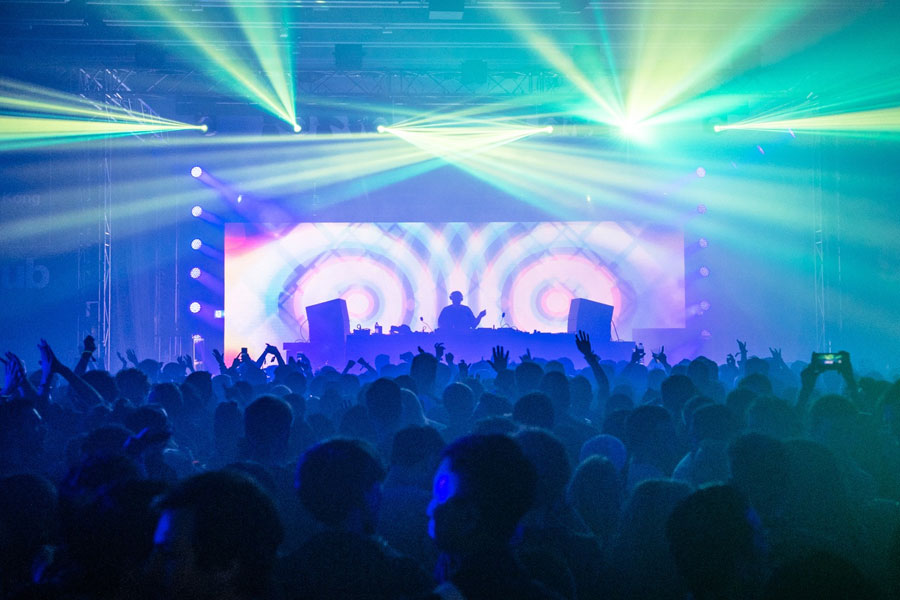 Fuji Rock is probably Asia's best-known festival across the world, with 100,000-strong crowds having come from far and wide every year for the last 20 years. Fun fact: the festival has taken place almost 150km away from Mount Fuji since its third edition in 1999. I guess 'Naeba Ski Resort Rock' wouldn't quite have the same ring. 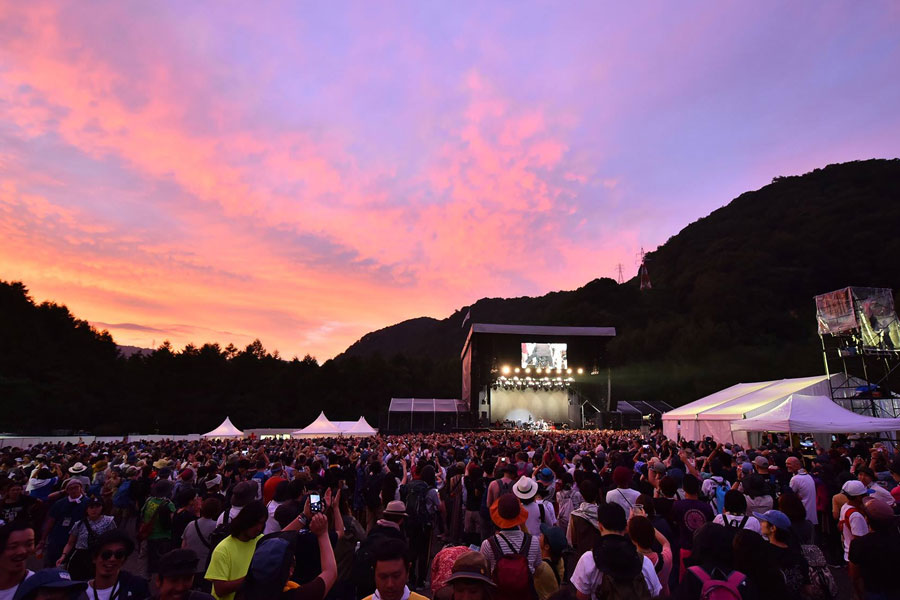 Gargantuan EDM lineups, stage production to rival the biggest European and North American festivals, and the glorious surroundings of Maharashtra state: Sunburn has a claim to be the biggest jewel in Asia's festival crown. And it's just a few hours out of Mumbai. 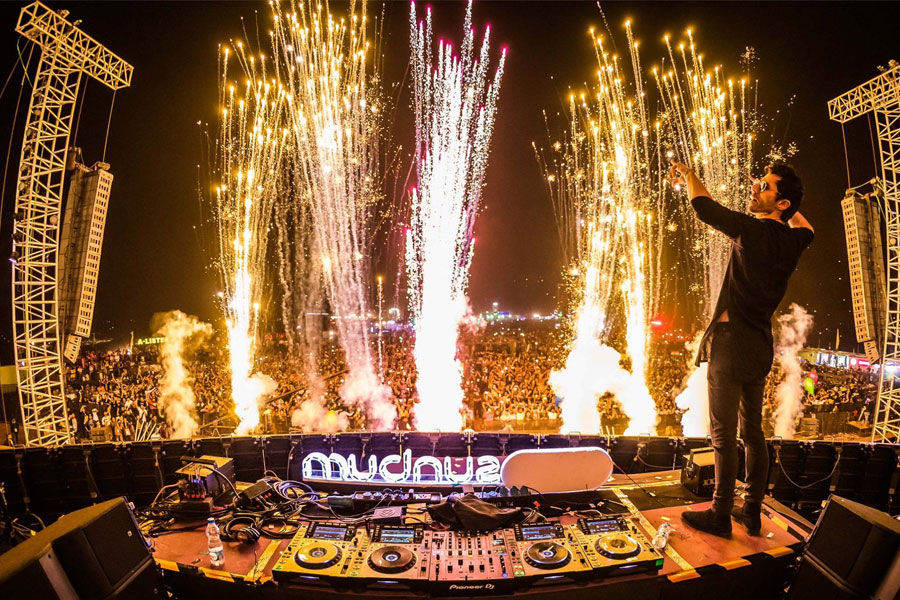 Held on the site of a modern resort built in the stunningly scenic hills above Kuala Lumpur, Good Vibes Festival has quickly become on the biggest anywhere in the region. Big name international stars populate the top end of the lineup, with Malaysian music brands and promoters hosting smaller stages to showcase national talent. 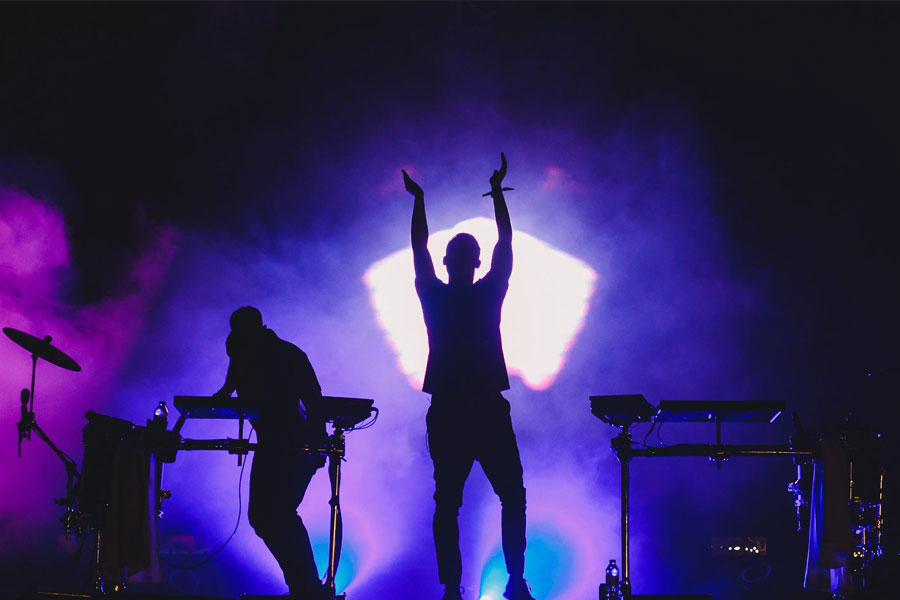 Born in Frankfurt, Germany, but now fully established in Incheon, World Club Dome does stadium EDM as well as anyone. It's 3 days, 20 stages and 200 artists' worth of big room, progressive house and the occasional shade of a more underground techno sound. 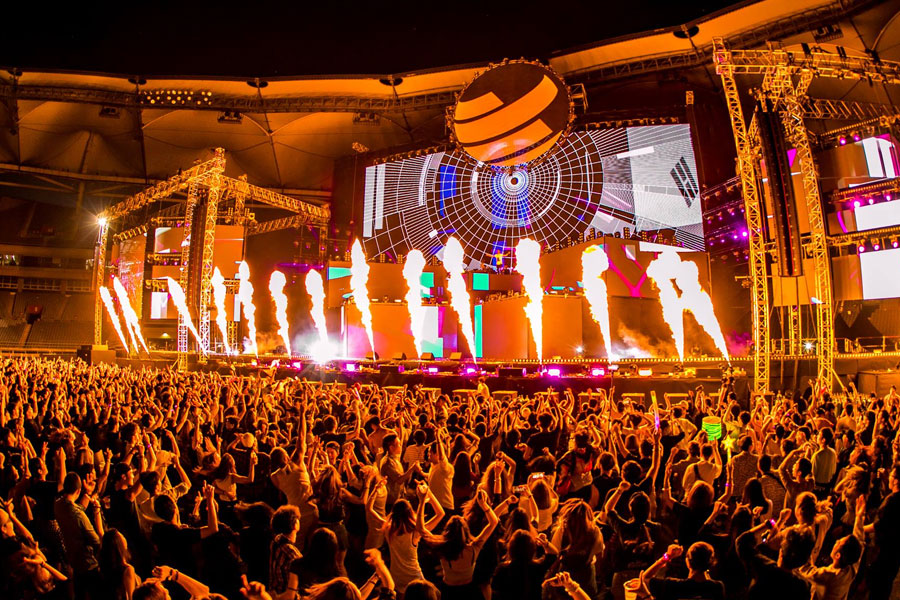 The footprint of Miami's dance music giant is now well and truly global, with editions in Seoul, Singapore, Bali, Shanghai and Tokyo making up the Asian contingent. Expect the biggest DJs going, and UMF's signature production at every location. 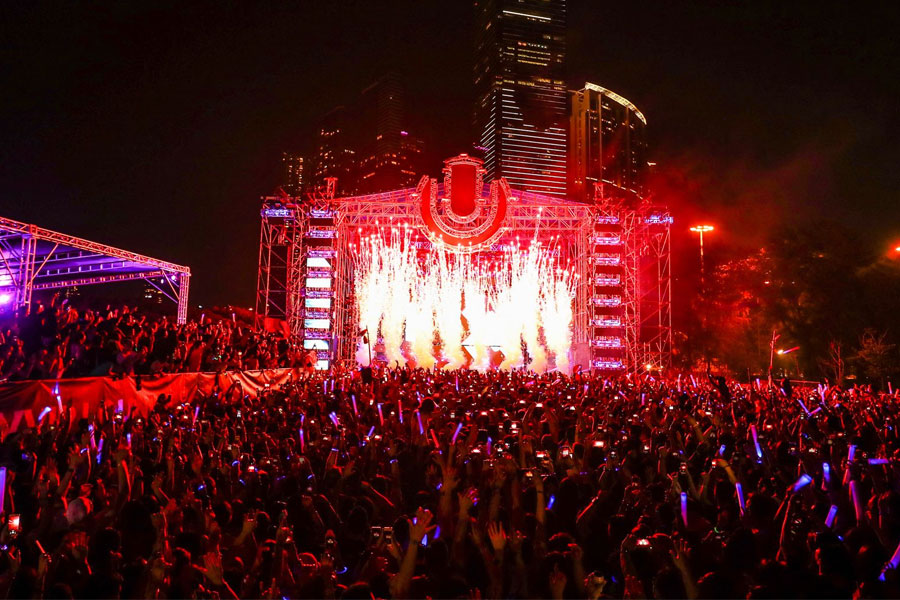 ZoukOut claims the title of Asia's largest beach music festival, and with A-list house lineups year after year it's no surprise the crowds are consistently among the biggest around. 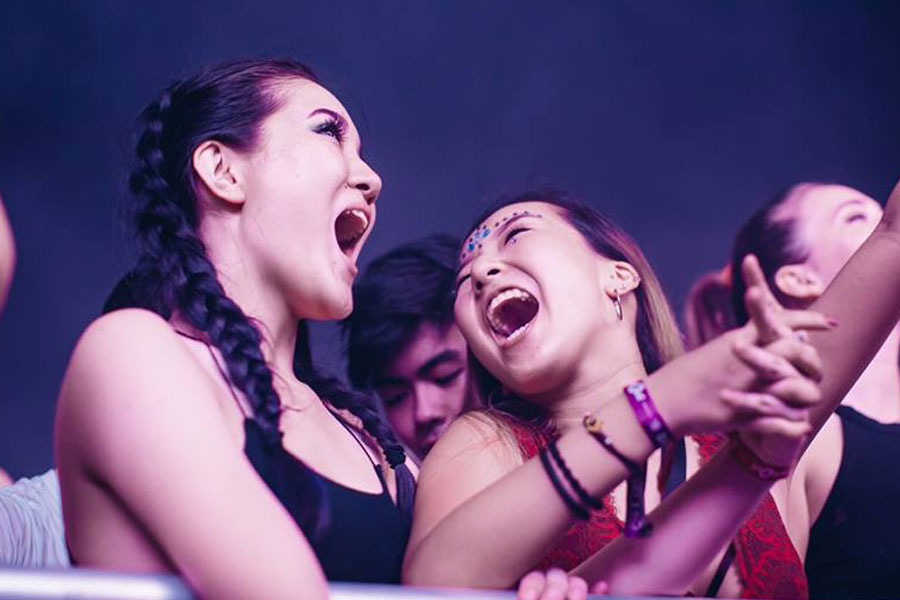 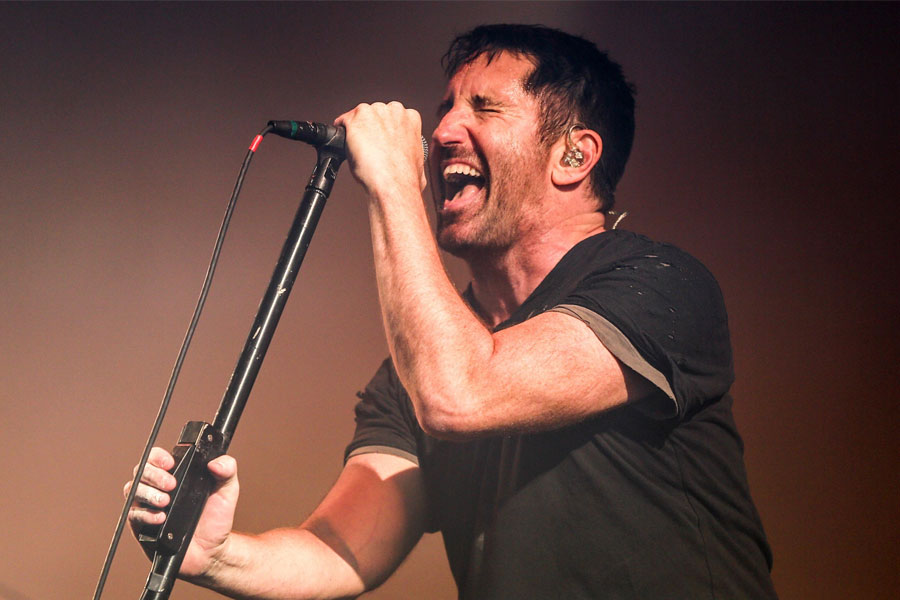 DLDK has quickly proved itself to be one of Amsterdam's premium EDM party brands, hosting shows and festivals around the world. Thailand is a regular feature, with star-studded lineups, stages and fireworks lighting up the Bangkok skyline each year.

When & where: 14 September; Bangkok, Thailand 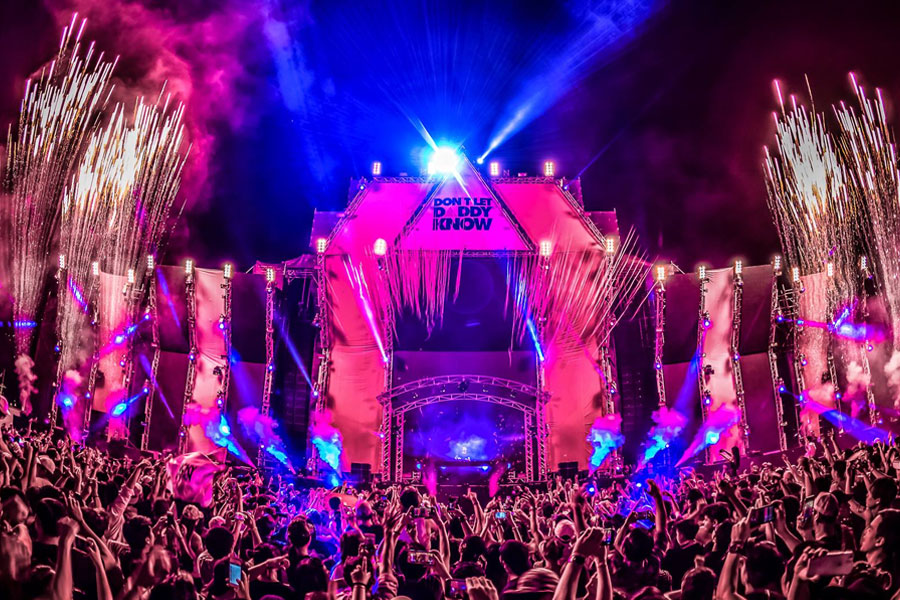 We presumed this festival would be something special in its inaugural year, and it did not disappoint.

The magnificent location coupled with a strong lineup ensured that the trek up The Great Wall was utterly worth it. 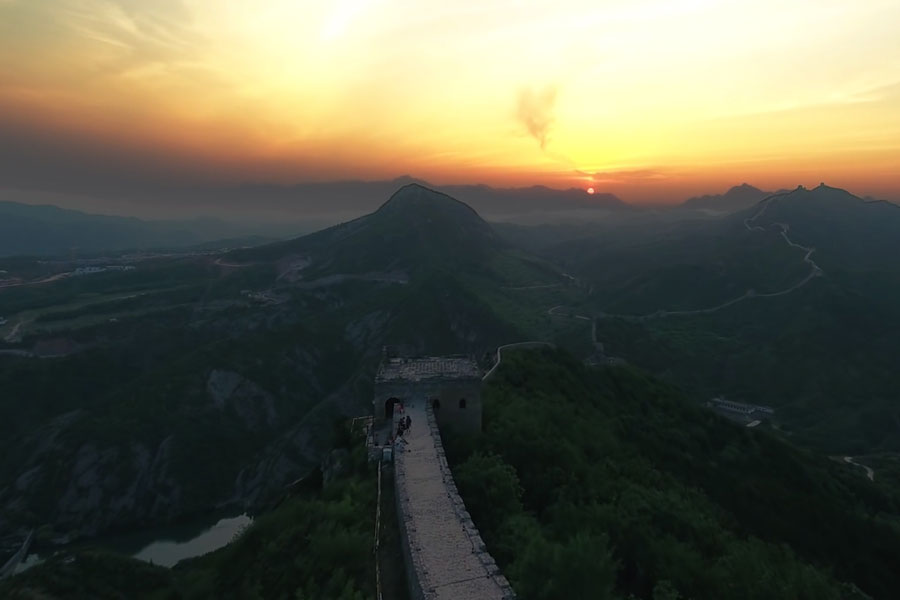 No relation to Manchester's The Warehouse Project, the Jakarta festival of the same name (which uses an alternate spelling of its host city) brings seriously impressive house/trance/EDM lineups to Indonesia each December, embellished by expansive production levels. 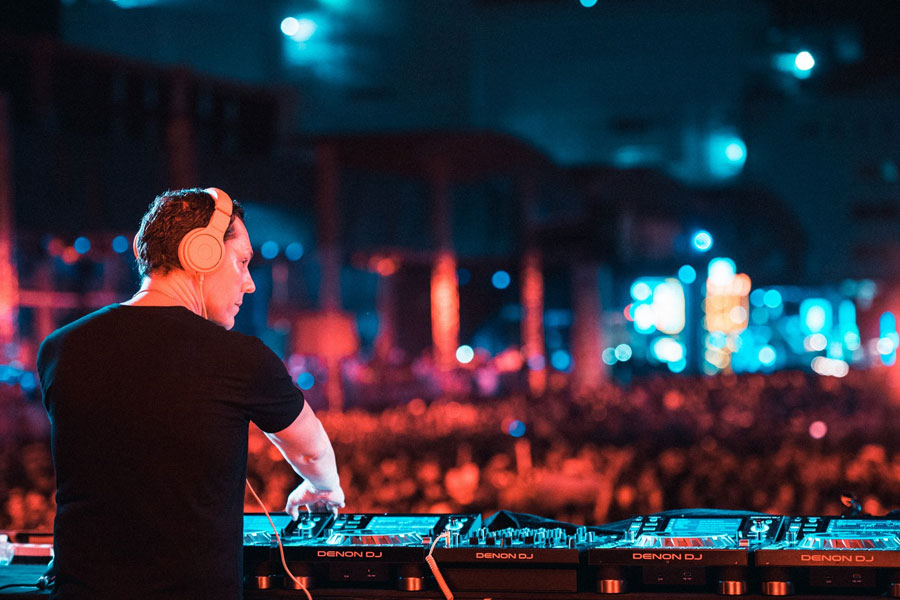 Like most jazz festivals around the world, Java Jazz has widened its lineup in recent years to include pop, soul and the odd splash of rock. Whether because of or despite that, Jakarta's headline festival remains the biggest jazz gathering in the southern hemisphere, with well over 50,000 showing up across the 3-day programme and now in its 15th year. 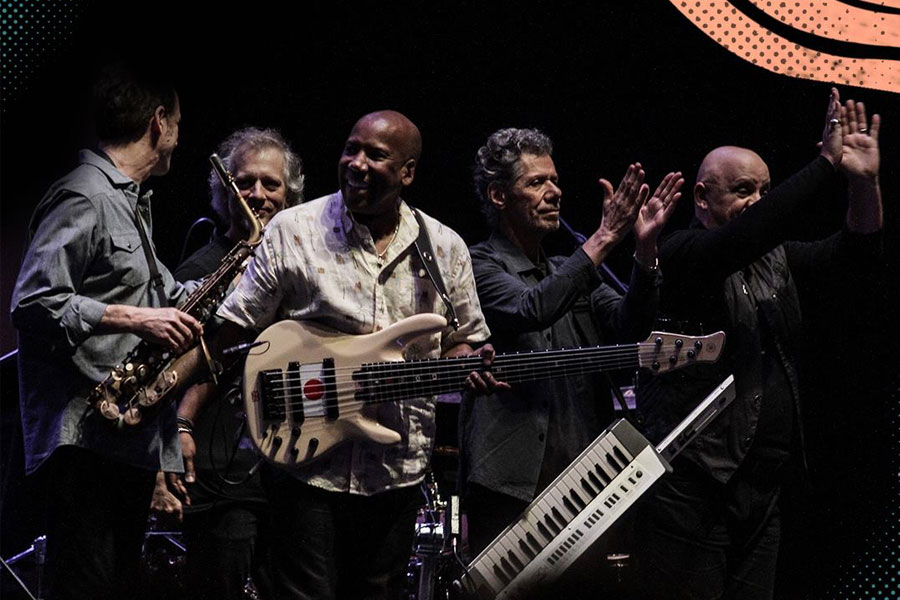 Hong Kong's biggest and oldest music festival wins all the prizes for most original name. It also lays on a family-friendly weekend of film, visual and performance art, crafts and music, right in the heart of the city. 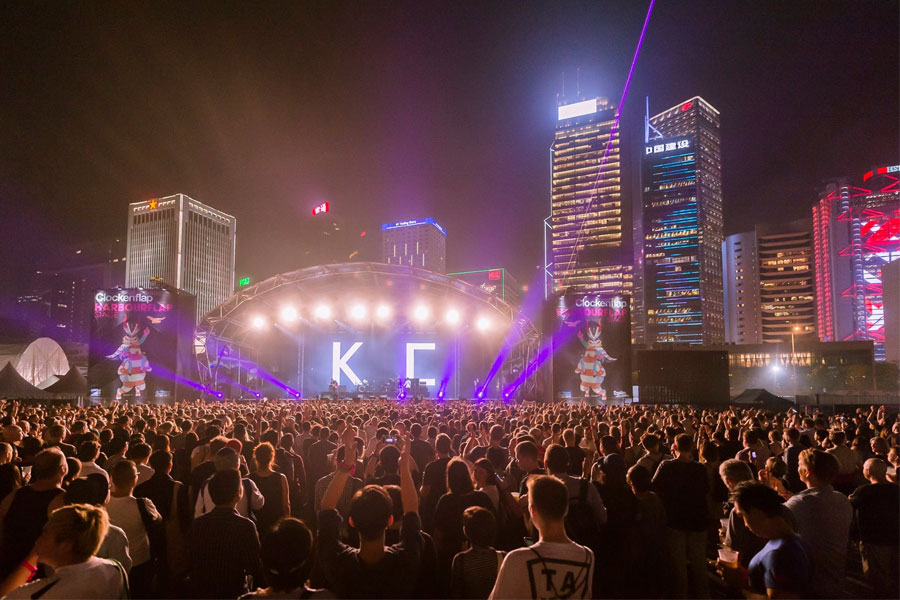 Another of Jakarta's stand-out festivals, We The Fest celebrates music, arts, fashion and food at the city's Parkir Timur Senayan. Lineups lean from indie and rock to pop and hip-hop. 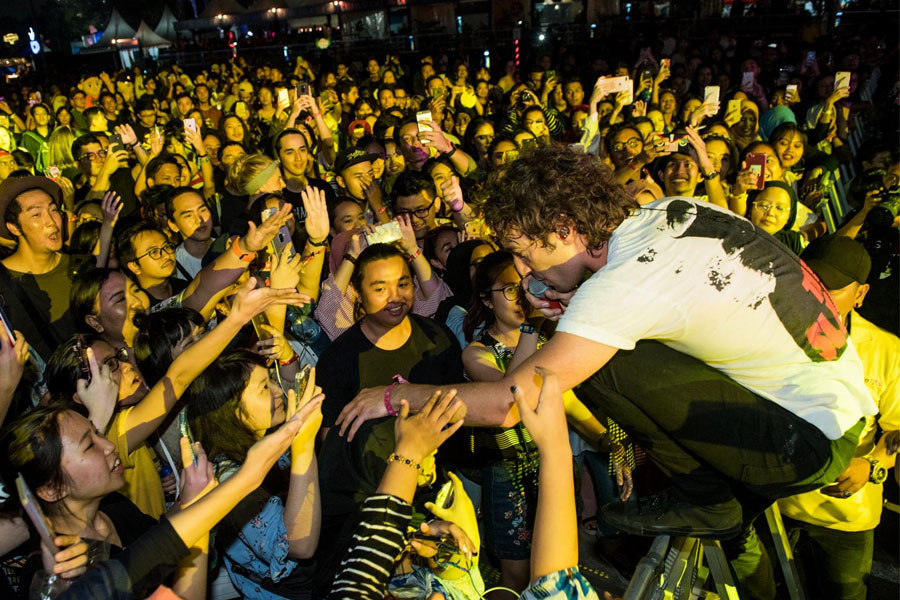 True to its name, Big Mountain Music Festival takes place on the aptly-named Big Mountain (Khao Yai in Thai), just a couple of hours north-east of Bangkok. BMMF has become one of the biggest festivals in Southeast Asia, led by Mr. Steak – its distinctive cow mascot. 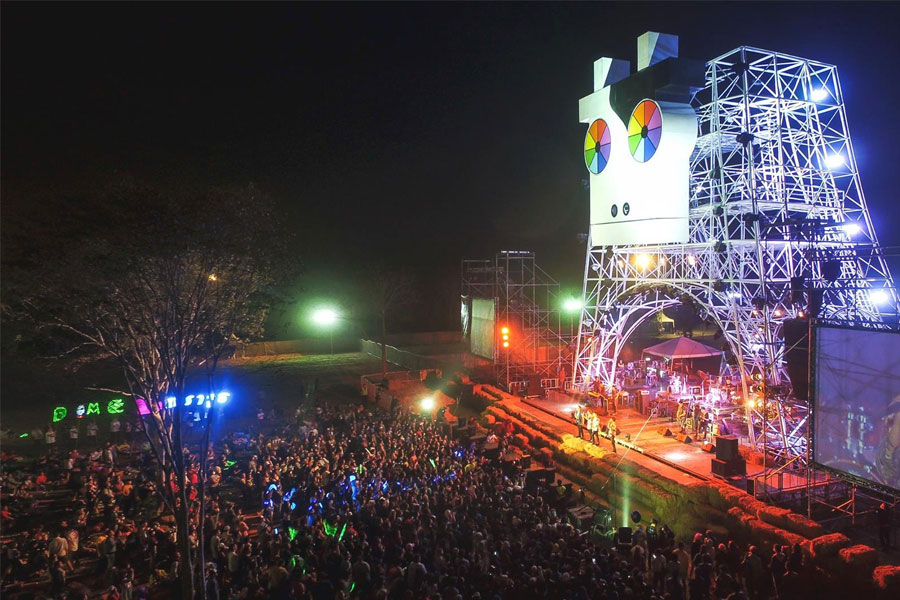 Setting sail on a luxury cruise ship from Singapore to Phuket, with your trusty shipmates being superstar DJ's and thousands of music fanatics sound like your kind of adventure? Seems pretty sweet if you ask us. 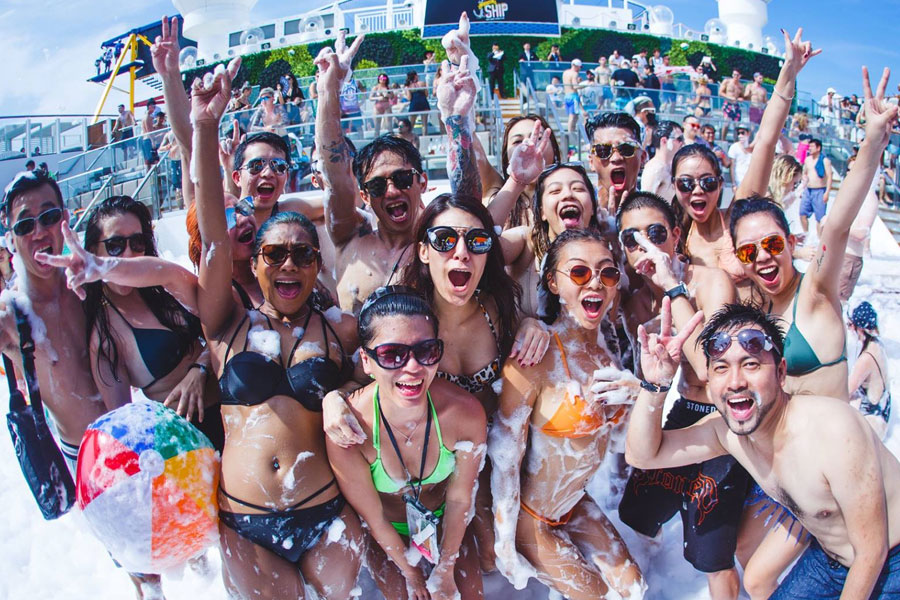 Even with recent competition from Ultra and World Club Dome, Seoul's World DJ Festival still holds out at the very top of South Korea's electronic music scene. There's also a more varied feel to each year's lineup, with harder styles and techno featuring more prominently than on its competitors' lineups. 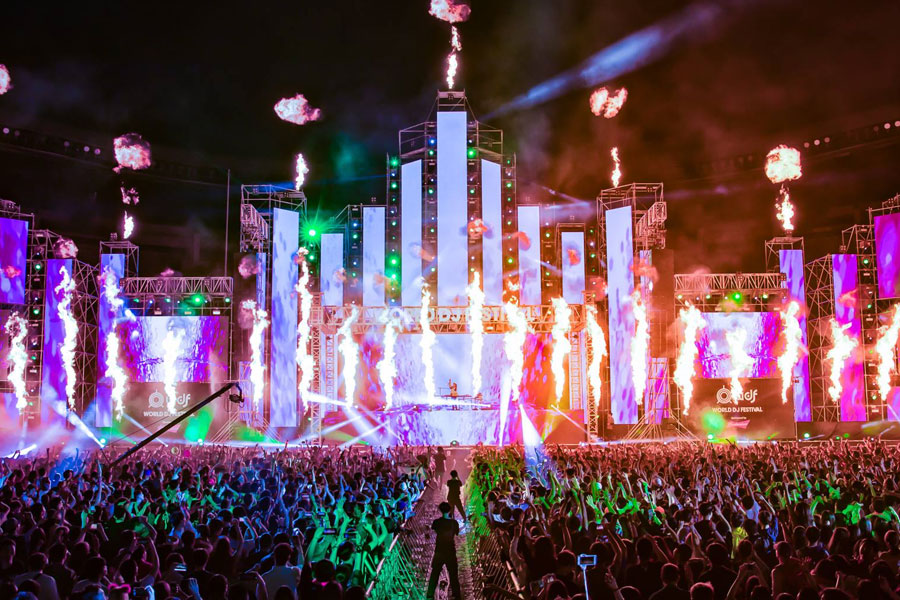 Laden with J-Rock and J-Pop stars, Rock in Japan brings a high-profile counterpoint to the country's big international festivals like Fuji Rock, Valley Rock and Summer Sonic. With over 60,000 festival-goers through the gates each day, it's incredibly popular for homegrown talent.

When & where: Dates for 2019 TBA; Hitachi Seaside Park, Japan 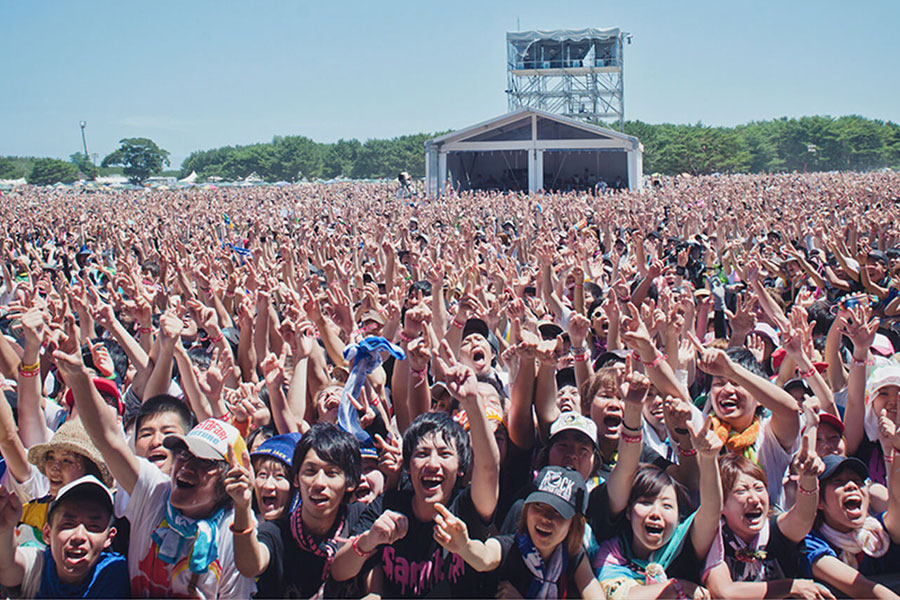 From Las Vegas to Japan via Mexico and Orlando, Electric Daisy Carnival is renowned the world over for explosive, immersive parties soaked in atmosphere the biggest EDM/dance music at every edition. 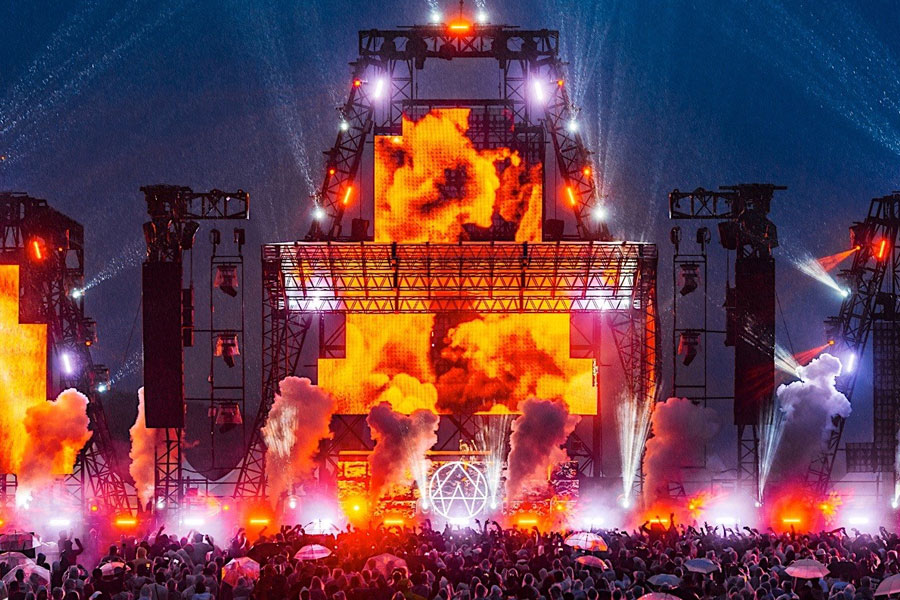