As we eagerly await the launch of tickets for Tomorrowland Brasil, we'd look at some other South American wonders fit for premium fans of bass, beats and all round good times!

Hosted in the magical party city of Rio, Chemical Music Festival is the largest underground electronic festival of it’s kind in Brazil. Presenting massive “super parties” across two days, the wide Marina location is just 10 minutes from the beach.

Past headliners include Magda, Kaskade, Tale Of Us and Gui Boratto, check out the teaser for last year’s event below:

Originally held in West Berlin, Germany the Love Parade was an electronic festival and street parade which was seen as a peaceful demonstration, where music was the main character. However after the tragedy of 2010 where 21 people died and 511 people were injured, the event soon stopped officially happening in Germany.

Replicated in various cities around the World under the idea of “One World, One Love Parade” various cities continue this honour, particularly in South America, with events haven taken place in Argentina, Chile and Venezuela.

It’s hard to pin down one official website with plenty of 2014/2015 events happening, it’s best to do some research! The Chile one in Santiago usually happens around January with dates confirmed at the end of the year, check out this video from the first ever Love Parade in Chile:

Mysteryland begun it’s journey in the Netherlands but recent years have seen the event also travel to United States and Chile. From the minute you step into Mysteryland’s fairytale expect to see over-the-top decor, themed parties, overblown balloons, furry animals in the forest and so much more.

Seen as a worthy competitor to Tomorrowland, Mysteryland is a fantasy ride for all electronic music fans, featuring big headliners along with underground gods of the various sub-genres, it trully is a colourful explosion. (If you are interested in the Netherlands edition, you can join our waiting list here)

Showing that South America is one of the best destinations for music festivals, Ultra is another festival that started in another country but just had to come and experience the South American vibe, especially in Argentina.

Celebrated as one of the wildest summer parties around, Ultra Buenos Aires is the another sister event of Miami mammoth, where you can go hard or go home, as the EDM elite entertain those who want the night to last forever.

(If you can’t wait for Ultra Buenos Aires to go on sale, we currently have some great packages for Ultra Europe in Croatia)

Another event with an Argentinian itch to scratch is Germany’s Time Warp, who after taking it’s techno-tastic visual and audio spectacular across Europe, also decided to branch out to Argentina.

2014 was the first year that Time Warp appeared on the South American continent and we predict it won’t be the last. If you want a taste of Time Warp before the next Argentinian event is confirmed or not, you can check out the New York edition here, and the Netherlands event here. 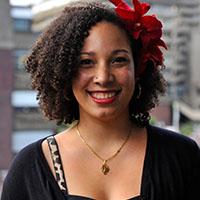