Travel Spotlight: The Best Things to Do in Madrid

Let's just come right out and say it. Madrid has not got the same reputation as Barcelona when it comes to being a tourist destination. I think it might actually be a legal requirement to say something along those line in any guide to the Spanish capital, so I'm glad to have got it out of the way this early on.

In all honesty, a lot of the natives are pretty happy about this being the case. For one, it means fewer boozed-up Brits causing a ruckus, and any local hotspots and hidden gems are more likely to retain their charm.

That said, with the birth of Mad Cool in 2016 the Spanish capital gained itself a festival that can already claim a seat at the top table of the European, if not global, festival scene. And with a capacity of 80,000 people each day for this year, the city is definitely going to be a busy place to be when 12 July rolls around.

If you're lucky enough to be heading to Madrid for the new festival giant, here's a little run down of some of the areas you should make an effort to check out when you have the chance. The good news, they're all well within half an hour's walk of each other. And even better news, you can get to the new festival site really easily on the metro from all of them.

Although the word has basically lost all meaning these days, Malasaña can probably lay claim to being the 'hipster' area of the Spanish capital. It has a rich creative, artistic, musical and counter-cultural history. Which in real terms basically translates as "there are loads of 'trendy' restaurants, bars and clubs, some street art, and a decent helping of fashionable looking people". Like Madrid's answer to Shoreditch, if you'll allow me to indulge in some faintly lazy, London-centric comparison. 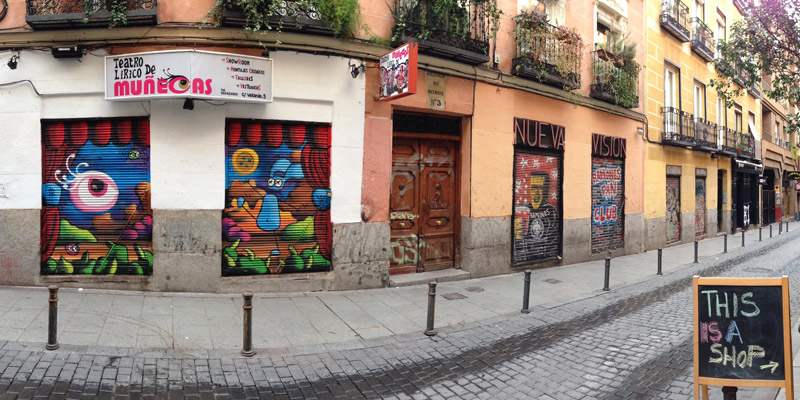 Vacaciones Cocktail Bar is, as the name suggests, a great place to go for a drink in the evening. But it's also a brilliant brunch spot, so feel free to head there at basically any time of day (as long as it's open, obviously).

Another place you have to visit is the Chocolatería San Ginés. Thanks to the fact it's open 24 hours, it is particularly popular as a place to get breakfast churros after a whole night of partying. So we reckon that's how you should experience it as well, after a night in Malasaña's bars and clubs. 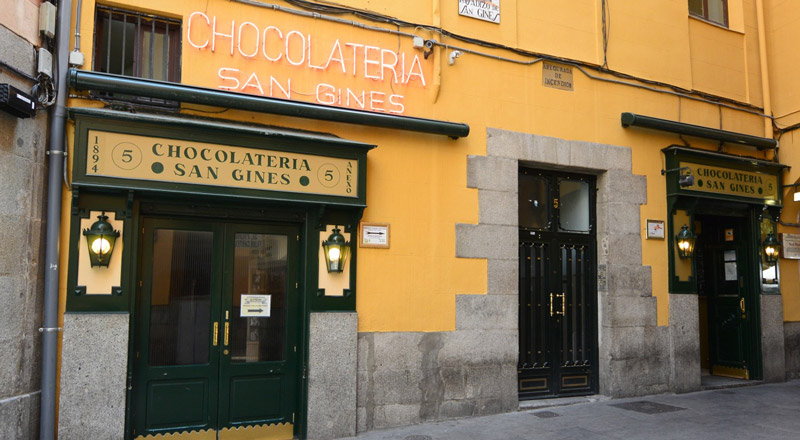 Just next door to Malasaña you'll find this vibrant neighbourhood, which over the last decade or so has become the de-facto hub of Madrid's gay community. It now plays host to the huge Madrid Pride event each year (taking place from 28 June - 4 July in 2018), but year round it's a lively, inclusive and exciting place to visit, filled with bars, bookshops and boutiques. 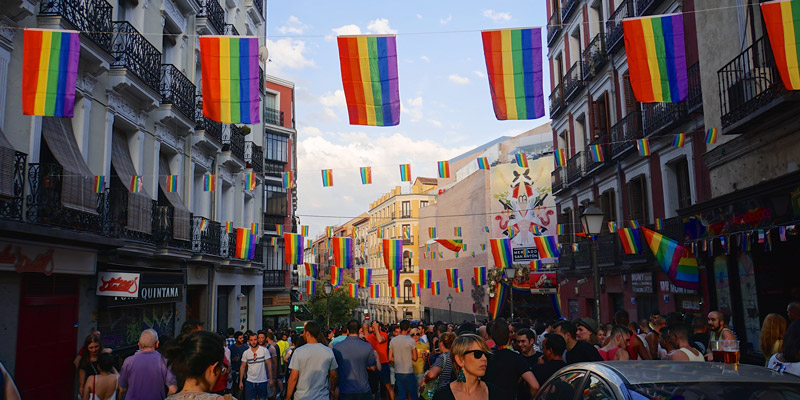 Anyone who knows Madrid knows that El Tigre is basically the cheapest place to get a drink in the city. And what makes it even better is the frankly ridiculous amount of free food you get with each drink.  We're talking less than €5 for dinner and drink here. It's that great. 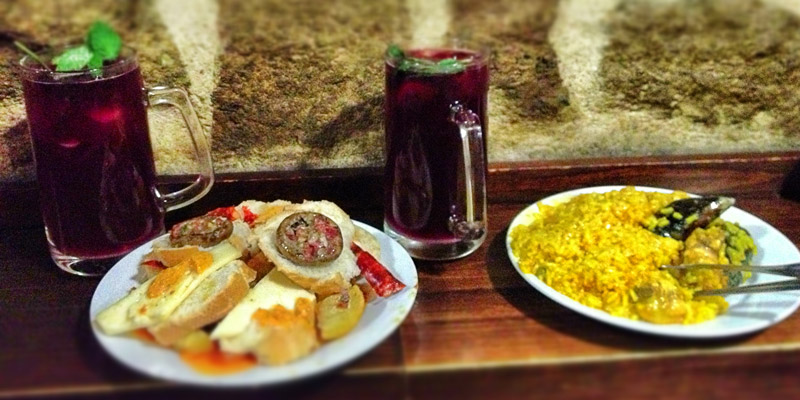 Although not actually a barrio itself, Sol is more or less the centre point of Madrid, and is without doubt its touristic hub.

If you're visiting a new city, it's only right that you see some of the history of the place. And the best way to do that in Madrid is to have a wander around the area known as Los Austrias, which gets its name from the architecture built during the rule of the Habsburgs (back in the 16th/17th century).

The famous historical focal point is the Plaza Mayor, but there's also the Plaza Villa, Palacio de Santa Cruz and all manner of other impressive historical things to see, all within about 500m of each other. 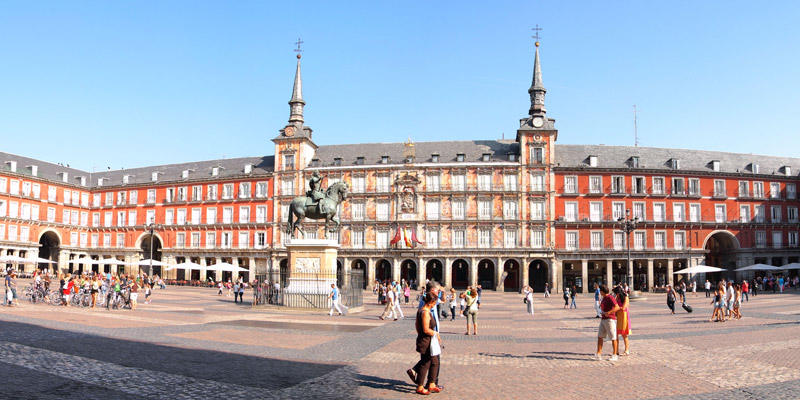 Slightly to the east of Sol you'll find the cultural centre Círculo de Bellas Artes. Not only is there a programme of music, theatre and the like, but the rooftop has incredible views of the city. Get yourself up there for a drink (it's well worth paying the entry), and soak up the impressive cityscape. 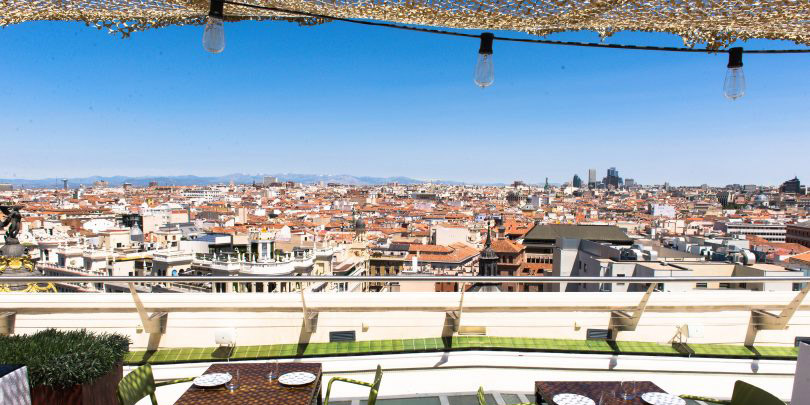 You're in the capital of Spain. You fancy a bite to eat. What are you going to have? You're going to have tapas, obviously. Everyone knows that tapas is all Spanish people eat. Breakfast, lunch and dinner. They can't get enough.

"But where am I going to get tapas from?"
The area of the city that has lots of tapas restaurants, that's where.
"And where's that?"
It's La Latina, obviously (see big header above).

If you've really got a hankering for those sweet little plates – and the array of tasty delights thereon – you could even embark on a 'tapas crawl' of the area. Really get amongst it. 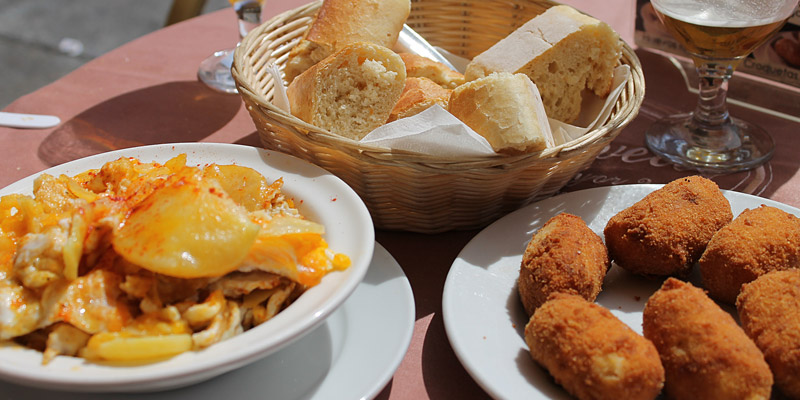 On Sundays, the best way to work up an appetite is by paying a visit to the city's biggest and most famous flea-market: El Rastro. Wander about the multifarious stalls selling all manner of curiosities, from clothing to collectibles, and before long you'll be hankering for some lunchtime treats. 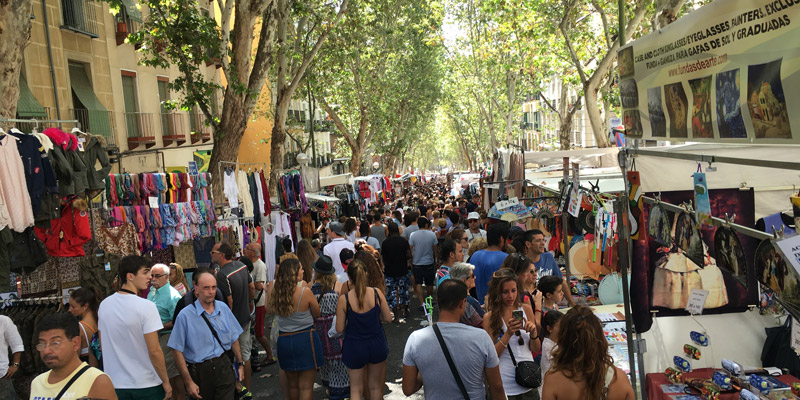 Lavapiés is the city's most diverse barrio, with immigrant populations from across the globe bringing a unique character to the area, with restaurants offering cuisine from far and wide lining the streets. The area is also home to a number of cultural centres for community and artistic projects, as well as an array of bars, cafes and meeting points with a noticeably bohemian and counter-cultural feel. 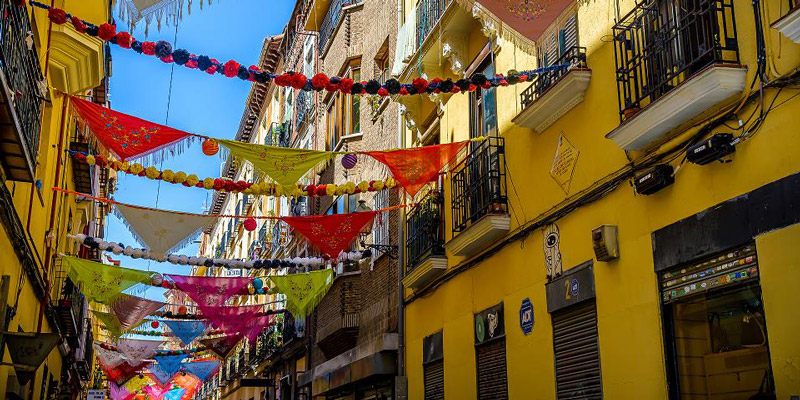 If you want to see some of the city's best art exhibitions, there is no better place to visit than the Museo Reina Sofía. Not just the home of Madrid's most famous painting, Guernica by Pablo Picasso, it is actually one of the world's biggest (and best) museums for modern and contemporary art. 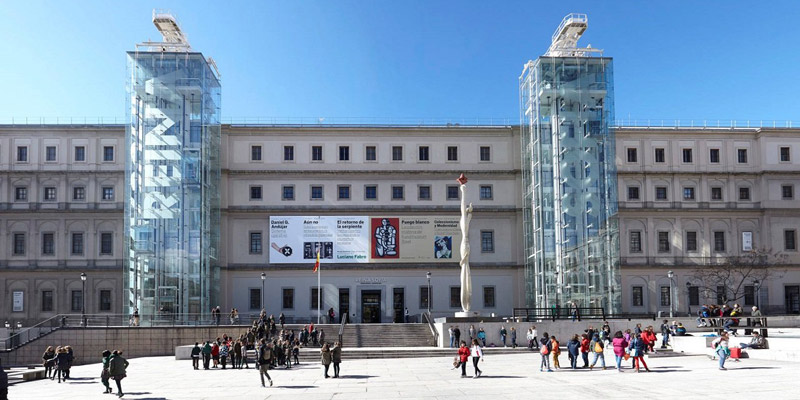