The year is drawing to a close, and as always, it becomes the appropriate time to gaze back into our memories with rose-tinted glasses, reminding ourselves of the highs and lows of the boundless performances from the annual festival circuit.

We were treated to some stellar performances from returning behemoths and up-and-coming contemporary greats this year, so we've cherry-picked our top ten for your perusal.

Ranging from absurd to aggressive, charming to caustic, and unique to iconic, here are the best festival sets of 2018:

Whilst fans patiently anticipated a carbon-copy sequel to 2013's global phenomenon AM, Alex Turner and co. were having none of it. Tranquility Base Hotel and Casino both astonished and appalled pockets of their fanbase with its retro-futuristic dystopian lyrical content, and the lounge jazz-come-crooner personas behind it.

For their triumphant return to the UK festival limelight at TRNSMT, however, the Monkeys proved they're still an indie-rock titan with the headline-worthy anthems to prove it. Even sparking an unexpectedly rabid sing-a-long with recent single 'Four Out Of Five', their setlist was peppered with the tracks we've come to love and cherish. It was like they'd never left.

Reuniting at the very same festival where they had once called it a day, after months of industry rumours Swedish House Mafia returned to headline EDM spectacle Ultra Music Festival earlier this summer. We now know they're touring together next year, but when they performed their superfans were none the wiser, treating it like a second-coming of sorts.

Updating their set with rapid-fire breaks and trap-bass crescendos, Axwell, Sebastian Ingrosso, and Steve Angello blasted out their era-defining hits like 'Don't You Worry Child', 'Save The World', and finishing on 'One'. The trio truly lived up to the hype, which is a likely contributing factor in their decision to tour as a collective EDM force once again.

A pre-cursor to being announced as next year's first Glastonbury headliner, based on this fevered performance at Wireless Festival its no wonder why he caught the eye of both Eavises.

Perhaps buoyed by England reaching the World Cup semi-final earlier that day, Stormzy utilised the euphoric atmosphere as a platform for his seminal headline performance. Taking a swipe at Teresa May and paying tribute to the victims of the Grenfell tragedy, the Gang Signs & Prayer grime icon's stage presence was magnified by the 40-piece orchestra and epic pyrotechnics behind him. To cap it off, he whipped up the 50,000-strong Finsbury Park crowd into chanting 'Three Lions'. What a day. 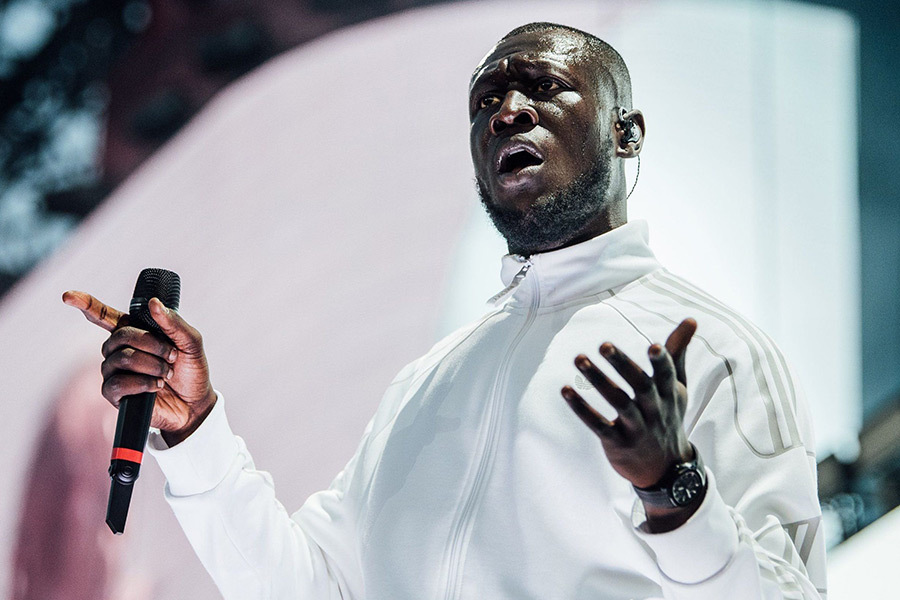 There's a valid reason why Charlotte De Witte's Tomorrowland set this year has become the most viewed online outside the headline acts; outlandish stage design aside, her fast-paced and uncompromising brand of techno enraptured those in attendance despite the grey, miserable, and drizzly weather.

Her natural charm and expertise behind the decks at her (kind of) homecoming show is infectious, and are both contributing factors in what's been a landmark year for the Belgian.

Definitely the hype-band of 2018, and rightly so. IDLES' brandish their 'woke' perceptions on the outdated confines of masculinity via break-neck speed punk rock, drawing huge crowds and initiating mosh-pits at each and every performance.

Rock Werchter was indicative of their blistering shows throughout the year; in the sweltering Belgian summer sun, all dressed in unflattering sports shorts (with the exception of guitarist Mark Bowen who stripped down to his Y-fronts), IDLES clattered through tracks from acclaimed recent albums Brutalism and Joy As An Act Of Resistance. Screaming along to every word and crowd-surfing like it was a recently discovered recreation, delight was strewn across the face of each onlooker proving that punk is alive and well.

A deluge of empowered performances from female artists lead to a landmark year for Primavera Sound, attracting the lion's share of critical acclaim. Perhaps, and if so thankfully, it proved to be the impetus to meet the 50/50 gender-split on 'The New Normal' lineup for 2019's edition.

It was Lorde, however, who was the weekend's standout performance. As the final night's proceedings drew in, the New Zealand pop-icon injected some essential melodrama, sauntering through highly anticipated tracks from her recent album (and aptly named) Melodrama. Her soft balladry and playful persona were welcomed with open arms by the Barcelona faithful, but it was 'Green Light' that gave the green light to dance their socks off into the night.

Given her documentary 'MATANGI / MAYA / M.I.A.' was released earlier this year, it seemed as though the ever-outspoken rapper would be taking a back seat in regards to live performances. This clearly was not the case with her headline set as the closing act of Bestival, which provided all the rhythm and flair expected from the provocateur.

Choice cuts from her back catalogue proved to be a winning formula for the fancy-dressed festival-goers, with tracks from debut album Arular leading through to the big bangers of Matangi and AIM. Bold and vibrant as ever, M.I.A. put politicism to one side and cranked up the spaced-out party vibe for the final hurrah. 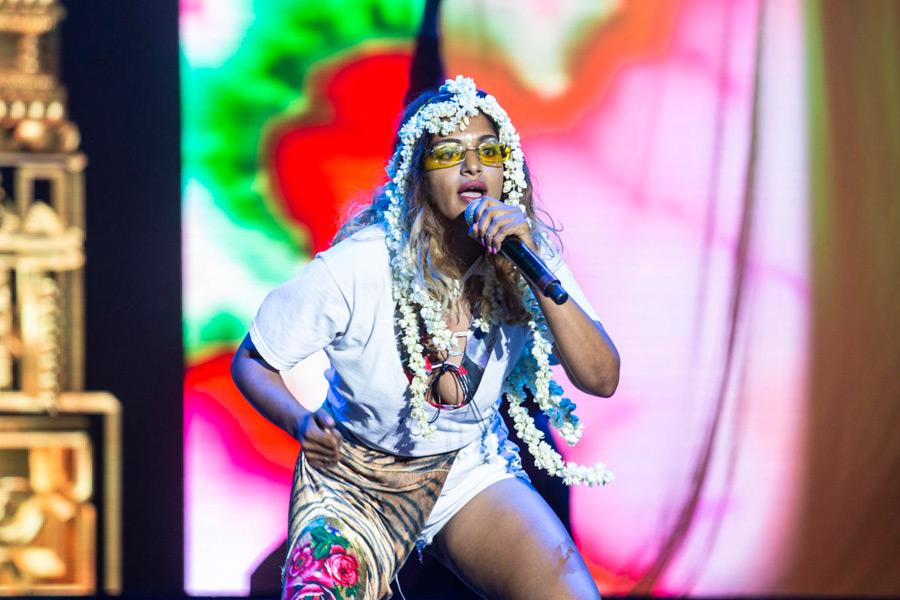 Albeit it one of the world's most renowned rappers before the release of his third album Astroworld in August – conceivably owed to his celebrity status as much as his burgeoning craft – Travis Scott cemented his standing as an elite contemporary rapper at Governor's Ball throughout the summer.

Engulfed in flames as he opened his set, it was a stark contrast to the soggy weather, whipping up the crowd into a frenzy who's spirited noise remained passionately un-soggy throughout. A sneak preview of sorts for his upcoming album, Scott broke out with 'Stargazing' before slaying through earlier tracks like 'Mamacita' and '90210'. Staring down the barrel of unprecedented fame and adoration, Travis Scott justified his credentials emphatically.

Bring Me The Horizon, Reading Festival

The sought-after festival secret set succeeds each and every year as a festival-goer highlight; the "I was there!" exclusivity factor often trumping that of the headliner spectacle. Low and behold, history repeated itself at Reading Festival when Bring Me The Horizon's live comeback occurred in the Radio 1 tent during the afternoon.

Having released new single 'Mantra' only a few weeks prior, their eager fanbase must've rehearsed the lyrics, especially for this instance as each word was screamed directly back at frontman Oli Sykes. A short and sweet but searing 40-minute set only whetted appetites further, though lucky for some, they'll be returning to headline All Points East next summer.

Creating history becoming the first black woman to headline the Californian festival, rather than simply stealing the show, Beyonce likely made promoters blush by showcasing why she hadn't been appointed years before. No surprise it was given the moniker 'Beychella' then.

A two-hour set, complete with the pop-cultural behemoths so ingrained into our psyches ('Crazy In Love', come on) it's an immediate on-switch to dance, cry, and scream with joy. Proving her vocal chops as we'd expect, Bey brought out her fellow Destiny's Child members Kelly Rowland and Michelle Williams for a nostalgic melee to boot. Coachella have an almost unattainable task of exceeding this year's headline act, so I'd recommend booking Beyonce. Again. 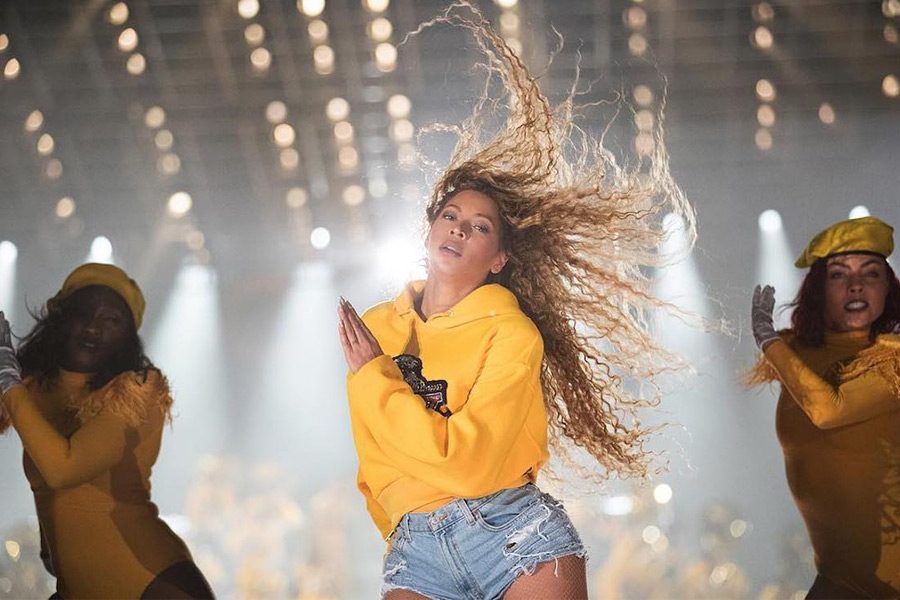