Okto-beer-fest would be a better name for the massive festival that happens each September in Munich, Germany, to celebrate all things Bavarian. The beer served there is some of the best you'll ever taste, with Bavarian purity standards (Reinheitsgebot) in place to ensure that there are only three ingredients: barley, hops and water.

Only beer brewed in the Munich area is allowed to be called Oktoberfest beer, and there are six breweries that qualify. Their beer is brewed in March of each year and traditionally it's the leftover of the summer beer that they then drink at Oktoberfest. This means the beer is about 4 months old and has a high alcohol content (5.8-6.3%).

So which is the sup-beer-ior taste off the six? Here are your options:

This is the oldest brewery in Munich, being founded in 1328, and the only one to still store the beer in wooden barrels. The beer is described as pale, sweet, malty, buttery and of medium carbonation.
If you're not a beer connoisseur and it all just tastes like beer to you, this tent is still a great place to visit for the family-friendly atmosphere. 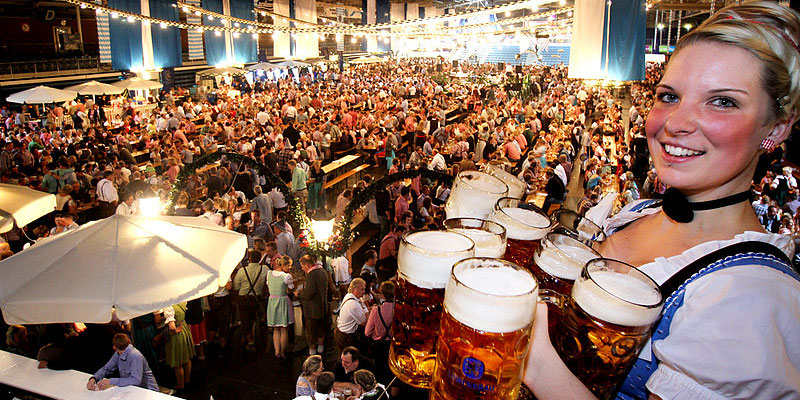 Founded in 1417, this brewery produces the lightest beer at Oktoberfest, which isn't saying much because the difference between the two extremes is 0.5%. It has a dark, caramel colour with creamy, bubbly and full-flavoured malt and hops. Yup, definitely a beer.

Hofbrau was founded in 1589 by Wilhelm V. and is the rowdy tourist tent at Oktoberfest, but also has the most space so the most chance of getting you a table. Their beer is the strongest one (which could account for the rowdiness). It is golden and bready and sweet at first, but with a bitter finish. Warning: downing this from a table in front of the entire beer hall will get you royally trolleyed.

From the 1400s, this beer has been making patrons roar with contentment for some 600+ years. It's supposedly light and sweet with a spicy aroma. You'll find all the good things here: bread crusts, honey, grains, bitterness.

This brewery joined the game later in 1624, but they hold their own. The brew is full bodied and rich with dark toffee and fruitiness. 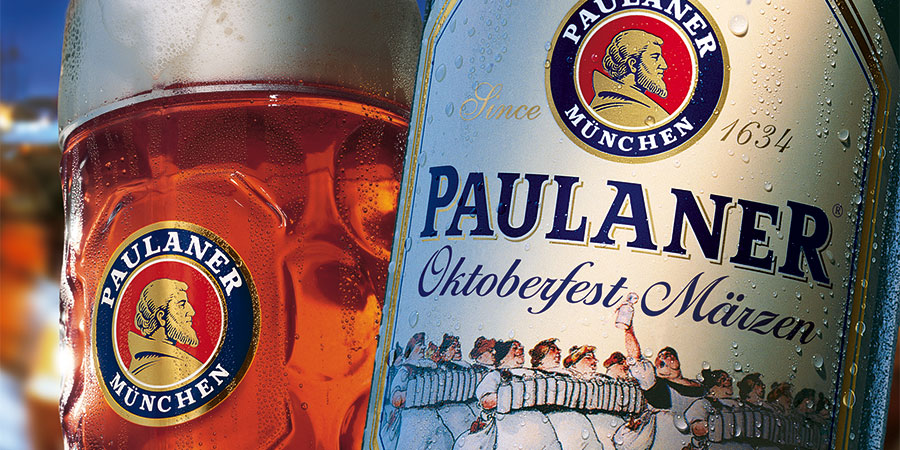 One of the oldies of yesteryear from 1397, Spaten delivers an Oktoberfest brew that is full-bodied with light hops bitterness, and is malty and sweet. Although it's still beer, so really how sweet can it be?

And there you have it. Step aside wine weirdos and gin geeks, the beer bourgeoisie is in town. Even if none of this made any sense to you and you have no idea about hops and bread crusts and bitter finishes, rest assured that you will only be served top quality beer at Oktoberfest and no matter which tent you visit, you will not view the world the same on your way out as you did on your way in.

Lisa Parsons is part of the team at Stoketoberfest, Festicket's partner at Oktoberfest 2016. Tickets and packages are available below.