The Best Festival Debuts of 2019

Afro Nation, Beat Hotel and Tomorrowland Winter, it's been a big year for new festivals. We celebrate those that made a more than noisy entrance in 2019.

Flying onto the scene and cementing itself as the biggest urban beach festival in Europe, Afro Nation's 2019 debut shook the Afrobeats, dancehall and hip-hop world, selling out in less that 24 hours thanks to a heavy-hitting lineup of Davido, Wizkid, Burna Boy and more.

There aren't many more special settings than aside Morocco's imperious Atlas Mountains, which is where festival newcomer Beat Hotel settled. An experience as much as it is a music festival, Beat Hotel showcased four days of music, art, wellbeing and food at the stunning Fellah Hotel just outside Marrakech.

Gilles Peterson, Worldwide FM, and Brownswood Recordings brought their musical eclecticism to the Cambridgeshire countryside in August 2019 for the first edition of We Out Here, curating a festival that delved into soul, jazz, funk, R&B, hip-hop, Afrobeat, disco and electronic music.

March 2019 saw the mighty Tomorrowland head to the French Alps for the first outing of its winter edition, which saw it joined by its usual A-grade dance lineup that included Martin Garrix, Armin van Buuren and Dimitri Vegas & Like Mike for a week of partying in the picturesque town of Alpe d'Huez. 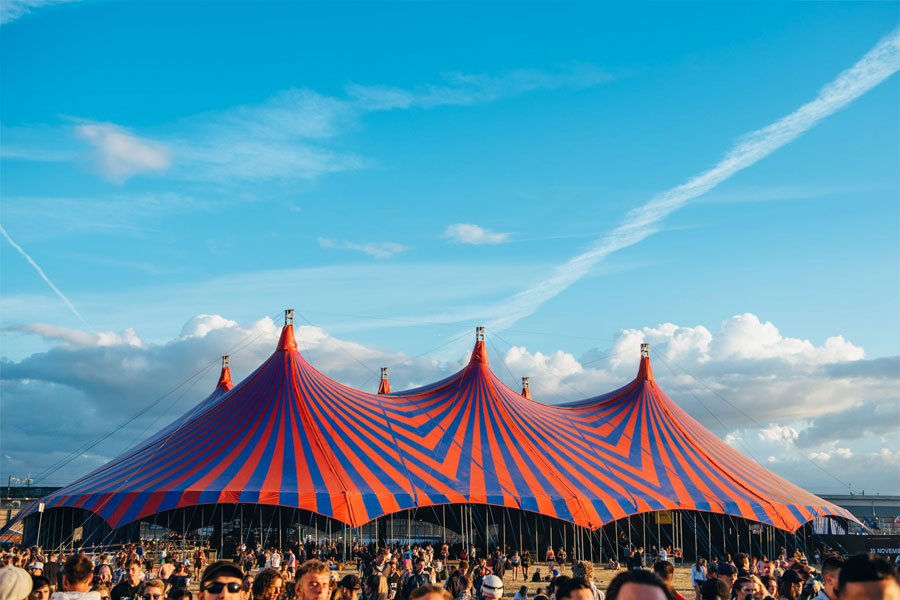 Promising to "bring together the city of San Diego and the sea in a way that no music festival has ever done before", Wonderfront showcased over 80 musicians across over seven stages on the city's waterfront back in November, including Dimitri Vegas & Like Mike, Miguel and MGMT.

Brighton came alive in June as some of the city's most respected promoters turned East Brighton Park into a showcase of house, disco, funk, soul and jazz, before Supercharged took over on the Sunday for a celebration of bass, grime, garage, DnB and more.