With a thimble's worth of sleep and a bucket-load of enthusiasm, we finally arrived at the most tranquil vistas of Beekse Bergen lake, home to Holland's alternative music haven Best Kept Secret, having travelled from hectic London in the darkest depths of the morning.

Searing heat, interactions with wonderfully charming festival-goers from all corners of Europe, and a welcomed helping of 'Dutch courage' revitalised our weary minds heading into a weekend of performances from a spectrum of artists that excitingly mirrored, and at times challenged, our tastes. 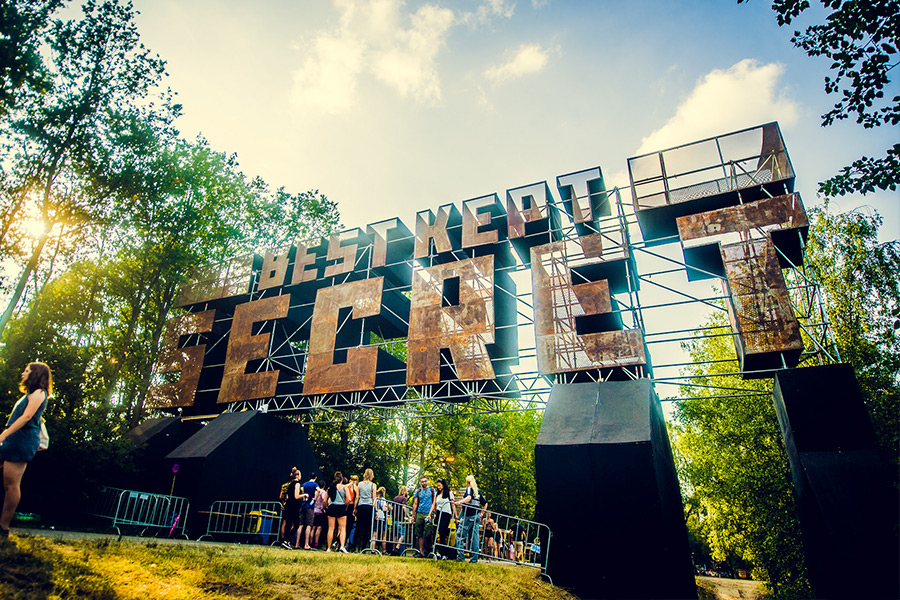 The focal point of the grounds was a vast but serene lake peppered with small beaches and around which were sprawled the various stages and campsites sheltered woodland. Sunlight trickled through the tall trees to give the campsite a dreamlike ambience, creating even more of a genuine sense of community, though admittedly with temperatures reaching 31 degrees by mid-morning sleeping off a hangover alone in your tent was hardly an option. 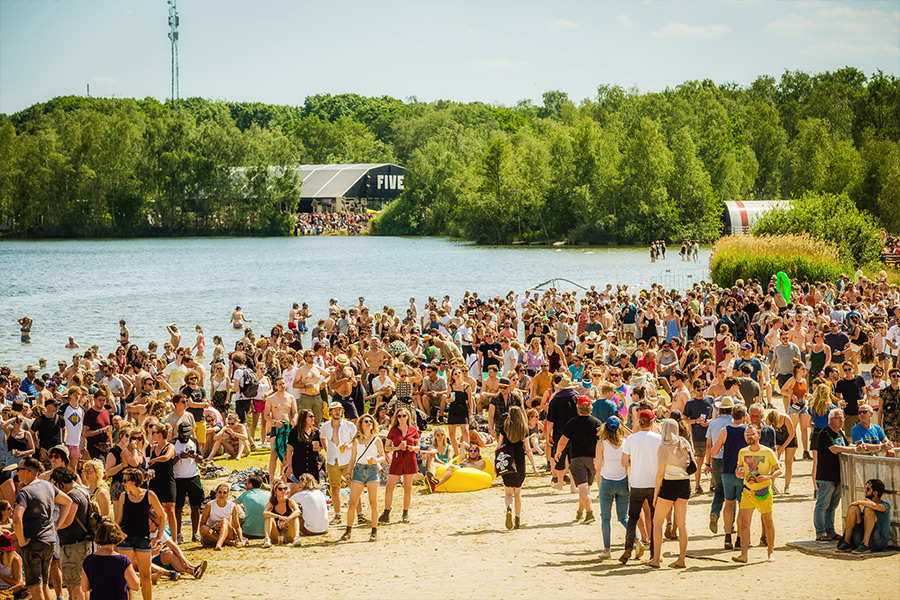 Walking around the camp in the day you could see people playing dice or cards, taking part in a pop quiz, or cooling off together on the slow and pleasant route to the festival. The first stage to greet you was Stage FIVE, one of the festival’s smallest but easily one of its strongest, if indeed it was possible to compare stages with admirably different creative aesthetics. Next to it was one of the best views of Stage ONE, where you could wade in the water and see the lake-bank spanning all the way to the mainstage with its larger crowds. 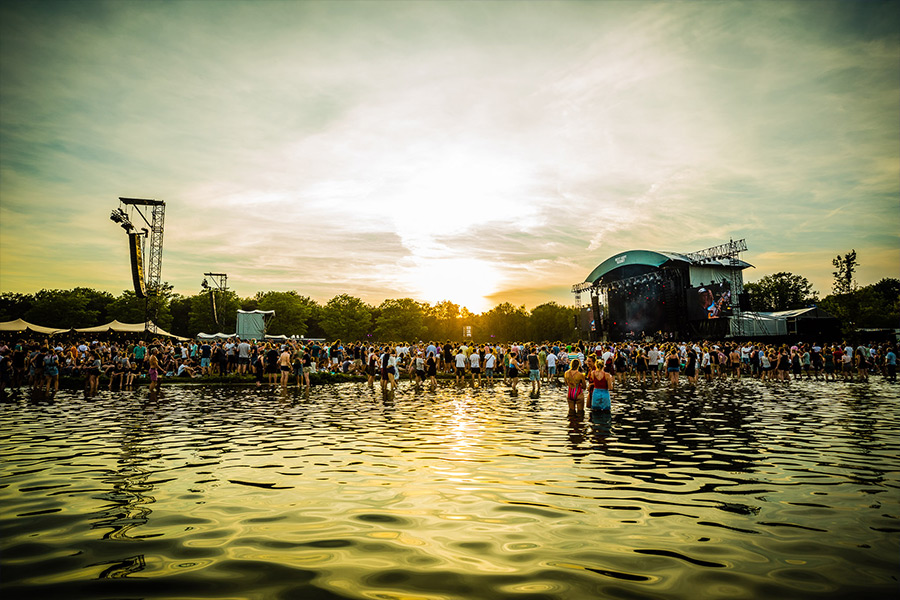 Our attention was normally turned the other way to this underdog, though, which was home to an unrivalled bill of mid-size alternative bands spanning folk/Americana (Faye Webster, Hop Along, Aldous Harding), post-punk and shoegaze (Shame, Viagra Boys, Whispering Sons) as well as some more upbeat groove (Lizzo, Toro Y Moi), and despite its size, getting there just five minutes before a performance was enough to get a good spot. 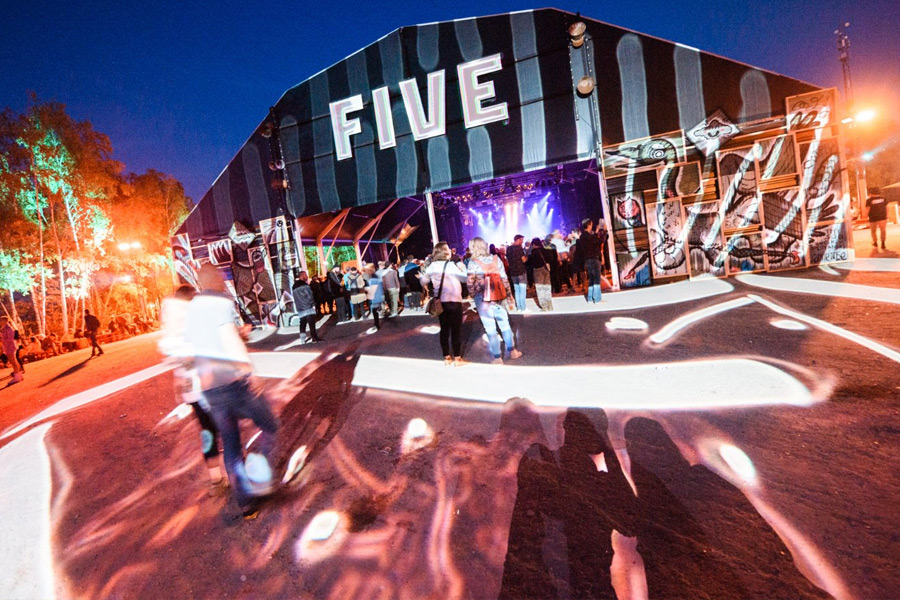 Though, that certainly wasn't the case for London band Shame; there were mutterings about the calibre of this year's headliners from some locals (but we'll get to that later), and there certainly was a case for that particular argument. As widely adored as he may be, main stage headliner Bon Iver’s dulcet harmonies didn’t exactly ignite the Friday-night spirit amongst an increasingly restless crowd, so there were no surprises then when a fair chunk of the Best Kept Secret populous hurried down to Stage FIVE to catch the Brits during the early hours of Saturday with keen, and likely sozzled moshers spilling out from all sides. 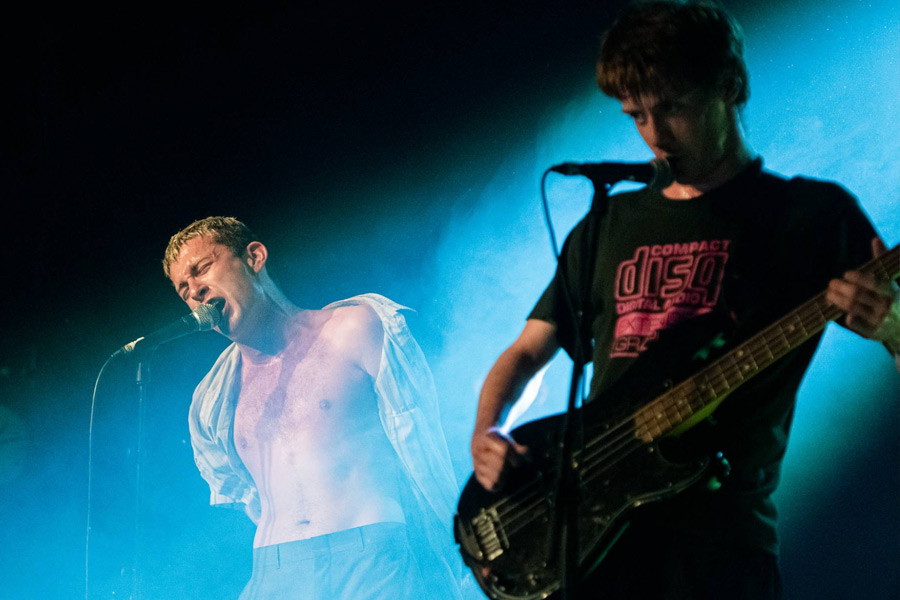 Visceral, energetic, but of a far more positive disposition than their punk-revivalist peers in, let's say, IDLES, the crowd was popping and their rambunctious set paved the way for a series of high-intensity performances from across the bill – notably from Stage TWO.

Shrouded within the nearby forest (and within touching distance of the press tent, thankfully) was the festival's second biggest stage, exhibiting a healthy portion of the festival's more widely known artists like The Raconteurs, Stereolab, Cigarettes After Sex, and DJ Koze.

Having mentioned high-intensity, it'd be difficult to overlook math-rock-come-hip-hop trio Death Grips who are as magnetic as they are baffling to see in the flesh. For an hour straight they didn't once acknowledge the crowd nor did they gasp for a breath of air, instead pounded their chests and ground away at intricate drumbeats for the entirety.

Charlotte Gainsbourg offered a far calmer presence despite the threat of drowning in the strobe lighting and mass cheers throughout her Friday night performance, however. Traversing dancier territory with 2017's Rest and a subsequent EP, she orchestrated the cacophony of chaotic flashing and thumping arpeggios that engulfed her, and the hybrid of gritty disco and playground lullabies worked perfectly for those first night feels. 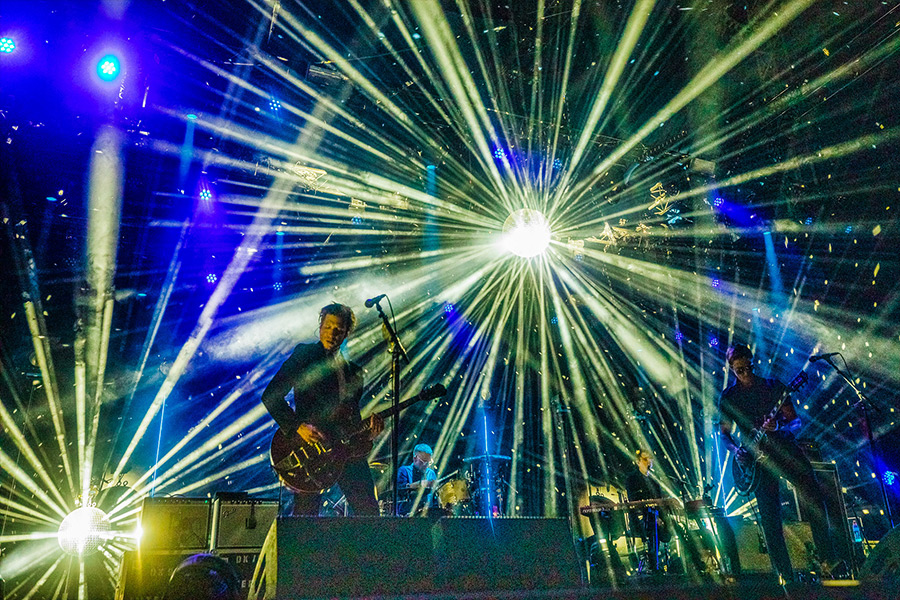 Ever imperious, ever majestic, ever the Interpol we've come to expect had the tent bulging as the penultimate act of the entire weekend, and their setlist consisted of virtually every song you'd desire from the New York natives' live experience. Elegant in aesthetic, their post-punk, beefy bass-driven oeuvre is unquestionably colossal, yet, they didn't even break a sweat. Too. Cool.

Nearing the weekend's finale, the heaven's truly opened. And rain it did – enough at least to deter a substantial section of the crowd to either seek solace in one of the covered smaller stages or head home to their tents for Christine and the Queens on Stage ONE, though it certainly didn't dampen her spirits or our affections for this luxuriate expanse where music and scenery meet. 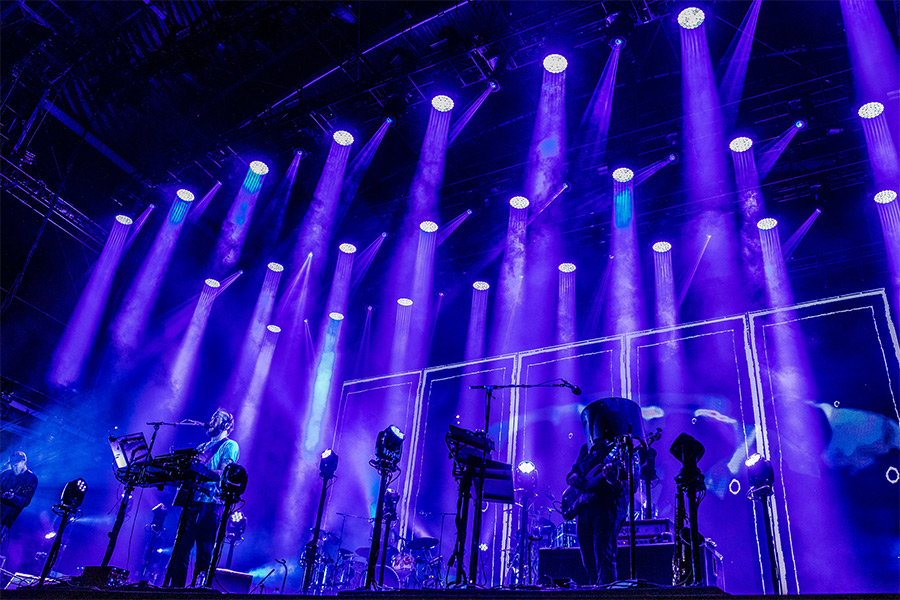 Referencing the earlier comment made about the quibbles with headliners, you could understand that seeing the likes of major rock artists like Arctic Monkeys, Radiohead, and Arcade Fire all take the summit of the main stage in previous outings could heighten your expectations somewhat. Yet, with Bon Iver, Kraftwerk, Christine and the Queens at the top of the bill, and vibey contemporaries such as Kurt Vile and Mac DeMarco, Best Kept Secret aimed to curate a roster of artists that matched its surroundings. And they succeeded. 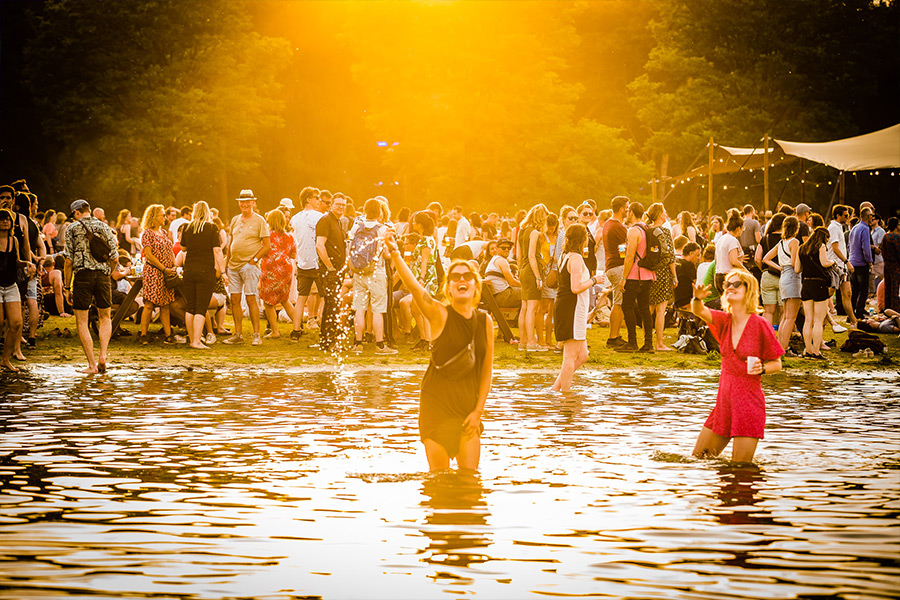 A special shout-out must be made to the folks working at Festitent, who not only set up a comfortable tent before our arrival but were notably friendly and helpful to anyone who passed and needed help, not just their customers. Though they’re a service dedicated to pre-pitching your accommodation with sustainable practice (such as giving away sleeping bags and pillows to the homeless once you’ve used them), the guys were on hand to charge people’s phones, bandage up wounds, give directions and exchange festival stories with a beer.

Regardless of the fact it's hardly a secret by this point, a joke that many act liked to make over the weekend, we can safely say we'll be returning to Best Kept Secret in 2020. 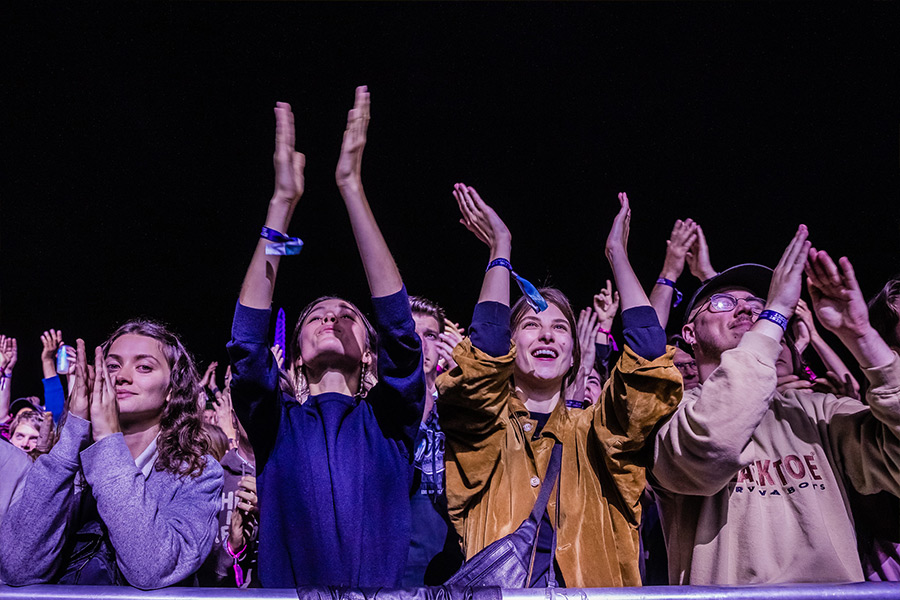 Join the Best Kept Secret 2020 Waiting List, and take a look at our guide for further info.