Although the rise of D-Block Europe seems to have been pretty meteoric, their story goes back further than the landmark success of the last couple of years.

In fact, you can trace the progression of Young Adz in particular back to before the beginning of the 2010s, with his earliest output dating back to when he was just 13 years old, and his contribution to SBTV's respected 'Warm Up Sessions' series landing not long after that in 2011.

As the more established of the two childhood friends – having supported Jadakiss on tour and been briefly signed to Universal as teenager – the initial focus was very much on Young Adz. Even when Dirtbike LB got involved, a lot of the earlier output was billed as 'Young Adz ft. Dirtbike LB', before the move to the collective name of D-Block Europe took effect.

This earlier work saw them experimenting with the different sounds, styles and flows that would shape their future sound – taking influence from the auto-tuned hip-hop and trap that had already blown up in the USA.

'Traphouse' and 'Large Amounts' were, arguably, the real breakthrough for the duo. Both released in summer 2017 on GRM Daily – one of the scene's most established YouTube channels – the two tracks have now racked up combined views of more than 20 million, with many pointing to this as the moment when the duo had found their sound.

In 2018, DBE capitalised on this growing popularity by teaming up with fellow London rapper Yxng Bane to release a collaborative mixtape entitled Any Minute Now. The project made it to number 14 on the UK albums chart, and the duo took the next logical step in following that up by self-releasing a debut mixtape all of their own.

That project, Home Alone, was released in February 2019 and without the support of a major label or any physical release, the mixtape made it to number 6 on the UK albums chart – behind only Ariana Grande, George Ezra and the soundtracks to box office mega-hits Bohemian Rhapsody, A Star Is Born, and The Greatest Showman, making it the highest new entry on the week of its release.

What followed, unsurprisingly, was a major label deal with Universal – recognition of the duo's potential for continued success. This also coincided with a number of high-profile collaborations with US stars like Offset, DaBaby, and Rich The Kid.

Not long after the release of Home Alone, in March 2019, DBE sold out a show at famous London venue Kentish Town Forum – capacity approximately 2300. Fast forward just nine months and their next appearance in their home city was at the 10,000 capacity Alexandra Palace, where they played two consecutive nights (both sold out) due to the huge demand for tickets. For an act with just a handful of mixtapes released in the space of 18 months, this an achievement that shouldn't be downplayed.

And so, the next step? Taking things one step further and hosting their own festival – DBE Fest – in the famous party resort of Ayia Napa.

The event – presented by Sunrise Weekender – sees the duo follow a similar path to the likes of Stormzy and his annual Merky Fest in Ibiza, now an established fixture of the summer calendar. With pool parties, beach parties, a yacht party, and an array of night club after parties, the new event makes the most of the famous party resort's sun, sea and sand.

Just two year's on from the release of their debut mixtape, DBE Fest perfectly demonstrates how far the duo have come, and the potential they have to take things even further. 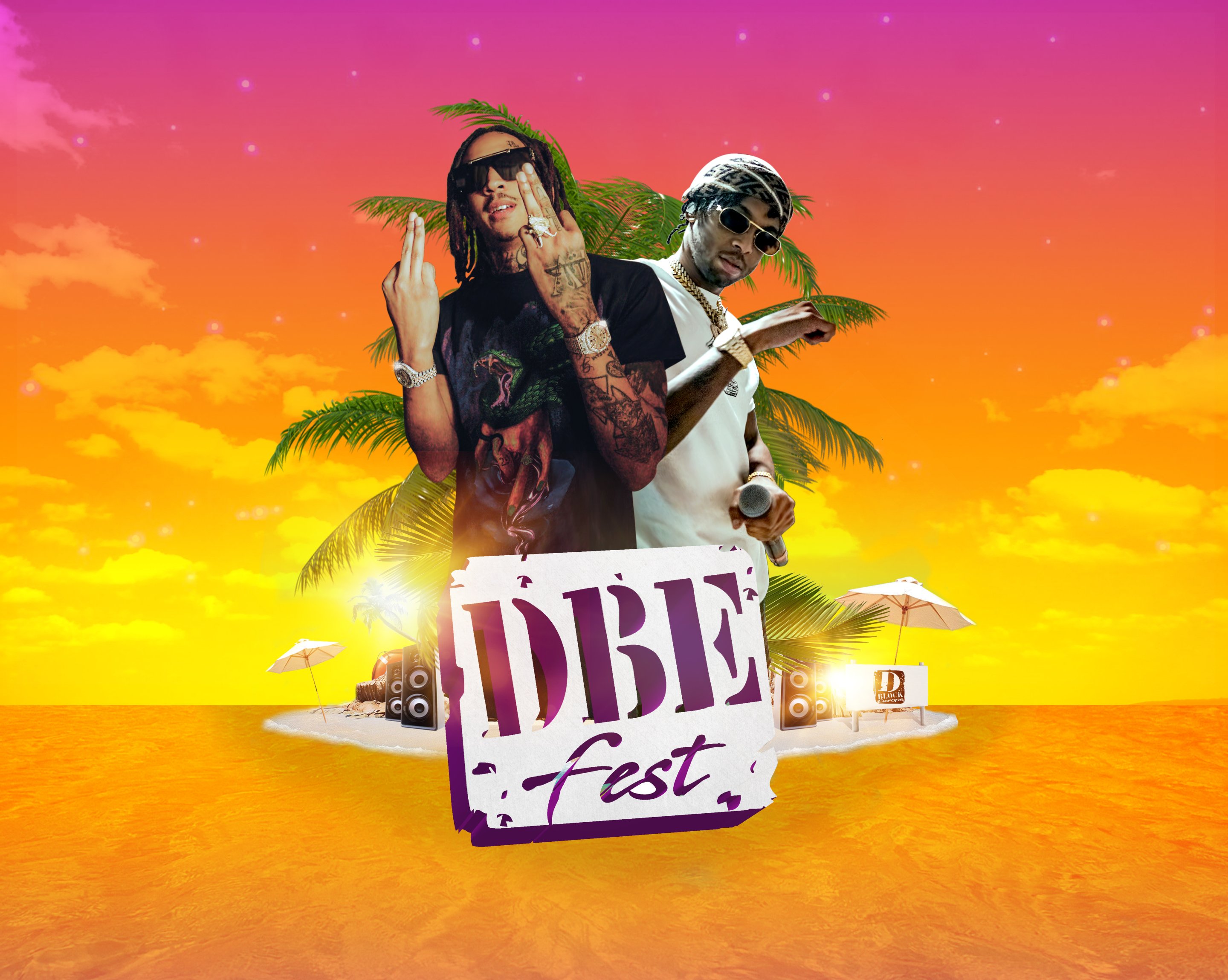