Dream Setlist: Rage Against The Machine

"Compromise! Conformity! Assimilation! Submission! Ignorance! Hypocrisy! Brutality! The elite! All of which are American dreams!" is the typically strong, scathing statement directed at the USA's governing elite from none other than caustic rap-rock pioneers Rage Against The Machine.

Never a band to veer away from controversial political sentiment exactly, the four-piece consider highlighting social injustices and addressing the power/wealth imbalance of a rigged capitalist system as their modus operandi, ever since their formation back in 1991. Evidently they still feel there's plenty to rage against, announcing a surprise second reunion after calling it quits in 2011 with an ever-growing tour schedule this year which includes a headline slot at Coachella.

The world's most trending festival offers unprecedented visibility, so a politically-charged, hyper-controversial statement from the rap-rock revolutionaries is most definitely on the cards. Remember their naked protest at Lollapalooza, anyone?

What we can also expect from RatM's live set is unrelenting energy, earth-shattering riffs, and plenty of profanity; there's seldom a track within their back catalogue that doesn't have an 'explicit' lyrical content warning.

So, despite no news on whether new material is in the works, there's a wealth of caustic classics from their previous four albums to fill a headline set. That said, here's our 'Dream Setlist':

Straight from their faultless eponymous debut album, this track's opening (and now iconic) bass-line serves as the an ideal introduction to Rage's explosive mix of visceral lyrical subject matter and powerful rhythms.

3. Sleep Now In The Fire 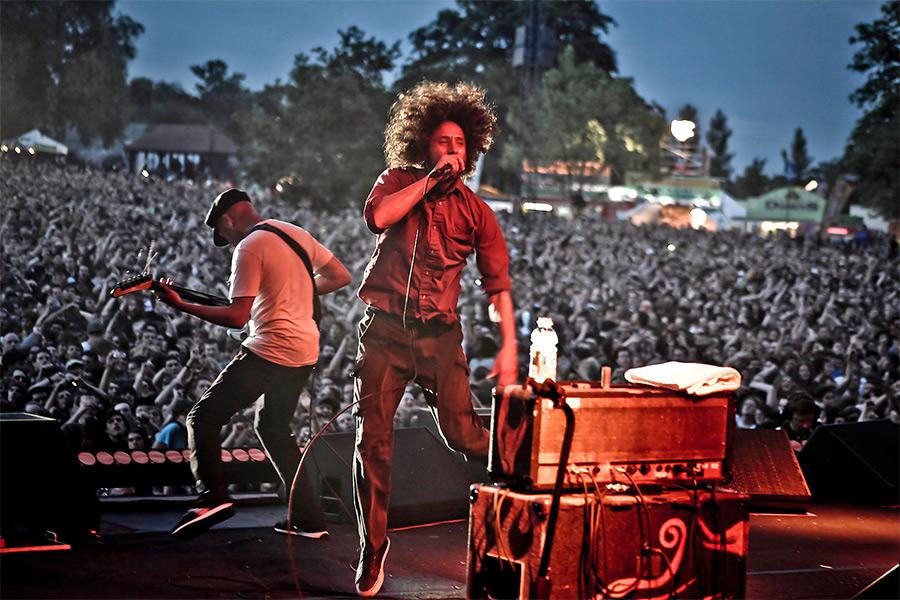 Despite some of their songs focusing on specific atrocities and regimes across North and South America in particular over recent decades, Zack De La Rocha's lyrics and Rage's overarching anti-establishment agenda remain as prevalent as ever.

7. The Ghost Of Tom Joad

8. Take The Power Back 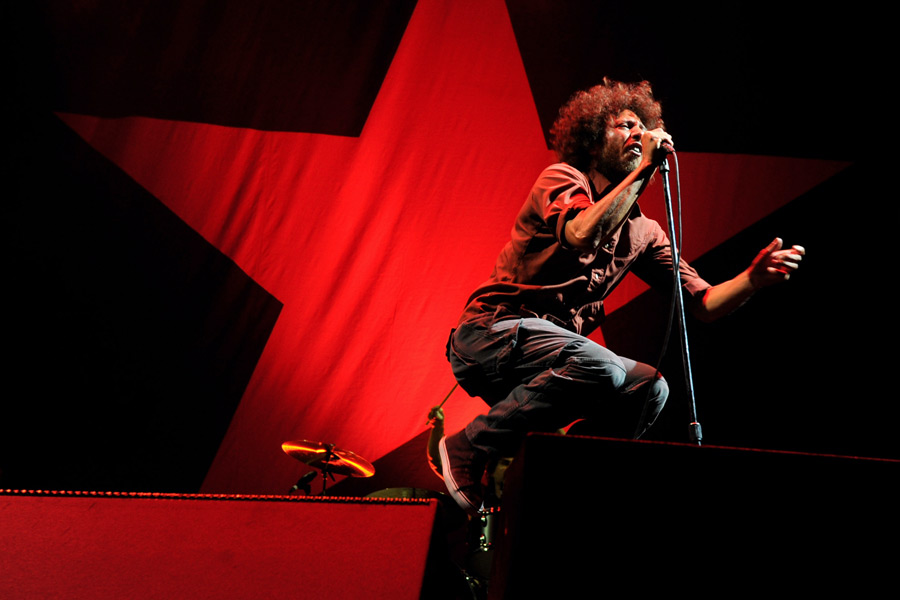 Guitarist Tom Morello's playing style has made him one of contemporary rock music's most distinctive talents, experimenting with his wah-wah pedal to form some incomprehensible sounds. And it goes without saying, he knows his way around a chug-tastic riff.

11. Voice Of The Voiceless 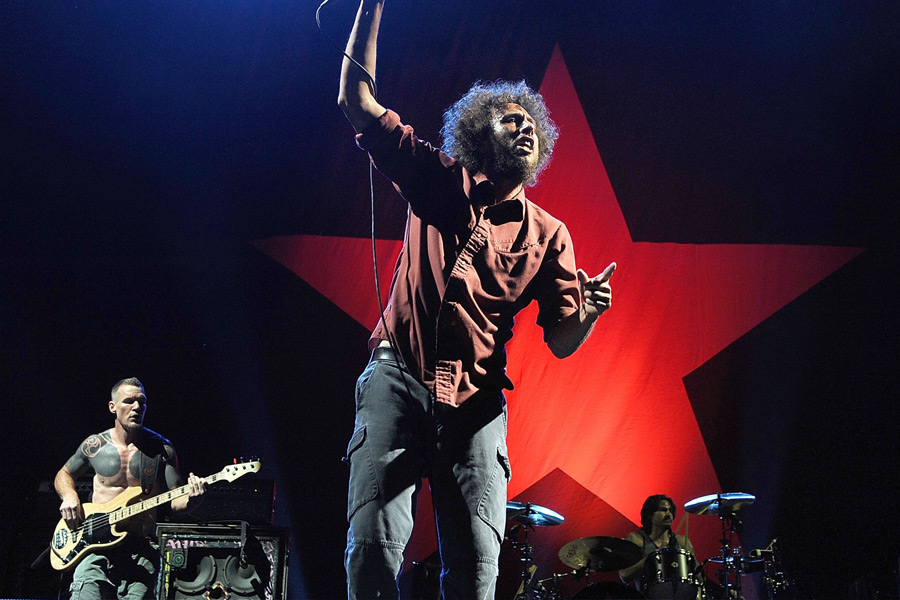 A reimagining of the Cypress Hill track from final album Renegades, Rage covered a series of anthems from across the music spectrum and gave them an anti-establishment makeover. Injected with the soul and energy of their previous work, it's hard to distinguish that the originals were written by the likes of Dylan, Springsteen, Eric. B & Rakim, Devo, and Minor Threat. 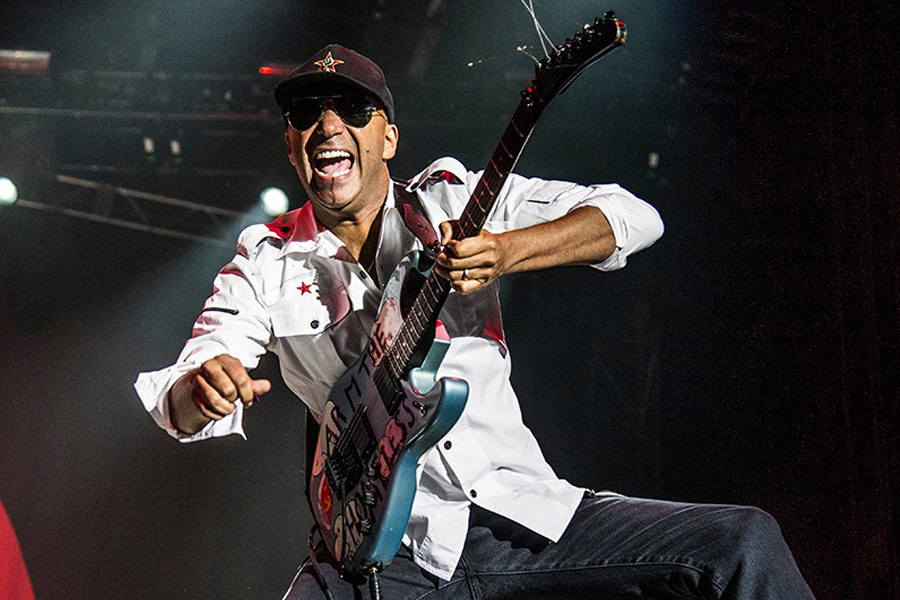 "They say "jump", you say: "how high"?". After hearing that line, I vowed never again to succumb to my oppressor, be it my school teacher's scorn for 'forgetting' my homework, as facile as that scenario may sound in retrospect. Whilst I sincerely doubt that was De La Rocha's primary intention when penning the lyrics, it certainly lit the fire in my belly.

Fight the power. Play it loud. "Turn that shit up!" 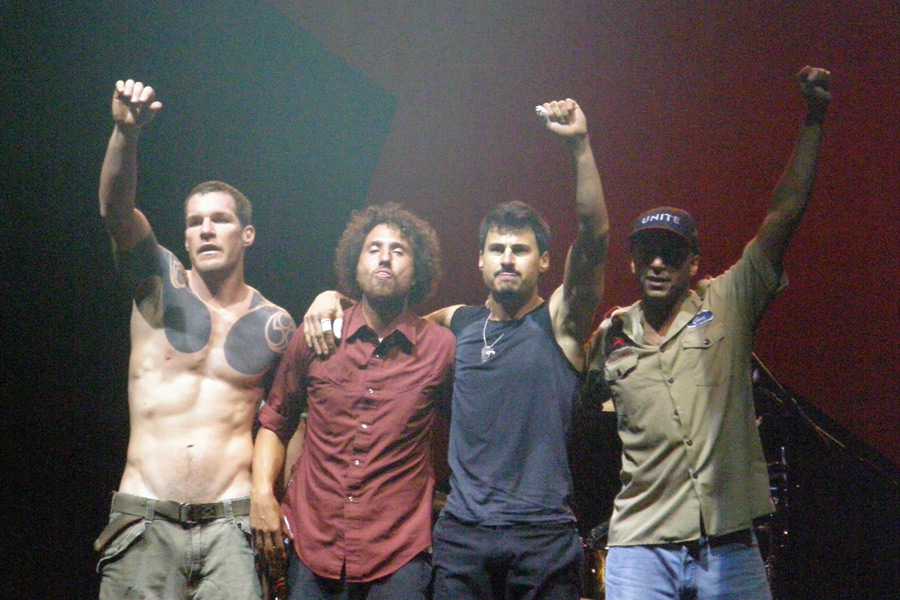 Undoubtedly their most recognisable song, 'Killing In The Name' topped the Christmas charts in the UK seventeen years after its initial release after a campaign to oust the manufactured dross that Simon Cowell's X Factor contestants were churning out year-upon-year.

Witnessing hundreds of thousands of festival-goers screaming "Fuck you, I won't do what you tell me!" on Coachella's live stream is already shaping up to be a festival highlight, without question.