The disparity between the number of all-female or mixed-gender acts and all-male acts that are booked to perform at music festivals has been no secret for some time now, with the latter continuing to govern the majority of lineups.

This year, a number of festival promoters pledged to accomplish a 50/50 gender balance by 2022 with a new European project called Keychange. Currently, Bestival and Latitude are leading the way with this proposal, but there's still some way to go to reach this achievable target.

Artists like St.Vincent, Fever Ray, and First Aid Kit have been able to make the step up to headliner status this summer, but there's still plenty of work to be done.

As this is the case, we've listed the all-female and mixed-gender acts that can, should, and most likely will, break the male-dominated stranglehold of the coveted festival headliner spots in the near future, helping to inspire a new generation of artists navigating their way through the modern music industry.

One of the most likely acts to break the monopoly of male-centric rock festival lineups, Ellie Rowsell and co are slowly edging closer to that top spot with a bill-topping performance on the BBC Radio 1 Stage at Reading and Leeds this year.

It's only a matter of time before they're commanding the Main Stage with their rapturous brand of grunge. 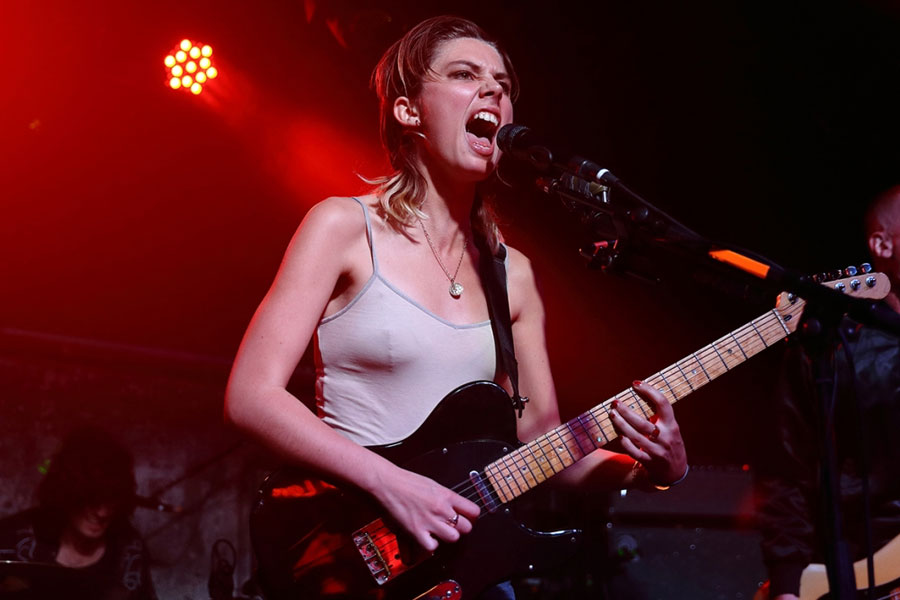 Another guitar-toting tour de force that's teetering on the brink of headliner status.

The Australian's wry and idiosyncratic lyrics have garnered the most attention, but couple this with her knack of writing bouncy riffs and you've got yourself a raucous headliner in the making. 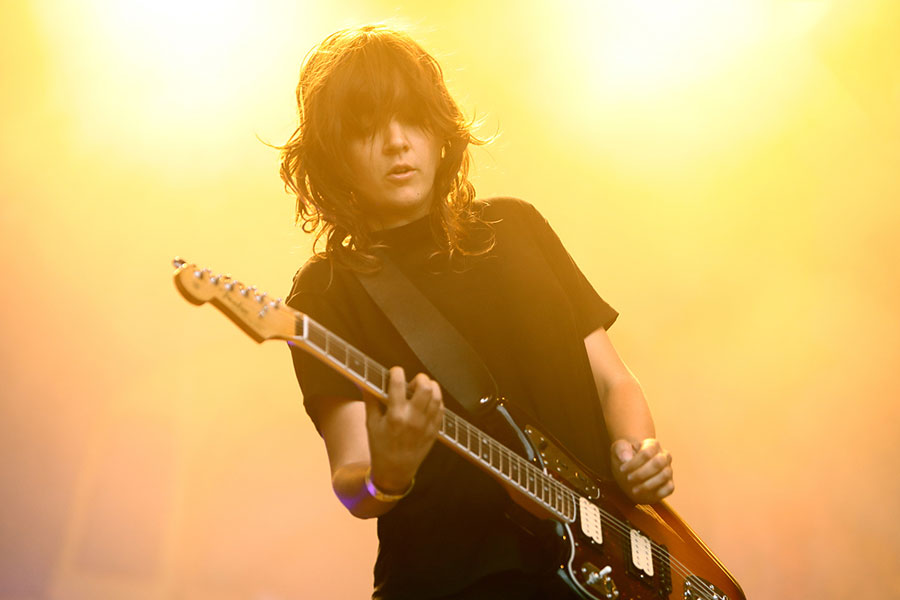 Widely regarded as a future headliner by fans and critics alike, Lauren Mayberry's infectious stage presence will ensure that Chvrches' synthpop trappings are a mainstay of indie festivals for the foreseeable future.

Given their stellar performance in the penultimate slot at Citadel recently, they've all-but nominated themselves as future festival headliners. 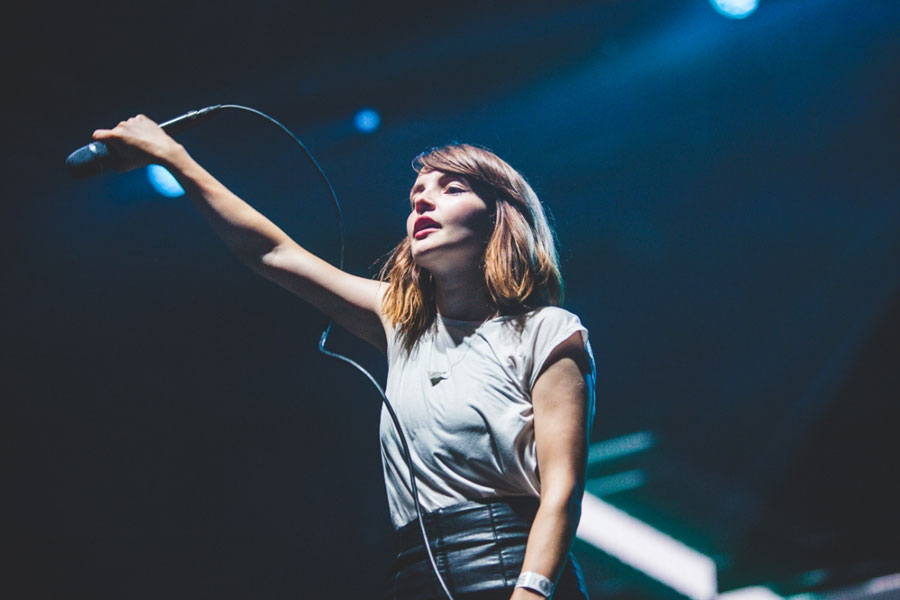 After receiving a Mercury Prize award nomination for her debut album Lost & Found, the sky is the limit.

Demonstrating her burgeoning superstar credos recently at Bestival, she took this stepping stone in her stride, on her way to fully-fledged festival headliner status. 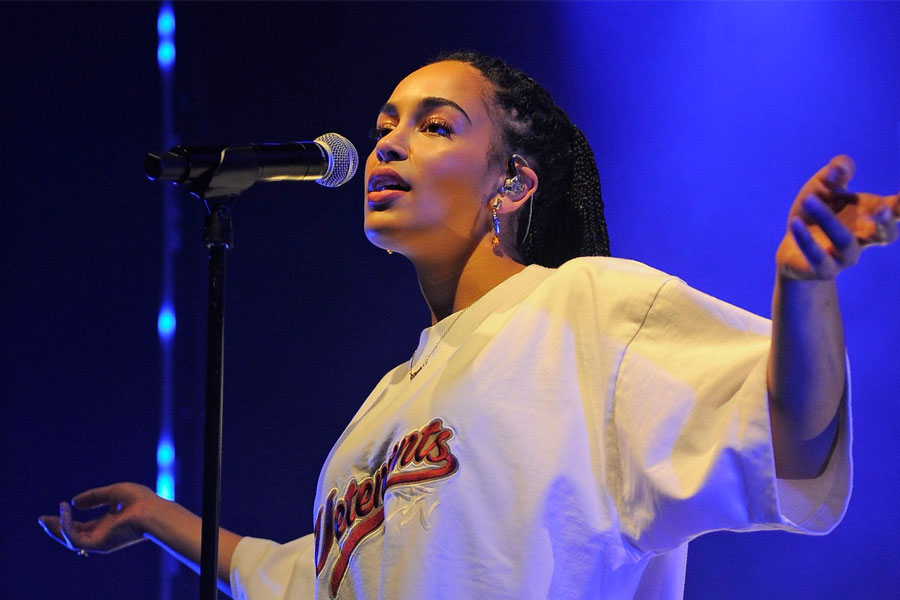 This ferocious all-female art-punk act's open call for women and non-binary acts to apply to support them on their upcoming US, UK, and European tours was indicative of the girl-gang mentality that's needed to bridge the gap in gender diversity amongst festival lineups.

Their call to arms will inspire countless new musicians, not to mention their ability to spark a sing-along with their heady mixture of fun punk-rock and notoriously boisterous live shows. 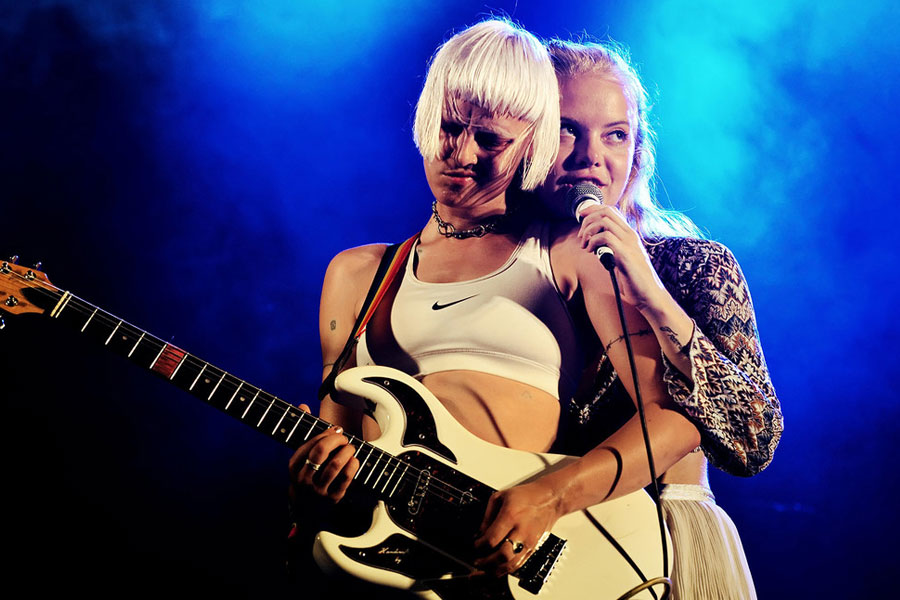 Able to tow the line between enchanting siren and full-blown diva, Angel Olsen has been on a steady rise since the release of her first EP in 2012. 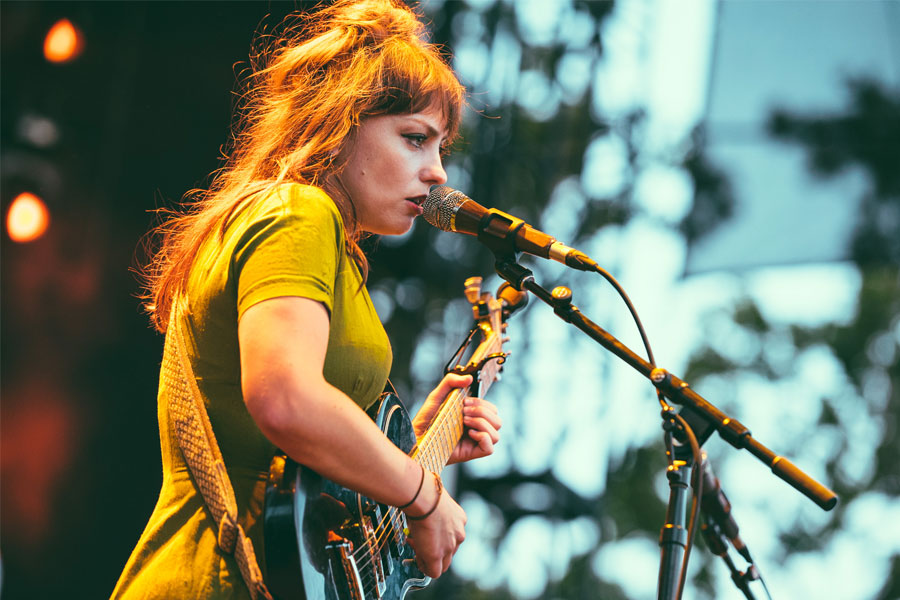 Arguably the most beloved DJ on the planet right now?

Making tidal waves in the electronic scene since her meteoric rise in 2017, Gou has already made her mark with her headline sets at club nights in all corners of the globe.

A precursor to festival headline status? We think so. 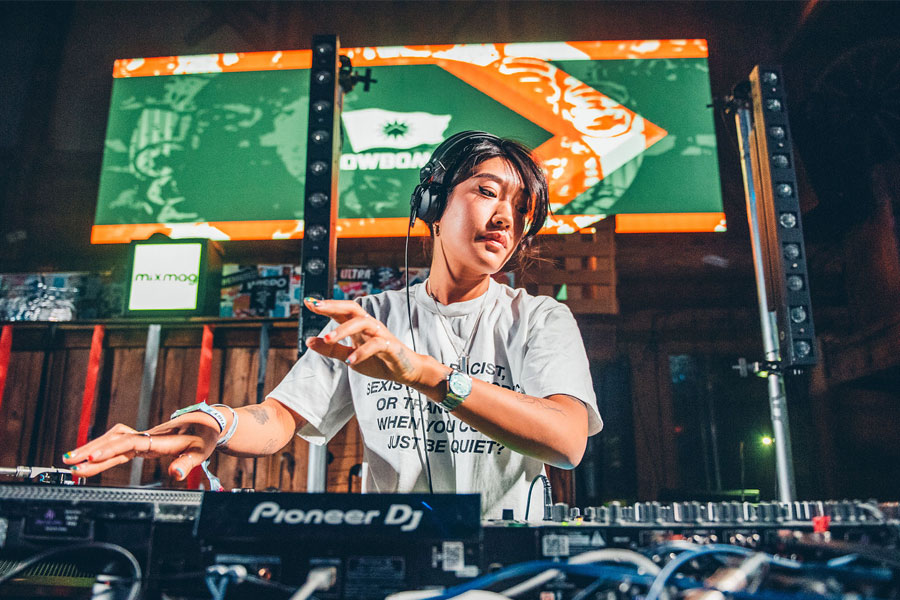 Uchis' interest in collaborating with a varied range of artists such as Tyler, The Creator, Bootsy Collins, Kevin Parker, and even Damon Albarn indicates that she doesn't want her music to be pigeon-holed in one genre.

Her obsession with merging influences from the musical spectrum has bolstered her unique aesthetic, and we can foresee her headlining a multitude of future festivals because of her wide-reaching appeal. 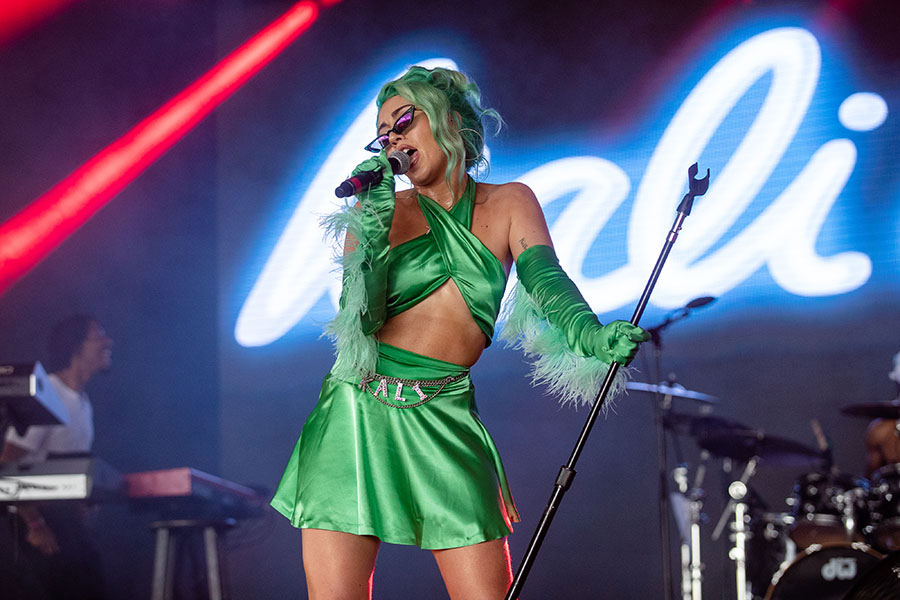 Maybe it's because of their contagious enthusiasm, or maybe it's because they have an uncanny ability to write the ultimate garage-rock party-anthems, but Madrid-natives Hinds have amassed legions of fans, young and old, across the UK and Europe.

Creating the perfect environment to crowd surf to is almost a prerequisite of headliners at rock festivals, is it not? 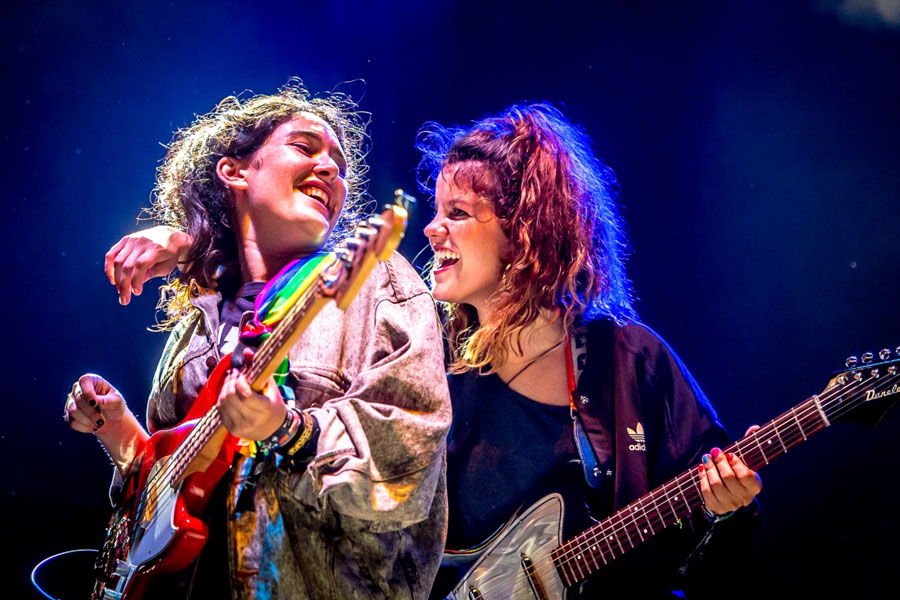 It feels strange saying this, but Grimes has never headlined the main stage of a music festival.

An artist as colourful, creative, daring, and quite simply unique as Grimes needs to be topping the bill, and her engrossingly eccentric live shows prove this.

There's a reason why there's a queue of eager artists waiting to collaborate with her, and there should be a queue of promoters just as long waiting to appoint her as their festival headliner.

With her new album slated for release later this year, next year's festival circuit could be her time. 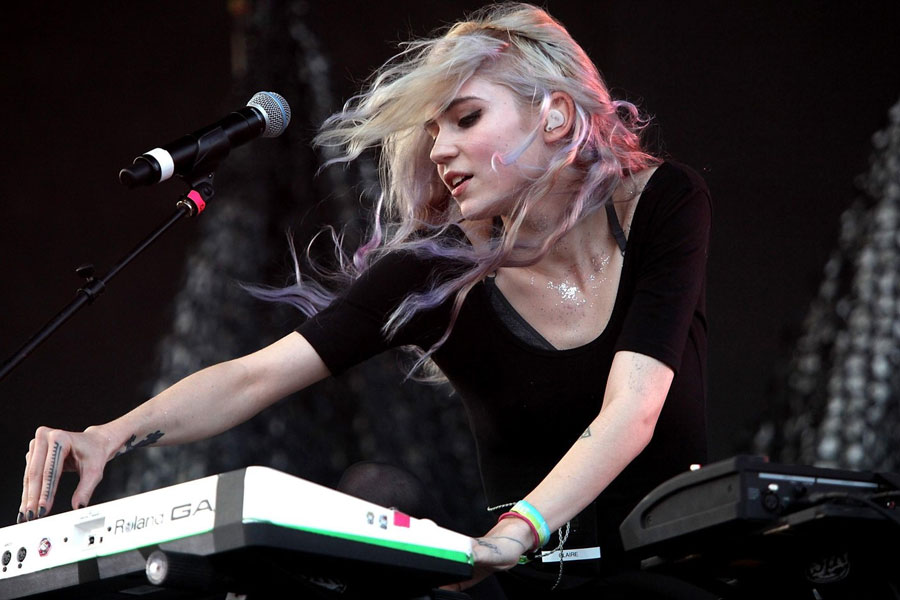