In the run-up to this year's Glastonbury Festival, we're taking you on a tour of each iconic area so you're fully prepped for the occasion. Wandering aimlessly around the seemingly endless site can be haphazard, so it's helpful to have a basic knowledge of where you are, and why you're there.

Fear not, we've got you covered.

A haven for hedonism and innovation; it's Shangri-la.

The vibrant mini-city within the south-east corner of the Glastonbury Festival site is both supremely weird and wonderful, offering the kind of respite from the incessant squabblings you and your fellow festival-goers are likely to have due to the series of clashes bound to occur.

Of course, there's still an extensive selection of music to be consumed here because, well, it's Glastonbury. Just fewer headaches, thankfully, as by the time you reach Shangri-la you'll be more concerned on exploring each nook and cranny within its labyrinthine locale. 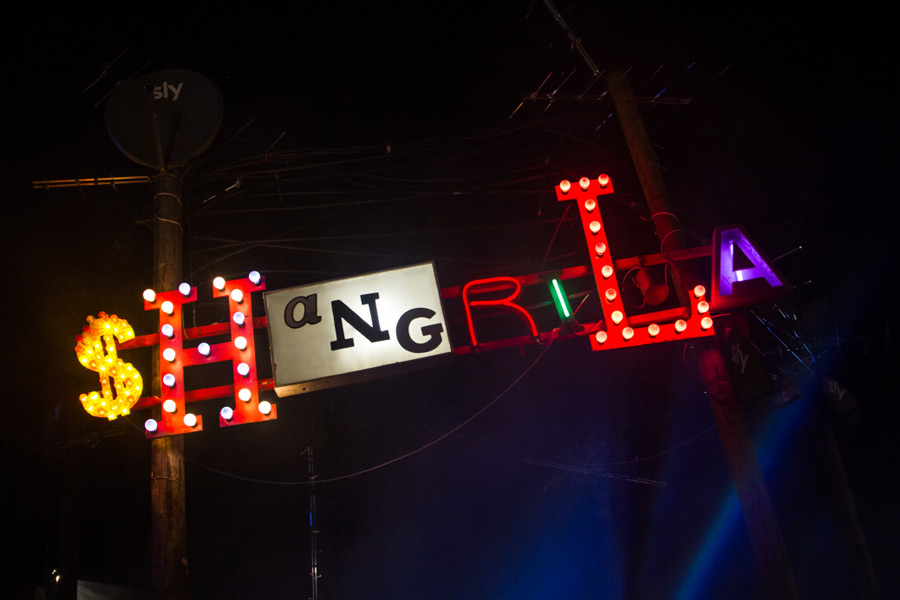 A dystopic hub with a major political conscience, Shangri-la (formerly known as 'Lost Vagueness') has been part of Glastonbury Festival since 2004 in one form or another, ever-expanding with new collaborators and new venues; there is now a total of 17 micro-venues within the area such as the now-defunct Shangri-Heaven, and Shangri-Hell. 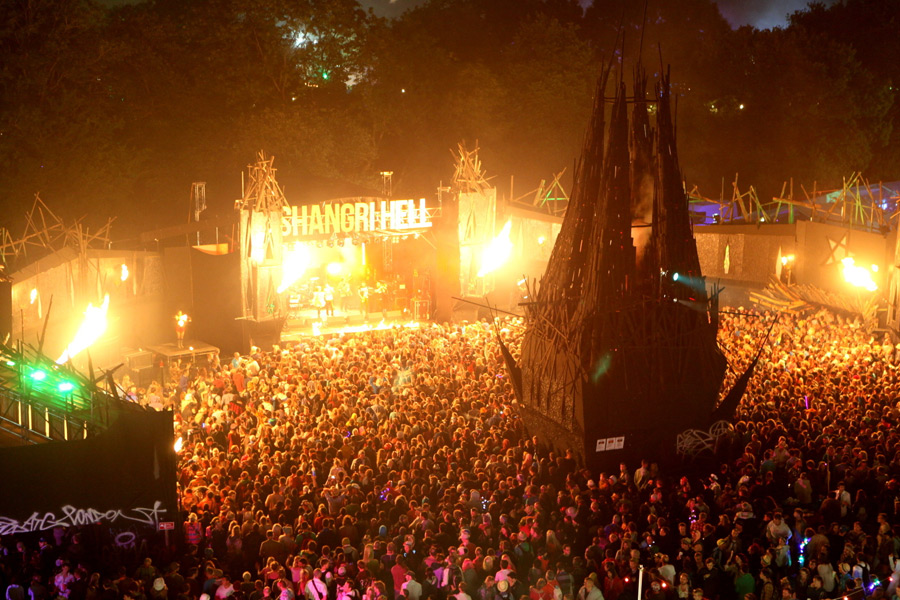 The organisers adopt new themes for different eras, with Afterlife having been the focus for several years until 2017's edition when the attention turned to our self-imposed, global waste epidemic: Shangri-la went Environ-mental. 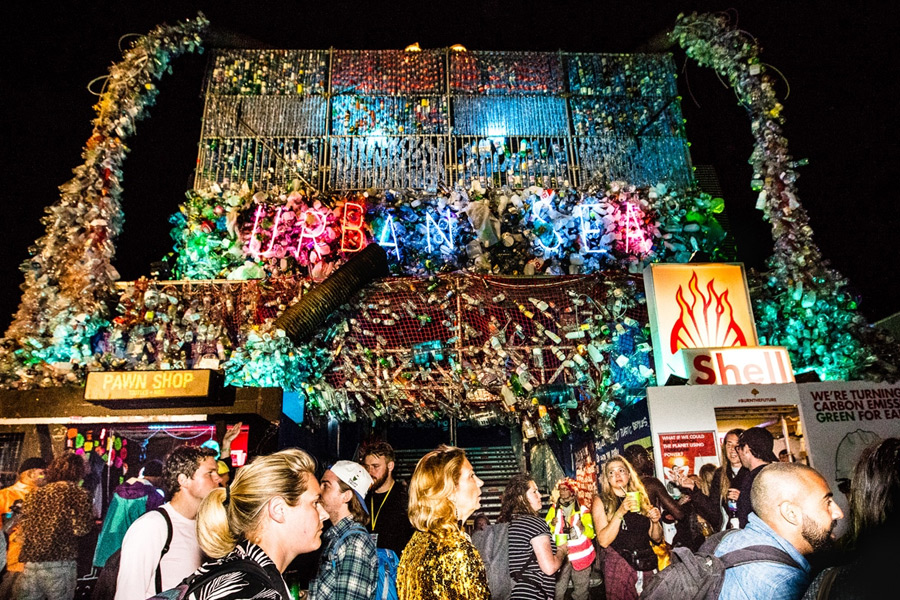 Introducing a new roster of stages including The Truth Stage, Clash, and SHITV (Shangri-la International Television Centre) that offers discussions on DIY culture and activism, with comedy taking over throughout the night. 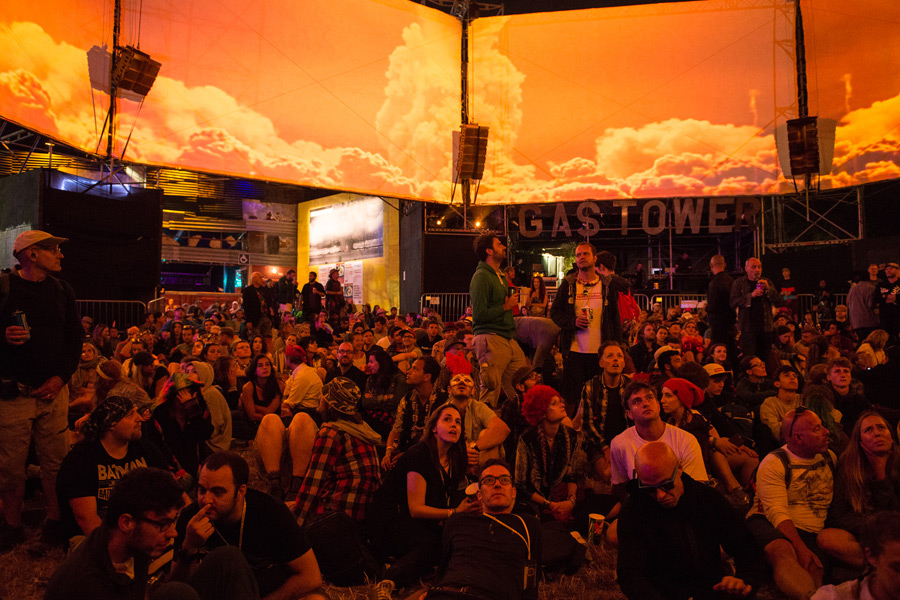 Surroundings are decorated almost entirely in waste materials and embellished with the logos of household, multi-national companies whose ideals don't align with Glastonbury's eco-friendly ethics, let's say, to emphasise the sheer quantities of wastage created without even an afterthought for the environment. 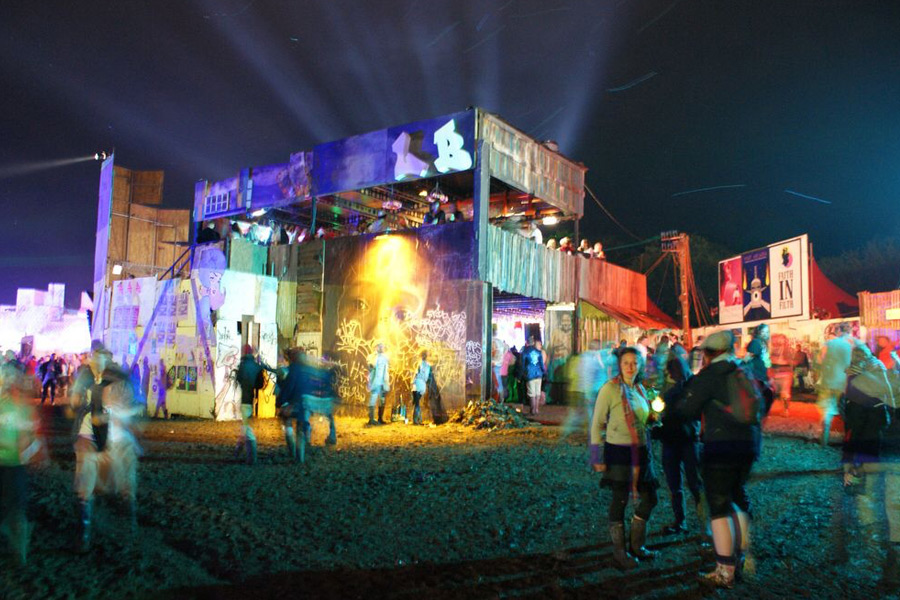 There is an evident anti-capitalist, anti-mainstream political message that runs through the festival's lifeblood, and it shines through the aesthetic in every crevice of this area. 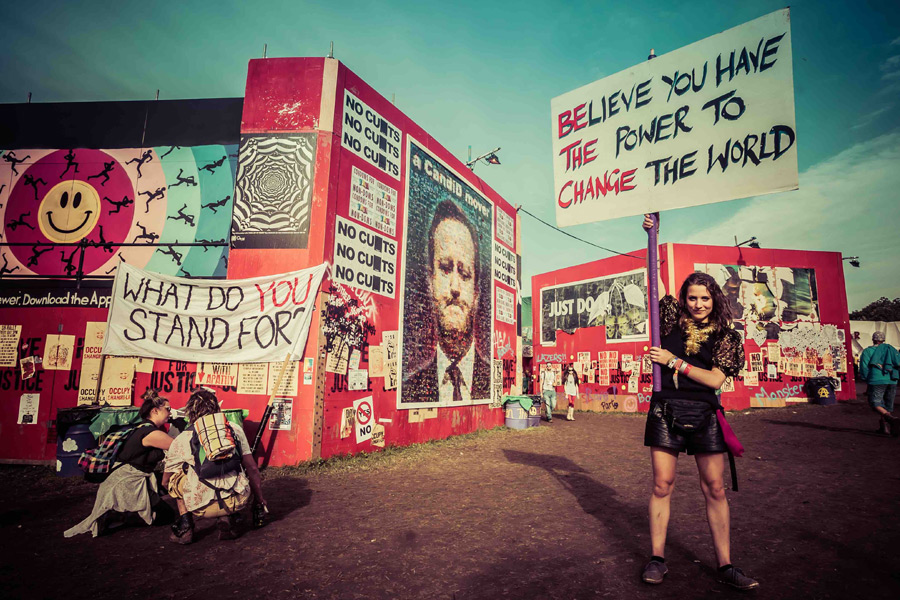 Satirical propagandistic slogans are usually painted across the many murals. Any guesses as to who this chap is for instance?

It's not all dystopian doom-and-gloom, however, as when the night falls Shangri-la truly comes to life. So much so, that the queues are often long and arduous affairs, especially at treacherously muddy times after a few cans.

Skipping the Pyramid Stage headliner's expected encore is highly recommended in order to dodge the swathes of sauced festival-goers looking for the night's next memorable moment. 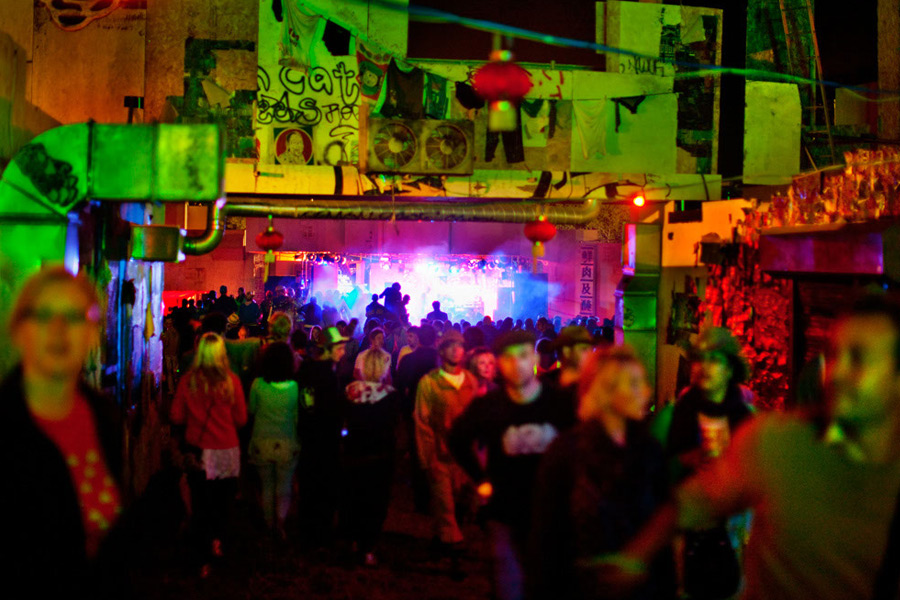 Alongside the numerous underground DJs, major artists like Lady Gaga, Skrillex, and Mark Ronson have also been known to make appearances, so who knows who you'll bump into.

An inimitable, creative experience that offers you more than the typical festival and endears you to Glastonbury even more than you thought was in the realms of possibility, let's see what surprises Shangri-la have up their sleeve this time around. 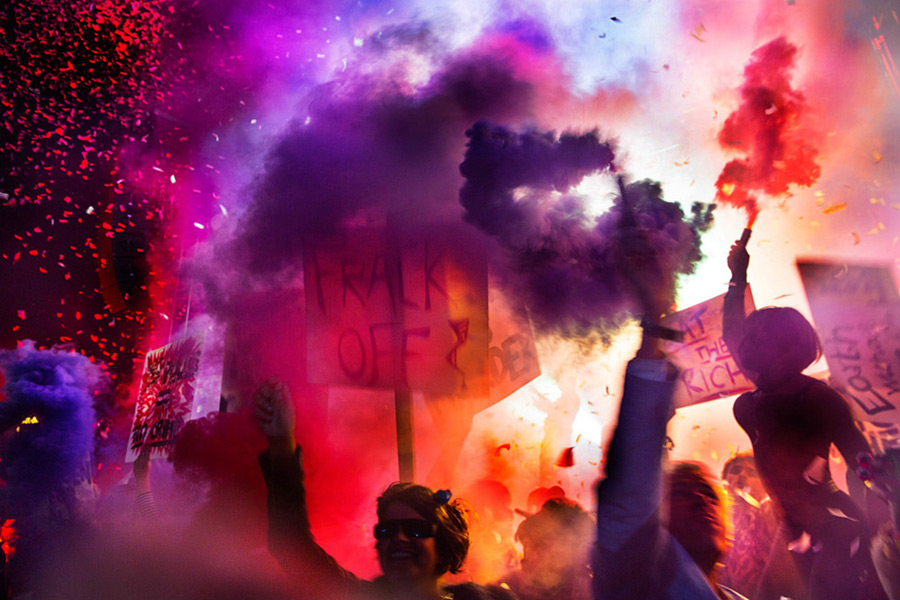