With a rich selection of festivals taking place across the capital each year, there is absolutely no shortage of musical offerings to dip your toes into. However, it takes flawless organisation and something special to make a festival stand out in this already jam-packed circuit.

Despite only possessing one edition under their belt, this is something that Cross The Tracks can boast as it triumphantly returns to Brixton’s Brockwell Park for round two. The musical programme is stunning with a dazzling multitude of talent from across the vast jazz umbrella who will grace the eight rail-themed stages. Beyond the musical magic, the festival hosts workshops, panels, activities for children as well as delicious food.

We guide you through some of the lineup’s most exciting artists from African-infused funk to dreamy jazz to bass-fuelled dub and reggae. 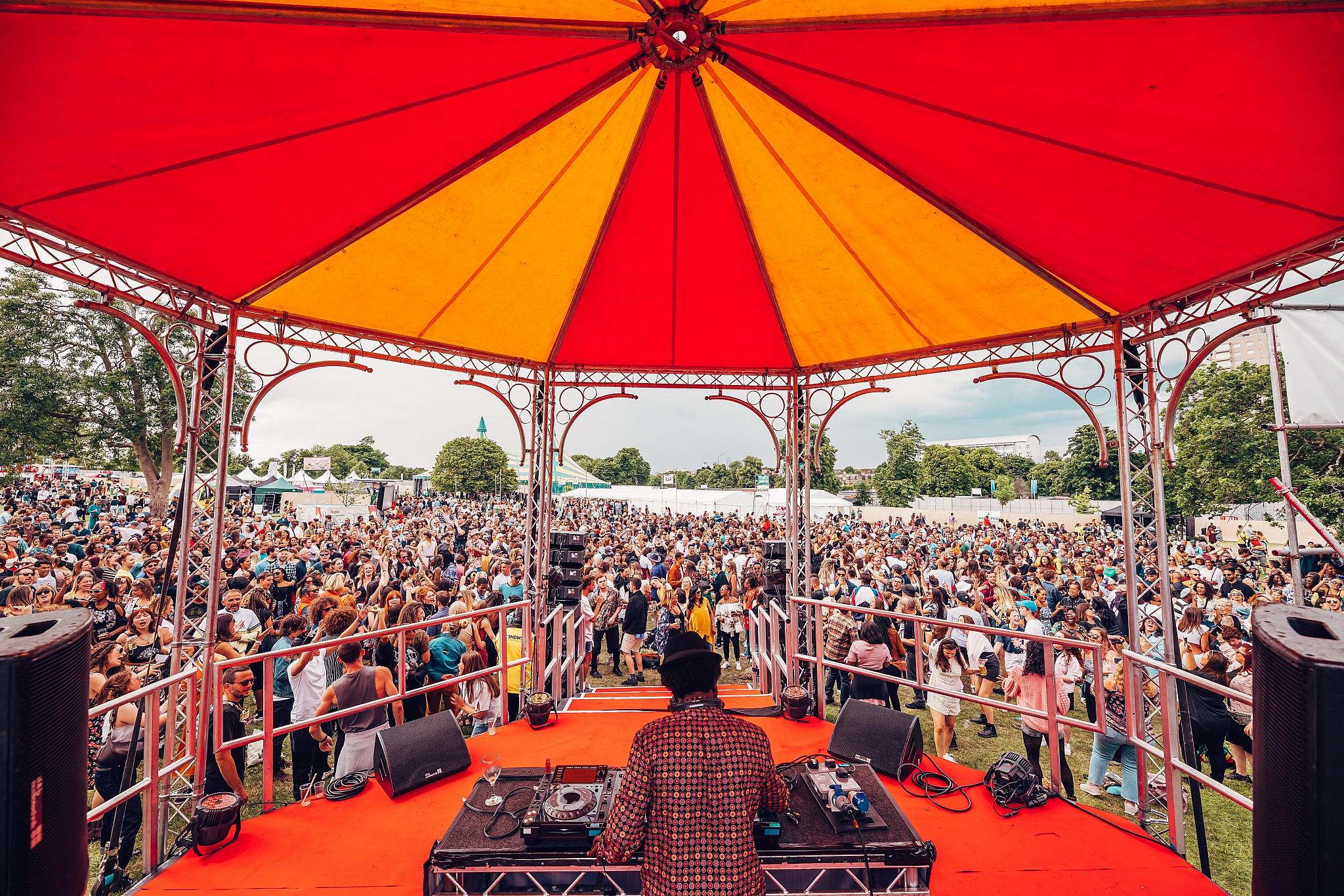 Throughout three faultless albums, Thai-funk-meets-dreamy-psychedelia band Khruangbin have become globally adored, and are set to take the world by storm. Cross The Tracks will be a momentous occasion for the three-piece who will be reaching headliner status for the first time.

The band can create an otherworldly, dream-like haze that is drenched in warm, euphoric tones, whilst also casting a funky spell on each crowd they play for, generating a mass dance.


You shouldn’t need much persuasion to see this band - perhaps one of the greatest disco outfits of all time, and responsible for universally treasured anthems such as ‘We Are Family’ and ‘He’s The Greatest Dancer’ - Sister Sledge are more qualified to start a party than most.

They have been lighting up the world since 1971, and their flame is showing no sign of going out. Their grin-inducing performance in June will no doubt be one for the books and the best way to kick off your summer.


This should be on everyone’s agenda - a rare opportunity to witness two musical geniuses join forces, combine their vast knowledge and finesse for music discovery, and meticulously blend hip-hop, jazz, funk, and world music.

Madlib and Gilles Peterson are legends in their own right - the latter possesses a musical empire and an encyclopaedic knowledge of scenes and genres far and wide, whilst Madlib is one of the most prolific and innovative figures in hip-hop.

Nu Guinea’s music is inspired by the idea of creating an imaginary exotic far-distance place by building upon music from the past. The two-piece gravitate towards dance floor orientated sounds, however, do not discriminate towards styles or origins.

Their live performances are a joy to watch with the pair bouncing around and visually connecting with the music, whilst enthusiastically playing the keys and mixing funky far-out records.

Excluding the band’s unrelated drummer, the entire outfit are the sons of Kelan Phil Cohran (a member of Sun Ra’s Arkestra), and are successfully carrying on his legacy - they've become a worldwide sensation, touring with the likes of Blur and Erykah Badu, and have recorded with Afro-beat legend, Tony Allen.


One of the UK’s most loved and legendary reggae sound systems, Channel One unify crowds worldwide through a unique selection of conscious reggae, exclusive dubplates, and uplifting steppas.

Channel One, who’s name is in homage to the legendary Channel One studio in Jamaica, have had an extensive career that began in 1979 and have since strived to break down barriers via reggae music.

Shabaka and The Ancestors


Avant-jazz outfit Shabaka and The Ancestors consist of British/Caribbean saxophonist and composer Shabaka Hutchins and seven talented musicians all hailing from South Africa.

Shabaka immersed himself in the rich cultural heritage of South Africa and has embodied this throughout the triumphant album Wisdom of Elders which was notably recorded in just one day.