The Chemical Brothers have played a vital role in substantiating electronica and dance music within popular culture, whether it be the mainstream charts or music festivals, and pursued the innovative visual production to accompany it. 30 years after their first collaborative encounter in 1989, Ed Simon and Tom Rowlands still command rightful headline slots at numerous festivals with upcoming appearances at All Points East, NOS Alive, Mad Cool Festival, and Creamfields later this year.

They truly announced themselves to the world as an imperious live authority, however, at Woodstock '99.

At Glastonbury five years prior, Orbital proved that dance music was just at home on the festival stage as it was in clubs, yet it still took die-hard US audiences some convincing. At least that was Simon's opinion prior to their headline slot on Woodstock's West Stage – even though The Chemical Brothers were a mainstream success by then – estimating that "there will probably be 3,000 people who see us" as their set clashed with heavy-metal legends Metallica.

After two days of muddy moshing, festival-goers evidently sought surreal, psychedelic respite as the West Stage was heaving. Arms flailing, with plenty of anatomy on display, the vibrant Woodstock crowd let loose to the chart-hitting and ever-danceable 'Hey Boy, Hey Girl' and 'Block Rockin' Beats', victoriously cheering after each tune came to a brief close.

Despite impending lightning storms threatening to spoil proceedings, even several safety announcements interrupting their Saturday night set couldn't halt their momentum. If anything, it added more drama and dynamism; the first interruption forced Rowlands and Simon to methodically build the hallucinatory intro to the epic 'The Sunshine Underground', before it reached total fever pitch.

The 30th-anniversary festival was marred by controversy, destruction, and dreadful weather, resulting in a borderline-apocalyptic disaster that didn't quite replicate the original Woodstock's "3 Days Of Peace And Music" ethos. Still, The Chemical Brother's reputation was anything but tarnished after their sanguine 90-minute set. 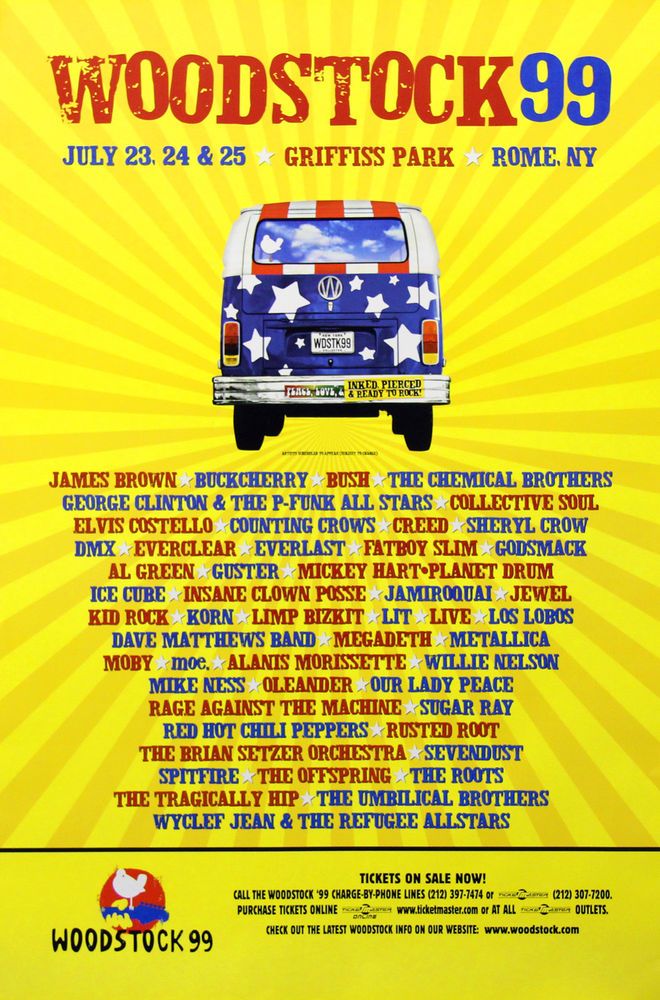 See which festivals The Chemical Brothers are playing here.