Iowa's most famous export (excluding soybeans, but we're not talking agriculture) have struck fear into conservative parents and initiated unadulterated joy amongst angsty teenagers for nearly a quarter-century now. Revealing their new era of stagy terror and grim costumes last week confirmed that their hiatus of a few years is now over; Slipknot return to the summer festival fold with headline appearances at Rock am Ring, VOLT Festival, VOA Fest, and Download Festival.

It's not the first time they've bestowed Donington with their maniacal presence, however, slowly edging their way up the bill over a number of years until a debut headline appearance in 2009. When they reached it, frontman Corey Taylor proclaimed: "I've never been so excited for a show in my life." And as you'd expect, the merchants of theatricality never duck out of an opportunity to reap chaos, however ridiculous or petrifying.

Smothered in pyrotechnics and crushing levels of sound, Taylor and co slew through their set with anger, passion, and consummate showmanship. With 'Wait and Bleed', 'Before I Forget', 'Left Behind', 'Psychosocial' - the list goes on - Slipknot set the benchmark for modern metal music, and with numerous Grammy Award nominations to show for it they now garnered the adulation and prestige they rightfully deserved.

Fan-favourite 'Duality' was a sight to behold, however. Taylor, egging on the 80,000-strong crowd with aplomb, boomed: "I want you to sing this so f**king loud, the whole world can hear it." After a preceding day of disappointment with flat performances from goth-shocker Marilyn Manson in particular, the sunburnt, sozzled masses were riled and ready for a royal headbang, and duly obliged to mosh solidly for the remainder of the performance.

It was the final UK appearance of bassist and founding member Paul Gray who passed away the following year; the performance meant so much to the heavy metal moguls that they released the entire headline set alongside a mini-documentary in tribute, titled (sic)nesses. Of course, they've headlined many a festival since, but Download Festival 2009 proved to be a turning point in Slipknot's reign of terror. 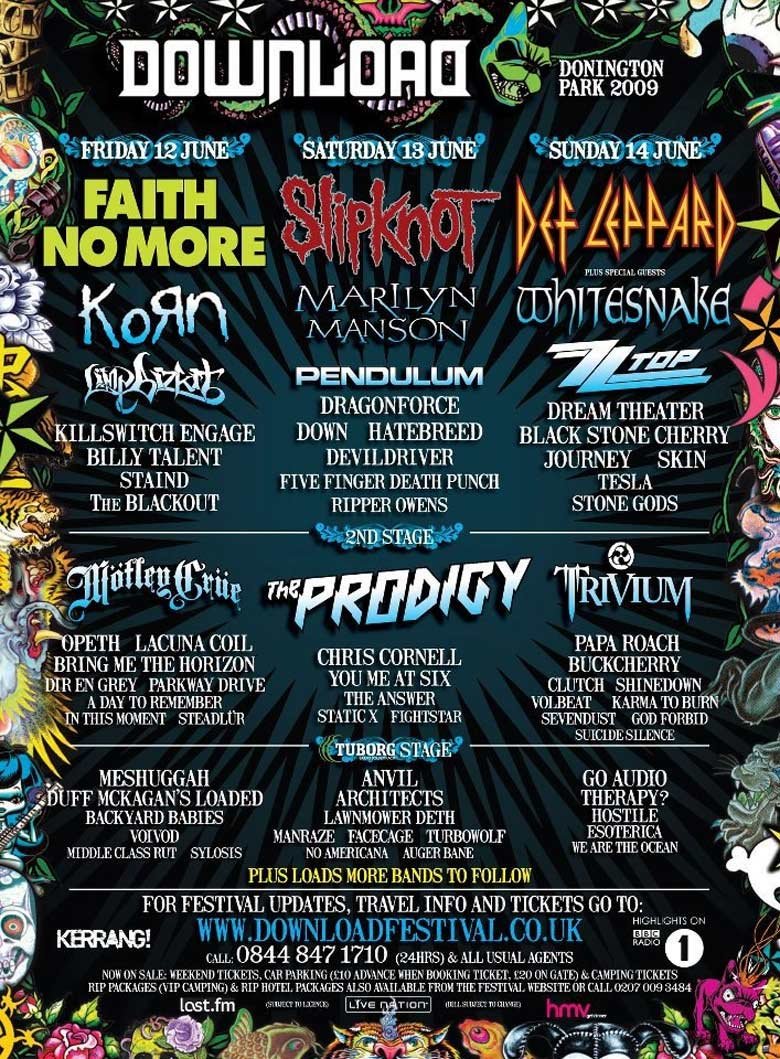