To say Love Parade was a phenomenon is an understatement. Starting as a precession of one-hundred people that marched down Berlin's Kurfürstendamm in 1989, a decade later it had become a mass commercial event, drawing in hundreds of thousands of people from across Europe in the collective aim to get as brazenly hedonistic as one can in the city streets. 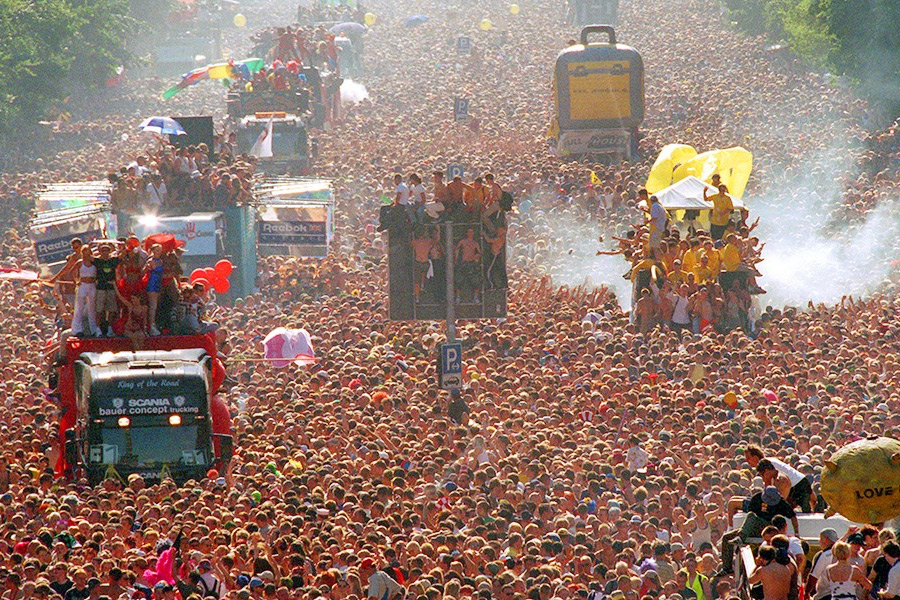 In the year 2000, with a record 1.5 million people in attendance, Love Parade reached its zenith. Past the threshold of the new millennium, gone was the Y2K-focused fearmongering from the impending 'Millennium Bug' (which, unsurprisingly, turned out to be nothing but havoc-wreaking hot air), and in its place widespread optimism, what with a new era of technological liberation before the oppression of social media was even a concept.

Techno was already the newest, most important musical movement in Europe at the time, in terms of impact and influence, but Love Parade 2000 was arguably the year when it surged from the confines of the underground, reaching unprecedented amounts of people in the mainstream consciousness. And at the centre of it all? None other than Sven Väth.

Having signed a three-year deal with a major label two years prior, Väth was at the forefront of the burgeoning global techno revolution. In his loftiest creative peak, the techno icon was indisputably in his element, performing to over a million festival-goers who were clearly in (and on) ecstasy. Each generation carves out their own distinct sub-culture within the pantheon of contemporary music, and this was a key moment in the lineage of electronic music.

Though Love Parade dissolved in subsequent years, Väth channels this energy into his creation Love Family Park each year, and remains a staple on the techno circuits (with upcoming sets at this year's SEMF and Time Warp US), though his fashion choices are definitely more conservative, thankfully.

So, before responding to your uncle's rant on how 'raves aren't what they used to be' with "OK boomer", take a second to appreciate the sheer resplendence of over a million people getting loose, without the repercussions of being caught out by their friends, family, or colleagues. Good times, indeed. 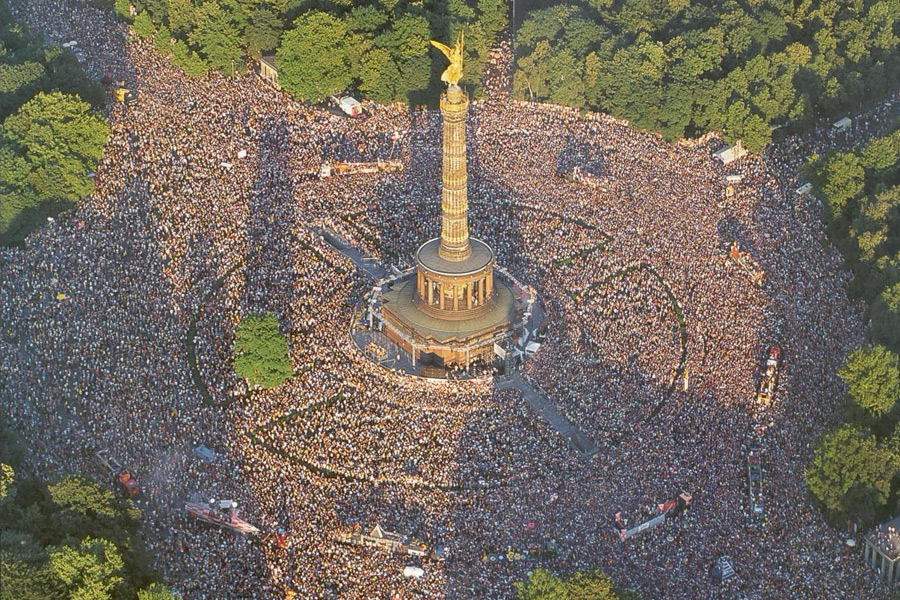 Check out which festivals Sven Väth is playing here.