Summer is nearly here – in the northern hemisphere at least – and that can only mean one thing: it's time to start planning a trip.

By this point, any Australian with their heart set on a European tour this summer has probably put in the groundwork already. You've booked your flights, you've got a vague idea of the cities you want to visit, and you're open to whatever new experiences are thrown your way.

That's where we come in. What better way to make the most of your continental expedition than by heading to some of the most legendary music festivals in the world?

Covering all of Europe in one neat guide is obviously an impossibility, so instead we've picked out some cities we feel like you're probably going to head to, and offered up some options for each to get involved in while you're in town.

The weekend of 14-16 July is a very good time to be in London, whatever your musical preference.

On the Friday and Saturday, Lovebox offers up a rare opportunity to see Frank Ocean live, and a chance to witness Chase & Status smash it on home turf. Beyond the headliners, the whole lineup is a wealth of rap, RnB, soul, disco, funk and house.

If indie and alternative music are more your thing, then Sunday's Citadel is the place for you. Foals are on headlining duties for the one-day festival in Victoria Park, with sets throughout the day from the likes of Bonobo, Laura Marling, Wild Beasts and Michael Kiwanuka. 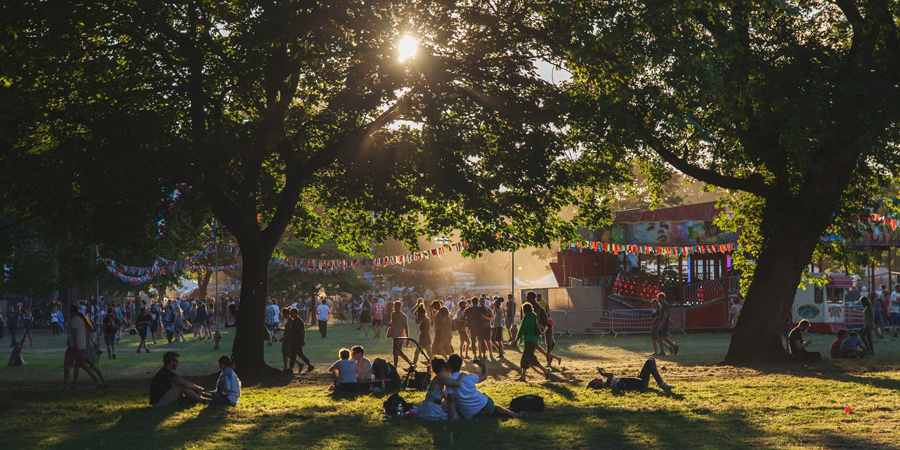 British Bank Holiday Weekends are a wonderful thing, and none more so than at the end of August. Across the capital, people flock to the nearest park or patch of grass regardless of the fact that it's usually about 17°C and windy.

If you're feeling patriotic and in the mood to celebrate one of Australia's most globally successful musical exports, then get yourself to South West Four on Clapham Common where drum & bass titans Pendulum are headlining the Friday night (before the Knife Party contingent warm up for deadmau5 the day after).

And if you've still got the energy after two days of partying, go along to Notting Hill Carnival on the Bank Holiday Monday for an experience like no other.

The festival giant that is Lollapalooza hasn't made it to Australia yet, but it's surely only a matter of time at the rate it's going. The newest addition to the worldwide family is Lollapalooza Paris (22-23 July), bringing the creativity, musical diversity and all round good vibes to the French capital that have made the brand such a success worldwide. 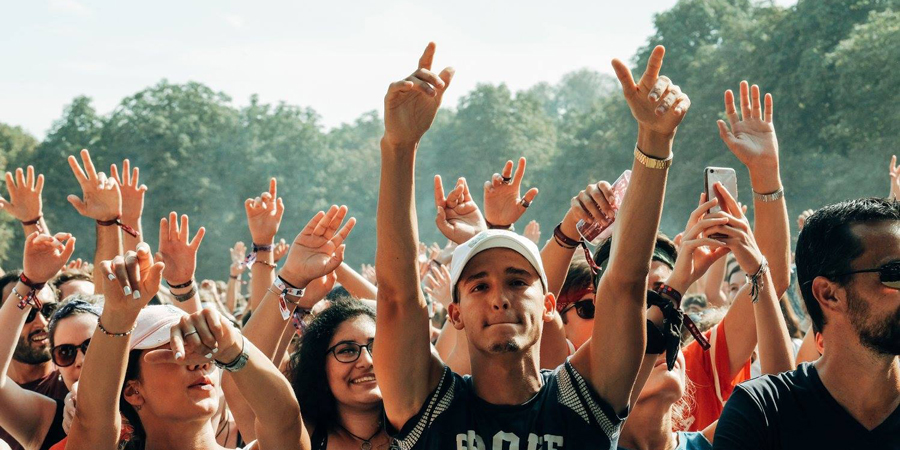 Another opportunity for national pride presents itself at the famous Rock En Seine on 25-27 August, where future-bass megastar Flume is among those topping the bill. An impressive feat given the rest of the lineup, which includes The xx, PJ Harvey, Franz Ferdinand, Vince Staples and Mac DeMarco among others.

Walk into almost any hostel in Barcelona in the height of summer, and the chances are you'll encounter a fair few Aussie accents (as this pom writer discovered during the summer 2013 Ashes series).

There's no shortage of decent nights out across the city, but if you want to take it to another level entirely you've got a couple of options.

The most bombastic and high-octane of these is BBF: Barcelona Beach Festival (15-16 July) where the lineup reads like a who's who of the biggest names in dance music: Martin Garrix, Axwell^Ingrosso, Hardwell, Kygo, Dimitri Vegas & Like Mike... 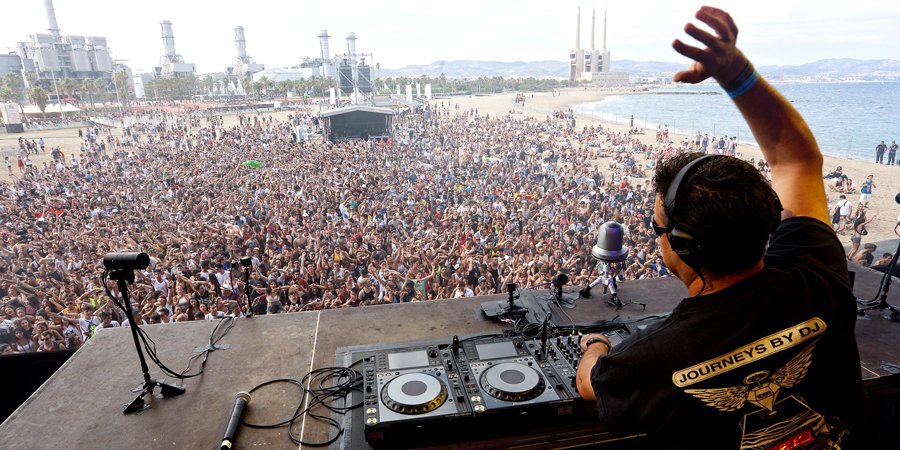 For those who prefer things a little deeper, darker and more stripped back there's DGTL Barcelona (11-12 August), a spin-off from the iconic Dutch techno festival that is now regarded as one of the continent's best in its own right. For those on Aussie-watch, look out for Mall Grab, rising star of lo-fi house who is making waves across the underground.

If there's one thing that Home & Away has taught us all, it's that every single Australian loves to surf.

Opportunities to get amongst the waves are pretty limited in Europe, and frankly the surf is never going to match anything on the Gold Coast, but if you're hankering to get out on the board then Portugal is your best shout.

Not much of Europe enjoys the full force of an ocean to provide decent waves, but you don't have to travel far from the Portuguese capital to find some decent waves, from Cascais all the way up the coast to Peniche. 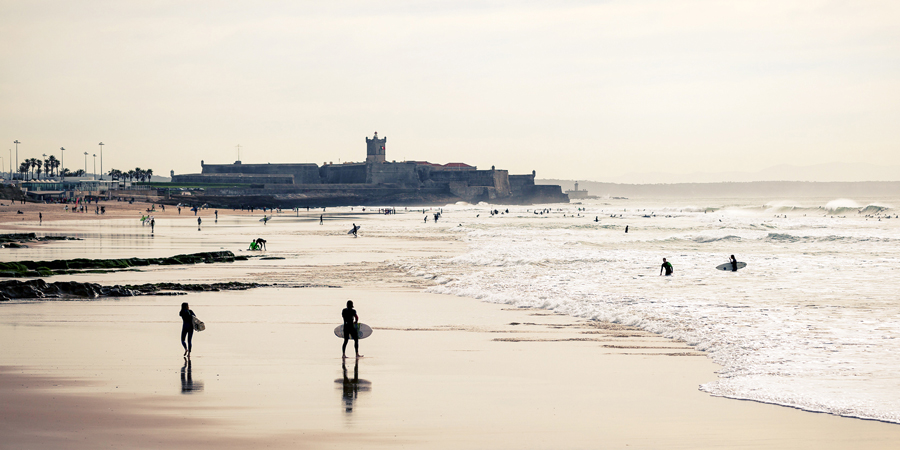 If reggae is your thing, then you could do much worse than MUSA CASCAIS (29 June - 1 July), a three day celebration of the genre overlooking the popular surf spot at Carcavelos beach. And if you want an adventure, a 30-minute drive through the stunningly beautiful Sintra National Park will take you to some of the more rugged and hidden spots on the east coast.

The region's biggest and most famous festival is NOS Alive (6-8 July), which brings global megastars of rock, pop, indie and all manner of other genres to the Portuguese capital. A favourite of music fans across the continent, it won't disappoint, even if this is the only festival you make it to while you're in Europe.

Electronic music is one of the first things that springs to mind when thinking about Amsterdam, along with bicycles, canals and... um... art. For decades it has been a hotbed for DJs and producers, who dominate both the vibrant underground and the global mainstream.

Appropriately, the city plays host to a number of festivals that celebrate music from across this broad spectrum. Loveland Festival (12 August) is firmly rooted in the underground, bringing together house and techno's established veterans and rising stars.

Mysteryland (26-27 August) takes things to a bigger and more spectacular scale, not simply with the lineup of EDM, hardstyle, drum & bass, house and techno heavy hitters, but also with the bonkers set design, phenomenal production and all round carnival atmosphere. 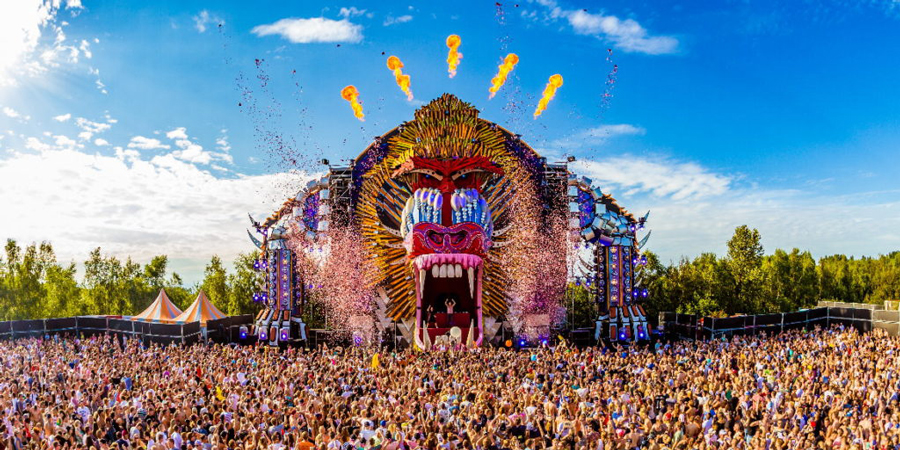 What better way to bring an end to summer than at the world's most famous beer festival? As you may well know, Oktoberfest is actually mostly held in September (from the 16th onwards), and has been celebrated for more than 200 years, inspiring imitation events across the globe.

Whether you aspire to David Boon levels of beer consumption, or just want to soak up the atmosphere, the whole affair is pretty unique, as thousands of people come together in high spirits.

Although the festival itself is free to enter, we've got you covered for a place to stay, party, and (most importantly) enjoy unlimited beer and sangria. What more could you ask for? 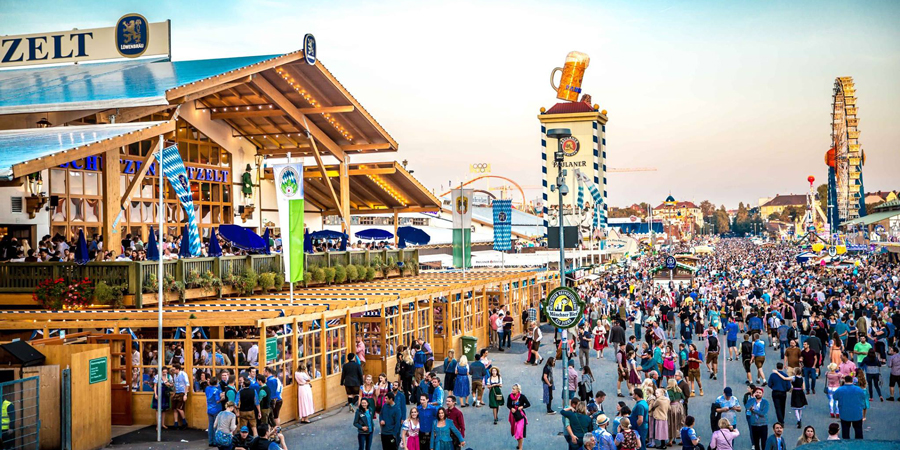