Tuesday saw the announcement of Field Day 2020's finalised lineup, and it all but cemented the festival's evolution from what was an indie/rock affair throughout its history, into a bona fide electronic music romp.

Featuring a bill of DJs spanning house, minimal, acid, hip-hop, and techno, it's indicative of where Field Day will call home for the foreseeable future; the festival has lived a fairly nomadic existence for the past few years having been budged out of East London's Victoria Park by heavy-hitter All Points East, which preceded an ill-fated tenure at Brockwell Park that raised question marks about its trajectory.

Only when brand-spanking new venue The Drumsheds in Meridian Water was unveiled last year did we know where Field Day would set up camp; a move which subsequently signalled where the festival could, and would, lay its hat going into future editions. 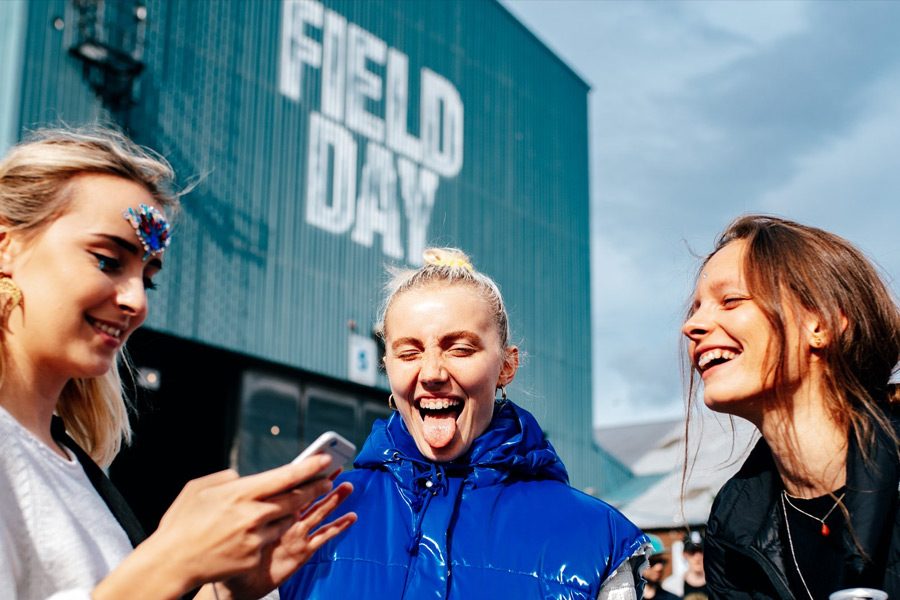 2017's 'The Barn' experiment helmed by Aphex Twin, Four Tet, Jon Hopkins, and Nina Kraviz suggested the direction FD was taking as it arguably provided the festival's first 'wow' factor that set it aside from its peers.

Now, focus is fully on replicating a similar utopic experience within the four interlinked warehouses that form The Drumsheds.

With Printworks London piloting The Drumsheds, production is clearly in safe hands - Bonobo's Friday headline DJ set in the main shed last year was a hallucinatory spectacle, and certainly a festival highlight. However, with the onus on electronic acts more so, performances from artists not fitting the mould suffered slightly, with technical hitches occurring throughout the weekend.

It would appear that's why the organisers have changed tack, curating a lineup that complements the venue's late curfew instead. And Field Day's new guise is none better encapsulated than by headliner Bicep.

Securing the Northern Irish producers is somewhat of a coup considering the duo seem to sell out every major performance they announce, and given the relationship with Printworks (see their stellar live show above for reference), their appointment as the festival's pinnacle act is a no-brainer.

The critical and commercial acclaim attributed to their self-titled debut full-length back in 2017 helped them achieve cross-over success that evades the majority of their contemporaries, and they've tailored the visual aesthetics to match their authentic headliner credentials.

Of course, there's a rich list of performances to get feverish about, notably live sets from both Floating Points and Ross From Friends, as well DJ sets from Mount Kimbie, Josey Rebelle, Mall Grab, and Tale Of Us.

Having streamlined operations, slimming it down from two-days of unconvincing curation to a one-day, all-day rave, this may be the moment when Field Day re-establishes a unique voice of its own.

With 10,000 acres of land to utilise, it's not entirely obvious if the festival intends to make use of the grounds surrounding The Drumsheds as it did in 2019; the main stage was seen as a separate entity to the warehouse spaces, seeing the likes of Skepta, Jorja Smith, Death Grips, Pusha T, and Diplo all perform outside.

Seemingly, the lineup would suggest that The Drumsheds will now provide the fulcrum of the day's proceedings, so there may not be any need for an explicit open air stage. But only time will tell.

One thing is certain, however, is given their newfound connection to Printworks only becoming stronger after a year of cohesion, Field Day can continue to draw from this expertise, creating an unmissable date in the calendar for those of us whom exist in the raving realm.