Garorock: A History in Posters

It's been nearly a quarter of century since the very first edition of Garorock, and in that time the French festival has developed into not only one of the country's finest offerings, but a major player on the European scene.

The length of the festival may have expanded from the one-day events in the earliest iterations to four-day festivals these days, and the lineups expanded to include increasing numbers of international superstars, but one thing that has remained consistent is the festival's commitment to having a new, striking visual identity each year.

So what better way to chart the development, growth and evolution of the festival, while also looking back over years of creativity, than perusing every poster since the very first edition back in 1997. 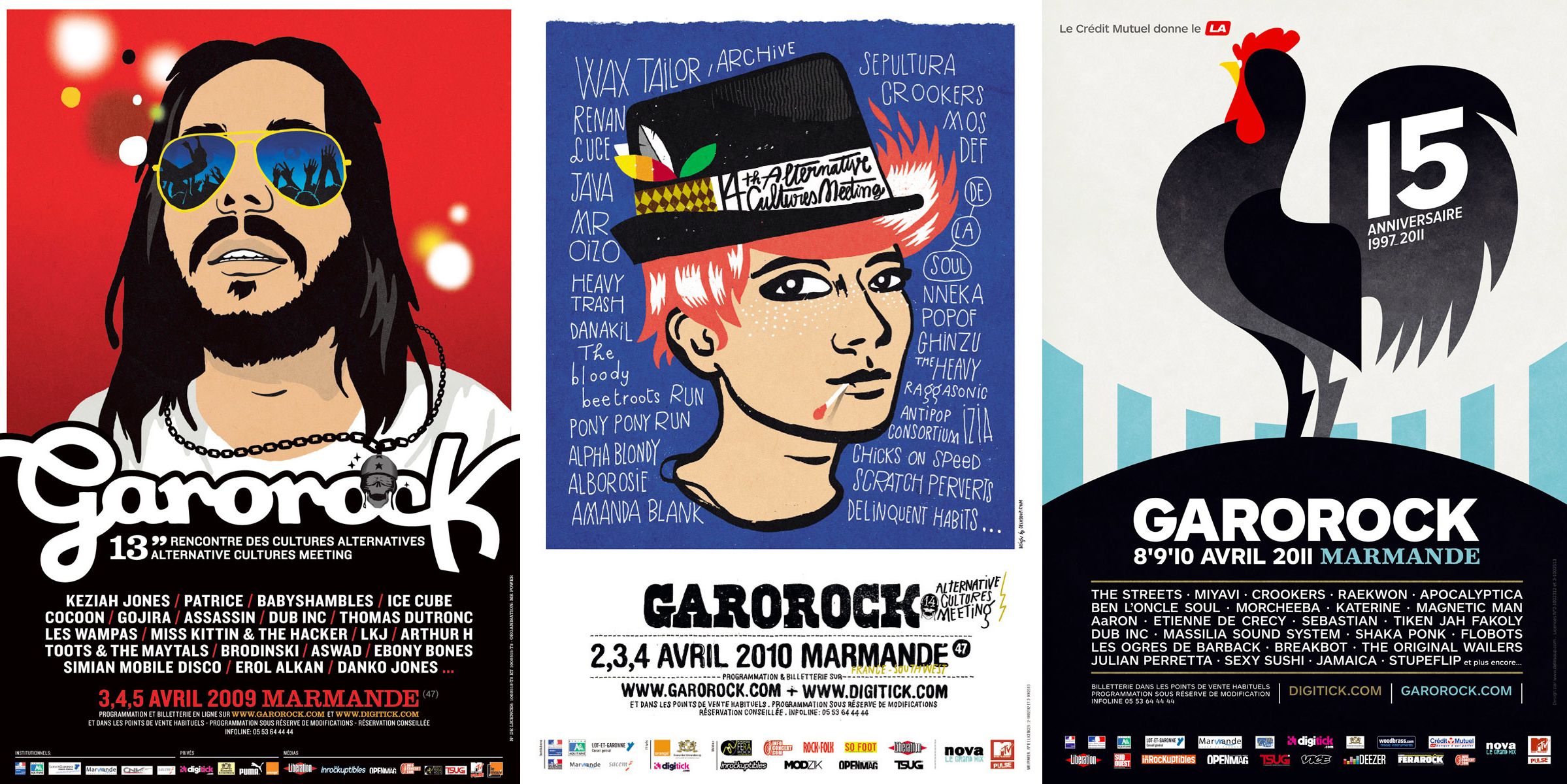