The hallowed festival returneth; this weekend, after a very long year out, approximately 250,000 people will descend on Somerset's Worthy Farm for another typically expansive, traditionally liberal, and (hopefully?) fair-weathered edition of Glastonbury Festival.

Initially met with mixed-reactions, The Cure, The Killers, and Stormzy have all been handed the coveted headliner spots, but if none of the aforementioned is your bag, it won't come as a surprise that there's a wealth of other artists to pique your interest. If anything, the cascading options can prove to be something of a headache.

This is why we've selected the worst of the clashes so you can remedy this headache before you arrive, for what will undoubtedly be, one of the best weekends of your life.

Alternatively, it's refreshingly freeing not plan an itinerary, meandering where the river of opportunity and wide-eyed excitement takes you –  so that's always a method to completely avoid the very temporary grips of indecision, heartbreak, and regret.

A real doozy to begin with; the opening night proper provides one of the most excruciating clashes there's been at Glastonbury for some years. All headlining their respective stages on the first full day of live acts, you've got the option of witnessing history being made in Stormzy (Pyramid Stage, 22:15 - 23:45) becoming the first grime artist to headline the festival, two global phenomenons on at the very peak of their craft in Tame Impala (Other Stage, 22:15 - 23:45) and Interpol (John Peel Stage, 22:30 - 23:45), or a cerebral rave with Jon Hopkins (West Holts Stage, 22:15 - 23:40).

The fact that there's still some residual bitterness in regards to not successfully attaining a ticket this year (it's fine, honest...), I wouldn't wish this choice upon any of you lucky Glastonbury-goers. 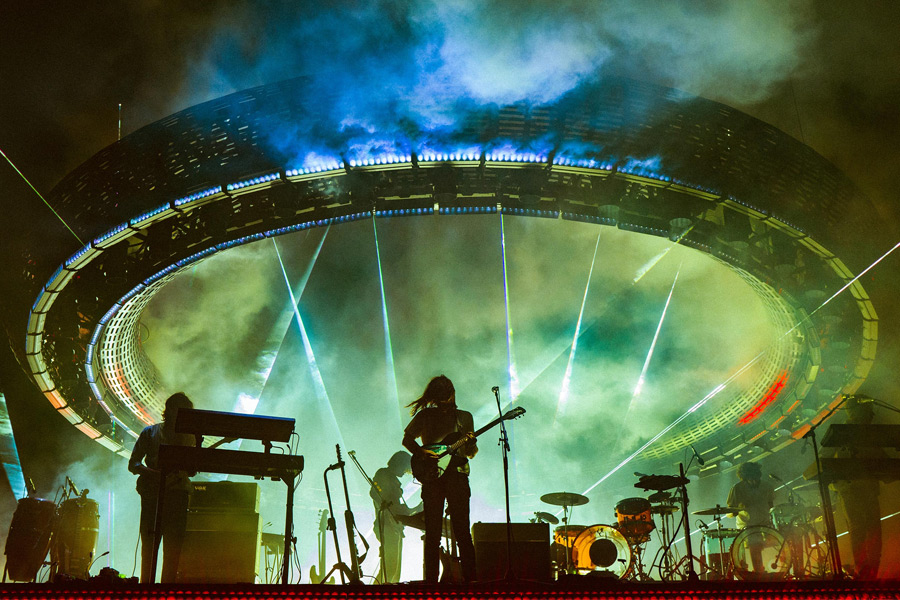 By the early hours of Friday (technically Saturday morning), you'll no doubt be in one of Glastonbury's many dance tents. It just depends on which one, and what kind of music you'll be raving and misbehaving to; either techno upstart Charlotte de Witte's (Arcadia's Pangea, 02:00 - 03:00) crunchy beats or domestic fave Four Tet's (WOW, 01:00 - 03:00) dreamy electronica are bound to dictate the trajectory of your night. 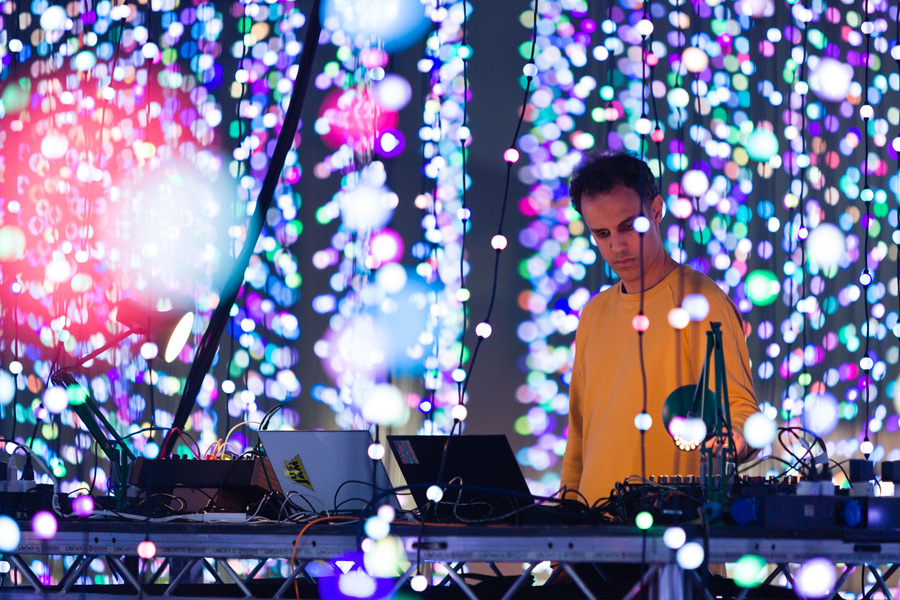 One of international pop music's most exciting talents, Rosalía (John Peel Stage, 18:00 - 19:00) has re-branded flamenco and given it a welcome injection of modernity, much the same as South London-based polymath Shabaka Hutchings has done with jazz and experimentalism with The Comet Is Coming (West Holts Stage, 17:30 - 18:30). A pick of two trailblazers in their respective fields, or hip hop's original female firebrand in Ms. Lauryn Hill (Pyramid Stage, 18:00 - 19:15). It's a toughy. 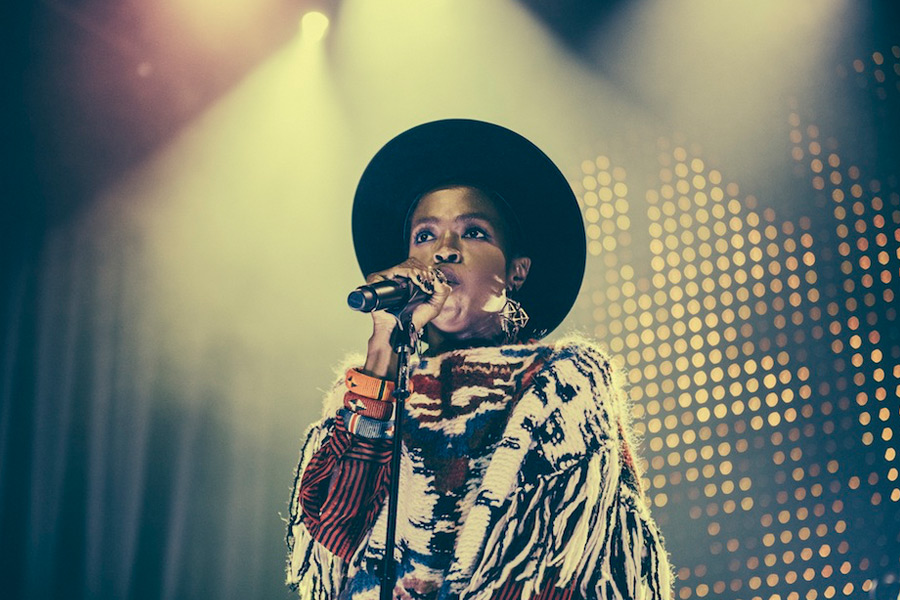 Whilst all offering an entirely different sonic experience, it's certain that you'll be dancing till the cows come home; quite literally, as they'll be chilling in one of the adjacent fields throughout the weekend. 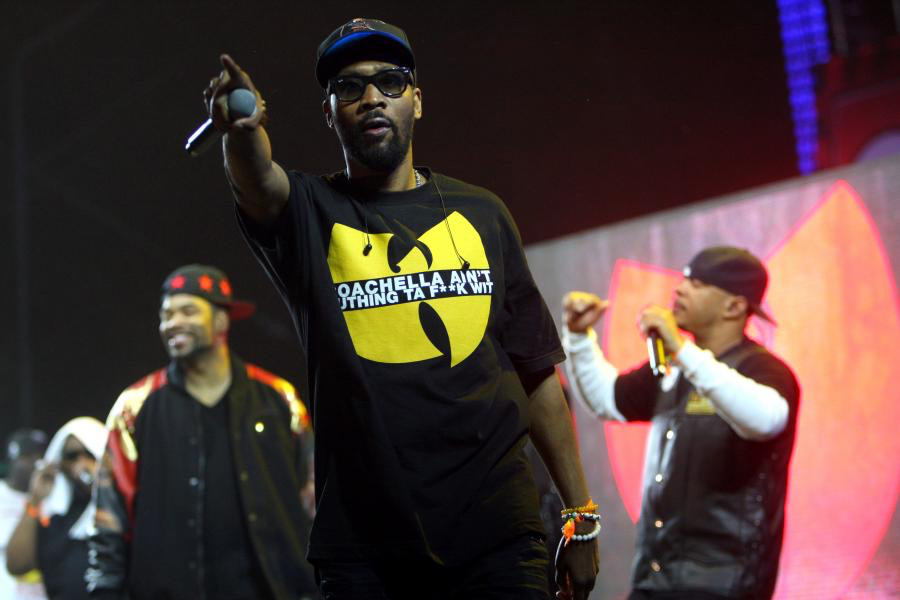 Albeit not headlining as her augmented poster may have suggested, the crowning jewel of alluring 90s R'n'B in Janet Jackson (Pyramid Stage, 17:45 - 18:35) clashes with the heir to her throne in singing, rapping, booty-popping flautist Lizzo (West Holts Stage, 17:30 - 18:30). It's 'all for you' to decide. 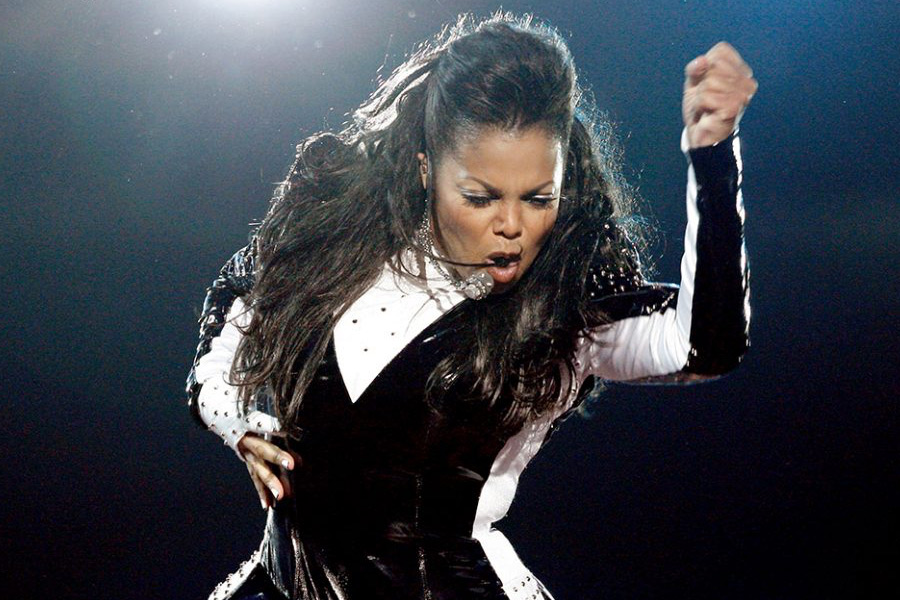 One offering a voice to Britain's dismayed working-class, the other channelling Ireland's sentiments about gentrification and the gradual loss of tradition. Both, however, have bright futures ahead, with slowthai (West Holts Stage, 16:15 - 17:00) and Fontaines DC (William's Green, 16:00 - 16:40) deserving of the current vortex of hype that's swallowed them whole. 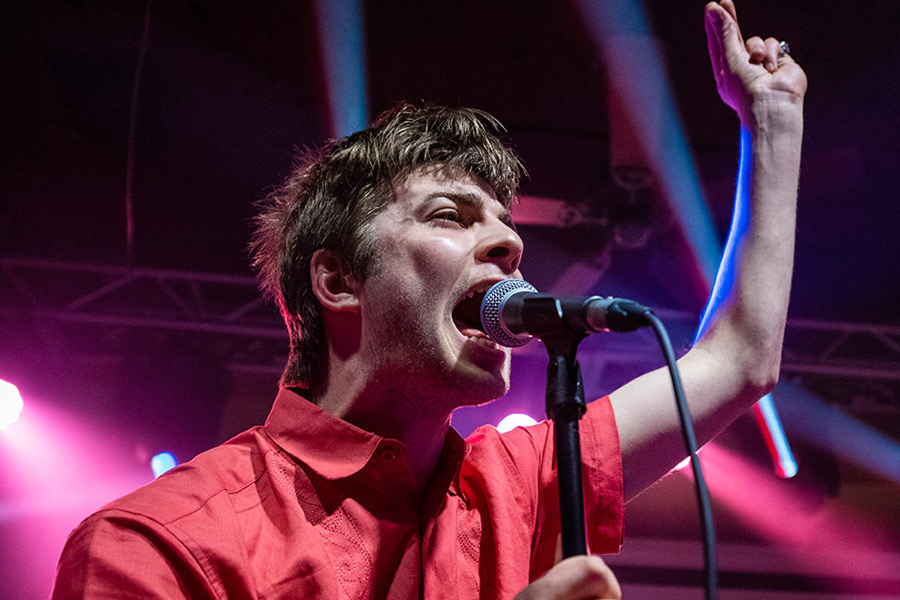 Definitely one of the more left-field clashes on the list, but both could intrigue given their performances may range from the sublime to the ridiculous; Jeffy G's (West Holts Stage, 14:00 - 15:00) distinct raconteuring could provide a much-needed jolly after a weekend of debauchery, or Babymetal's (Other Stage, 14:35 - 15:15) cutesy dance-routines amidst chugging riffs could be a pleasant surprise? Genuinely wouldn't know what to expect with either performance in all fairness. 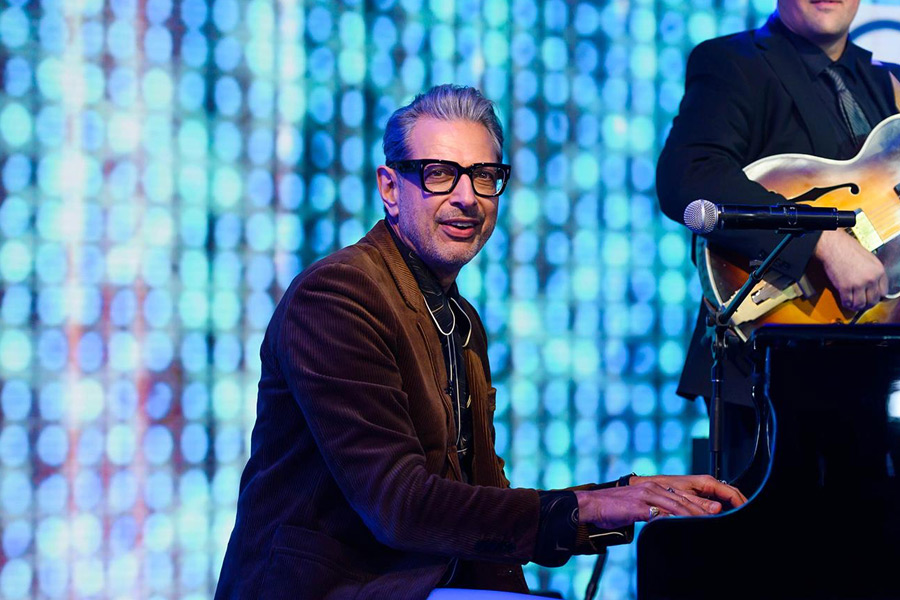 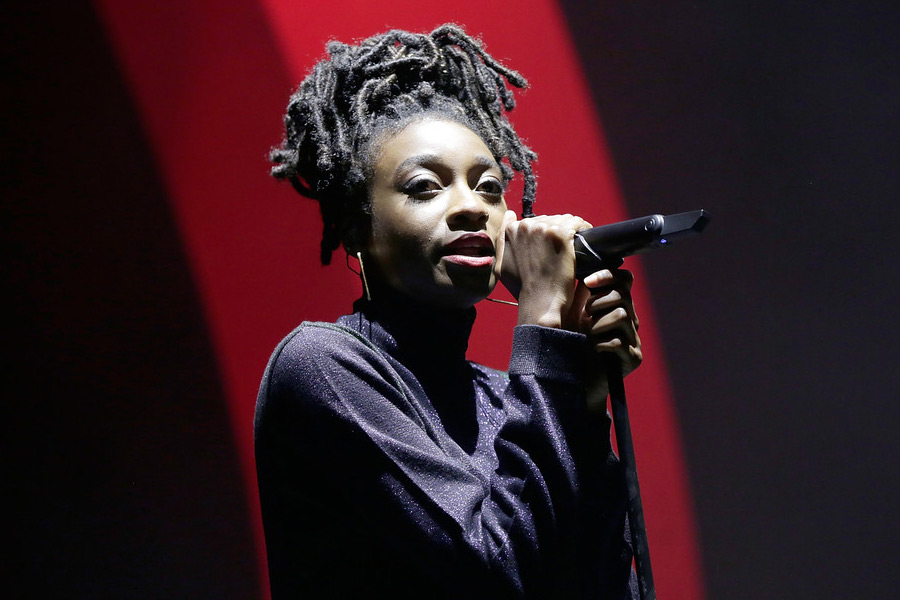 The Cure / Christine and the Queens / Janelle Monáe / The Streets

Proving to be as much of a head-scratcher as the Friday evening's dramatic clash, considering this will be the final live performance that many of the fortunate festival-goers will experience, will it be a nostalgia-drenched love-in with Robert Smith's The Cure (Pyramid Stage, 21:30 - 23:30), or Mike Skinner's The Streets (John Peel Stage, 21:30 - 22:45)?

The little solace I can take it not participating in this year's gargantuan affair is that I don't have to may that decision. 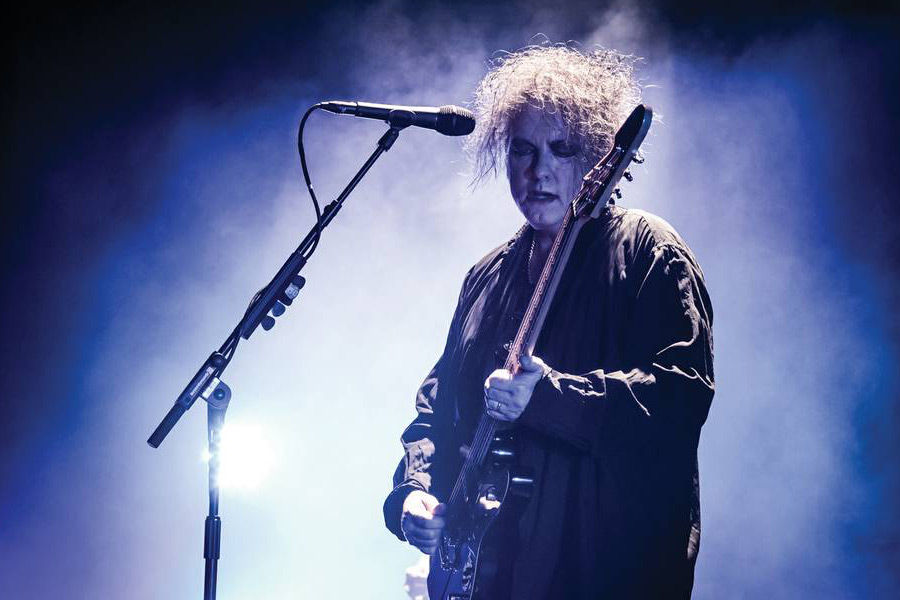