Glastonbury 2020: Who Will Headline?

Even before this year's Glastonbury Festival had begun, the rumour mill went into overdrive regarding the 2020 edition's headliners. Considering it's the sacrosanct festival's 50th anniversary, there's ample reason.

With tickets selling out in 34 minutes and a record 2.4 million people registering to attend for Glastonbury's semi-centennial birthday, excitement for next year is palpable. Especially for the headliners' discussion, but who will it be?

Let’s face it, not even the persuasive power of both father and daughter Eavis with the promise of headlining the world’s biggest festival could coax some artists out of retirement; ABBA have reportedly rejected in excess of one billion pounds to reunite, Led Zeppelin inspired the entire festival but have seldom been seen together since the death of drummer Jon Bonham in 1980, and The Smiths reunion seems wildly unlikely due to Morrissey’s newfound political radicalism.

As spectacular and culturally enriching as Stormzy’s headline was, for the landmark anniversary, surely the Eavises will plump for legacy artists to headline the Pyramid Stage, reflecting the many years of music tradition that Glastonbury has steadily cultivated over the course of half a century? Only time will tell, but for now, let's speculate.

Arguably the fan-favourite to headline, as they're mentioned most years; turning down advance of the Eavises in 2015 in favour of headlining Isle Of Wight Festival has continued to whet the appetite for Stevie Nicks, Mick Fleetwood and co to bestow their magical presence upon Worthy Farm.

Having dropped a major hint at their recent London shows suggests that they're a shoo-in? Or it could just be Rumours.

A firm frontrunner to occupy one of the three major headline slots, the bedazzling, reliably bejewelled 'Rocketman' will be approaching the tail end of his final ever tour when Glastonbury weekend arrives. Is it written in the stars? 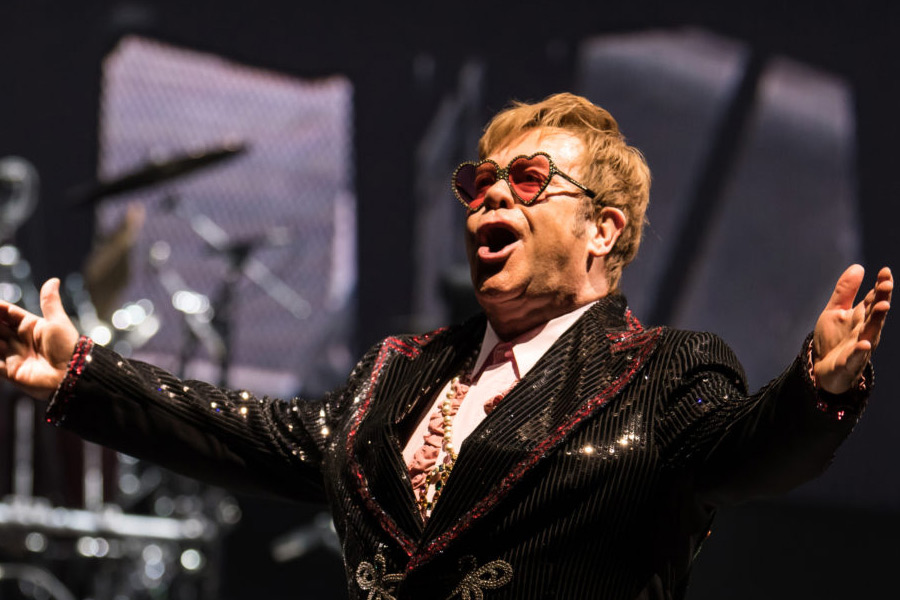 An outside chance to headline, that was until Swift recently revealed a string of European festival dates next year, alongside her own creations Lover Fest East and Lover Fest West in the US. There's a couple of Glastonbury-sized gaps in her itinerary that could point her in the direction of the Pyramid stage, so it's now looking far more likely. We'll have to wait and see. 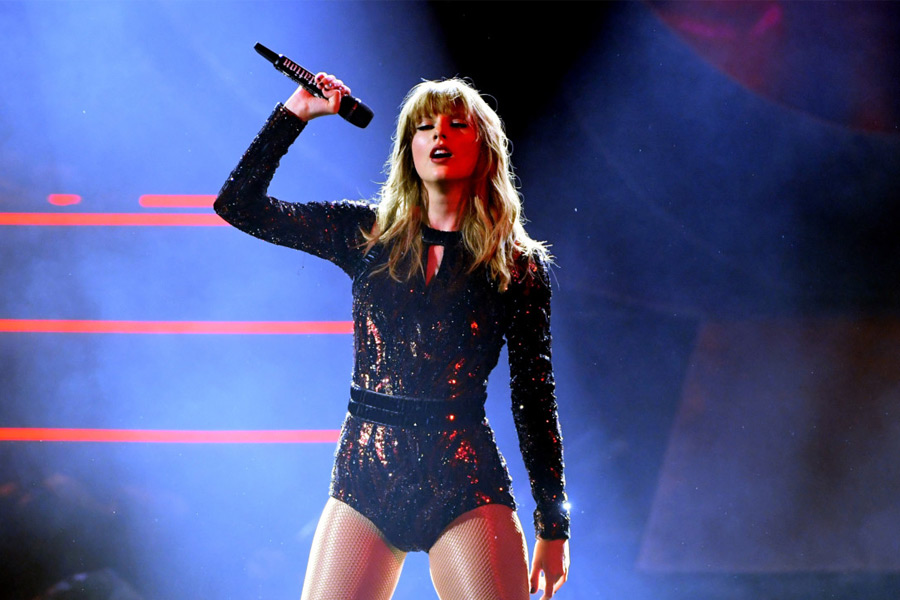 The only one from the former 'Fab Four' to have headlined the festival already, could Macca make his return to the Pyramid Stage after fifteen years? Michael Eavis has teased it's a possibility, which means it's a probability. 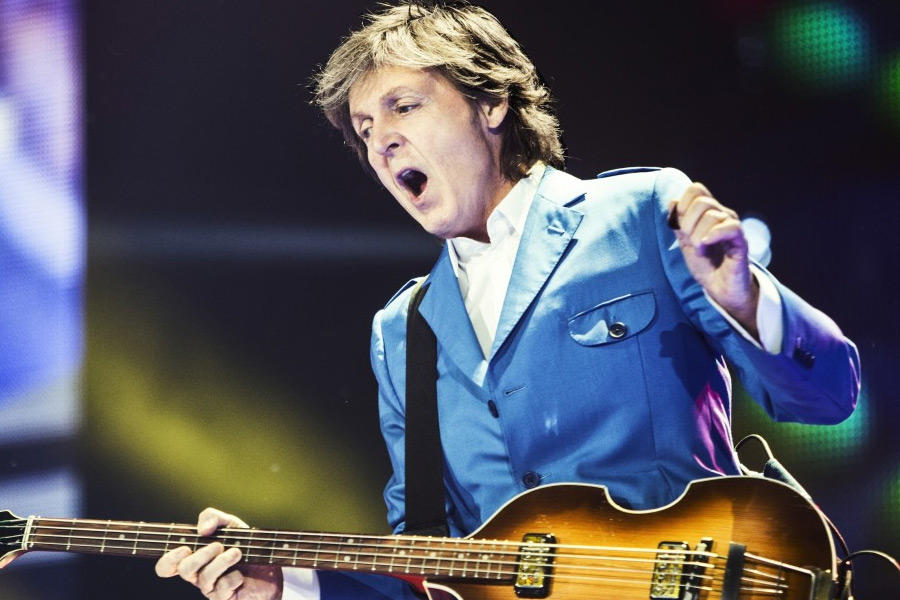 One of the early favourites, likely because Chris Martin seems to loiter backstage every year waiting for someone to invite him on for a duet. They've had their time, so just please, not again. Please. 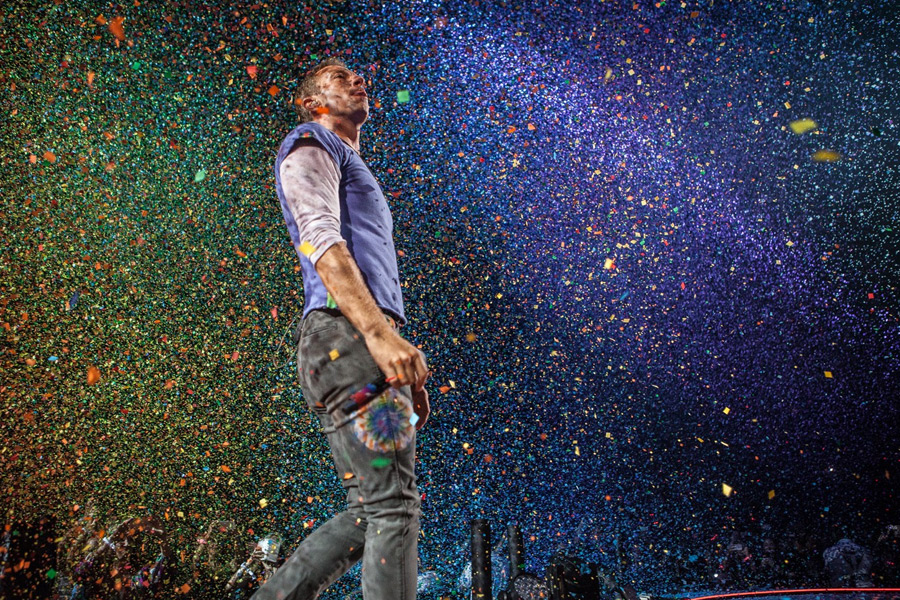 The Oxford band received a rapturous reception at their secret set this year, and with the second half to double-album Everything Not Saved Will Be Lost - Part 2 due to release in September, it could provide the impetus required to garner that coveted spot for our homegrown idols.

Glastonbury is open-game for all genres now, and considering Grande continues to dominate the mainstream charts then there's no reason why she couldn't dominate the Pyramid Stage. She conquered Coachella, so is Glastonbury next? 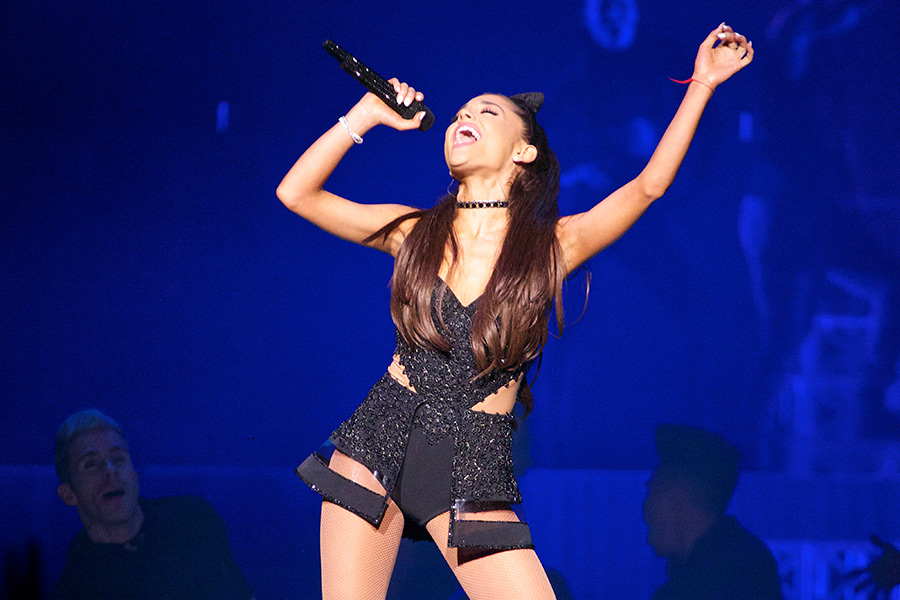 The indie starlets are on course to become one of the most globally successful British bands this decade and have the feverishly dedicated fanbase to show for it. But are they ready to headline Glastonbury's hallowed Pyramid Stage?

"In two years time, we’ll be back with a new record, we’ll headline Reading and Leeds, and the year after that, we’ll do Glastonbury". According to frontman Matt Healy, yes. 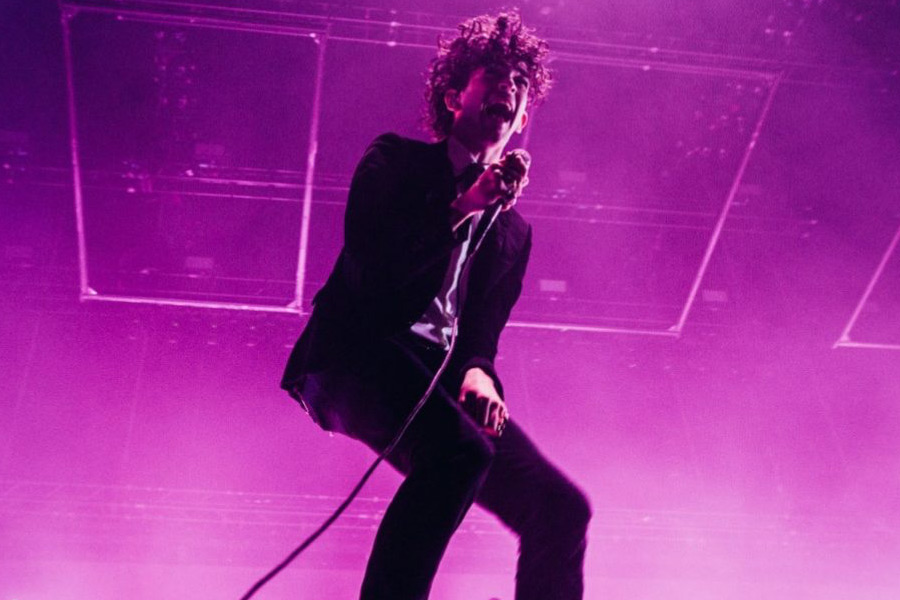 If you cast a vote for which band British festival-goers would want at the summit of the Glastonbury lineup, I'm certain that Arctic Monkeys would be leading the pack. I'm also certain that the Sheffield boys would duly return for their hat-trick headline appearance given the opportunity. 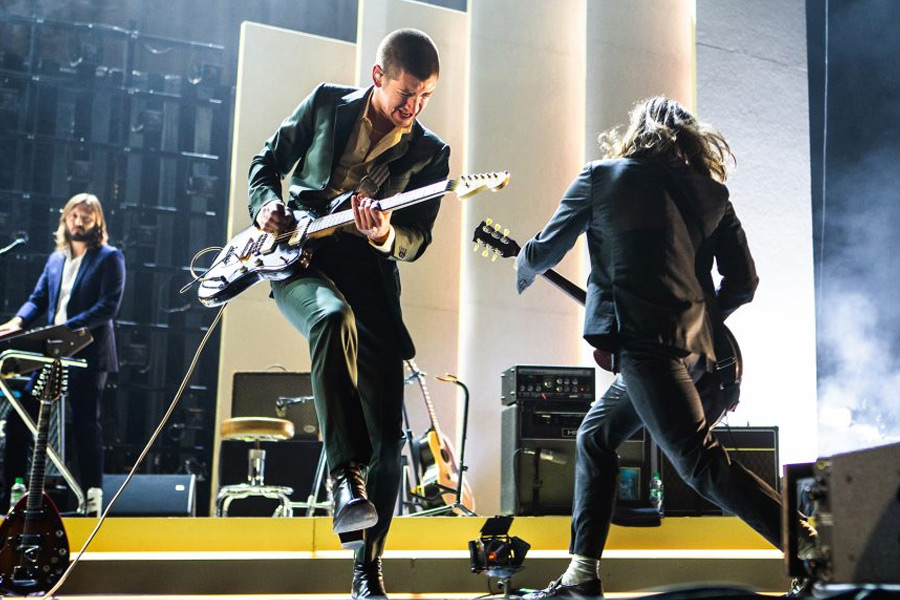 A brotherly feud only matched by Messrs Gallagher, brother Ray and Dave Davies confirmed they were once again on speaking terms, strongly hinting that they'd been in the studio making material for a new album.

Though said material has yet to be heard, if The Kinks did decide to perform live together again, demand for the influential, legendary British Invasion band to headline the Pyramid Stage would be immense. 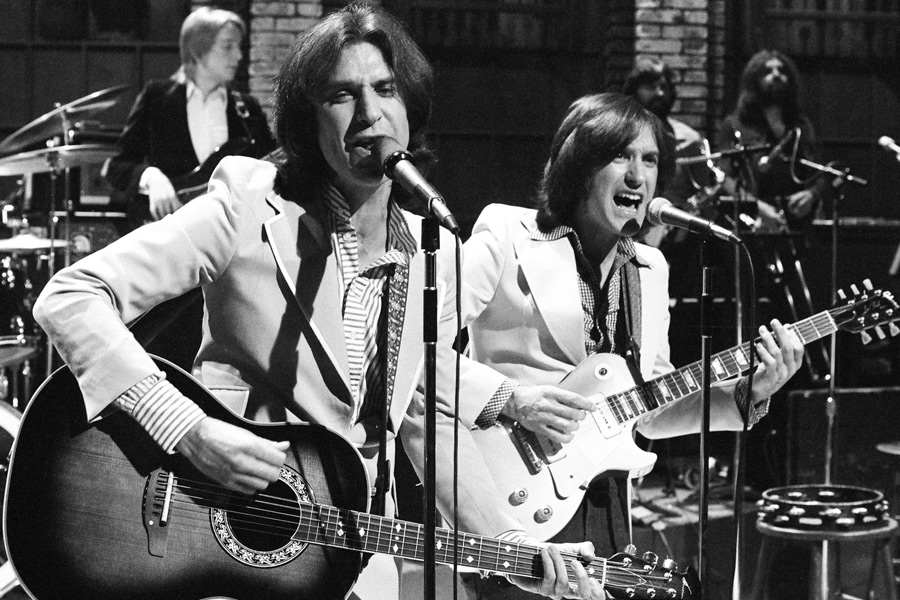 Queen Madge made her return to the limelight earlier this year at the Eurovision Song Contest, and new album Madame X proves she still has the creative muscle (and unmatched discography, of course) to warrant the position. She'd no doubt get us all 'Into The Groove'.

I know, I know. Preaching that the Eavises couldn't lure the aforementioned artists out of retirement, but technically the French dance-disco legends aka Thomas Bangalter and Guy-Manuel de Homem-Christo are merely in hibernation, so anything's possible. Fingers crossed we'll 'Get Lucky'. 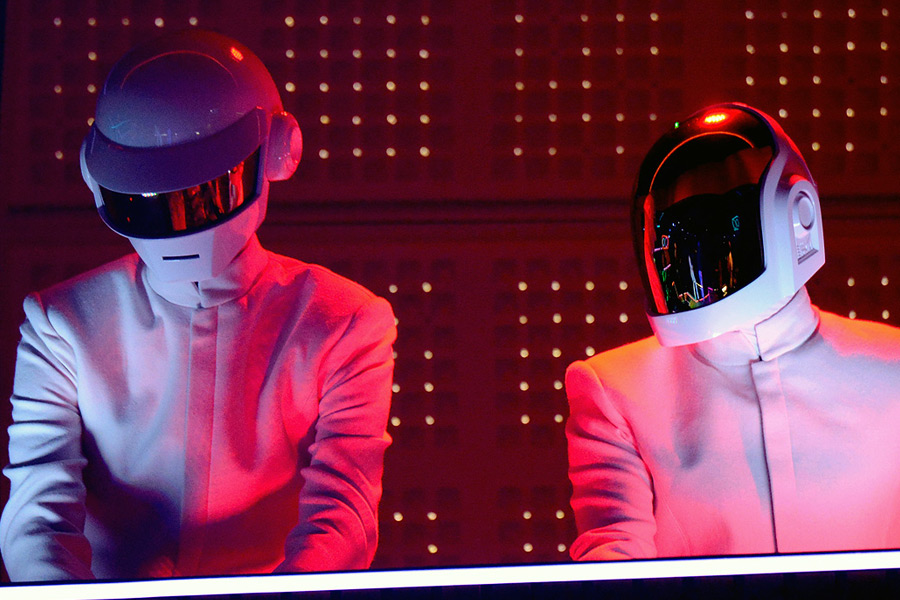