Isle of Wight Festival: We Look Back at Five Legendary Sets

Dubbed the UK's answer to Woodstrock, the Isle of Wight Festival has had a mixed history, shall we say. Formed in 1968, the festival had to take an extended hiatus after Parliament banned it due to the sheer number which turned up in 1970. It was one that lasted 32 years, until it returned again in 2002 under the name Rock Island.

Since then, the festival has climbed back to the top of the worldwide festival stage thanks to some thrilling sets that resonated far beyond the small island.

We took a look at five that stood out.

Little did we know at the time that this was to be David Bowie's last ever live show on UK soil. Looking back at the performance, the festival's founder John Giddings recalls how the main screen was playing England's loss to Portugal in the Euros just before Bowie came to the stage. And with over 50,000 people feeling distraught in a field, not many people would be able to pick them up again. David Bowie was one of them.

The Rolling Stones and Amy Winehouse – 2007

As if The Rolling Stones performing isn't great enough, just imagine the scenes when they brought out the late Amy Winehouse, before her tragic descent. Looking back, and considering the generational gap between the two artists, it makes the latter's story hit home that ever bit harder. 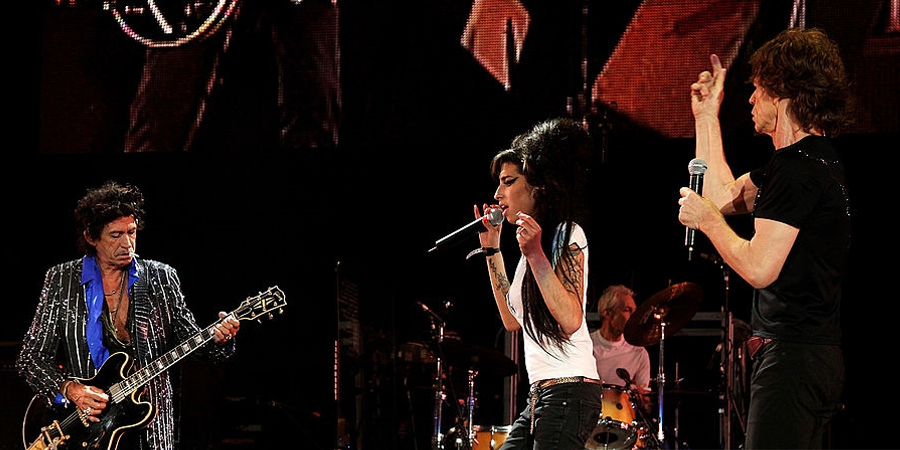 Quite is the superstar status of Jay-Z, that the man can command the world's greatest self-proclaimed rockstar Kanye West to fly across the Atlantic to join him on stage for barely much longer than a minute.

Such was the in-out job that we wouldn't be surprised to hear that Kanye flew back immediately after, but for those few minutes of Run This Town, two of the world's greatest hip-hop artists combined for a moment of absolute ecstasy. Just listen to those screams.

When Glastonbury founder Michael Eavis asked Isle of Wight's John Giddings how he managed to pull off booking Fleetwood Mac, he quipped back: "I paid them." They may have cost an arm and a leg, but my word were they worth every penny.

In what was their only festival appearance of 2015, the cross-Atlantic group, complete with the returning Christine McVie, laid on a hit-packed set that dropped everything from Don't Stop to Landslide, Dreams to Everywhere, and an incredible solo performance of Big Love by the hugely talented Lindsey Buckingham.

I doubt there's a city in the world that doesn't have a club full of drunks bellowing out Don't Stop Me Now on a Saturday night. But one weekend back in June, 46 years after forming, the real deal were making their UK festival debut. With their charismatic frontman Freddie Mercury no longer with us, singing duties were taken up by popstar Adam Lambert.

And although some were sceptical the show could descend into nothing more than a very good attempt at karaoke, all cynicism was quickly dispelled as soon as the opening bars of One Vision passed over the crowd. Lambert preened and prowled just like his hero, channeling his inner Mercury in a performance that felt deeply refreshing and moving.

Isle of Wight Festival will take place on 8-11th June 2017. Find out more on our guide and book your tickets and packages here.