Techno raves have been tradition in Germany from some decades now. Spawned as a sub-culture during the 80s, extending onwards throughout the 90s where these experiences were popularised, and even until now the world's most iconic celebrations of techno exist in Germany.

Count Love Family Park as one of these; with humble beginnings back in 1996, the one-day outdoor rave has become one of central Europe's most adored summer excursions for those with a penchant for four-to-the-floor techno.

This year will usher in nearly a quarter-century of Love Family Park, so what better way to analyse a festival's continued evolution than a retrospective of their annual posters, right?

From 1996 to 2020 you'll see a steady expansion of artists and progression of the poster's art direction, but there's one constant you'll undoubtedly notice... As the saying goes "No Papa, no party". 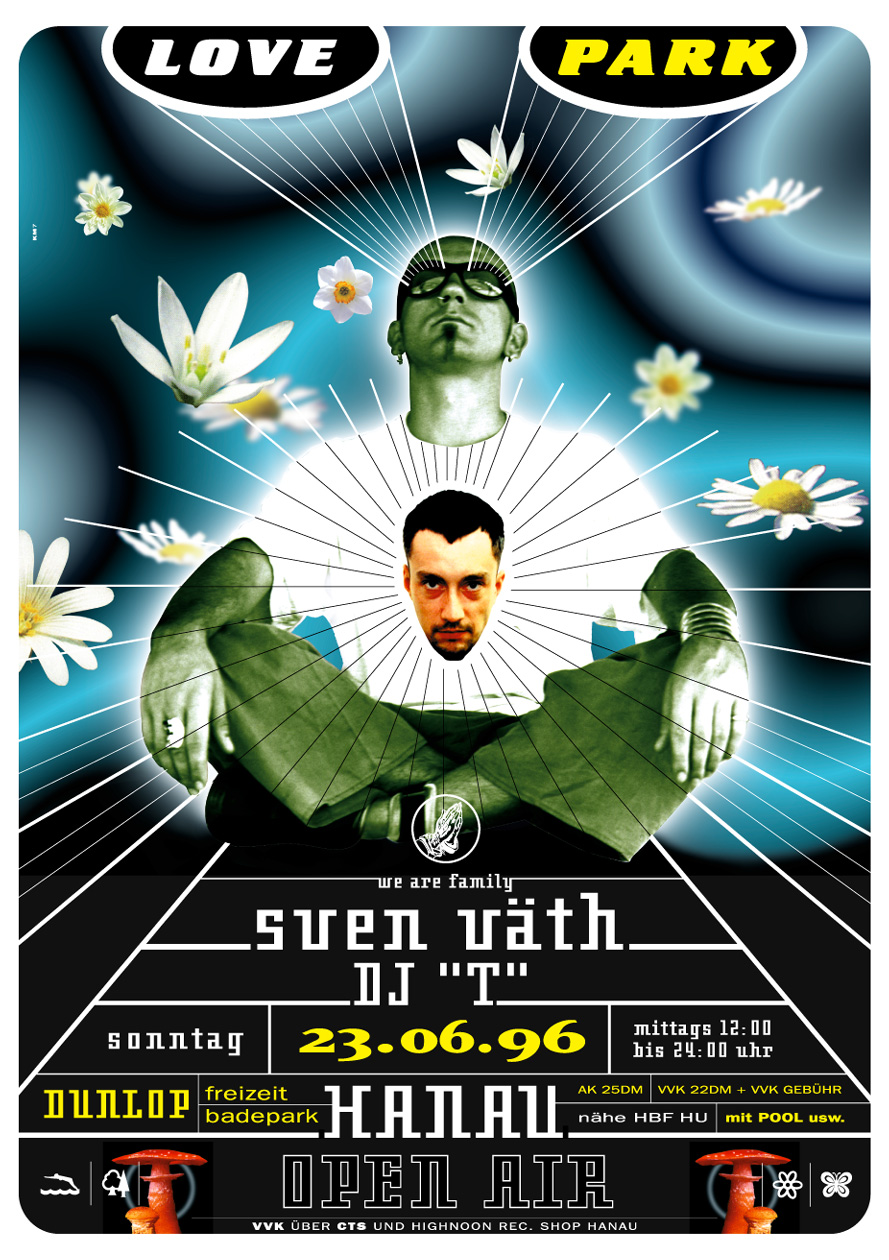 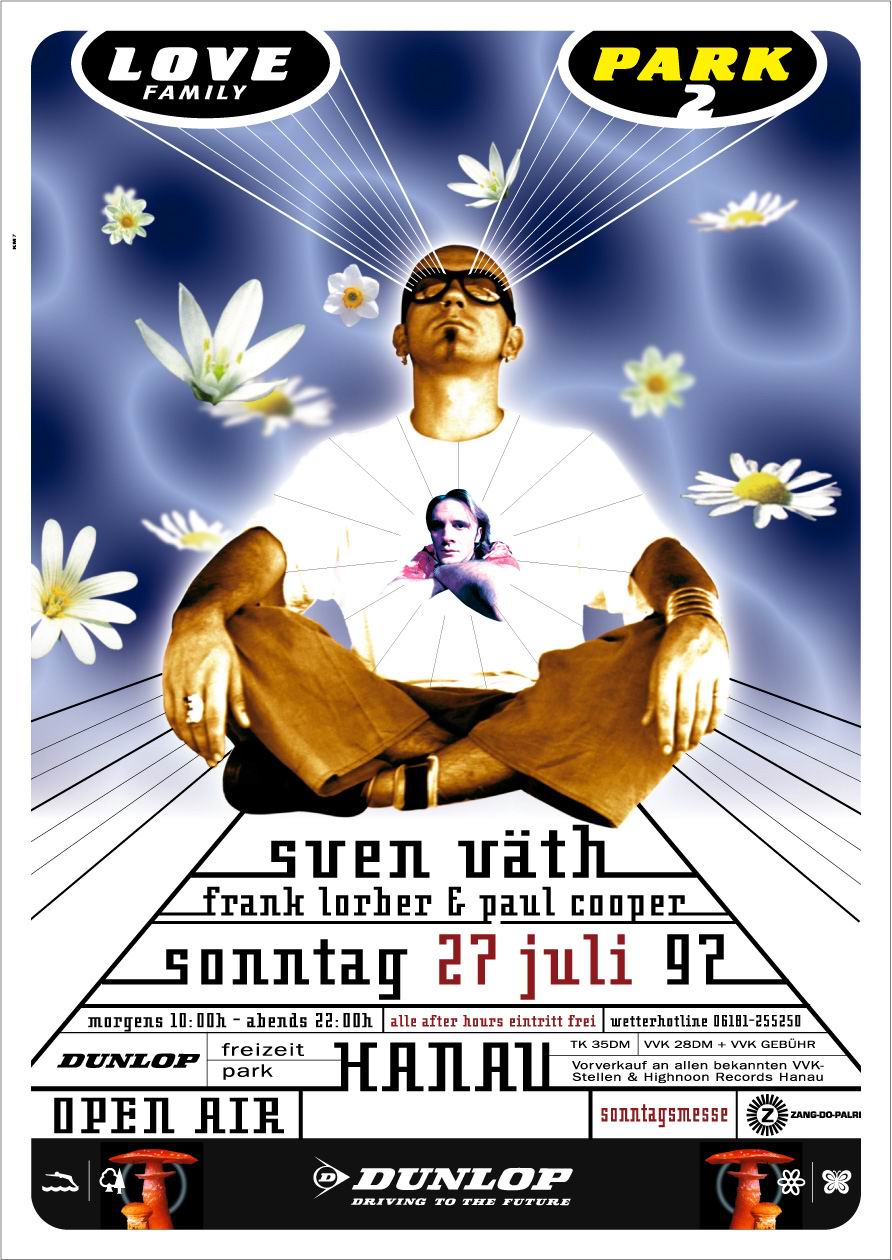 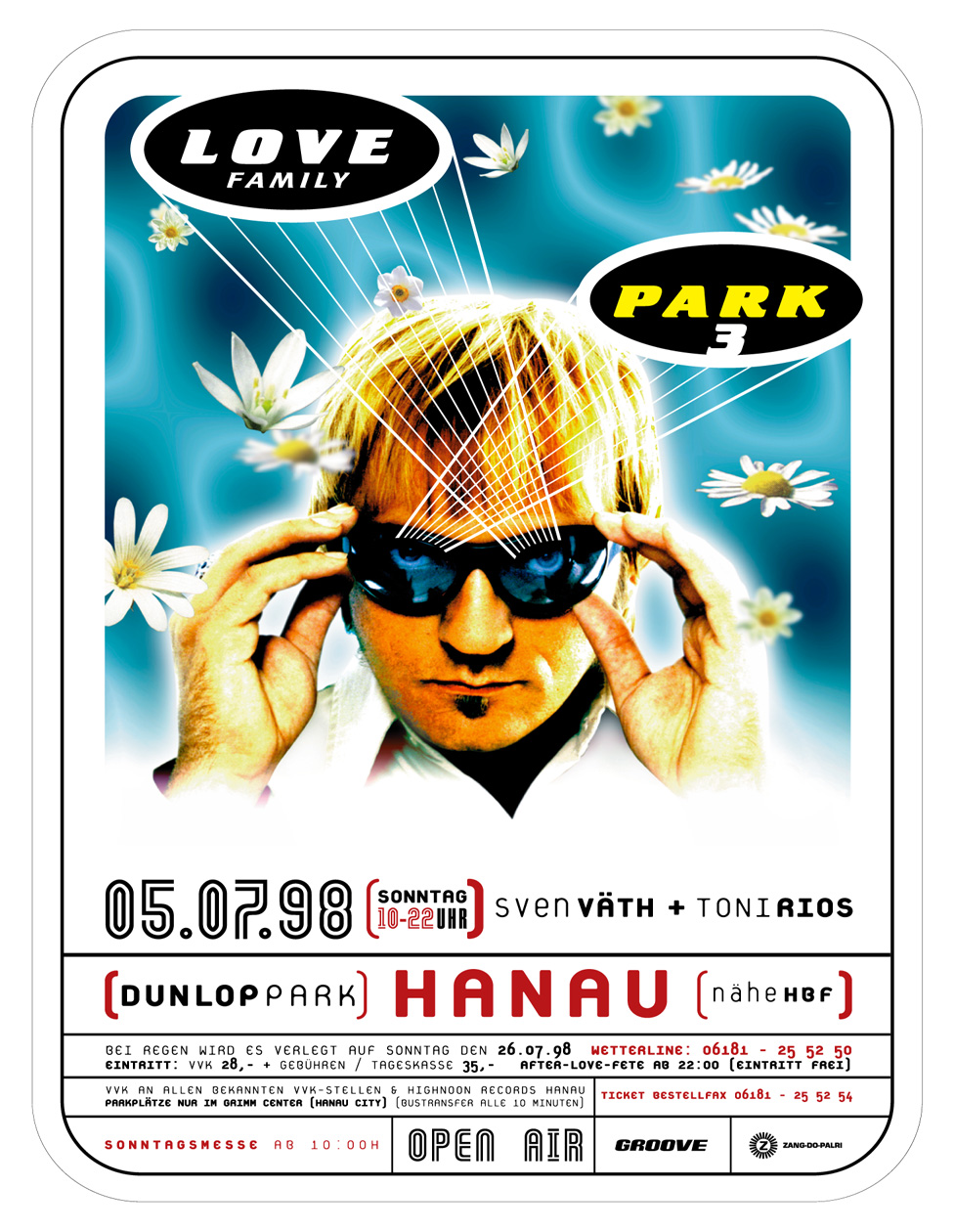 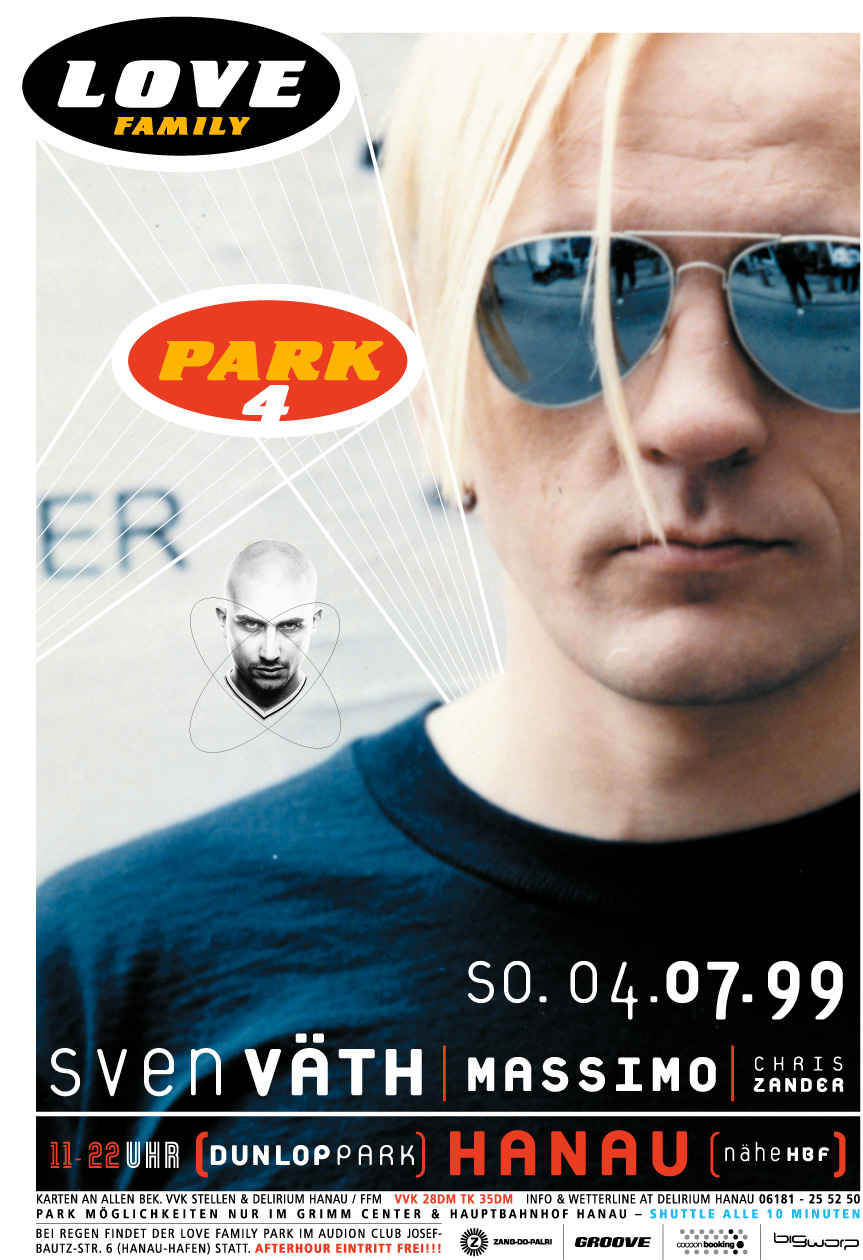 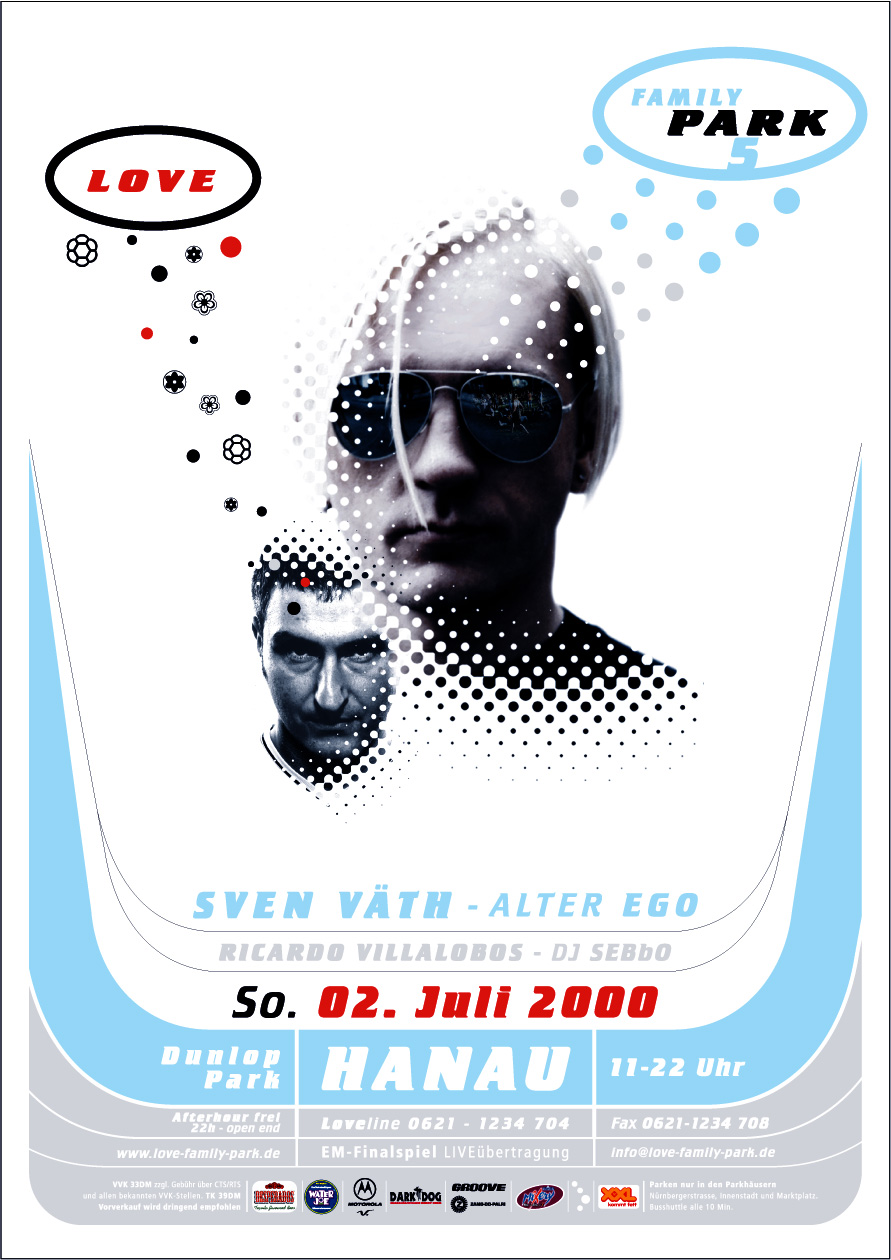 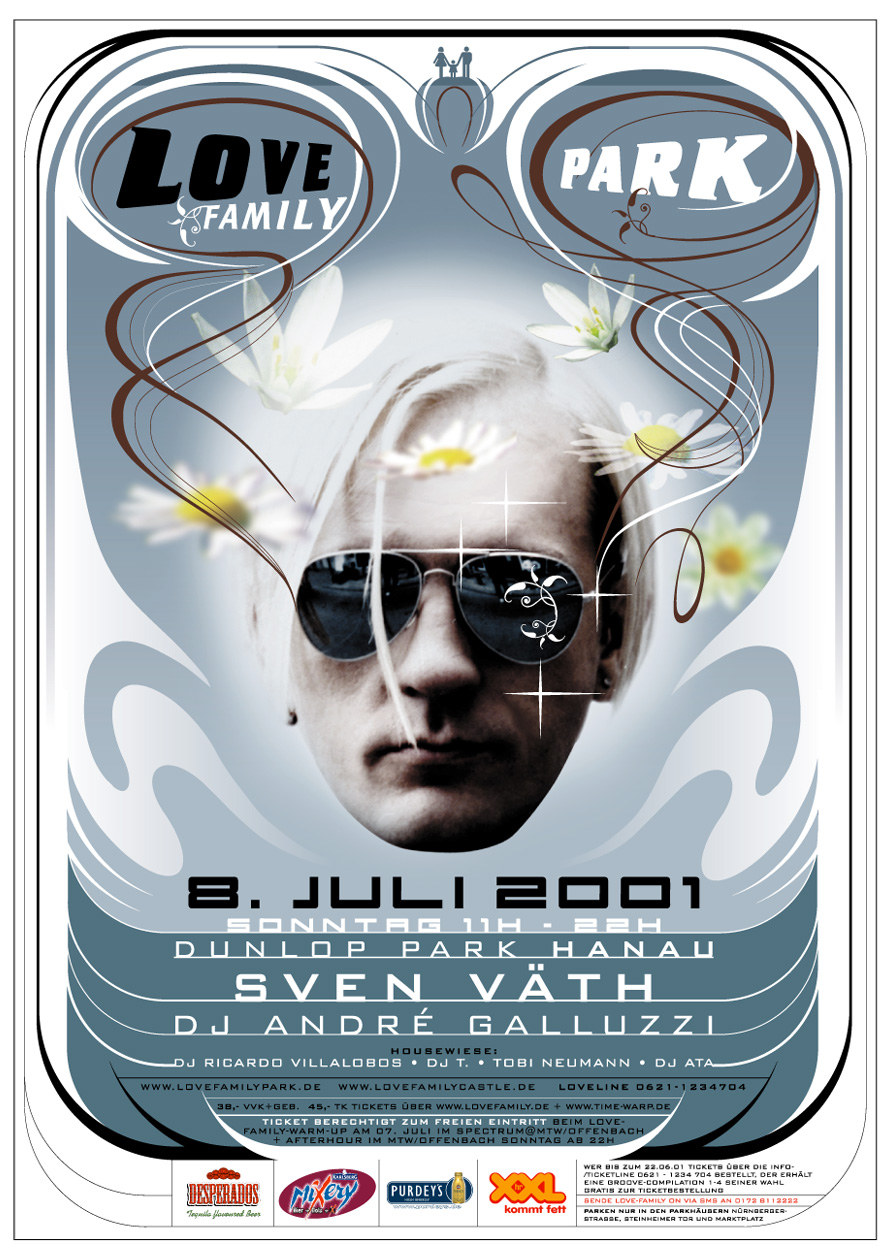 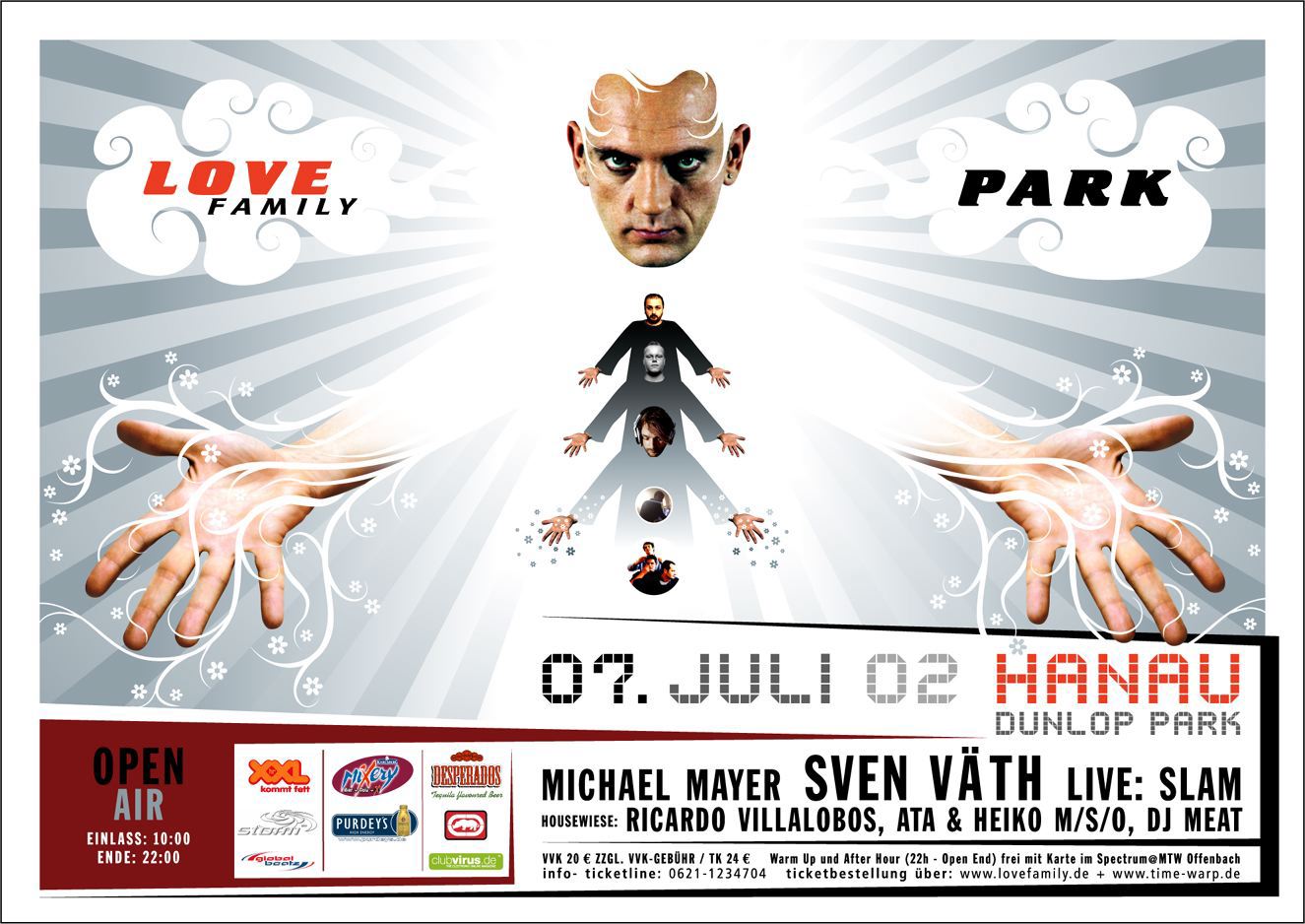 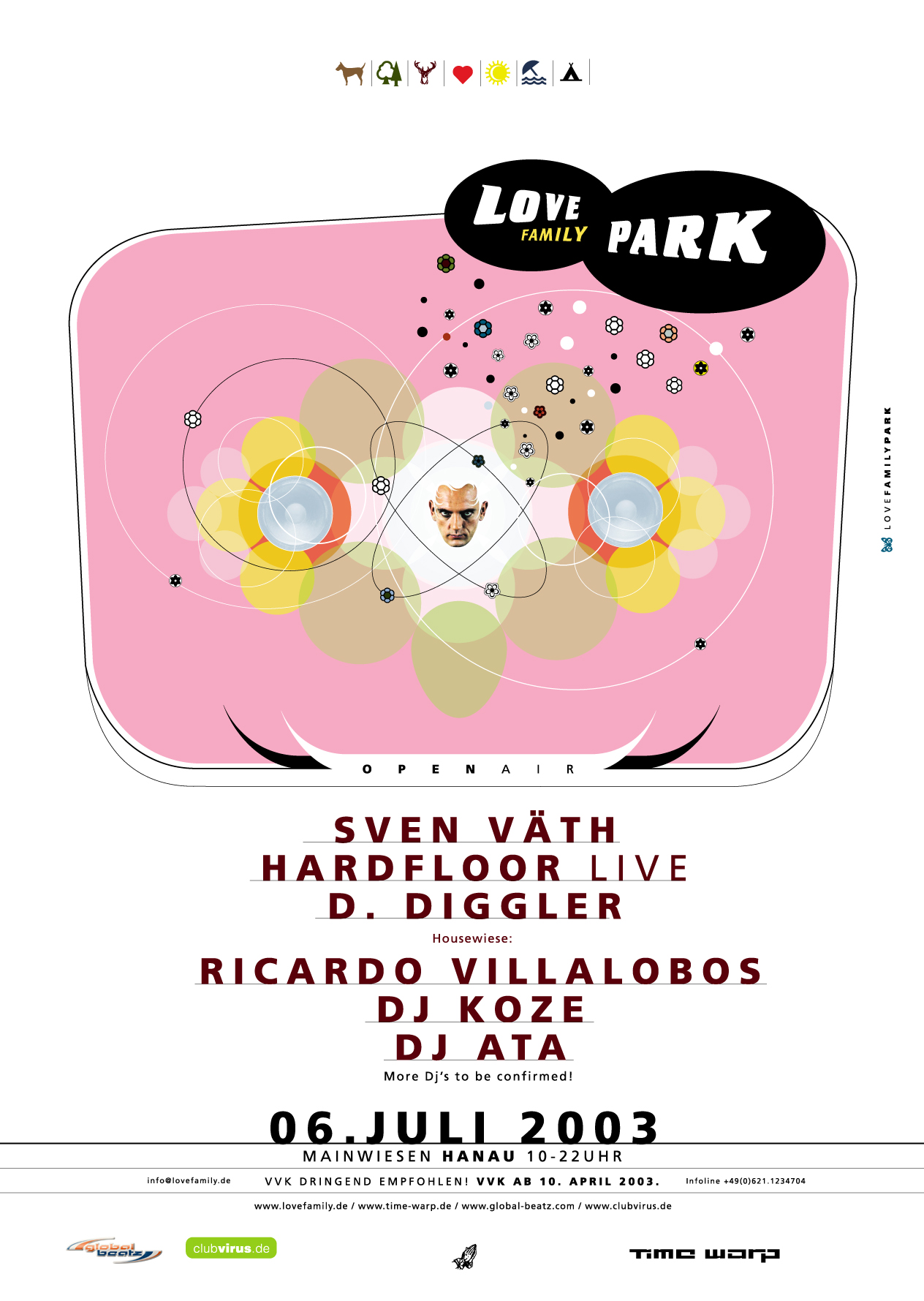 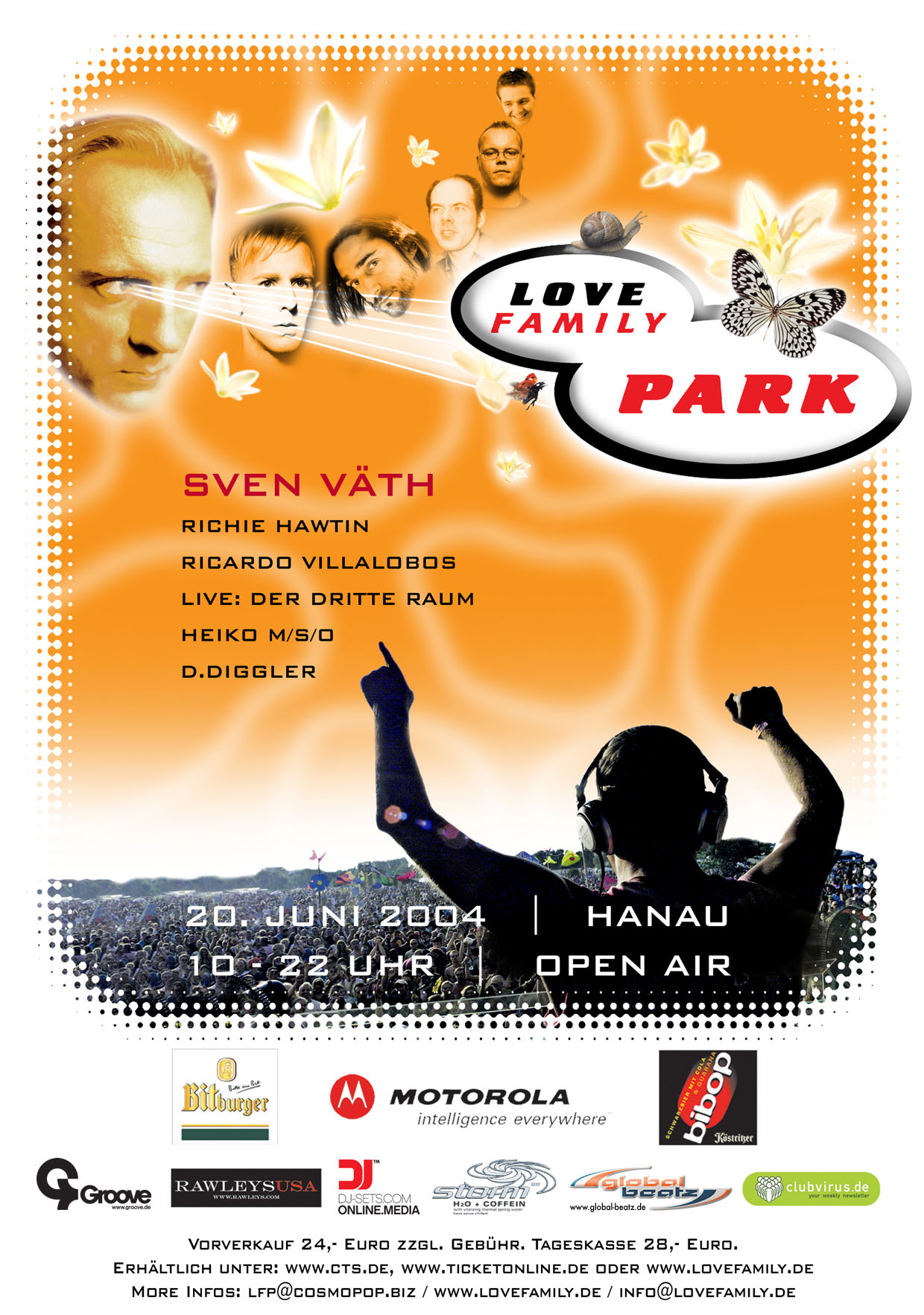 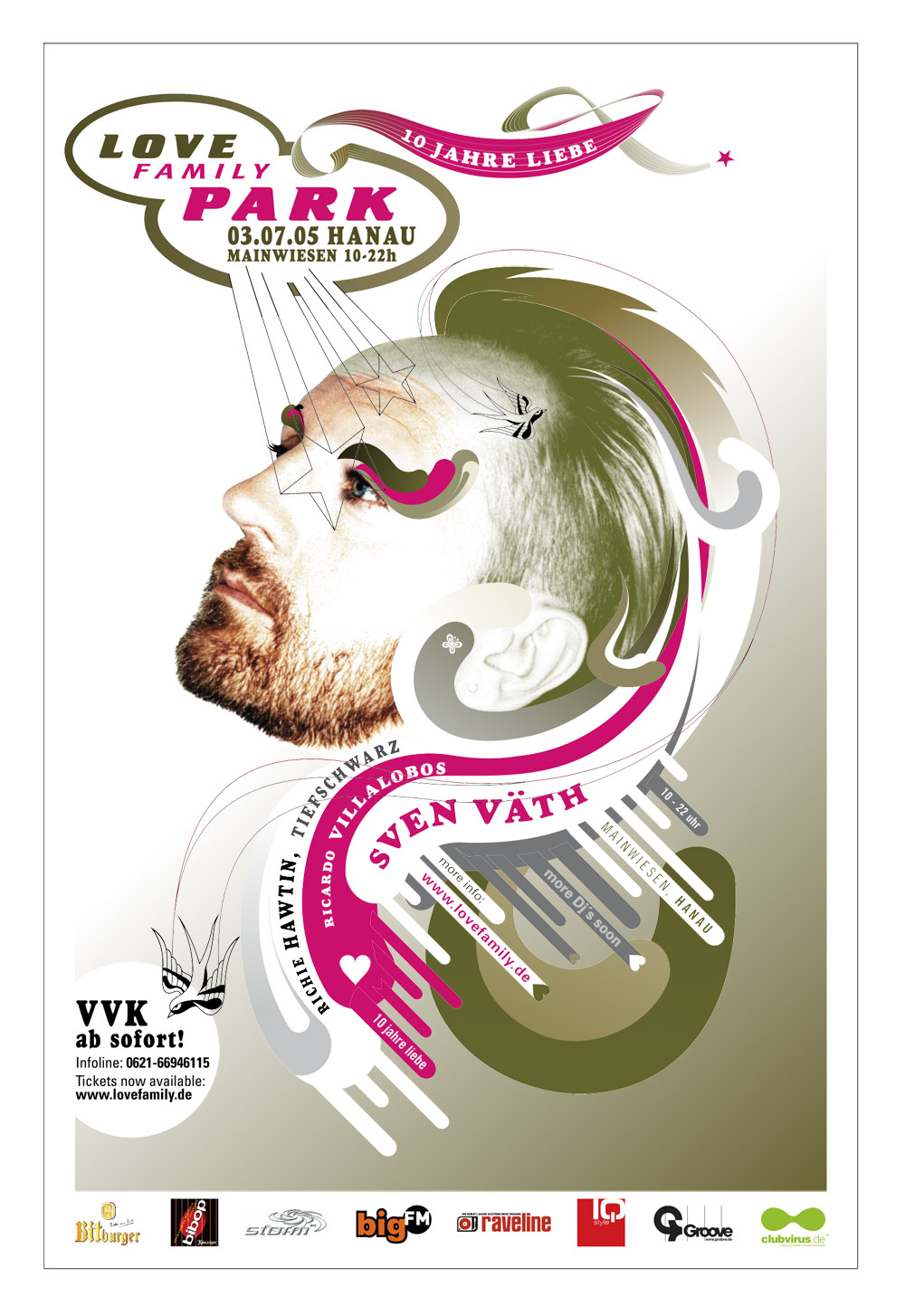 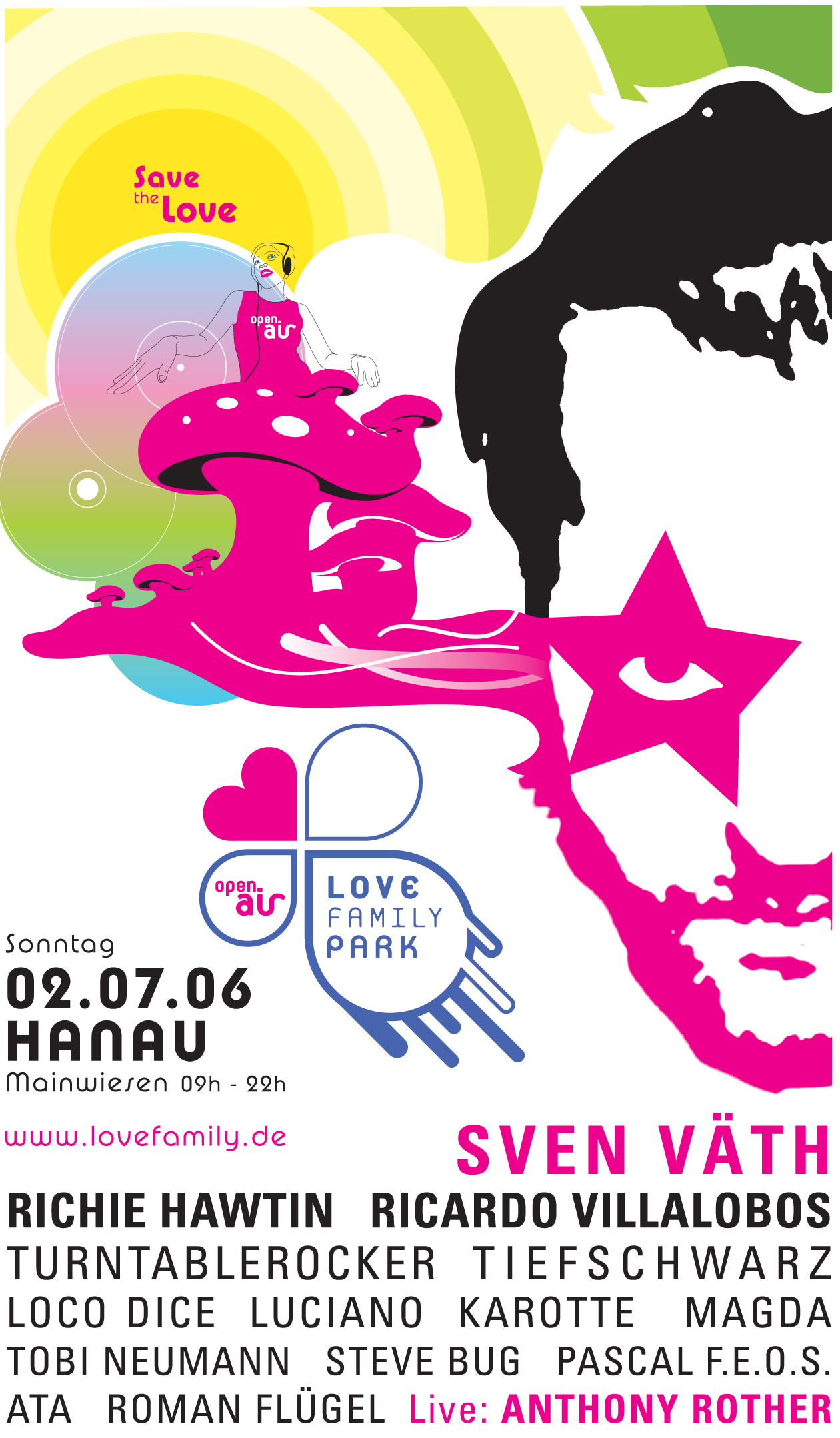 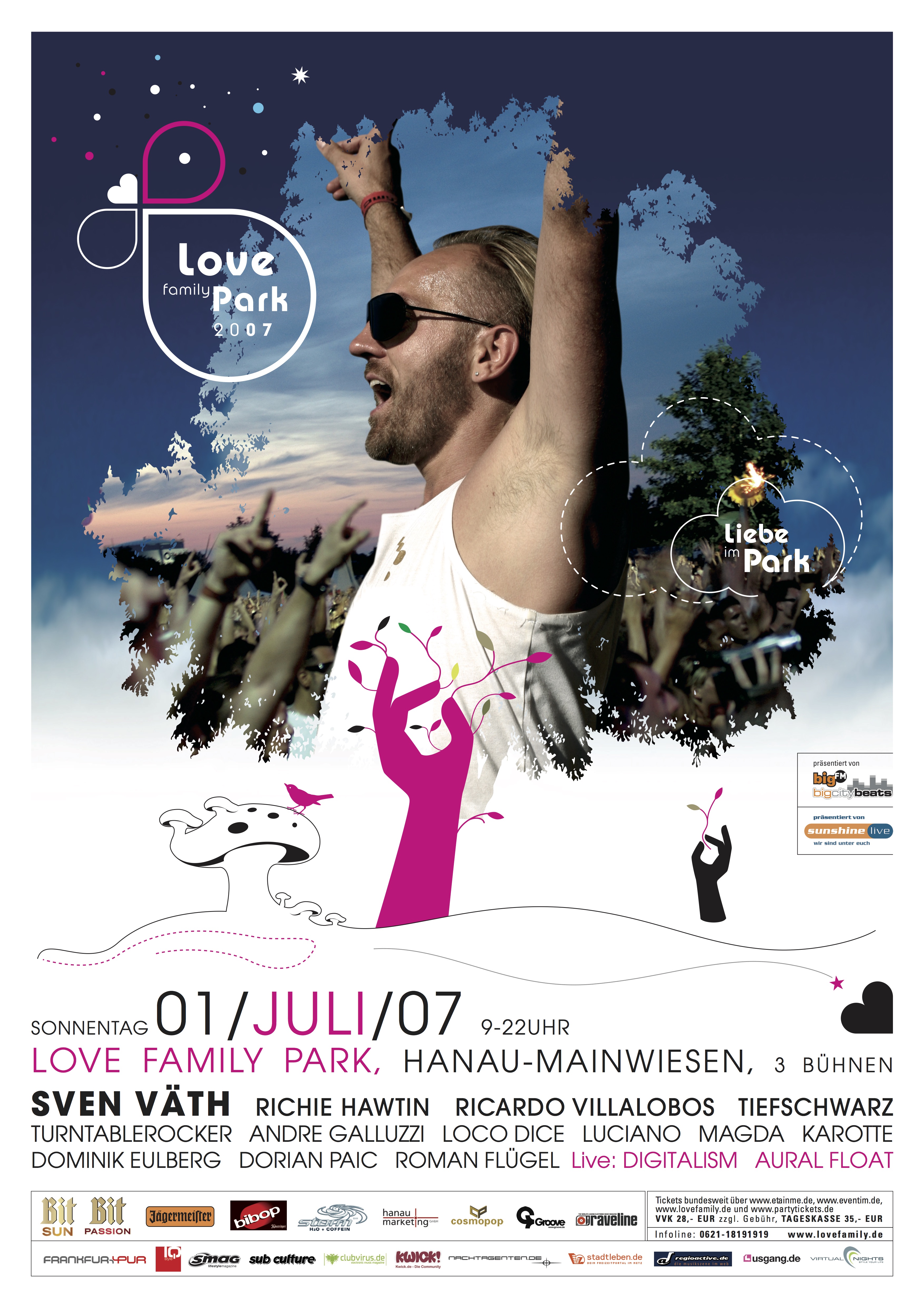 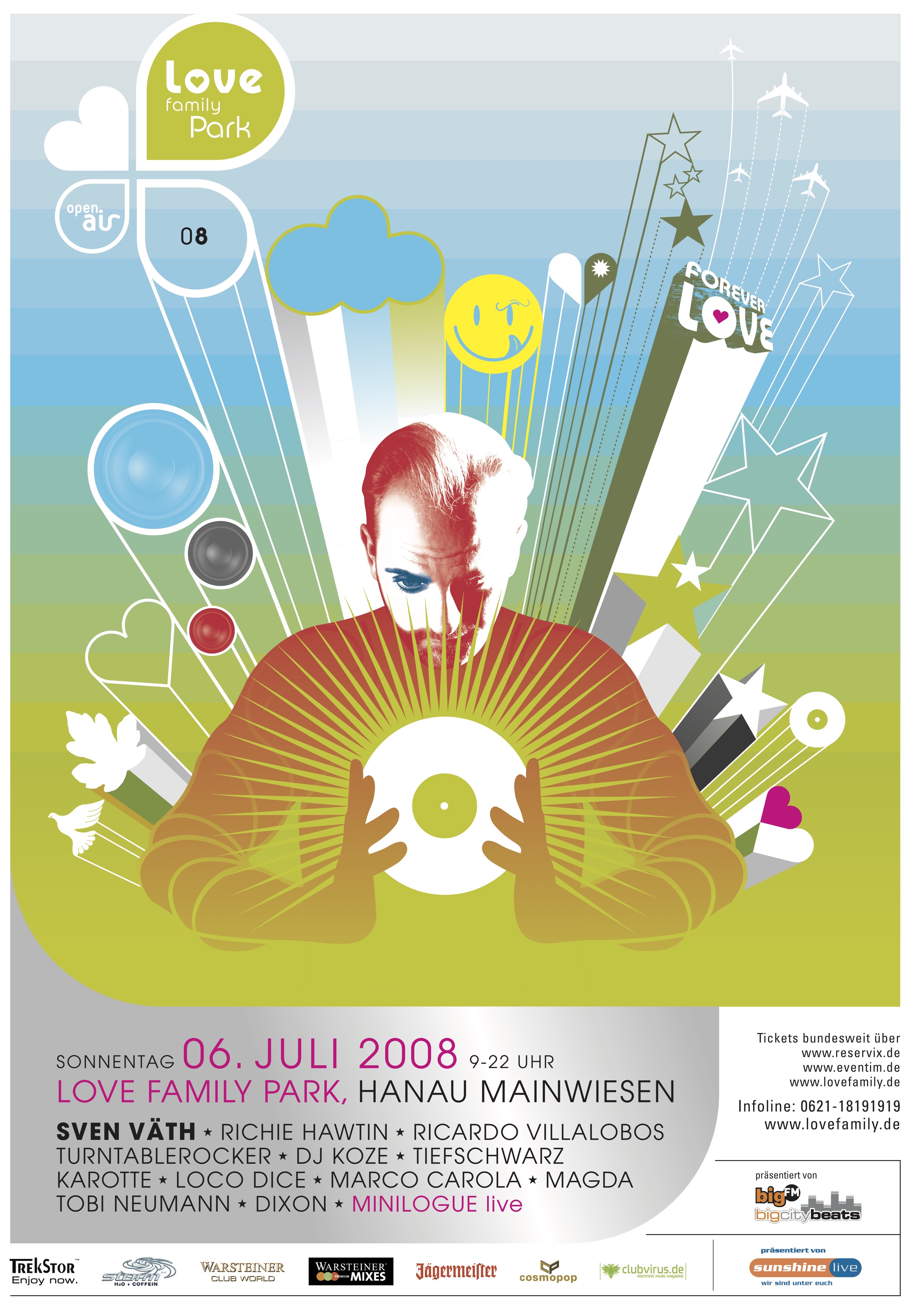 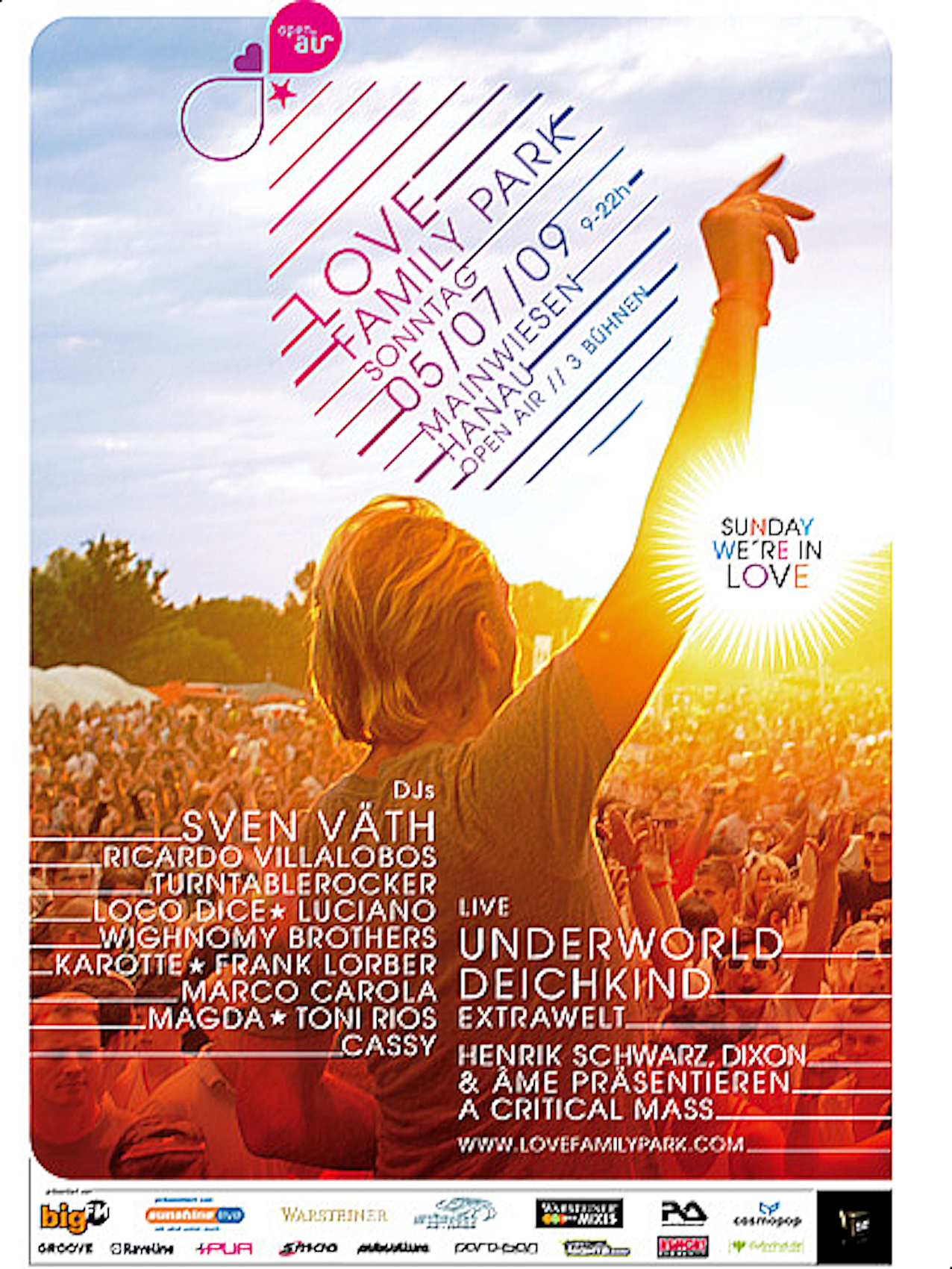 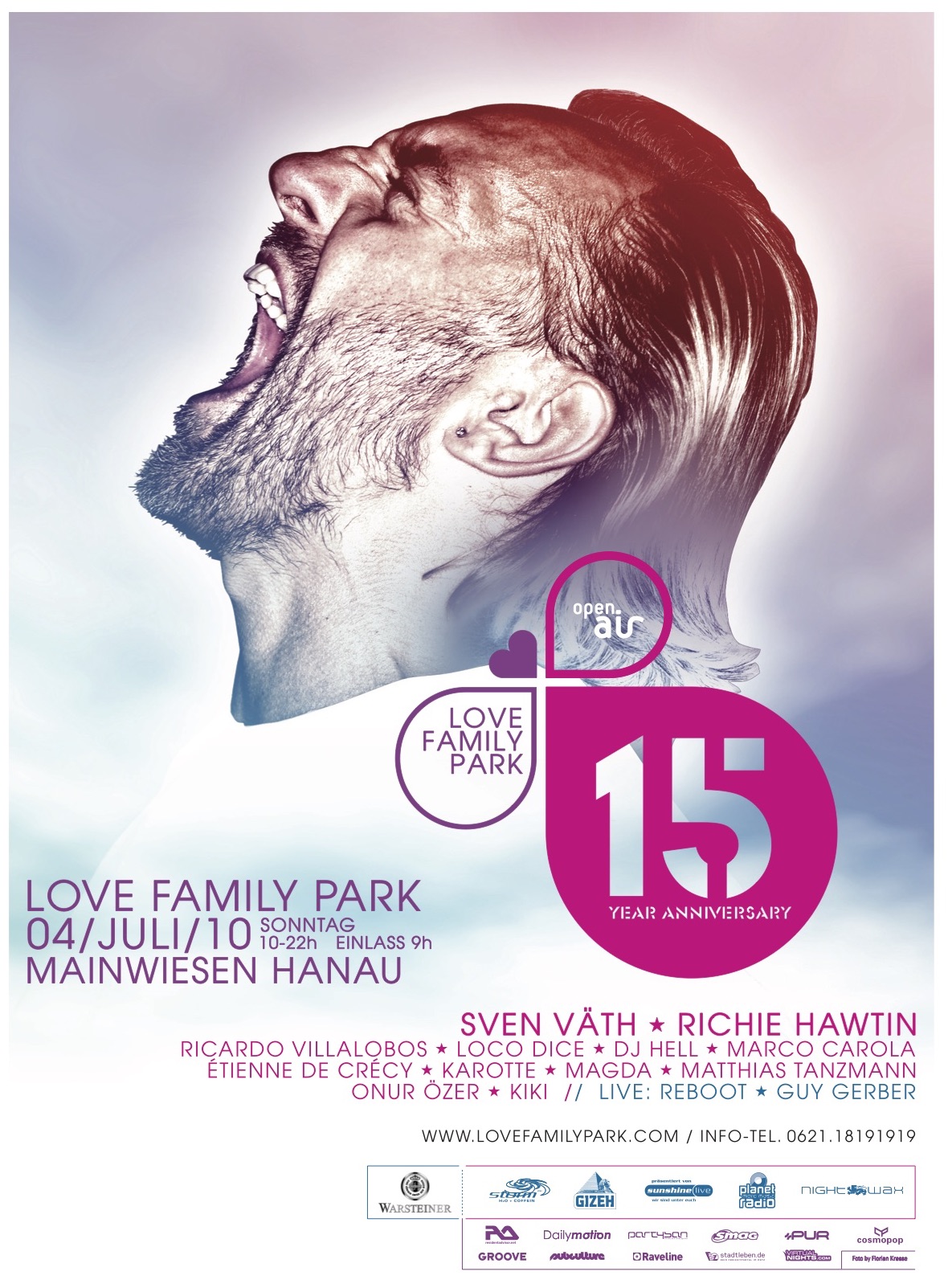 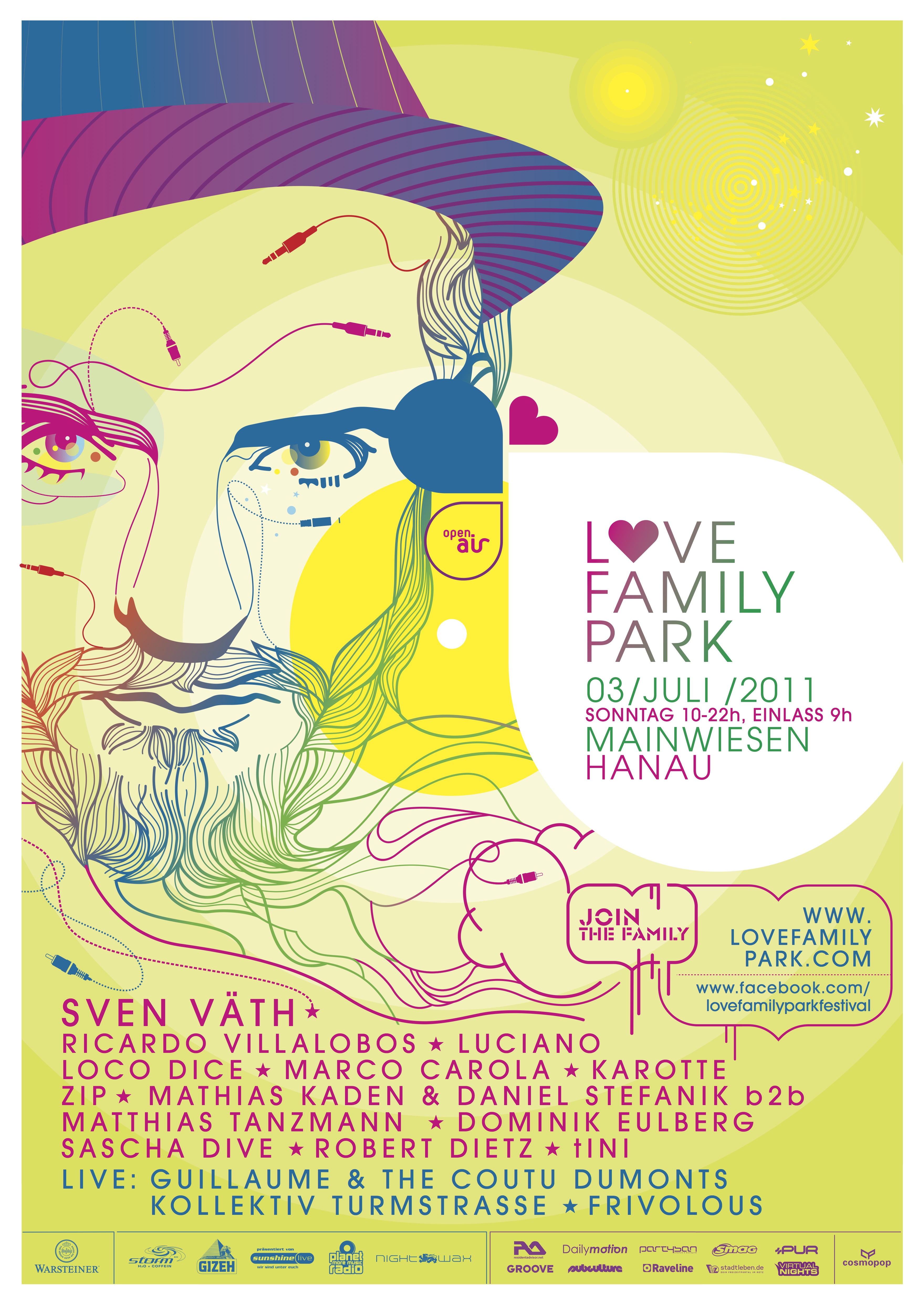 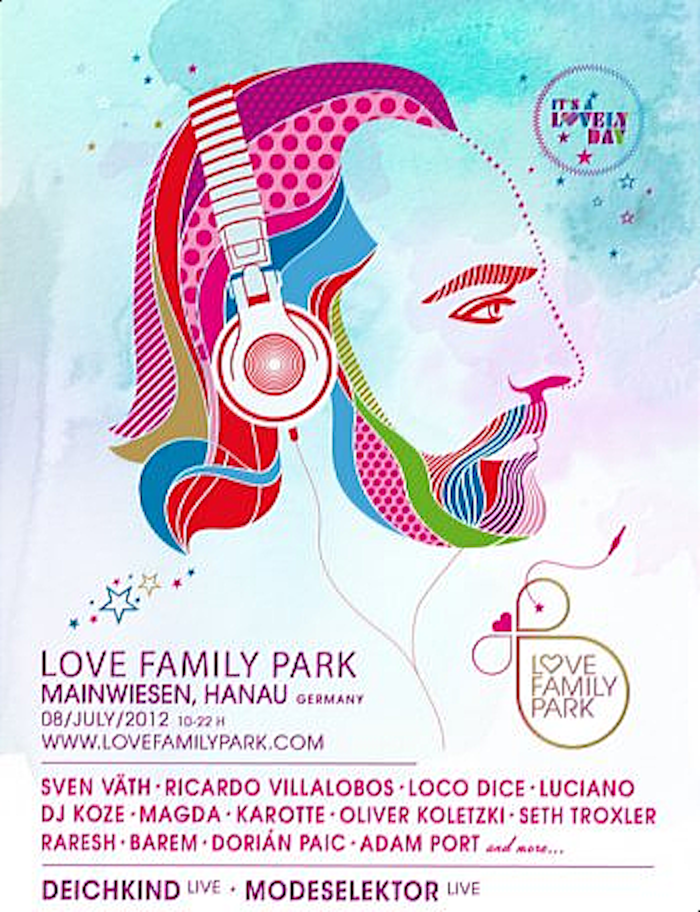 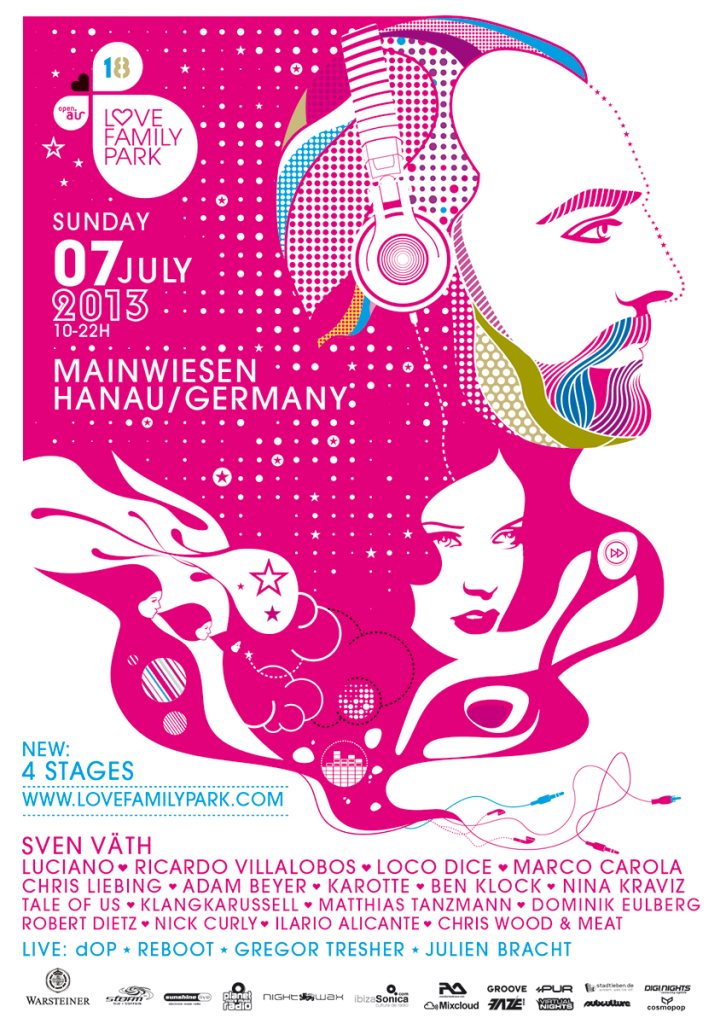 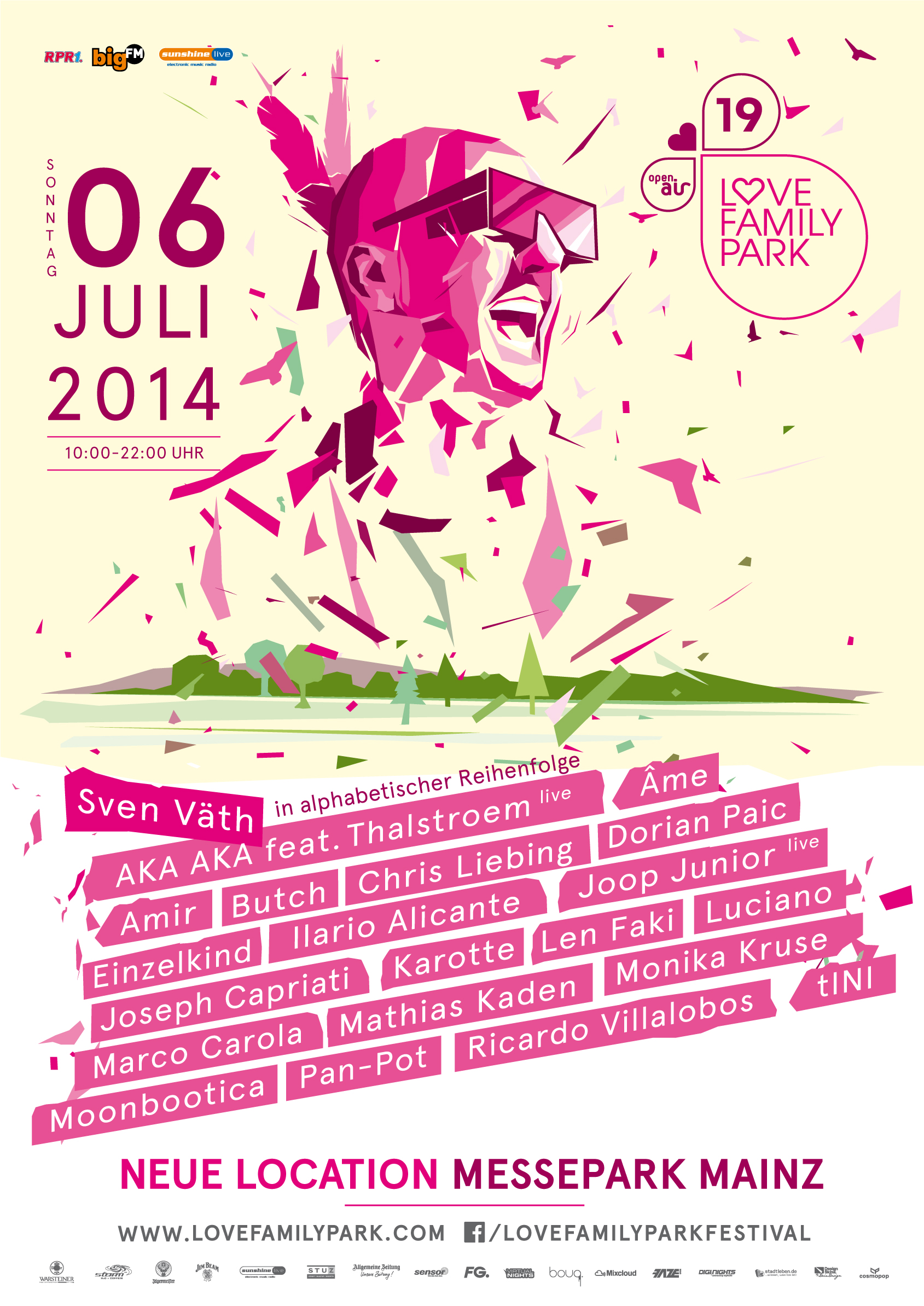 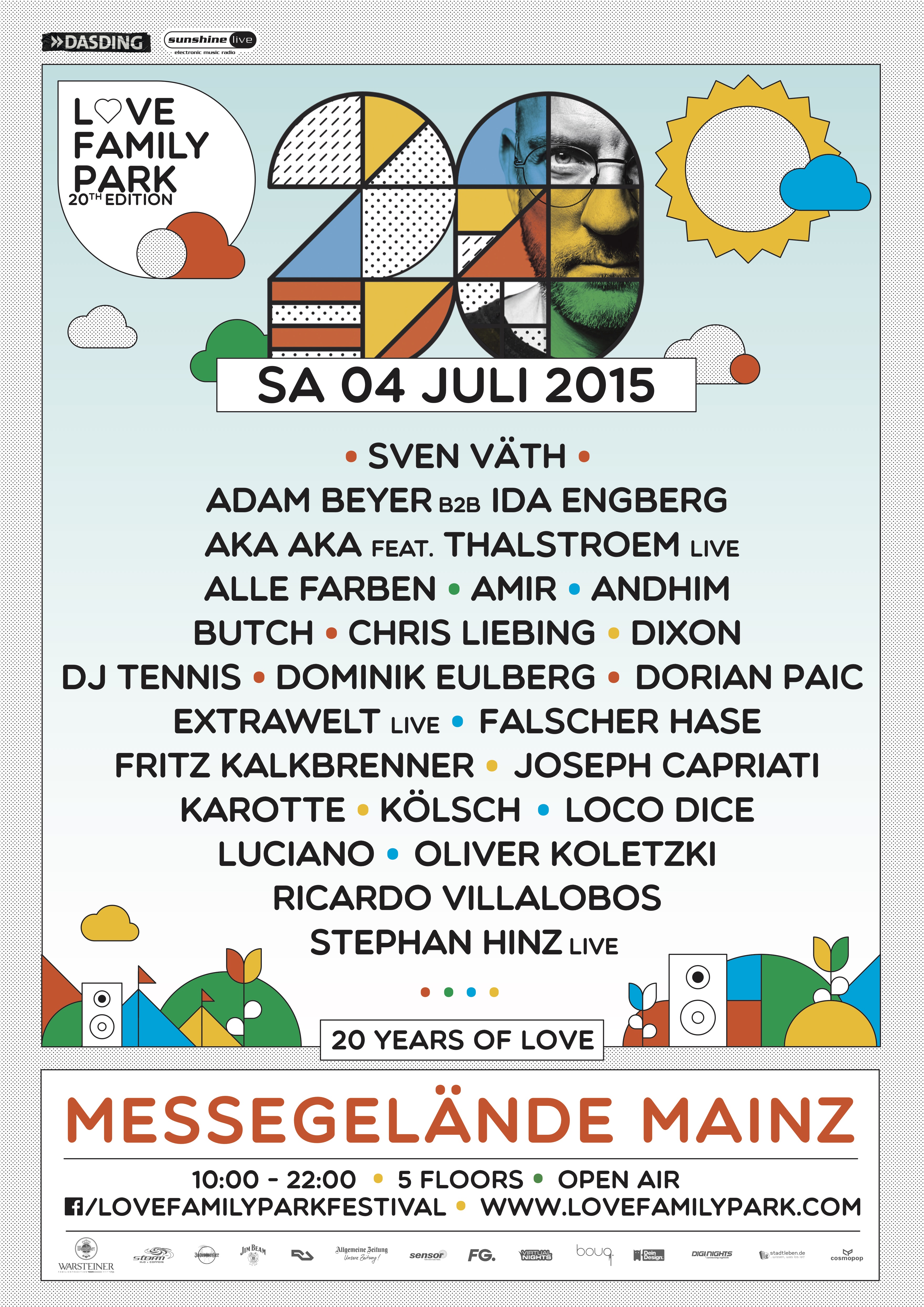 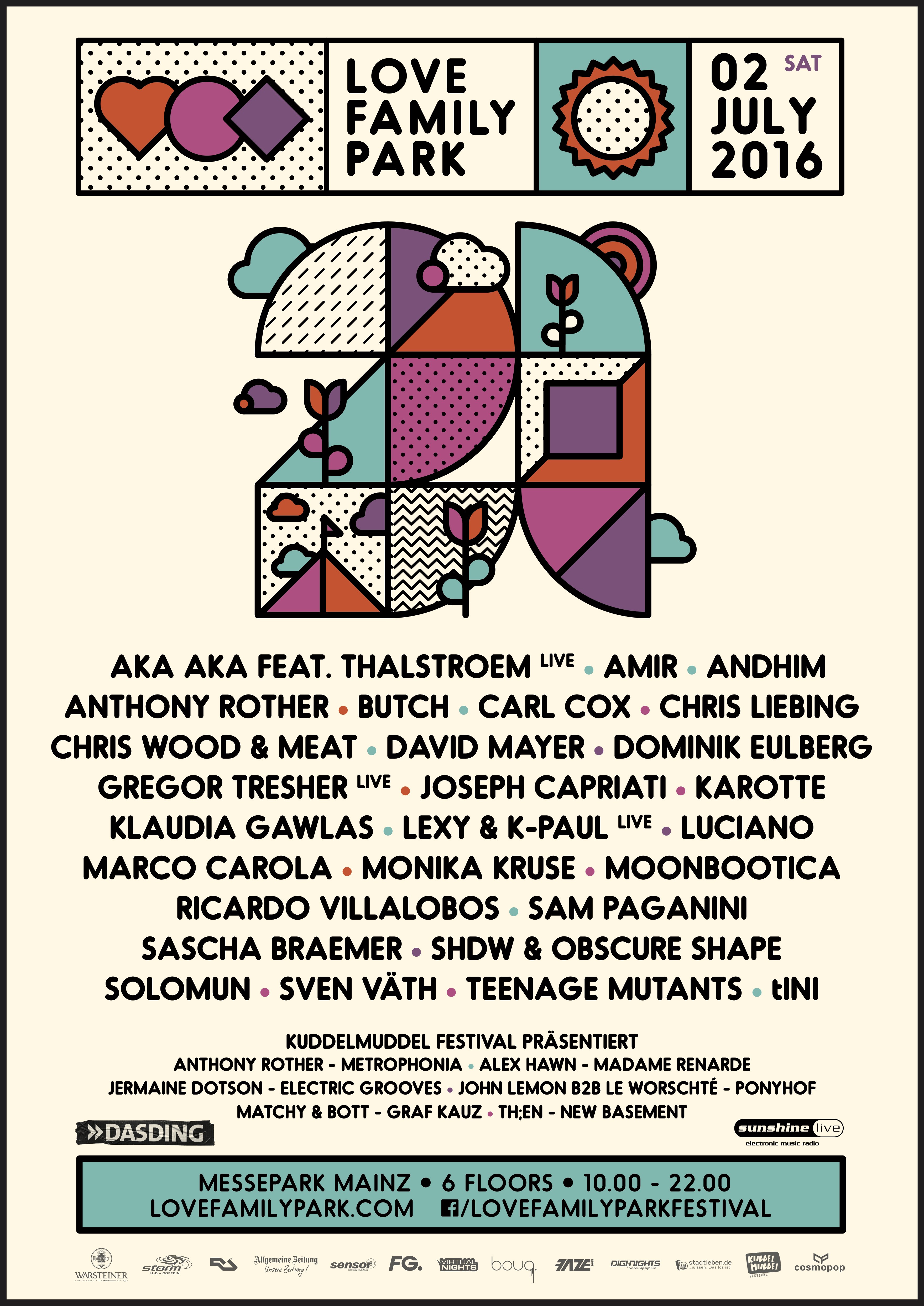 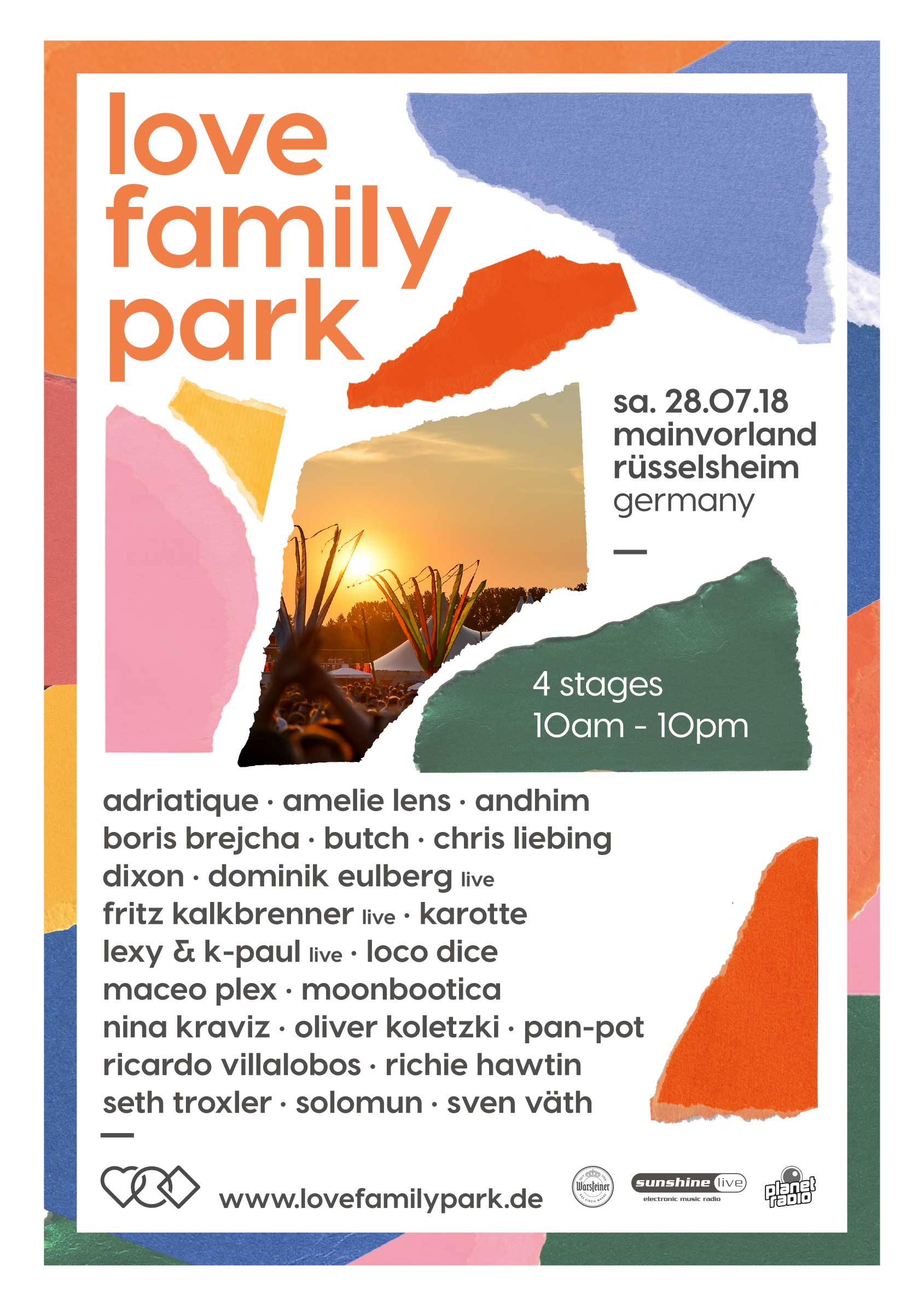 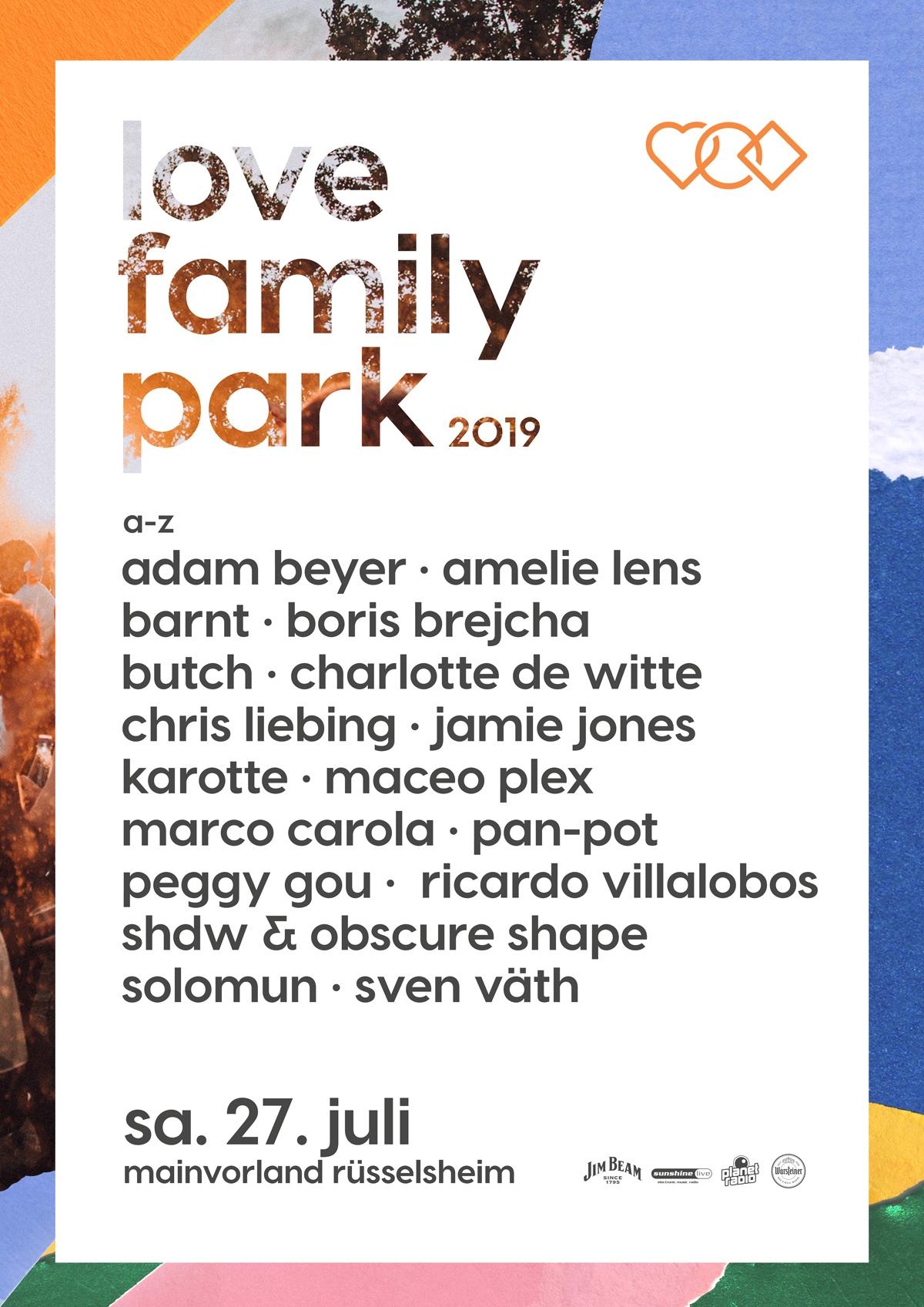 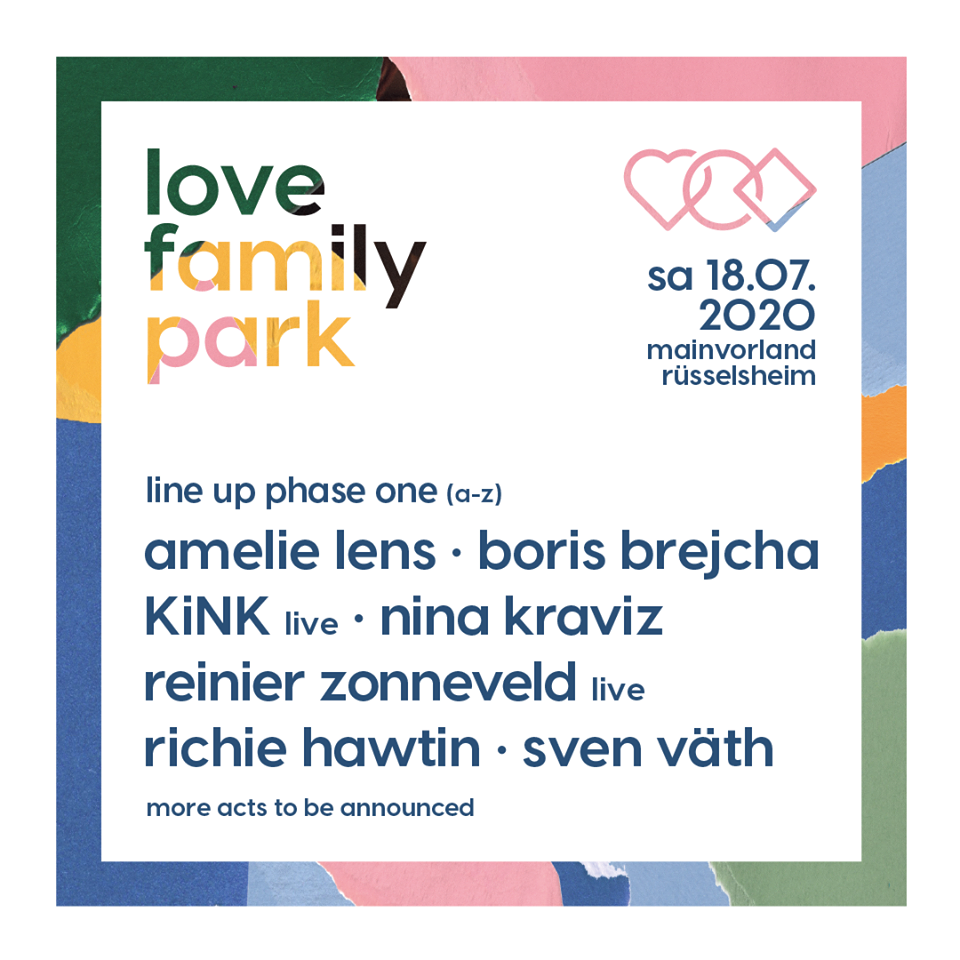 There's still plenty more names to be announced for this year's edition, so stay tuned and join the family.