Et voilà! As the sun rose early on Sunday morning and glinted on the closing palatial doors of Le Grande Halle de La Villette, Pitchfork Music Festival Paris came to an end and added another successful edition to its books.

Around 20,000 of trendy, beatnik-looking music fans from across Europe entered the city's old abattoir to enjoy an unrivalled lineup drawing from the contemporary indie and dance spheres, with a petite nod to French favourites both new and old.

From the opening highlight of Mac Demarco's headline performance to the final evening's relentless nocturnal proceedings, here are our highlights from our weekend in Paris.

Perhaps an obvious choice, but after arriving late and blindly navigating Charles De Gaulle Airport for the right bus, a characteristically light-hearted and career-spanning performance from this incorrigibly charming jokester's back catalogue was just the ticket. Though largely focused on the fast-paced hits like 'Freaking Out The Neighbourhood' and 'Cookin Up Something Good', the lounge-pop piano rendition of 'My Old Man' was a cheesy and breezy highlight.

After one too many bottles of onstage tequila, Mac's shows have known to get raucous (lighting his armpit hair at Primavera Sound 2017 comes to mind) which although hilarious are sometimes at the expense of the flow of his set. Thankfully in Paris the main man was on top form, a true gentleman complete with a 'bistro' table at the side of the stage where guests including his tour driver Matthias, who seemed embarrassed but obliged to join Mac's beckoning to the microphone, enjoyed the show with bread and bottles of French wine. 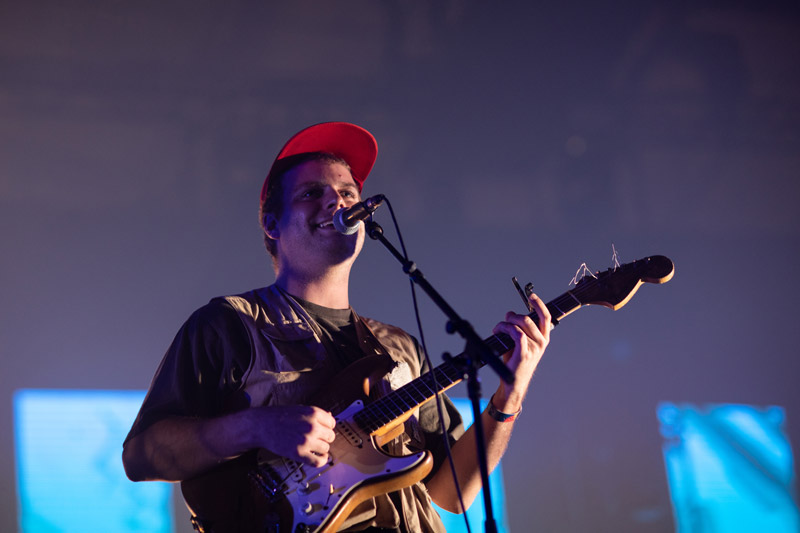 Truth be told I was sceptical about what kind of vibe there would be for Chromeo's early evening performance. I hadn't indulged in the Canadian duo's particularly cheesy brand of electro since the days of embarrassing myself to 'Fancy Footwork' at university ("two-step two-step two-step") and felt like the name stood out somewhat from the rest of the lineup.

By god was it delicious. It was like watching a Spinal Tap from the future (in the best way), with Dave 1 shredding solos as a light beam refracted off his silver guitar on 'Night By Night', and a nonchalant P-Thugg giving it large on the vocoder arpeggiator on 'Old 45s'. And every track for that matter. All kinds of questionable moves were being thrown, not least myself; it was like everyone had lost it, particularly for the blissed-out disco of 'Over Your Shoulder' and of course 'Fancy Footwork'. I've still got it. 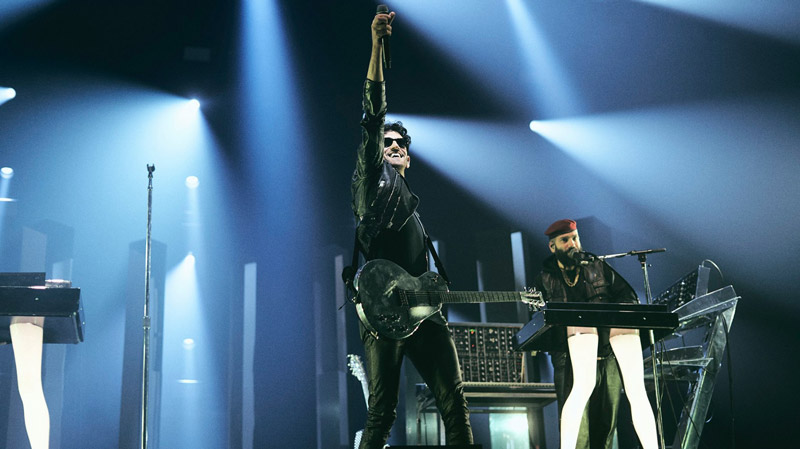 Bagarre are difficult to put a finger on, which is probably why they were a fan of their sticking their own middle fingers up constantly throughout their rowdy set. A carefree mix of house, trap, bashment, kuduro, big-beat and pretty much anything else you could rave to, it wasn't surprising the five Parisians met clubbing. It was also clear their Saturday performance was a hometown show, with friends and fans losing it and even making a circle pit at one point.

You didn't need to speak French to understand their flagrant and punk attitude, and neither was the liberating lewdness of tracks like 'Diamant' lost on us. 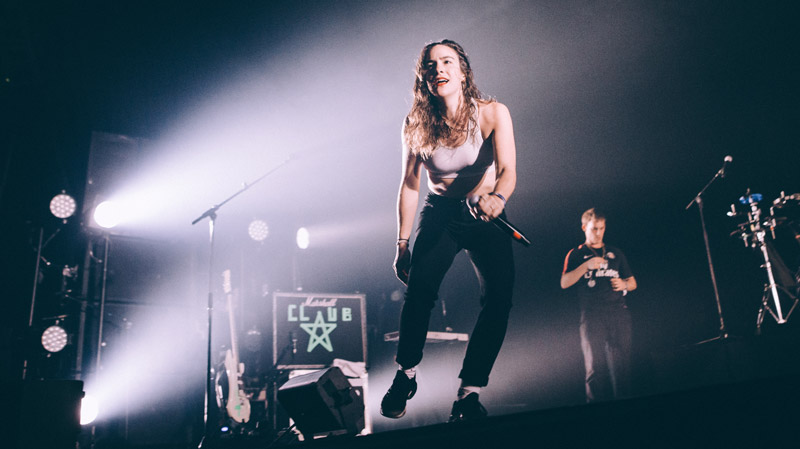 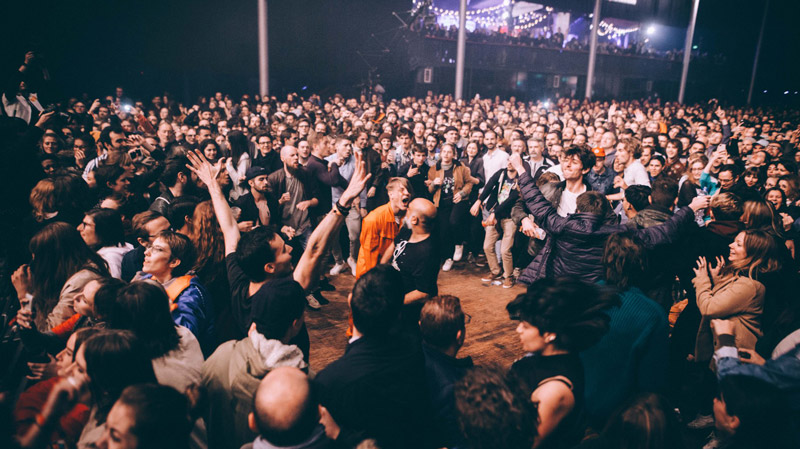 Heading up Saturday evening before getting Kaytranada's headline set, Blood Orange delivered one of the performances of the weekend. Though Dev Hynes is a multi-talented artist (which he proved switching from touching piano passages to funky guitar licks and solos), the addition of a full band including two backing vocalists and saxophonists helped replicate the lush atmosphere of his four records, all of which got stage time, from Coastal Groove's 'Champagne Coast' to the gospel-esque 'Holy Will' from 2018's Negro Swan.

Bathed in a warm orange light, Hynes roamed the stage like a cool cat, often taking a back seat, but knew exactly when to come to the forefront and drop into the groove. 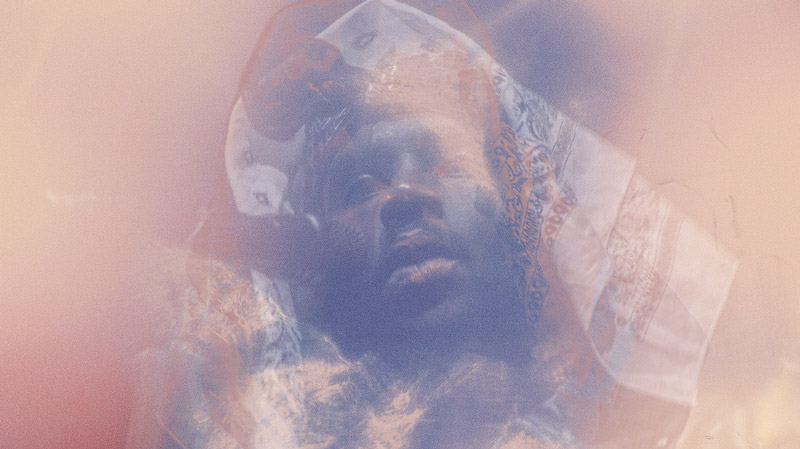 Though playing between Bon Iver's cinematic headline performance and the revered DJ Koze is no easy task, props to French DJ Jeremy Underground (aka Jérémy Fichon) for looking like the happiest performer all week. Practically bouncing between every 70s disco deep cut, Fichon was on top form as his enthusiasm seemed to thaw out a bitterly cold and stiff hall. 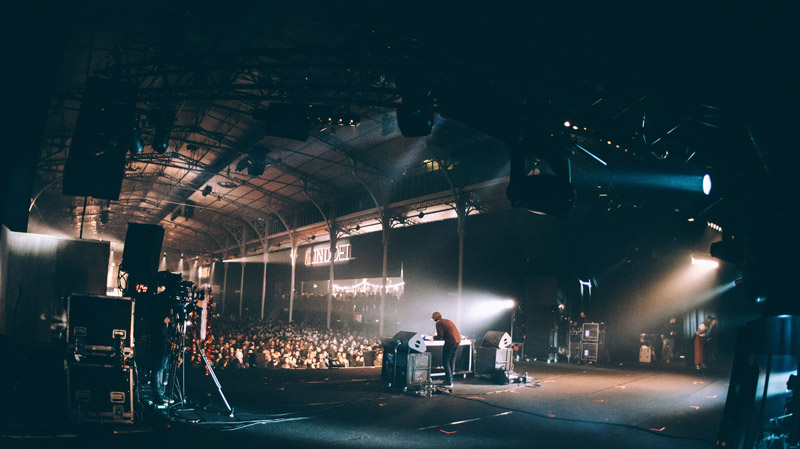