There was a lot of spilt ink in the lead up to Primavera Sound 2019. This year's theme of 'The New Normal' had a double meaning. Of course, it centrally is in reference to curating a gender-balanced lineup, but it also is about the festival's change in sound. For the most part, Primavera jettisoned their typical indie rock approach this year in favour of focussing on more hip hop, r&b, and electronic sounds.

Because of all these changes, the reaction since the lineup dropped in December has been quite mixed, some hailing the festival's new direction, others proclaiming it dead.

With a few days between me and the festival, I can safely tell you Primavera Sound is not dead, far from it. My third time at the festival, this was the best curated, most polished experience I've had so far. Upon entering the festival, it was apparent organisers focussed on enhancing the onsite experience, adding new stages, art, lights, and chill out spots to make the mostly concrete site more comfortable. But the biggest and more effective aesthetic change of all was adding a carpet of astroturf to the main stages area, which counteracted the dust from the gravel underneath.

Oh, and there was some music playing as well. Here's our list of the best musical moments from Primavera Sound 2019.

By far the most anticipated set of the festival, after touring the Americas for much of the last year since her smash album El Mal Querer came out, Rosalía returned to her native Barcelona a conquering hero. Most in attendance knew every word and were more than happy to help her belt them out. Every aspect of the hour-long set was executed to perfection and had everything you'd want from a pop show: immaculate costumes, stage production and choreography, infectious beats, guest appearances and a mesmerising voice to anchor it all.

The First Lady of Neo-Soul's Thursday headlining set was probably the vibe-iest of the festival; from the minute she walked on stage in her trademark hatted attire to her band's final notes, a feeling of love and unity brought the main stage crowd together. While some shows are great for their airtight quality, Badu's was on the opposite end of the spectrum, which the singer sometimes stopping mid-song to cut to another section or create something new on the fly, using the jazz approach of following the music wherever it takes you.

The main days of Primavera Sound are Thursday-Saturday, but the festival does an amazing - and frankly underrated - job of filling the whole week with great music throughout Barcelona. On Wednesday at Parc del Fòrum only the Primavera Stage was open, which allows it to act as an opening concert for the festival. Headlining this year was Big Red Machine, the project of Bon Iver's Justin Vernon and The National's Aaron Dessner. Beyond being the great performers everyone knows they are, what was really interesting about this set was how well they merge both their main band's sounds together to create something new. Add in some groovy jamming à la The Grateful Dead and this show really set a positive and musically adventurous tone for the whole festival.

Hip hop is in a weird spot as it now dominated the global pop charts, favouring rudimentary beats and repeatable hooks over creativity and lyricism. One person who has not followed the trend is South London's Kate Tempest. With a simple stage set up and minimal lighting, the spoken word artist pared away everything unessential and had the packed crowd at Ray-Ban stage in the palm of her hand, hanging onto every word as she spoke her mind over atmospheric beats. At its most fundamental art conveys a sense of truth that can't be conveyed any other way, and this is exactly what Tempest excels at.

Shedding his sad boy image on his latest album Assume Form, I suppose it shouldn't come as too much of a shock that James Blake's live set is also evolving. After making an appearance during Rosalía's set earlier in the night to sing their duet "Barefoot in the Park", his set was a practice in stretching out his sound beyond what we're used to. From getting out from behind his customary piano setup to lead his band as a front man to transforming his track 'Voyeur' into an instrumental rave-jam, it was the versatility and malleability of his patented sound that took the set to a transcendent level.

Speaking of versatility, I don't know if there's a more talented person in pop music these days than Janelle Monáe. Singing, rapping, and dancing all while promoting positive messages of female and black empowerment, just how much of a total package she is really comes through in her live show. Of course, the Alice in Wonderland-esque stage and costume design added to the experience of one of the most enjoyable sets of Primavera 2019, as well as her killer band, headlined by the master shredder Kellindo on lead guitar.

Canadian goof-rocker Mac DeMarco has been facing his first negative critical response in the wake of releasing his new album Here Comes The Cowboy, so I was interested to see how he'd respond live. I really should have known that it wouldn't affect him at all. Getting up to his typical laid back antics on stage, and weaving between new and old songs, Mac's charm is just irresistible. Interestingly the new songs really held up alongside old staples of his set, which made me wonder if perhaps he wrote them to favour a live setting.

With this year's theme being 'The New Normal', meaning a 50-50 split between male and female performers, there has obviously been a lot of focus on the female acts on the bill. No matter what your thoughts on this year's lineup, if you were at the main stages on Saturday from 19:40 to 00:00, you witnessed the pièce de résistance of Primavera's new approach. Argentinian crooner and rapper Nathy Peluso's genre-hopping set was followed by the sultry Latin pop stylings of Kali Uchis, which gave way to the aforementioned triumphant homecoming of Rosalía, and was capped off by the ultra cool, avant-garde r&b sounds of Solange. I don't know about you but I can't think of a better curated four artist stretch of a festival I've been to. 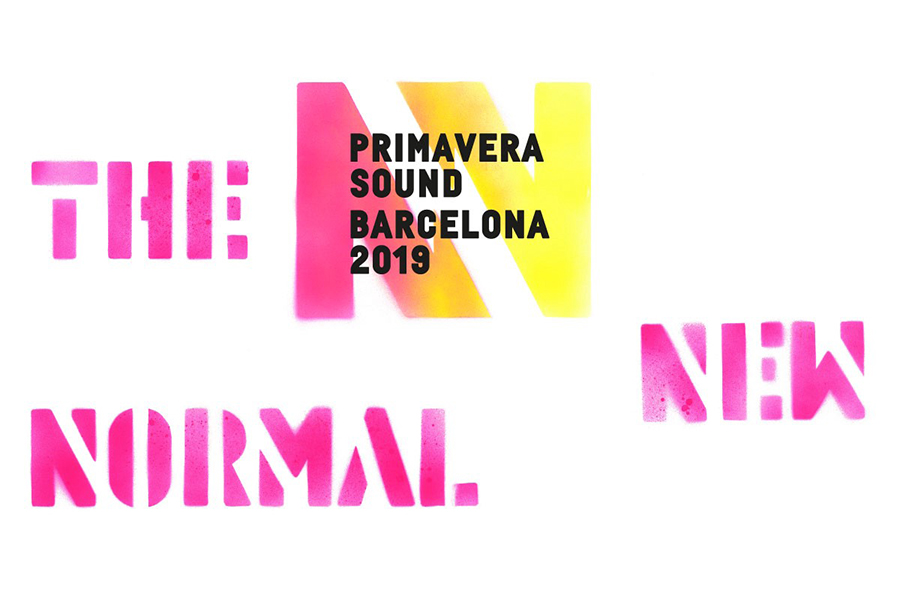