In Review: Mura Masa at The Warehouse Project 2019

Guernsey-born producer Mura Masa has been riding high these past couple of years, quickly becoming one of electronic music's most talked about artists. Fusing multiple instruments together to form infectious, leftfield cross-genre beats that take in R&B, dancehall and more, he has collaborated with the likes of Bonzai, Nao and Charli XCX to create pop-centric tracks that thrill the dancefloor.

Incredible on record, but it is in a live setting where Mura Masa really excels. Having hosted his own night back in 2017, he returned to The Warehouse Project last Friday to head up another inside the series' new home at Mayfield Depot.

A 10,000 capacity venue inside a former railway station, Mayfield Depot is a nod back to Manchester's industrial past that contrasts perfectly with the modern-day sounds brimming from its main stage, where experimental rockers Black Midi are warming up the crowd.

Reminiscent of Barcelona's Sónar Festival in size and layout, The Depot's huge, cavernous space is filled with cool audiovisuals that shimmer off the derelict brickwork, while ample bars meant the dash for your next drink was easy and simple.

And come 11pm, it's time for NAO to hit the stage, treating fans to tracks from her two albums, including a superb rendition of fan favourite 'Fool to Love'.

But as the clock struck midnight, it was time for tonight's main man. Tucked behind his unique setup, Mura Masa orchestrated 60 minutes of non-stop grooving, whipping us up into a frenzy with tracks from his acclaimed debut album and beyond. 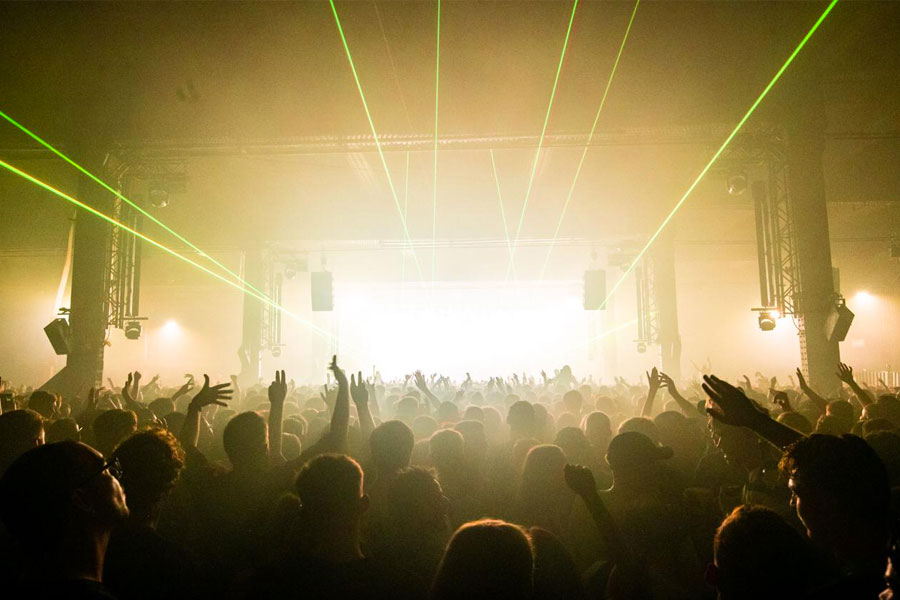 Flying through the likes of 'Lovesick', '1 Night, 'Nugget's' and 'What If I Go?', the producer also dropped 2019's 'I Don't Think I Can Do This Again' and the ferocious 'Doorman' that features rapper Slowthai, culminating in a pulsating rendition of 'Firefly', which saw NAO return to the stage for a fitting finale.

It was a set closer which sent us into the breakbeat and drum and bass riddims of Special Request, before Jacques Greene closed out.

We may be just a few weeks into this year's Warehouse Project, and the series' debut at its new home, but the next chapter in this now iconic brand's life has started with excitement, further cementing its importance to the UK's music scene.

Bring on the next ten.