The year was 1985. Nürburgring, the illustrious motorsports track, would host a one-time festival called Rock am Ring. Its initial success ensured the iconic German landmark became the home of the country's most beloved alternative music festival for the next several decades.

Its reputation truly flourished throughout the '90s, as MTV cannily televised major performances swiftly extending its reach and putting Rock am Ring on the pedestal as Europe's biggest and best alternative/rock music festival. As festival-goers flocked, Rock am Ring together with sister festival Rock im Park became the largest music festivals held in Germany, and two of the world's biggest with a combined attendance of 150,000 each year.

The list of artists who've performed at the Nürburg festival is as formidable as it is extensive; U2, The Cure, Fleetwood Mac, Oasis, Pearl Jam, Neil Young, Radiohead, Black Sabbath, Alanis Morissette. Yes, even Alanis Morissette.

With Rock am Ring having forged its own opulent tradition amongst the pantheon of rock 'n' roll royalty, here are the most historic headline sets to take place on the festival's Center Stage:

Those traits married with spectacular pyrotechnics and their penchant for the theatrical, Rammstein unequivocally staked their claim as one of Rock am Ring's most revered headline acts. Returning to home soil, no less.

Muscular and unrelenting tracks like 'Ich Will' and 'Sonne' pounded the 70,000-strong crowd, whom of which were more than willing to take a beating.

Adored for their excessive use of expletives in an era of censorship, the Center Stage crowd lapped-up Rage Against The Machine's anti-establishment sentiment when they returned to headline in 1996.

The chugging guitar riff for 'Killing In The Name Of' would inspire mosh-pits each night of their Evil Empire tour and because of this famed performance, viewers at home got to re-live Rock am Ring's energy all thanks to MTV. Though, it wouldn't have been shown until after the watershed because of well, censorship.

Even throughout his least distinguished phase creatively, Bowie had the body of work and hallowed presence to astonish even the least ardent of fans. In only its third edition, it felt somewhat fitting that Bowie would return to headline a major festival in the country that provided him with a fresh impetus a decade earlier, having become jaded after an ill-fated and well-documented few years in Los Angeles.

Though recent album Never Let Me Down took up a fair chunk of his setlist, there was still plenty of room for recent classics that had been inspired by his stint in Berlin and beyond; 'Fashion', 'Fame', 'Let's Dance' and 'Heroes' overawed those in attendance, leaving 'Modern Love' as the encore to his two-hour-plus mammoth performance. 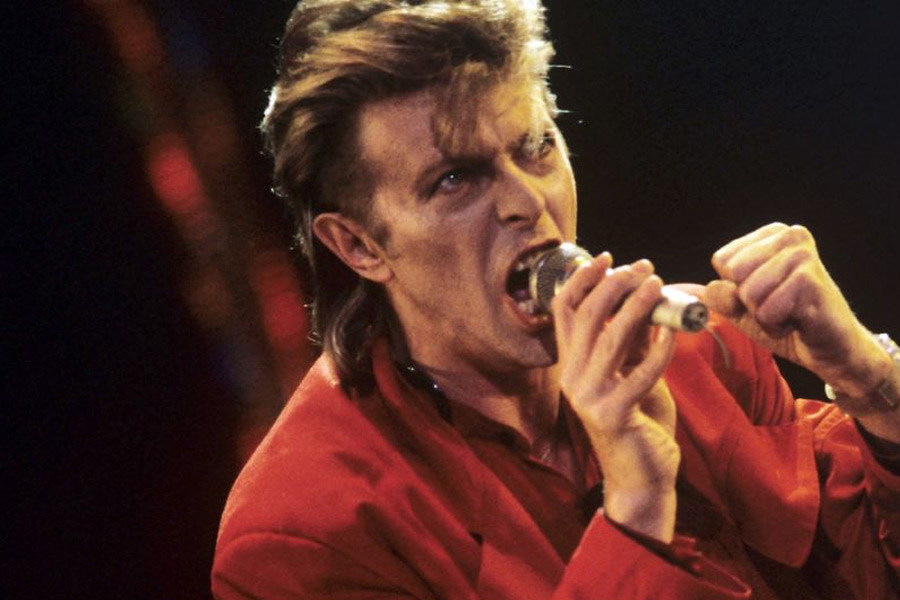 Marred by tensions and squabbling within the band, Metallica's 2003 album St. Anger was intensely furious and at times fractured listening. The following year, documentary 'Some Kind Of Monster' showed exactly why - James Hetfield and Lars Ulrich, friends for so many years, genuinely seemed to loathe one another. At the time, however, this was entirely under wraps.

Judging by their gargantuan headline performance at Rock am Ring that same year, they seemed to channel their fury into a captivating performance, indicative of the pure ferocious energy captured on tracks 'St. Anger' and 'Frantic' in particular.

Never failing to include heavy metal hymns (of sorts) 'One', 'Master Of Puppets', 'Enter Sandman', and 'For Whom The Bell Tolls' it's plain to see why they've been invited to headline a record six-times in total.

Linkin Park's first performance in 2001 saw them perform in the afternoon to an eagerly awaiting crowd, as they were rapidly in the ascent. Their trajectory took them to the summit of Rock am Ring three times after their Center Stage debut, but their 2014 appearance is easily their most historic; firstly as this was a band at their peak, but secondly, as it would unwittingly be the final time they'll play after Chester Bennington's untimely passing.

Dissecting their set into three separate acts, Bennington and his feral enthusiasm were infectious as he bound to and fro across the stage throughout the entirety of their performance.

Rabid renditions of Hybrid Theory classics 'One Step Closer' and 'Crawling' as well as the equally gritty 'Faint' proved that they hadn't lost an iota of enthusiasm and passion since their inaugural performance 13 years prior.

Rock am Ring 2019 takes places 7-9 June in Nürburg, Germany. Take a look at our guide for more information on lineups, tickets, and any news alerts.