The Golden State is home to a series of USA's greatest, media attention-demanding festivals. Not that I had to even mention Coachella, but as the entire music/media/fashion industries shift their gaze to Indio for two weeks in April, its ubiquitous presence overshadows the remainder of California's expansive, immersive music festivals. To the wider world, at least.

Steadily stepping out of the Instagram-frenzied festival's all-encompassing shadow, however, is Desert Daze.

Suitably entitled, as the festival unfolds within the California desert, no less. Not quite a peyote-piping pilgrimage you'd associate with the dusty scenery, but it's certainly a daze; an esoteric, intimate coming together of all things reverberating, kaleidoscopic, and bucolic.

Now reaching its eighth edition, the once-boutique festival seemingly has boundless interstellar scope and has transformed into something altogether more colorful. 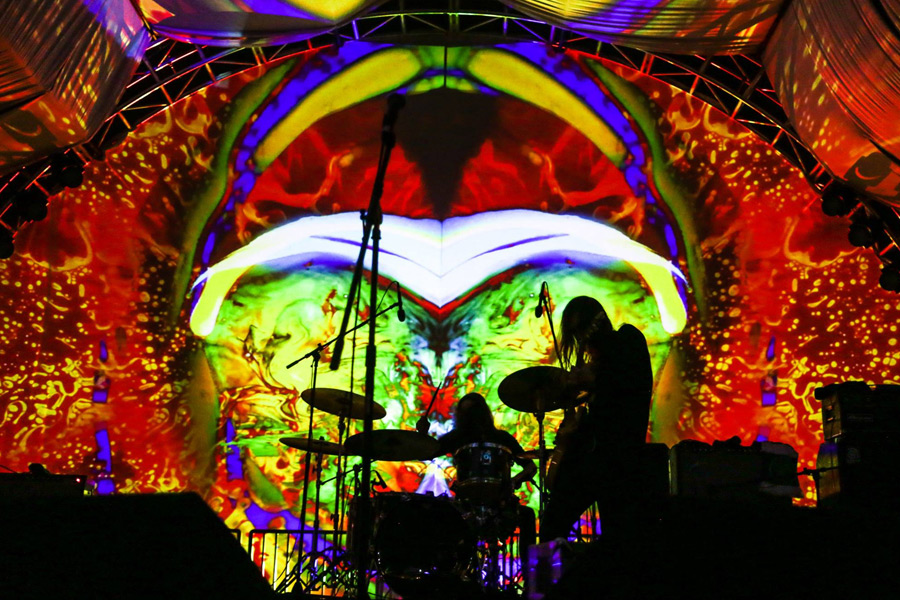 Amidst the tranquil, mountainous terrain of Lake Perris State Recreation Area, with the lauded lake serving as the festival's centerpiece.

Artificially created in 1973, Lake Perris has become a summer hotspot due to its proximity to nearby towns and cities. Moreno Beach, to be precise, is where Desert Daze pitches its proverbial tent for the second weekend in October. 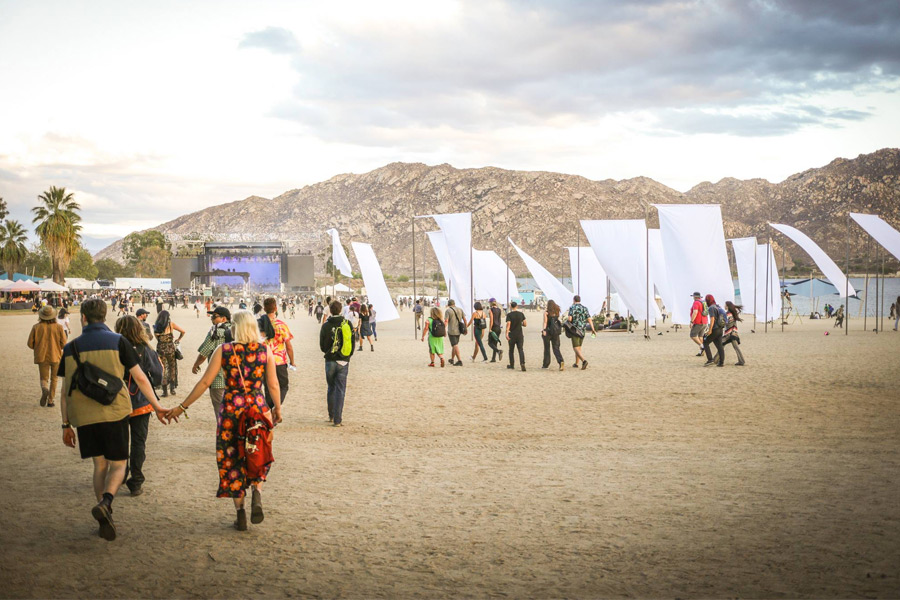 Laid-back and hazy, to put it succinctly. The festival only moved to its new home in 2018, but it's strived to retain the boutique, communal atmosphere from the previous locale. It's inclusive of a wider demographic, but still exclusive to loyalists.

There's often growing pains moving to a new location, and Desert Daze's first outing at Lake Perris was blighted by freak weather for the first night, cutting short headliner Tame Impala's set due to fork lighting and torrential downpours. Founder Phil Pirrone (who himself plays in sludgy rock outfit JJUUJJUU) refunded all parking costs and offered free re-entry for all one-day ticket holders that day. It's indicative of the festival's independent foundations and community values.

And obviously an integral part of the festival's vibe is the music. But the scenery certainly helps. 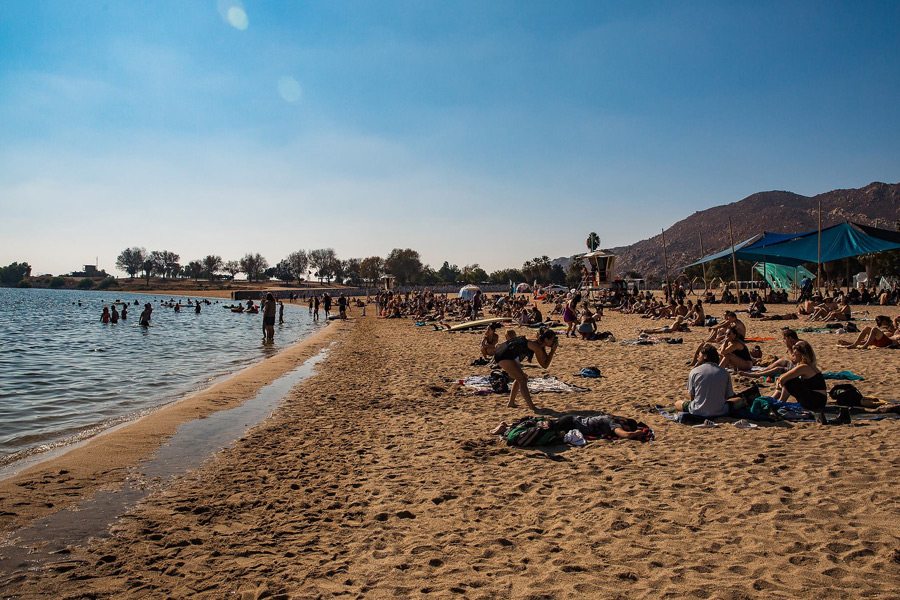 A smorgasbord of trippy, mystifying, and sparkling psychedelia, from all dimensions; rock, indie, punk, hip hop, if it's forward-thinking and ready to tingle your synapses as much as your sweat glands, it'll be on the lineup.

This year will see Flaming Lips, Wu-Tang Clan, Ween, and Devo (in what is a final, farewell performance) all headline, with the likes of Flying Lotus, Khruangbin, Stereolab, Parquet Courts, and Animal Collective ensuring the roster is luminous from top to bottom. 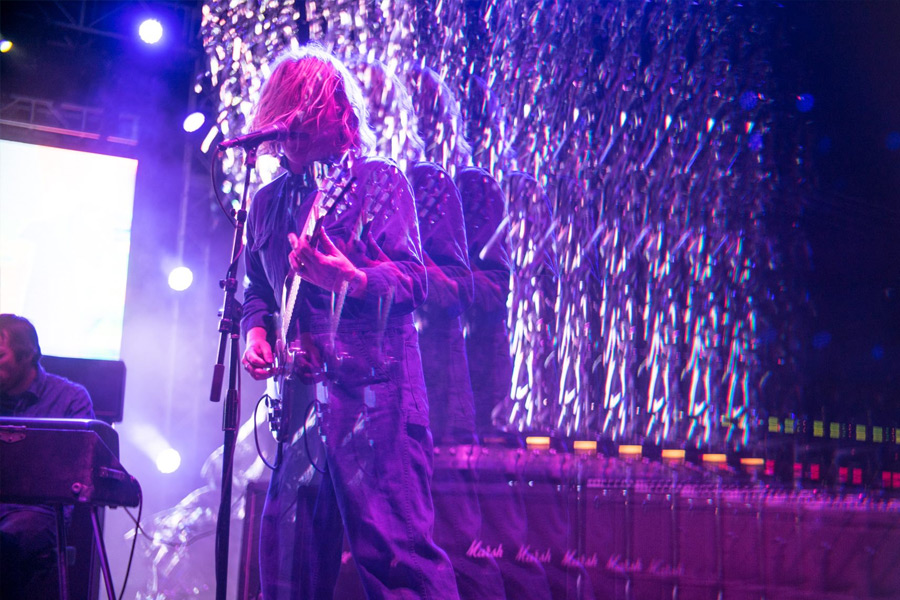 Can you pick a song that embodies the festival?

Not one specific track due to the diverse, astral selection. So a playlist seems better suited:

Why should I go this year?

Other than the aforementioned hallucinatory lineup, which is in itself a reason to attend, Desert Daze appears to have found its footing as something altogether larger than your average boutique festival. Any sort of feedback whether positive or negative is welcomed by founder Pirrone, who personally answers people's queries/questions via the festival's social channels, and acts upon them. So it's always striving to improve and tailor the vibe around its demographic, which you don't see much of nowadays amongst music festival's homogenised, corporate landscape.

Also let me refer you back to the lineup, considering it's iconic nu-wave oddballs Devo's last ever live performance, and Flaming Lips are performing seminal album The Soft Bulletin in its entirety. 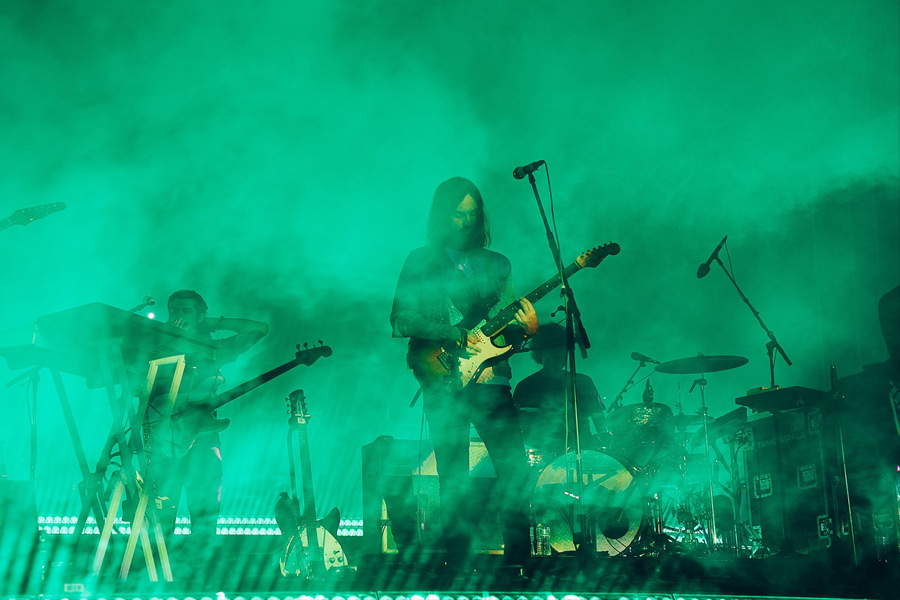 The venue is ostensibly a beach-club, complete with swimming area, so you can swim the day away or catch some sun. Away from music, comedian Fred Armisen brings his 'Comedy For Musicians But Everyone Is Welcome' show to Desert Daze where hilarity will no doubt ensue.

There's technicolor visual installations galore for your Instagram-able needs if you're that way inclined. They also serve as a perfect distraction to wile away those long nights beneath the stars. 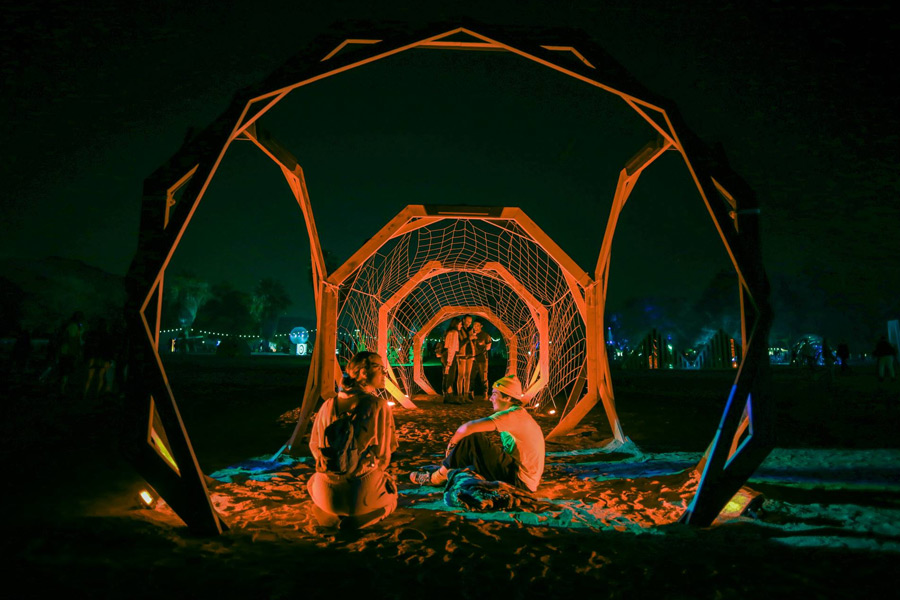 A few wavy West Coast characters certainly; a mixture of space cadets and crowdsurfers hoping not to harsh anyone's mellow. Ultimately, however, the inclusive sect of festival-goers are of a similar mind frame, obsessed with psychedelic culture and the music in store.

Despite Desert Daze also calling California home, it's undoubtedly hip and niche in its own retro respect, though you most definitely won't encounter the social media influencer rabble that swarm Coachella. 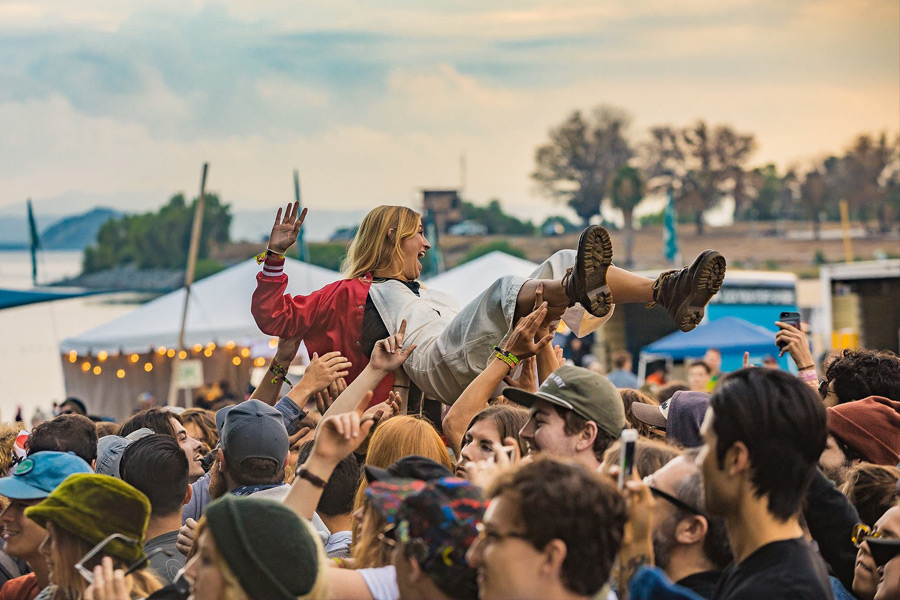