It might seem counter-intuitive – what with stereotype being a distinct lack of showering, an abundance of mud, and a general disregard for one's personal wellbeing – but it makes sense that festivals can be an ideal place to meet a future partner.

For a start, you already know that you have similar notions of what you consider to be time well spent, and there's almost some overlap in music taste (surely the most important thing). You're also likely to be much more uninhibited and open to meeting new people, experiencing new things, and sharing in moments that will live long in the memory.

So maybe it shouldn't come as much of surprise that so many people meet their significant other at festivals. Whether it's eyes meeting across a crowded room (campsite?) or something altogether less filmic, we spoke to some people who found that special someone amidst the revelry of their favourite festivals.

Dating experts Match and Margarita Rumble have partnered up to offer an exclusive 'singles fiesta' at the Manchester edition of the festival. Tickets available here. 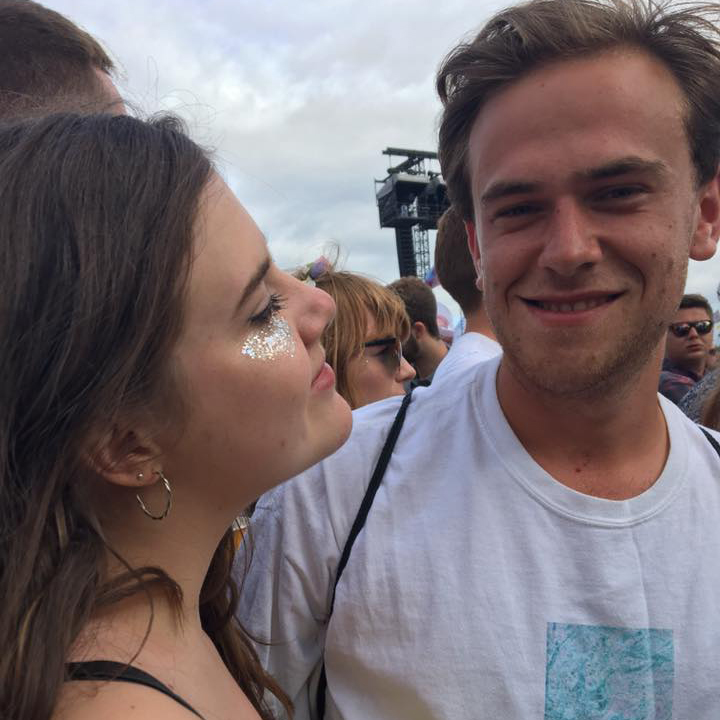 We met during the summer of 2016 at Bestival. I went with a group of friends from university and one of my friends brought her brother. I thought he was attractive from the first moment I saw him (cringe) but wasn’t going to make a move – girl code; it’s my friends’ brother (twin brother as well), what would she think?!

So, nothing happened for a while, not until the February after – I barely even spoke to him at the festival to be honest! We hung out in a group together on the campsite and went to see the same artists, but I wouldn’t say we necessarily hit it off right away.

After Bestival, and when I returned to university, he kept visiting my friend/his sister so I got to know him a little more on his visits. I’d told anyone and everyone that I thought he was good-looking, and eventually word got to him, so he asked his sister if it was okay to ask me out, thankfully she said of course; and there we go, a few dates and months later we were officially together.

Since then we have had many experiences together – namely Glastonbury Festival in 2017, and we even travelled around South America together for three months and yes, surprisingly after all that, we still like each other. 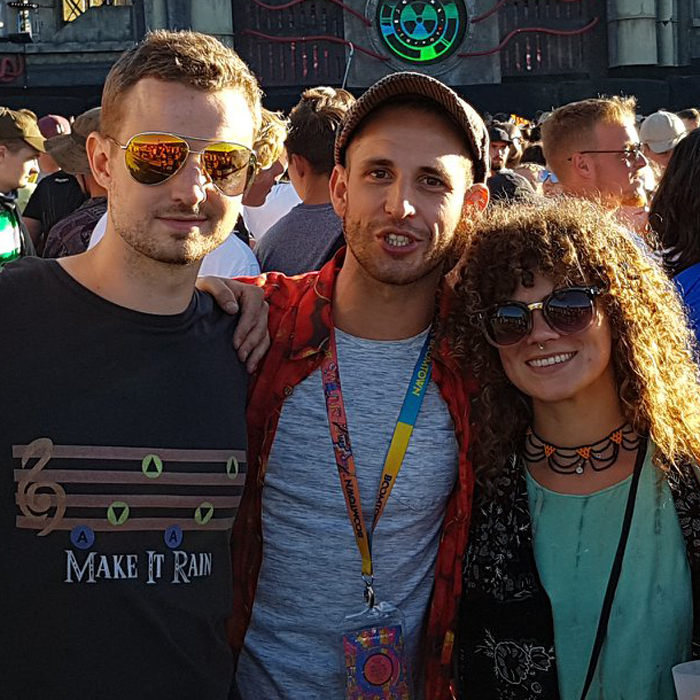 We were both volunteer carpenters at Boomtown 2018, and happened to be on the same build team, got talking when I'd found a job to do and could see Heather was at a loose end, she said "you sound like you're from where I'm from", I tried to play it cool and concentrate on the job while we carried on chatting (trying to resist my natural urge to act the plonker - largely succeeded I think!).

Come 6pm knocking-off time for volunteers, Heather did just that while I stayed on a bit to help out. She dug my number out the group Whatsapp and messaged to see if I ("and the others") would be up for a pint at the crew bar once we'd clocked off. By the time we did so, it was just me and one other guy – when it transpired that he was exhausted and was just going to crash out, I wasn't exactly gutted that it just left me and the shiny new girl person.

In the intervening period, Heather had showered and changed, and the cool chatty girl with the nose ring in her work clothes with her hair tied up and a sheen of grubby sweat on her face in that summer's 32° heat had transformed. I largely kept it together. After a couple of days I'd packed up my tent and moved into her van and we'd forgotten we'd only just met. We've not been to any festivals since, so I'm excited to be kicking off this season working with her at Shindig Weekender, before we hit Boomtown again in August. 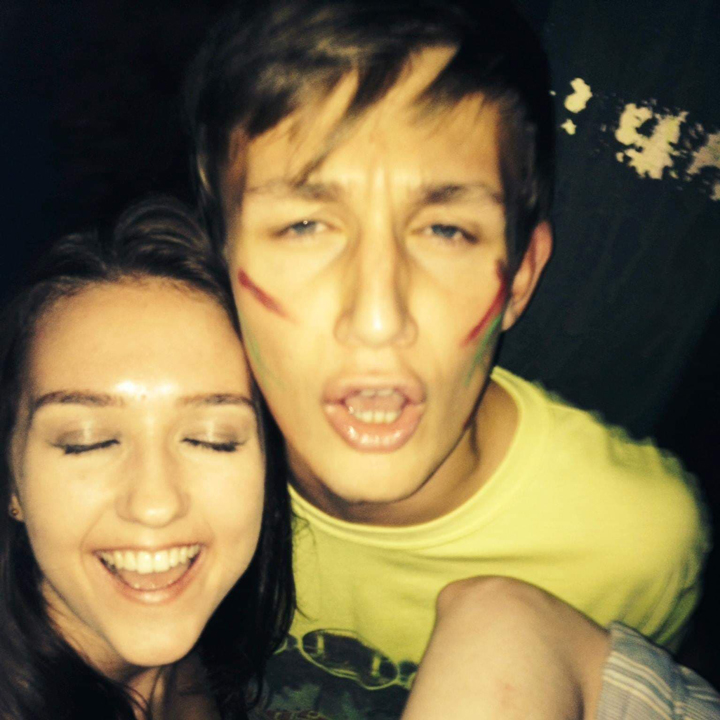 It all started with a mysterious girl offering me a can of cider in the purple campsite at Reading Festival in 2013. We got chatting… and now five and a half years later we're married! So I can say that I found true love in the mud of Reading Festival. 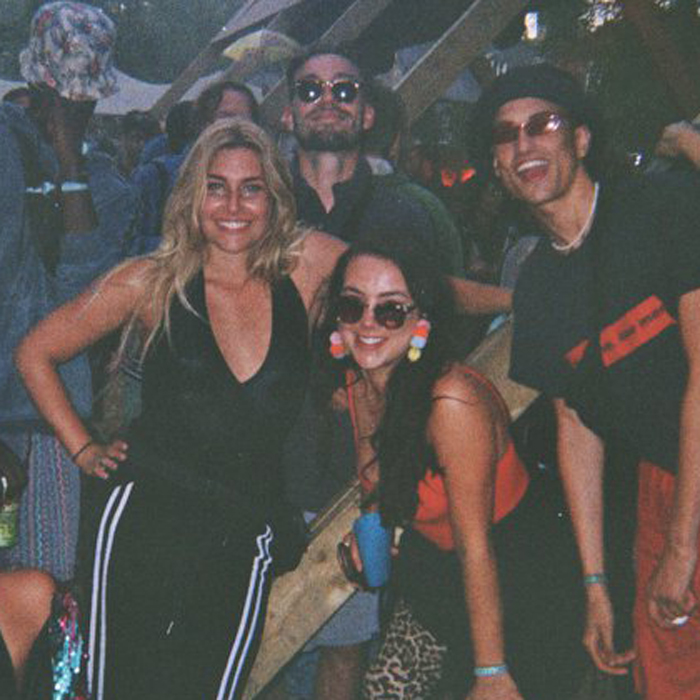 I met my boyfriend Travis in June 2018 at Gottwood Festival in Anglesey. I was camping with a group of my girlfriends and he was with a group of his guy mates. We had noticed each other over the weekend but we didn’t actually meet properly until the Sunday morning when our camps mixed together.

Me (bottom middle) and Trav (top middle) hit it off straight away and kickstarted our festival romance. We exchanged Facebooks before we left and our long distance relationship blossomed from there. We share a love for music and festivals and have plans to go to some day festivals like All Points East this summer, and we’re going back to Gottwood together this year to celebrate a year since we met! 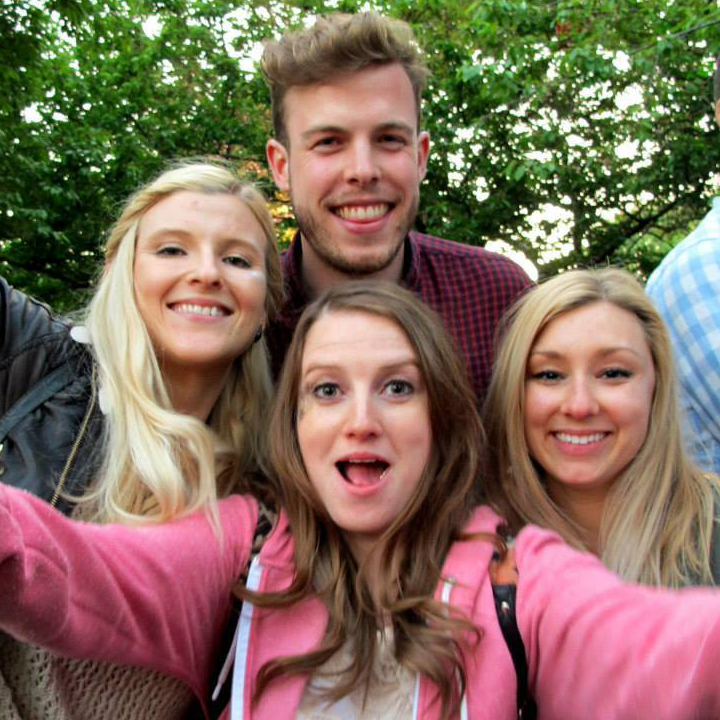 Kirsty (left) and I first met at Love Saves The Day in Bristol in 2013. I was going with a load of uni friends, and I was very much single at the time. We turned up to the festival and a couple of girls arrived – Kirsty and Jamie – who were friends of friends. They sort of got involved in our group, and I instantly took a liking to Kirsty. There was just something about her; I put it down to her playing it cool, and giving as good as she got, not taking any of my nonsense. It helped that she was Welsh as well, so we had a connection there.

To cut a long story short, I spent about two days ‘putting a shift in’, determined that we would at least be friends – and I’m happy to admit now that I basically ditched my real mates. So I spent the two days trying to impress her, and hang out with her, and be cool around her. And at the end of the two days I tried to really impress her and take her to an afterparty at Motion. We were chatting in the taxi, and one of her friends playing match-maker asked who I liked out of her group of friends – I think they were trying to set me up with one of the other girls, and I wasn’t too interested in all that because I liked Kirsty. So when I told them that I had a bit of a soft-spot for Kirsty – who was in the taxi at this point by the way – they decided to explain that Kirsty hadn’t been playing it cool, but that she had a boyfriend. So I was a little disappointed but we still all went to Motion and had a really good time.

We kept in touch, on and off, and then a year later I got a message from Kirsty asking if I knew anyone who wanted a spare tickets to Love Saves The Day because she knew I was going again with mates. So I asked her “Oh no, are you not going again?” and she replied saying “I am, but I’ve broken up with my boyfriend so his ticket is going spare” (hint hint). So I said I’d ask around, but I also had to tell her that by this point I had a new girlfriend. So that was unfortunate timing, a year apart just flipped the other way.

I suppose I still quite liked Kirsty, and we all went to Love Saves The Day as normal, didn’t hang out quite as much this time but I still saw her quite a lot at the festival. Then a couple of weeks after Loves Saves The Day I broke up with my then girlfriend, and decided to give it a shot with Kirsty.

As our 'first date' we actually went to SW4 Festival in London. It wasn’t exactly my first choice in terms of music but she loved it, and it was really good fun. Without wanting to sound too clichéd, I guess the rest is history, and since then we ended up moving to Australia together, and carried on going to festivals together there as well.

But basically that’s the story of how we met at three festivals.