A quarter-of-a-century on from The Cure and Jesus and Mary Chain headlining the very first edition in the heady days of the mid-nineties, Portuguese festival Super Bock Super Rock are gearing up to celebrate 25 years this summer.

For this landmark edition, SBSR returns to the idyllic setting of Meco – around 30km south of Lisbon – where some of the most memorable editions have been held over the years; with appearances from Lana Del Rey, Migos, The 1975, Christine and the Queens, Kaytranada and more already confirmed (and further announcement to follow).

So in recognition of reaching this impressive milestone, we asked some of the team behind the festival to look back over past editions and pick out some of their highlights – Luís Montez, Managing Diretor of the festival's promoters Música no Coração), SBSR's Head of Booking Silvía Braga, Head of Marketing and Communication Paula Oliveira, and Alexandre Marques from the festival's booking department.

Luís Montez: The first edition of Super Bock Super Rock back in 1995, in the Alcântara area of Lisbon, with Faith No More and Morphine. 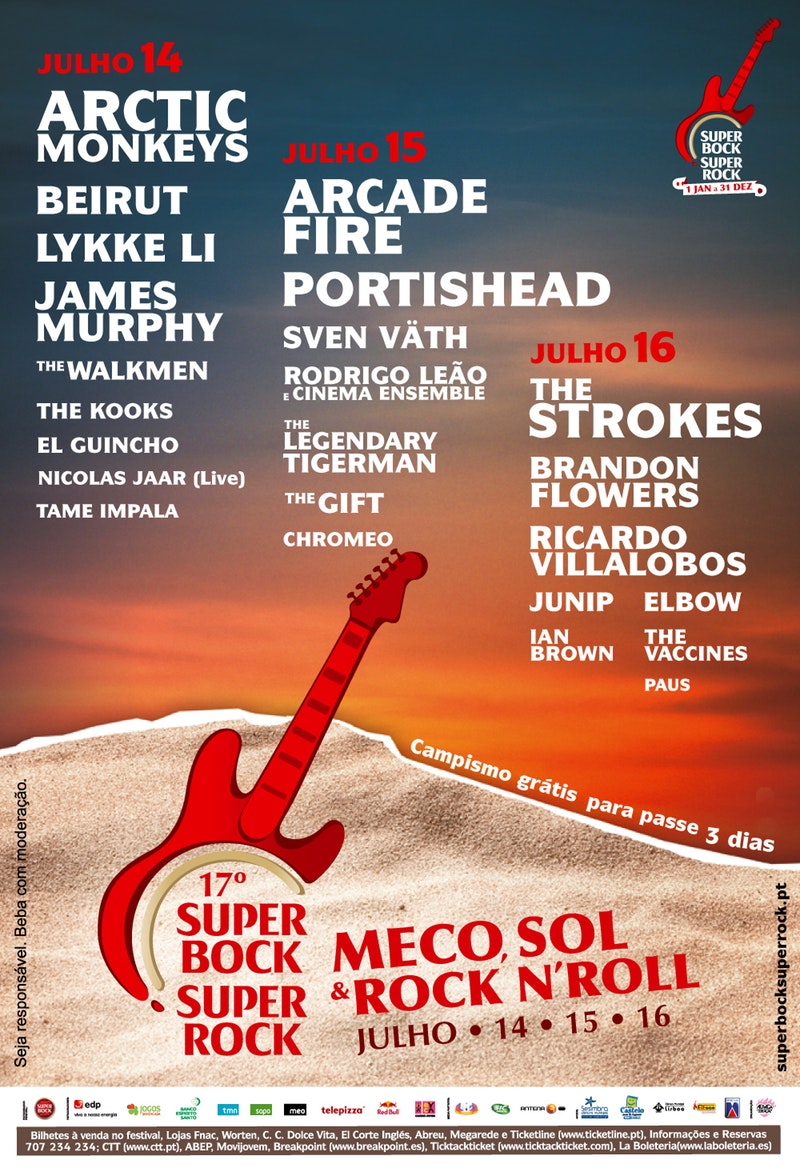 Paula Oliveira: 2011, a memorable edition at my favourite location of the festival: Meco!

Paula Oliveira: We really have to be unanimous on this one, so I'll also say Prince with Ana. It was a unique and exciting moment, absolutely emblematic in the history of the festival.

Paula Oliveira: I believe I answered this already right?... Meco. The energy of that place is simply magical.

Luís Montez: The sunrise at Meco with the pine trees full of humidity, while taking the bus to the beach.

Silvía Braga: Seeing and hearing – under the moonlight and sky full of stars – the impressive performance of Woodkid.

Paula Oliveira: Ben Harper's concert at the Coliseu in Lisbon was a milestone that strengthened my passion for music.

Alexandre Marques: A crowd of people at the top of a hill, outside the venue, watching Metallica's rehearsal the day before the concert at Super Bock Super Rock 2007.