Since the dawn of the 20th century, no country has been more influential or integral to the evolution of popular culture than the United States.

Though sometimes people can grow tired of its overexposure, there's no denying the US has put more points on the board than any other nation in recent history.

If for some reason you need proof of this fact, here's the list of the most iconic moments in US music festival history.

Perhaps the most storied moment in pop music history, the young folk singer out of Greenwich Village Bob Dylan played the fabled Newport Folk Festival for the third time in 1965. Unlike his previous two appearances, though, he brought a band with him and after three solo numbers, he exchanged his acoustic guitar for an electric one and the world was never the same.

Pop music transformed into something people took much more seriously in the 60s, both musically and conceptually. Hendrix is held as the greatest guitarist of all time, but that's not all he brought to the table, he was also an intelligent and artistic young man. Burning the thing he loved the most, in this moment Hendrix added some depth to the conversation around pop and the burgeoning rock scene.

Jimi Hendrix unleashes his scathing rendition of the Star Spangled Banner at Woodstock, 1969

It's incredible to think what Hendrix accomplished in just four years in the public consciousness. All he released during his lifetime were three studio albums and one live album, and yet he managed to create two moments that are integral to the fabric of rock and roll. With his iconic rendition of the Star Spangled Banner, Hendrix channeled an entire generation's disillusionment with their government.

Festivals have taken over pop culture, but that hasn't always been the case. It wasn't until the 90s that most of the big festivals we know today started cropping up. This classic episode of The Simpsons from 1996 was a watershed moment, showing the concept of a music festival was something that would appeal to a wide audience.

What Orbital's famed set at Glastonbury in 1994 did for electronic music in Europe, The Chemical Brother's set at Woodstock 99 did in the US. That is showcasing without a doubt electronic music deserved to sit alongside rock and hip hop atop festival bills. Having to stop their set a number of times due to thunderstorms, nothing could break the spell British duo cast over the ravenous crowd.

In 2001 no one in the hip hop scene was bigger than Jay-Z. Riding high off his recently released Jackson 5 sampling smash "Izzo (H.O.V.A.)", the King of Hip Hop had a special treat for the audience, bringing out the reclusive King of Pop for a rare appearance. And as if that wasn't enough for one set, Jay also debuted his Nas diss track "Takeover", and with it ignited the biggest beef in rap history. 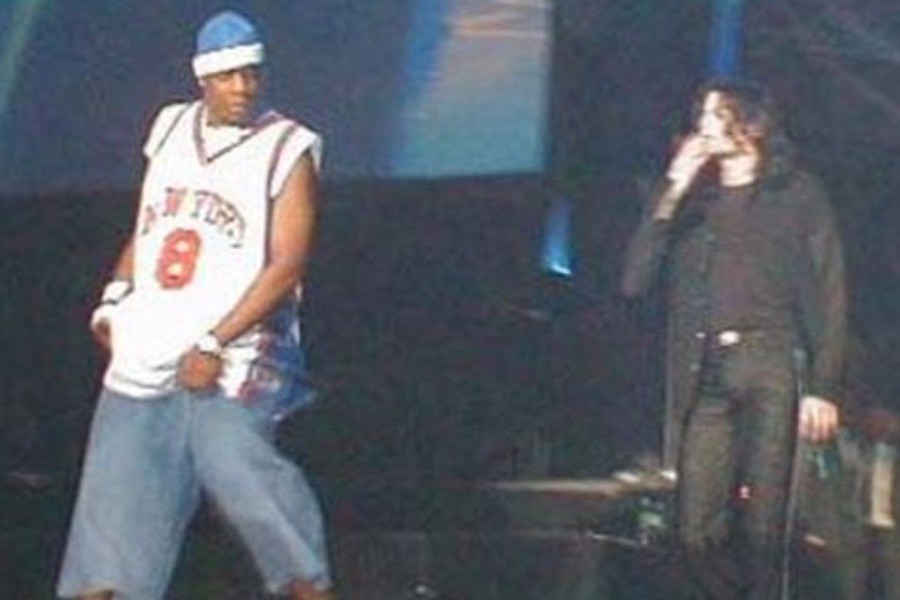 Influencing not only an entire generation of DJs but the entire music industry, Daft Punk changed what a concert looks like when they debuted their fabled pyramid stage at Coachella 2006. Shrouded in mystery in the lead up to the performance, no one knew what to expect. The moment their massive LED-laden stage lit up can literally be used as a historic dividing line, welcoming in the insanely sophisticated stage production era we're in today in one fell swoop.

Dre and Snoop bring Tupac back from the dead in hologram form at Coachella, 2012

There are a number of watershed moments on this list, but only this one brought someone back to life. OK, Tupac wasn't actually resurrected for Dr Dre and Snoop Dogg's Coachella 2012 headlining performance (we all know he never died), but with the effect it had on pop culture he might as well have been. Those on hand were woefully unprepared to witness a hologram of the West Coast legend and the shock wave it sent throughout the pop music world started an entire industry of hologram concert tours.

After The Chemical Brothers broke the glass ceiling and Daft Punk transformed what a dance music concert could be, Swedish House Mafia took the medium into the stratosphere. Becoming the face of the EDM movement that took over the music world, the DJ supergroup surprised everyone when they announced they were splitting up, right at the height of their power. They chose the massive UMF as their final show (for a few years) and used it to celebrate everything EDM had achieved.

What can be said about Beyoncé's 2018 Coachella headlining set that hasn't been said already? The Queen of Pop took the opportunity not only to entertain the almost 100,000 strong audience but also educate and surprise them. There was a litany of special guests, including an Destiny's Child reunion, theatre-level choreography (that covered everything all the way down to nail polish), and an unrelenting setlist of her biggest hits, but also, importantly, time was taken throughout the set to acknowledge and celebrate black cultural leaders that paved the way for Beyoncé to become the first black female to headline Coachella.