Under The Radar: Semibreve Festival

Adding to our ongoing search for hidden gems, which has included boutique Swedish festival Gagnef and the community-minded Bons Sons, we explore what sets left-field electronic and visual arts festival Semibreve apart from the rest.

The key objective behind Semibreve's musical and artistic program is showcasing and celebrating electronic music producers, performers and digital artists who are unafraid to steer away from mainstream or conventional themes; instead exploring alternative and left-field creative techniques to produce art that is forward-thinking and experimental.

What song embodies the festival?

Given the uniting factor behind all of the music on offer – a desire to experiment and explore new artistic approaches – it is difficult to embody the festival in any specific song.

One of the performers this year is Kyoka, a Japanese producer who has gone from experimenting with tape recorders as a child to becoming captivated with both synthesisers and field recordings, embodying the explorative spirit that the festival celebrates. Smash/Hush, a track from from her latest EP, captures her often brooding sound.

Semibreve takes place in venues across the Portuguese city of Braga. The festival's dedication to offering a unique and immersive experience extends to the settings of the shows and performances. The most impressive venue is the Theatro Circo, a grand theatre built at the start of the 20th century.

The traditional architecture and bright white and gold decoration act as a juxtaposition to dark and industrial sounds, as well adding grandeur to the more euphoric and ambient music on display. Equally, the theatrical set up means that the abundant audio-visual artistic displays can take centre stage.

Elsewhere, the city's modern artistic hub and creative headquarters GNRation is a suitable home for both indoor and outdoor installations, as well as performances in the club spaces. 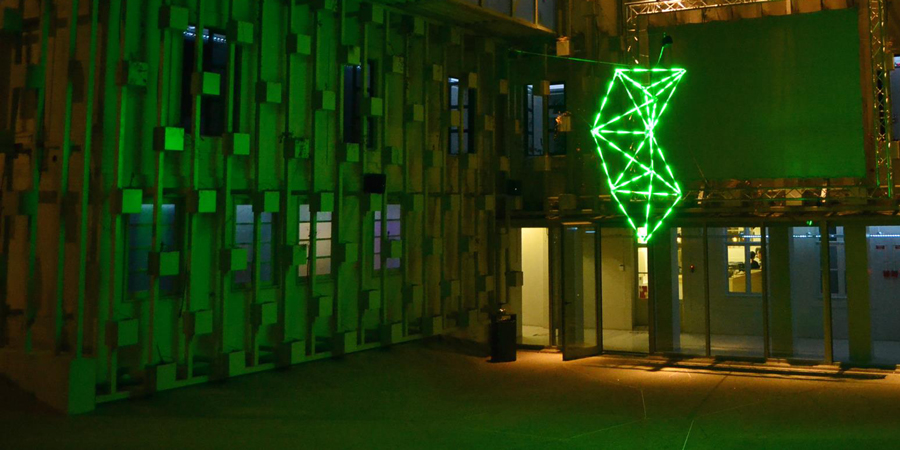 What kind of people will you find here?

It shouldn't be hugely surprising to learn that festival-goers at Semibreve pride themselves on being artistically and musically engaged. Like the performers, the spectators want to explore new ideas.

Whether that comes from hugely knowledgable fans or simply from individuals who are striving to be surprised and stimulated, everyone is looking to experience music and art that is not prevalent in the mainstream.

What sort of music are you going to hear?

The festival is dedicated to electronic music, often live performances featuring impressive set ups of musical hardware: synthesizers, audio processors, pedals etc. The music itself ranges from the dark and industrial edges of techno to minimal, ambient and even orchestral sounds from celebrated composers. Audio-visual and digital art also plays a prevalent role, with catching installations and screening accompanying the performances.