The Dandy Warhols: "We might have had more success if we’d stuck to one thing"

25 years into their career, The Dandy Warhols are no strangers to the wax and wane of the music industry; mainstream success, publicised feuds with other artists, unamicable split with a major label, tantrums galore. After a quarter of a century, they can be blissfully ignorant of how they're perceived; with sold-out shows across Europe, who wouldn't.

Nearly two decades since its release, the knowingly hipster-bashing 'Bohemian Like You' remains their most recognised song - I mean, we'd be lying if we said we're not all accustomed to ironically drawling "Cuz I like you, yeah I like you, woo-hoo, wooo" after one too many crispy lagers, such is the tracks' infectious nature - yet they resisted writing carbon-copies in favour of pursuing riskier and less ordinary avenues.

The well-documented (and often misrepresented) rivalry between Dandy's frontman Courtney Taylor-Taylor and Anton Newcombe of Brian Jonestown Massacre at times threatened to overshadow the band's output since the release of 2004's rockumentary 'Dig!'. Naturally, I still brought it up. But even though they shunned conventional commercial prosperity, per se, the Dandy's continue to give the proverbial middle-finger and playfully explore.

Seeing in their 25th year together with a world tour, the band are once again playing at London's Brixton Academy, the venue they sold out shortly after their initial UK breakthrough. I caught up with guitarist and founding member Peter Holmström to have a natter about their new album Why You So Crazy, leaving your ego at the door, and receiving shotgun shells with your name on it through the post.

How were the first couple of shows in Paris and Antwerp?

Antwerp was great for the first show of a tour. A little stiff on our part, not that the audience would notice. Paris was amazing like always; the Olympia is a perfect room so that makes it easier. Both Amsterdam and Berlin were solid too. We don’t often have bad shows anymore, to be honest. It takes a lot of things going wrong for that. 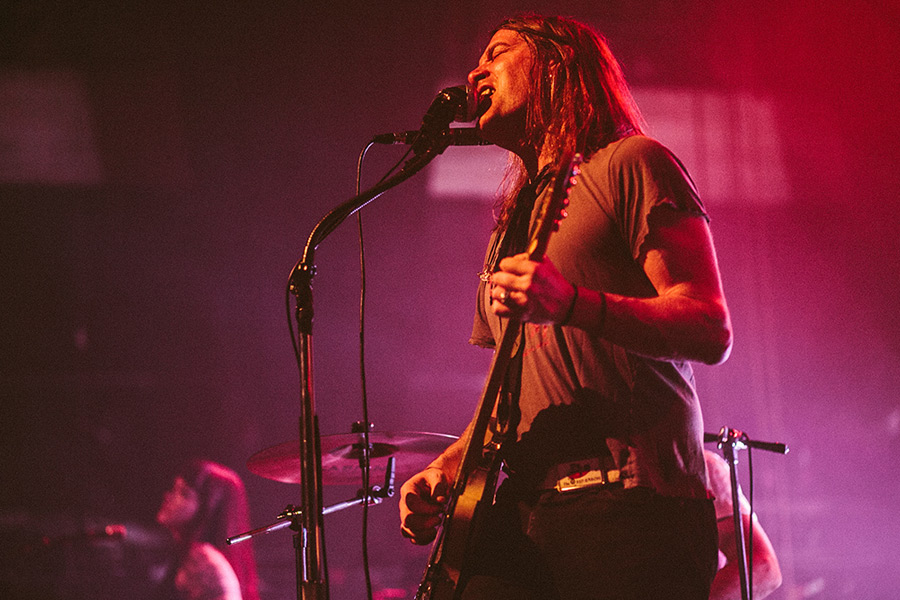 Your tenth album Why You So Crazy has been released to the world last week, so firstly congrats. The album is fairly eclectic, so are there any headaches working new material into the setlists?

There are always headaches working in the new songs [laughs]. They never get the same response as the old songs at first, and we aren’t as comfortable with them naturally. Tracks like 'Ondine' would never get included, so we don’t bother trying.

You’ve debuted a couple of tracks at recent shows already, so how was the general reception been?

So far so good!

Distortland had a more introspective vibe, comparatively, so what differed with the writing/recording process? It definitely seems like you’ve embraced your eccentricities again.

Each record just starts with a bunch of ideas that over time turn into the record. There is never too much conscious effort to direct the vibe from the beginning, it becomes clearer the more we work on it.

Experimentation has always been integral to your narrative. Is it the continual exploration that keeps you all on a forward trajectory?

I think it helps, definitely. I mean, we might have had more success if we’d stuck to one thing. But as far as longevity, the sonic exploration definitely keeps me, and us, more interested.

Do you think the split from Capitol Records almost helped to accentuate your weirder tendencies? I guess having your own creative hub (their purpose-built studio The Odditorium) gives you a platform to pursue curiosities.

We were pretty weird on Capital Records too!

The retro-revival movement happened after you’d sort of moved on, but you’re still immensely popular in that scene. Why do you think that is?

No idea?! I don’t really think about that kinda thing very much.

You’ve impressively reached your silver anniversary as a band, which is a pretty hefty milestone. What would you say is key to your lengthy lifespan?

We got most of the bullshit out of the way a long time ago. We all understand that the music is more important than any petty ego stuff.

England and Europe seemed to ‘get you’ much quicker than over your side of the Atlantic - I remember watching ‘DIG!’ and selling out Brixton Academy seemed like a landmark moment for the band. Was it intentional playing there again for your anniversary tour?

It’s super nice to be playing Brixton Academy again, yeah. We have steadily built back up to it. 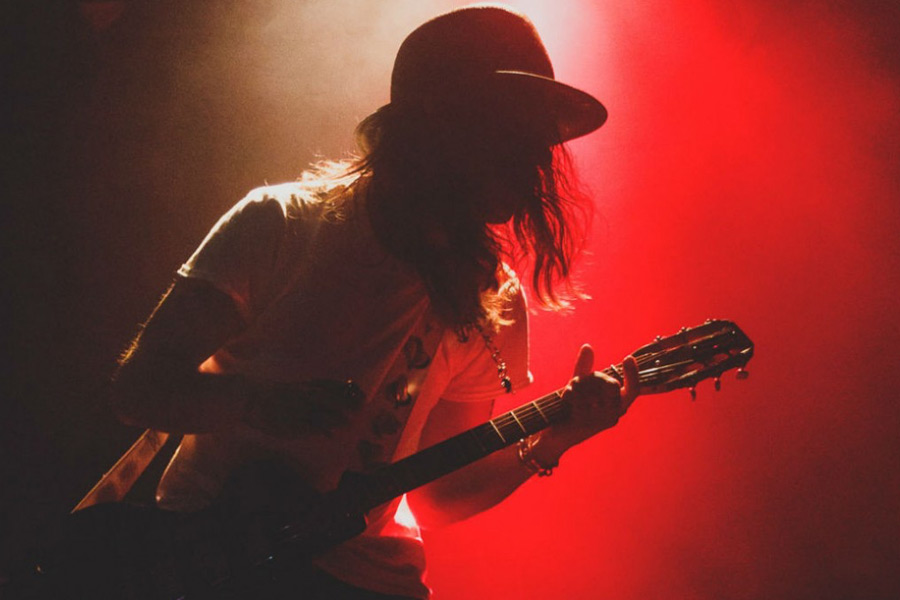 How long are you planning on touring for, and do you have any festival dates lined up this year?

We will be playing shows all year long, trying to get to all our favourite places. Hopefully some summer festivals, for sure.

Your history is undeniably entwined with Brian Jonestown Massacre, as both Courtney and Anton had this well-documented love-hate relationship. Is there still a relationship between both bands?

There was always a competitive relationship between the bands, but more love-friendly rather than love-hate. 'Dig!' pushed the love-hate perspective to sell tickets and tell a fictional story. We just hung out with Anton in Berlin, like we always do. Anton also released my record (Pete International Airport) on his “a” Records label, back in 2017. All is good between us, always has been. 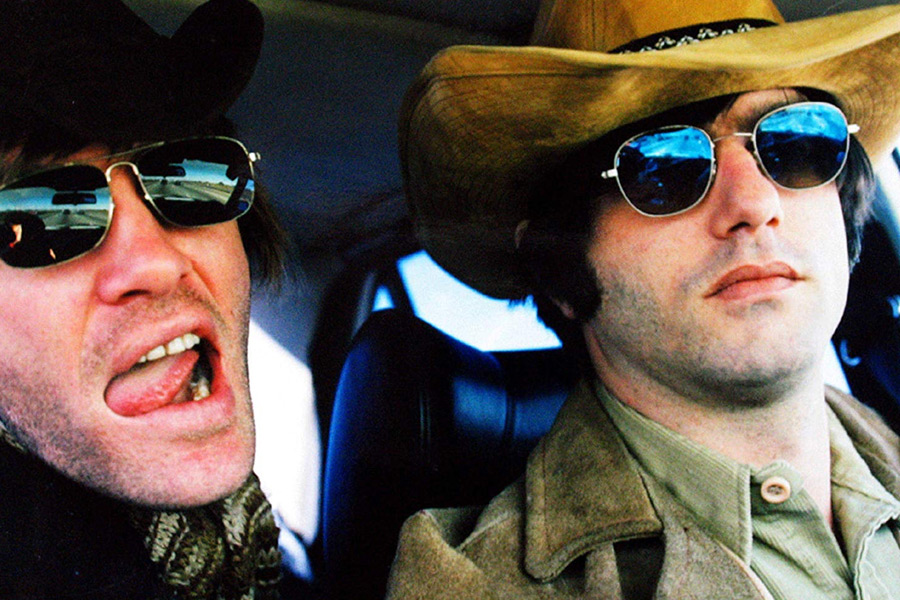 Are there any plans to play together again, like at Austin Psych Fest?

We try and plan things, so someday it will work out.

There’s got to be some considerable highs and lows over the course of 25-years, so do any standout in particular? For instance, sharing a stage with David Bowie, whilst getting a package with your names written on shotgun shells must’ve been surreal.

Sharing the stage with Bowie, for sure, supporting him for two months on tour also. Supporting the [Rolling] Stones, Tom Petty, are absolutely up there too. The shotgun shells were interesting [laughs], I didn’t take it as a threat. Just Anton being Anton.

Thanks for taking the time to have a chat, and good luck with the rest of the tour.