There are of course a few contenders for the title of biggest DJ act in the world, but any conversation on the topic has to include current DJ Mag's World Number One Dimitri Vegas & Like Mike.

The Belgian duo have long been established in the upper echelons of electronic music, for years headlining festivals all over the world and producing bangers like 'Tremor', 'Mammoth', and 'Complicated'.

The ever active pair were gearing up for yet another packed festival season before the world ground to a halt thanks to coronavirus. But having consistently conveyed a message of unity and community throughout their career, we thought it would be nice to reach out and get an update from the two talented brothers.

Here's what they had to say.

You teamed up with Bassjackers for your latest single 'Happy Together' which is an interpolation of the classic song of the same name by The Turtles. How did this collaboration come about?

Dimitri: We love working with Bassjackers, we've worked closely with them on a number of big singles, so the chemistry is really organic. We had the idea for the track as the vocal and melody is such an iconic piece of music, and we felt that it works really well with a modern spin. Bassjackers always bring something fresh when we work with them, so we thought they'd be the perfect partners to team up with and bring the vision to life. We love the outcome and can't wait to see the response from our fans.

Your version features pretty heavy lead synth and drum lines. Harder style sounds seem to be finding their way more into the mainstream these days. Do you think dance music is heading in a harder direction?

Mike: I think it's a great time for making music as a lot of artists are experimenting with different sounds and allowing themselves the freedom to explore different influences, which obviously has a knock-on effect in what people hear crossing into the mainstream. We've always been a fan of the harder sounds and that shows in collaborations with artists like Vini Vici and Brennan Heart, so it's great to see this branch of dance music getting more attention.

Dimitri, you're quietly filling out your IMDB acting page. Is acting something you want to push more into or is it more for fun?

D: I've always been fascinated by film, conveying stories and emotions on screen the same as you would when working on music. Being involved on different sets and working with hugely skilled actors and actresses in the film industry has taught me a lot about showcasing different themes, and I think that has had a knock-on effect on our music as a result.

Getting to work alongside big screen heroes like Jean-Claude Van Damme in The Bouncer and Sylvester Stallone in the latest Rambo movie are highlights of my side career in the film industry and push me on to achieve more. I had a lot of projects planned which are obviously on hold at the minute, but it's definitely an area I plan on pursuing further. I have also been writing a lot of scripts recently during this downtime, as that is also an area that really interests me.

Mike, you've already put out three solo singles in 2020 with 'High Off Love', 'Put Your Lips', and most recently 'Pineapple'. How does your approach differ when you're doing solo work as opposed to when you're working with your brother?

M: Myself and Dimi are always listening to new music across a wide variety of genres but as well as electronic music, I have a huge passion for urban music. So it felt a natural progression for me to experiment with these sounds on my own as a solo creative project.

The approach is similar to when I'm working on a track with Dimi, but obviously the sounds and influences are slightly different, to reflect my passion for that side of my musical interests, which results in the tracks sounding unique. 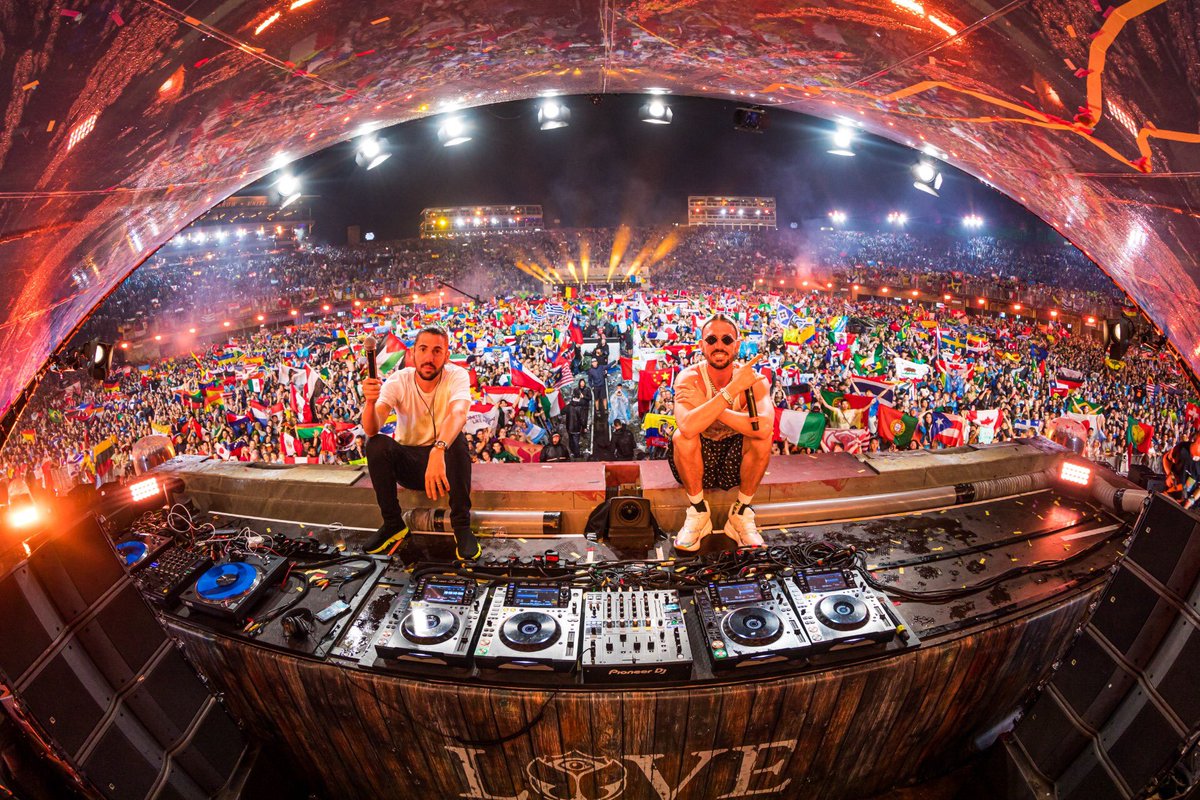 As we're all stuck at home currently, a lot of people are talking about using this unexpected free time to accomplish things. Have you guys been trying to learn any new skills or maybe you're spending your time in the studio?

D: For touring musicians, this gives an almost unprecedented opportunity to write new music with so much free time, and I expect to hear a ton of amazing new music coming out of this. For us, this amount of free time is unheard of. We're usually either on the road travelling, performing, or working, so this time already has been a super creative period for us. As we aren't working to deadlines so heavily, we've really been able to relax and experiment with different sounds in the studio, and that freedom of expression has brought some really interesting results so far. We can't wait to share new music with you guys!

The dance music world seems more like a family than other genres, with artists doing B2B sets and working together and supporting each other a lot. Why do you think that is?

D: I think dance music has always centred around that sense of community, from the early days in the clubs in Chicago to today, people have always used dance music as an escape and a chance to connect with other people. Whole scenes have been built around these relationships established by people coming together for dance music, so I think it has been a natural thing for this genre to react in this way and support other artists. We spend so much time on the road touring and playing with artists at festivals, so it does feel like a family.

In your native Belgium there are talks that private gatherings of 10 people might soon be permitted, but they would have to be the same 10 people each time. If you could invite any 8 people in the world who would make the list?

M: We're really close with our families and friends, so for us we'd definitely use this opportunity to reconnect with the people we love the most. We've been delivering groceries for our relatives, but to be able to spend time with them again is going to be a special moment. It's important in these times to support those around you that may be more vulnerable than others.

Everyone is spending a lot of time these days looking back. Can you tell us about your first festival headlining set?

D: That was a long time ago now. I think the first standout festival headline slot for us was at Tomorrowland. They were very supportive of us from the early days of our careers. They invested a lot of time in us at the start, and we will forever be grateful for their belief in us. Without that we wouldn't be where we are today.

M: Tomorrowland has always been a highlight for us. The whole Tomorrowland family and crowd are so special to us and have been since day one. The connection with the fans is so strong so it is always a two-way thing. We feed off their energy and that shows in the performance, and in turn the crowd reaction to that is memorable every time.