Jess Bays: "The last 18 months have been a whirlwind"

It's been a busy couple of years for rising star of house music Jess Bays – from studying a DJ course at SubBass academy, to getting signed to Defected, to playing festivals and shows across the globe.

Ahead of an increasingly busy summer, including an appearance at Strawberries & Creem Festival this June, we took the time to catch up with her to see how things are going.

Has it always been house music for you? Both as a DJ and as a fan?

I love any genre of music – if it has soul then it’s a bit of me! When I was younger I was brought up around Motown, soul & disco so it was no surprise to me that I fell in love with house! HOUSE MUSIC ALL LIFE LONG!

What role did studying a DJ course play in your development as an artist?

Studying at SubBass taught me the theory behind DJing that I never knew existed. It’s not just about being able to beat match and smash out a load of tracks. There’s learning phrasing, beats & bars, mixing in key, and training your ears to notice too. I learnt the basics of mixing and then found my feet and signature style through practising loads. They also gave me my first ever club set at Ministry of Sound! Incredibly lucky to have that as my first experience! I’ll never forget it for the rest of my life; big up SubBass! 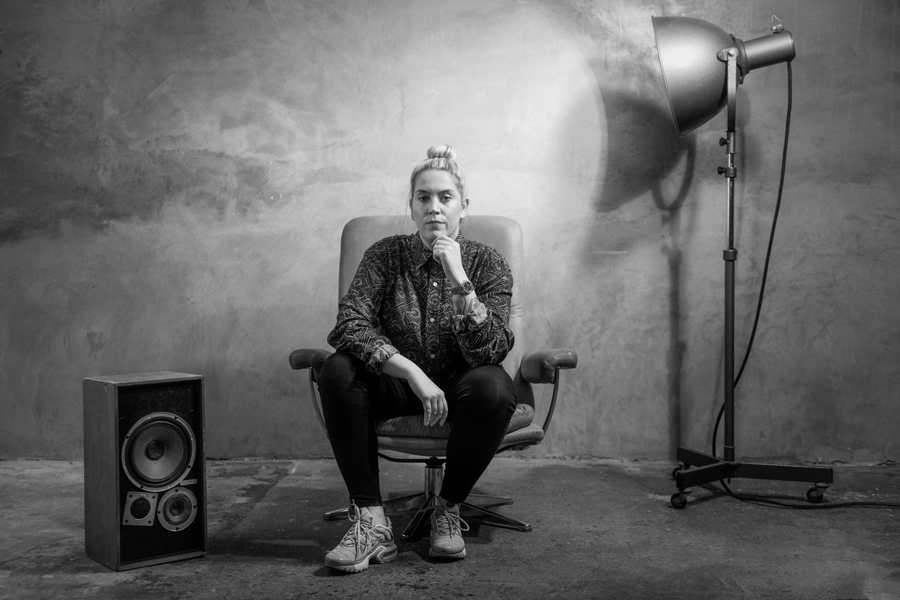 How important do you think it is for DJs to also have an understanding of the other aspects of the modern industry (digital marketing, social media etc.)?

This is something that I champion. I think it’s vital to know the other aspects of the industry! I was tour manager for Sam Divine for four years prior to becoming a full time DJ. That taught me inside out about the running of events, logistics, what happens right or wrong on the night too. It also taught me to have a lot of respect for all the unsung heroes behind the scenes because it’s a tough industry to enter! Digital marketing and the use of socials is in my opinion unfortunately something that you need to be wicked at these days. It’s not just about having talent anymore; you need to know how to get that talent shown to the world!

It seems like Sam Divine is someone that has played a significant role for you – how important has it been to have that support and guidance? And would it be fair to describe her as something of a role model?

Absolutely she is one of the biggest role models for me. She is also the reason why I have such a thick skin in this intense career path. Nothing was ever sugar coated and I learnt the highs and lows first hand whilst working for her as tour manager. I’m lucky to call her now one of my best friends and having her support is unreal. She’s a house master in her lane and I admire her so much. She also is the reason I fell in love with the skill of DJing after watching her play week in week out.

Are there specific milestones so far in your career as a DJ that you look back on as being particularly memorable or significant?

I think for me the moment I was signed to Defected’s agency would be the most memorable for me. It was something I didn’t expect to happen as soon as it did and I cried my eyes out when Wez Saunders gave me the news in Croatia in August 2018. The last 18 months have been a whirlwind and I’ve been lucky enough to play on some of the most insane stages and clubs with Defected, even representing them across the pond in Chicago and Miami. EPIC!

And looking ahead to the future, do have goals and targets that you’ve identified for yourself?

I sure do. I’m entering the world of production and completely falling in love with it. I’ve got my target labels goals written on a whiteboard in my bedroom so every day I wake up I see the vision & it springs me out of bed! I’d also love to play Glastonbury, Parklife, and Tomorrowland one day!

Are there specific aspects of the craft that you can identify other people doing that you want to improve in your own work – whether as a DJ or a producer?

Massively. I love the energy Honey Dijon brings to a DJ set so that is definitely something I aspire to create. On the production side of things it’s got to be the likes of Roberto Surace, Chris Stussy, Toman & Rossi, who I’d love my music to be in the same category with! Rolling beats with tough basslines and a slick vocal over the top. Levels!

If you were reviewing a ‘typical’ Jess Bays set, what would be your one sentence review?

It’s looking like you have an increasingly busy summer of festivals ahead – is this something that you look forward to? And does your approach change when preparing for festival shows?

Festivals are probably the thing that us DJs love the most! There is nothing better in my opinion than playing in the sunshine to loads of happy faces all enjoying the moments I’ve created in my set! It’s so sick! Festivals are defo a different type of set too; I always look for the more uplifting sounds and tracks for them so I can really create a hands in the air moment that people will remember on their journey home!

Summer’s obviously still a bit of a way off – but do you have any early inclinations of tunes that you will definitely be playing out across the various festival sets? If so, what are they?

Oh absolutely. I’ve just done an edit of Destiny’s Child 'Bills Bills Bills' that I know is going to go down a treat over the summer! Super buzzing to play that. Also the new track coming on Classic from Jansons & Liz Cass is going to be a firm favourite for me for the rest of the year!

Can ya pay my telephone billllllll?! ☎️

Finally, is there anything else we should be looking out for in the coming weeks and months?

I’ve got tons of music being released over the next few months ready for summer! Up next I’ve got something coming on Glasgow Underground, Stashed & Armada! Also I’ll be bringing my party Superstore back in the second half of the year!