Loco Dice: "I am hip-hop, everything I do is hip-hop"

A continuous cycle of travel, performance, and creation; an overwhelming prospect, maybe, but Loco Dice eagerly embraces inspiration from all facets of his routine, bleeding new experiences into his evolving oeuvre.

Welcoming a myriad of musical and personal influences could be attributed to his family's Tunisian roots, soaking up traditional northern African aesthetics alongside urban sounds, before discovering his rich creativity within the realm of electronic music.

Though, having been on the road for the best part of two decades, Loco Dice still holds hometown Düsseldorf close to his heart; the city's favourite son returns on 21st September for Awakenings and Time Warp presents Connect, so we sat down and talked his influences, experiences, and evolution.

Connect must be a particularly special occasion for you, as it’s in your hometown. Is there a sense of pride when performing at Messe Düsseldorf?

It’s great that there is something of that size and importance happening in Düsseldorf. We have less and less things here, and I’m happy to see Connect happening in my hometown. It brings so many people together, and it’s a great statement for our culture and Düsseldorf.

Are there any particular memories from previous Awakenings or Time Warps that stick out?

There are too many memories. It’s impossible for me to point out a single memory. 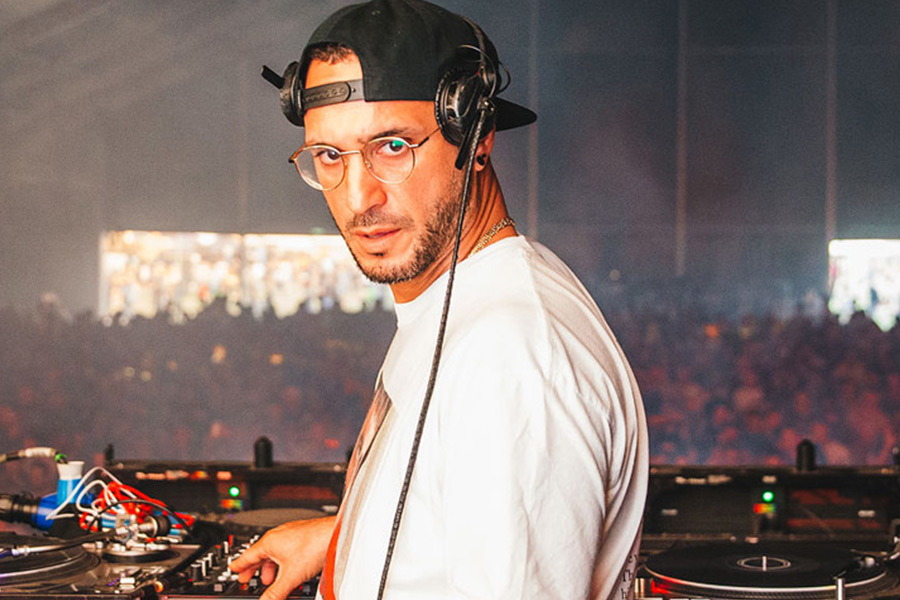 You’ve been a mainstay on the lineups of the world’s biggest dance events for nearly two decades now. How do you keep your passion and energy intact?

My passion for music that I can share with my audience, music that I release on my label Desolat, discovering new productions, putting my old music in the new context: it didn’t get weaker over the years. I’m evolving; technology is changing, there is always something new to try out, new places that I visit, new experiences that are deeply connected with my music and the way I play it. I guess that as long as I’m alive, my passion will be my driving force.

I also do lots of sports, and that’s another source of my energy and concentration. 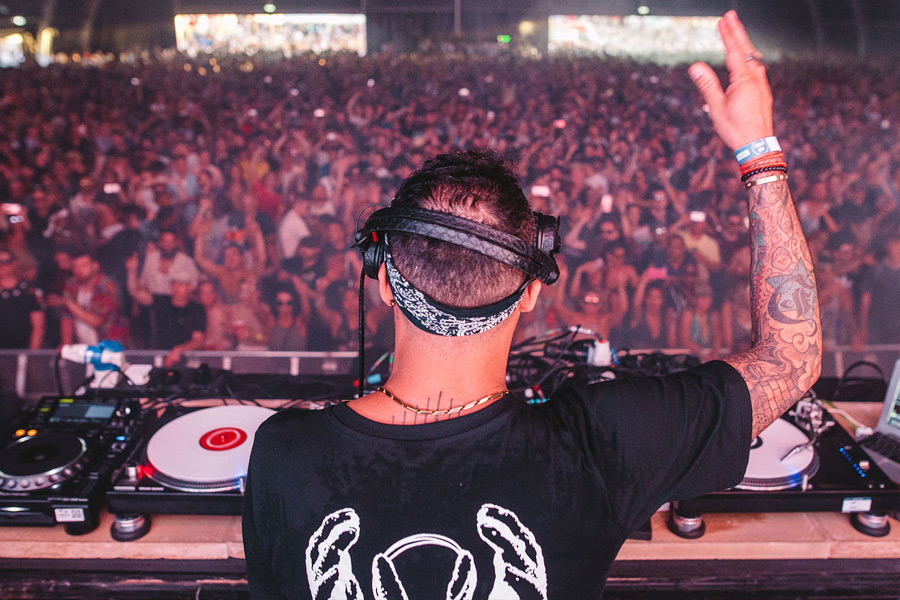 There’s still an element of exclusivity to your sets as they’re rarely recorded or streamed. In an age where almost everything is accessible at the tip of your fingers, is it important to nurture this personal relationship with those that are physically in attendance at your shows?

I usually avoid live recordings and streams. When you listen to a live recording, you rarely can imagine what is happening in the venue, when you watch and listen to a stream, you don’t have this physical experience of sound. There's no interaction with other people in that moment when something is happening.

I like to see people coming together, share energy, communicate, dance together, and I like to be there. This is something that happens in the venue. My audience, the stuff, the place, I, we all create those unique moments when we get together. Recording or streams are something completely different.

Since we last spoke, you released your third full-length album Love Letters to critical acclaim. Does it feel more rewarding releasing a collection of tracks in this form rather than single releases?

An album, the format, is like a 'Champions League' for me. All my albums have their own topics that I tried to channel through my music. They also close certain chapters in my life, or open new perspectives. A dance 12“ is great; it’s direct, efficient, and lots of fun, but on an album there is so much more to explore.

Besides that I’m constantly working on music. Some of it appears natural as a single release, some tracks build entities or connections between them, and for those an album is an ideal format. I am aware that lots of people dismiss albums in the age of streaming, short songs, attention seeking loudness, but… that’s not what I’m looking for as an artist.

Your influences draw from a far wider net than the electronic music spectrum, with a well-documented history in hip-hop. Do you feel that within techno specifically there’s lots of freedom to experiment?

That freedom to experiment was what brought me to techno and house in the first place, more than two decades ago. I think there are still so many paths to go, to experiment, and to create. There is always new music, new styles, but the artists also have to be aware of their freedom and make use of it. Then I’m looking at bright future of our music. 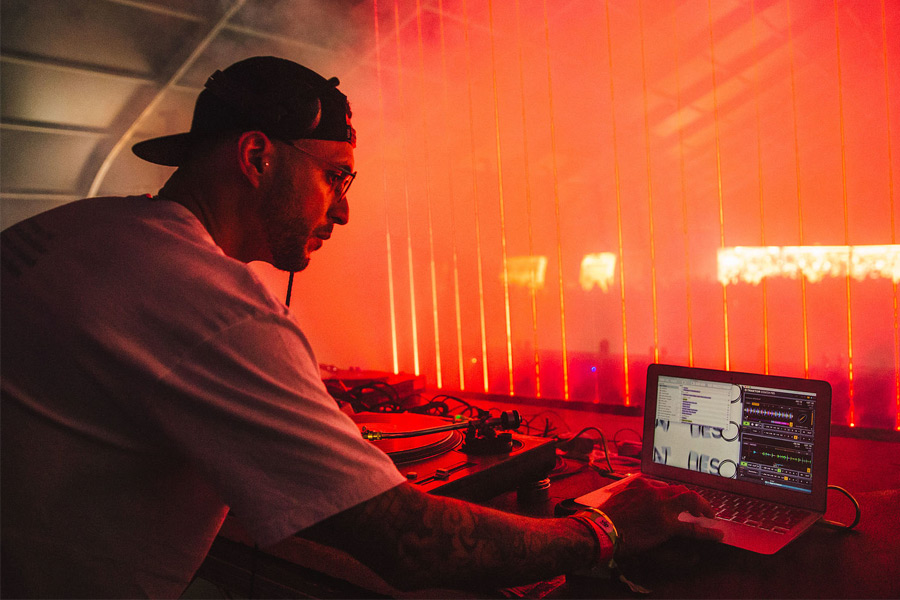 Are there any specific genres or artists that are particularly inspiring at present, and do you think you’d ever make the transition back to hip-hop?

I was always curious and listened a lot. I’m happy that genres like trap brought so many styles together. There is UK hip-hop with it’s sparse bass-heavy sounds. It’s also important to keep in mind that there are artists like Kanye West or Just Blaze who collaborated with me on my last album. They are open minded, constantly bringing new ideas.

Talking about the transition back to hip-hop: there is no such thing. I am hip-hop, everything I do is hip-hop in a way. Also when I listen to new hip-hop artists, I see that hip-hop is healthy. There is so much going on in Germany at the moment for example, I can’t remember that hip-hop was ever that big and relevant.

Do you have any plans to release new material?

Yes! There will be Love Letters Remix Edition picture disc 12“ on my label Desolat. I asked a few friends and some of the artists that I admire to pick a track from my last album Love Letters, and in September the remixes are coming out. There is also lots of new music that I’m working on, like an album from D Town Playaz which is my collaboration with Eddie Fowlkes, one of the originators from Detroit. There is FKD, my other big project.

Your music has previously been described as having a cinematic quality to it. Would soundtracking/scoring a film be something you’d ever venture into?

Maybe. But every album is like a soundtrack to my imaginary movies. Maybe I'll make a movie just once?!

I also curated and produced music for fashion shows of Marcelo Burlon and his County of Milan. That comes quite close to soundtracking a film.

Lastly, the Connect lineup is absolutely stacked as per usual, so are there any other artists you’re looking forward to either seeing or sharing the stage with?

I’ll go from North to East, South to West, and hang out with my friends. 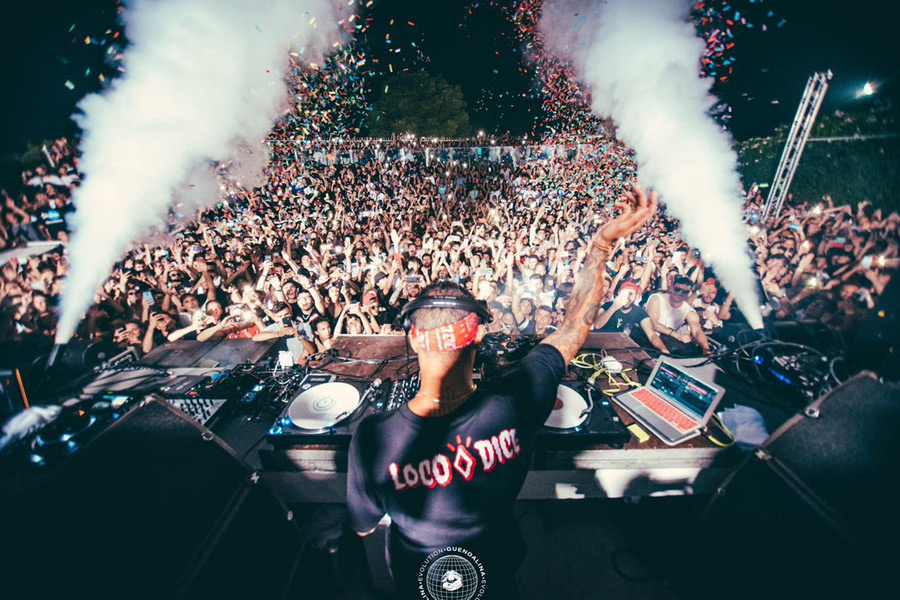