Markus Schulz talks Watch the World, his label and returning to Nature One

Markus Schulz is surely one of the busiest men in music. Not content with releasing eight albums in eleven years and working with the likes of Madonna, Depeche Mode and Fatboy Slim; he also manages a label, runs an artist management company, presents a relentlessly successful weekly radio show and churns out headline sets across the globe.

Ahead of his August return to a music festival that is one of his personal favourites, we caught up with him to discuss his recent album, Coldharbour Recordings and why he loves Germany's Nature One so much. 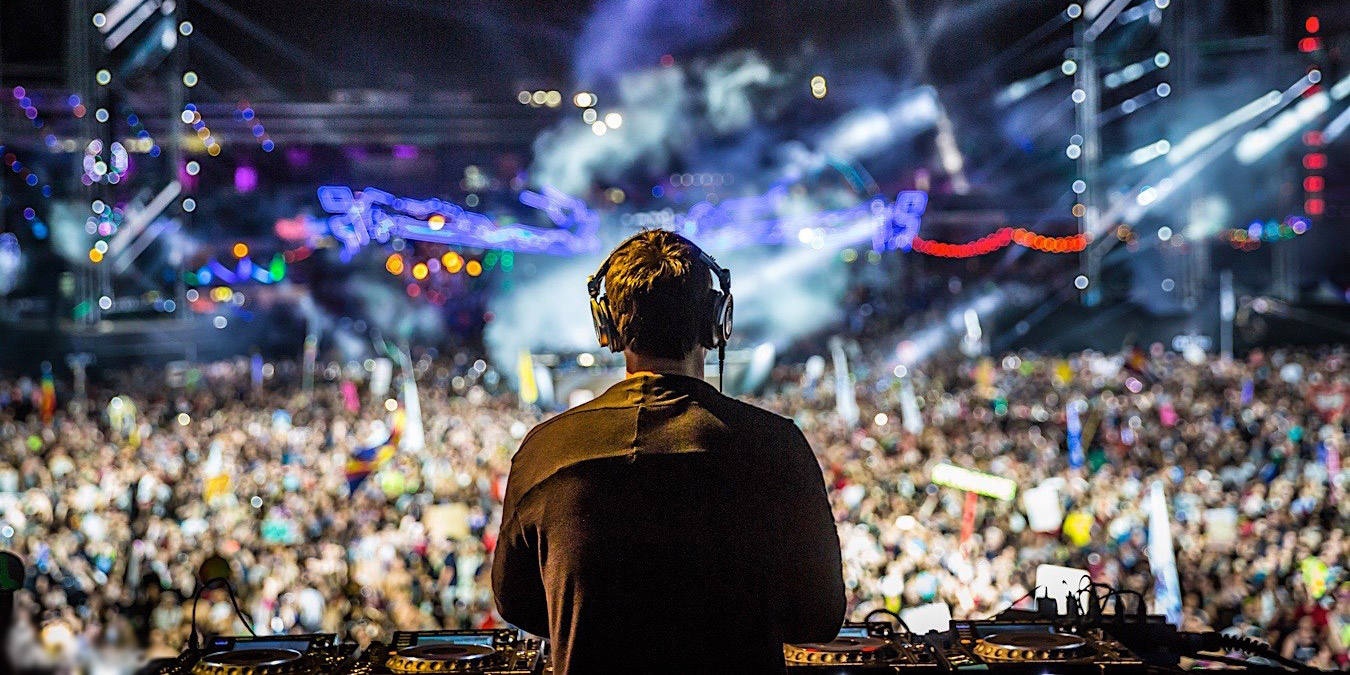 It hasn’t been long since the release of your latest album Watch the World. What has the reaction been like so far?

It has been incredible. I can’t believe the release was three months ago, it feels like a blink really.

Working on Watch the World as a project was an enormous challenge for me – because of stepping very much out of my comfort zone, and delving deeply into the world of songwriting for the first time.

It’s actually a revisit to days of my youth in school, where I excelled at creative writing, and the teachers would encourage me to try it as often as possible. But in those teenage days, my heart had been set on chasing the dream of becoming a DJ, it meant that I slowly drifted away from the writing aspect, and along with DJing, finding gratification in playing with synthesisers and turning knobs.

But with the sixth album on the horizon, I needed something beyond the music, and it was writing words based on what I felt on the inside. I felt it was risky at first, but thanks to the overwhelming response towards Destiny, based on a story about my personal circumstances and relationship, it gave me confidence to explore this songwriting path further.

My biggest happiness from the album is that the fans have been so kind in their resonance - to have the fans feeling they are on the same frequency as you is all I can ask for.

The whole approach seemed to be pretty different for this album. What motivated the decision to have a second disc comprised entirely of acoustic versions?

With the exception of Destiny and Fears, the acoustic versions that appear on the second disc of the album were produced prior to the original, disc one versions. This was mostly prompted through the creation of Facedown.

Because of the story involved in Facedown – where it’s two people who have screwed up in their lives to the point where they have nothing but each other, and their plea is for each of them to stick with the other through this difficult time, coming out on the other side intact – the radio edit, a more acoustic driven version with basic percussion, was deliberately the interpretation I wanted people to listen to first, to listen closely to the words and understand the story. And of course the big club version with the trance riffs would be the one you would hear me play in my live sets.

Following on from that, and because people appreciated the value in the story, it became more apparent to me that writing the song with a basic guitar melody was the best way forward to complete the Watch the World album. So that was how the 'acoustic disc' so to speak became a reality, and of course it made sense to go back and do Destiny in that style.

Although Watch the World wasn’t released wholly through your label Coldharbour Recordings [it was a collaboration with Black Hole Recordings], that’s obviously something that you’re still very much involved in?

I am incredibly proud of Coldharbour; everything it represents and everyone associated with it, from the producers whose names you see on the release, and my own guys behind the scenes assisting.

The ethos of the label is exactly the same now as it was at the outset – to provide a platform for upcoming and exciting producers to showcase their talents. Some names have come and gone, but I am still proud that we were able to help them build their careers and provide guidance in helping them to improve.

With the expansion into the Schulz Music Group management and bookings, many of these people become part of your extended family, and you establish bonds with them that stretch beyond the music.

What have you learned in the eleven years since you launched the label?

I think the biggest things are to be aware of various developments in the music scene as a whole, with the rise of streaming services and sadly the decline of sales. And it is crucial to work closely with the talent, and make them feel that they are part of a collective goal with what we want to represent.

In the past you would find producers and like their tracks, but then they would be releasing other tracks on other labels at the same time, and that makes things difficult to plan, promote and really fight for them.

So the development of SMG has helped bring the element of exclusivity to the label, meaning that the producers can gain even more through opportunities to DJ and make a career in the clubs.

And what have you got planned for the label in the coming months and years?

The label will continue to grow and represent what you typically hear in my live sets, and the Coldharbour club nights will increase with occurrence.

We are making another stride this summer, with the first Coldharbour Beach Festival taking place in the Netherlands at the beginning of August.

And in a very proud moment for us, our own Solid Stone just released the very first artist album on the label, an incredible collection named Introspection.

In terms of my own work, the Watch the World story will continue with A&Ring remixes and various single packages being released. I have actually been quietly working on some new Dakota material, which I will start to slip in to the various extended and open to close solo sets in the clubs in the coming months.

And towards the end of August, the label will be celebrating the milestone of 250 releases, and in continuing the tradition of the signposts at each 25th point, it will be a brand new production from me under my own name - can’t say too much yet but it’s a big instrumental trance piece.

You’re returning to Nature One in August after a rare year off last summer - do you have any particularly fond memories of the festival over the years?

I can’t express enough to you how happy I am to be back at the festival, especially after missing out last year like you said.

Nature One is one of my favourite festivals anywhere in the world to play, not just because of it taking place in Germany, but also because of the old-school vibe and atmosphere underneath those old aircraft hangars. 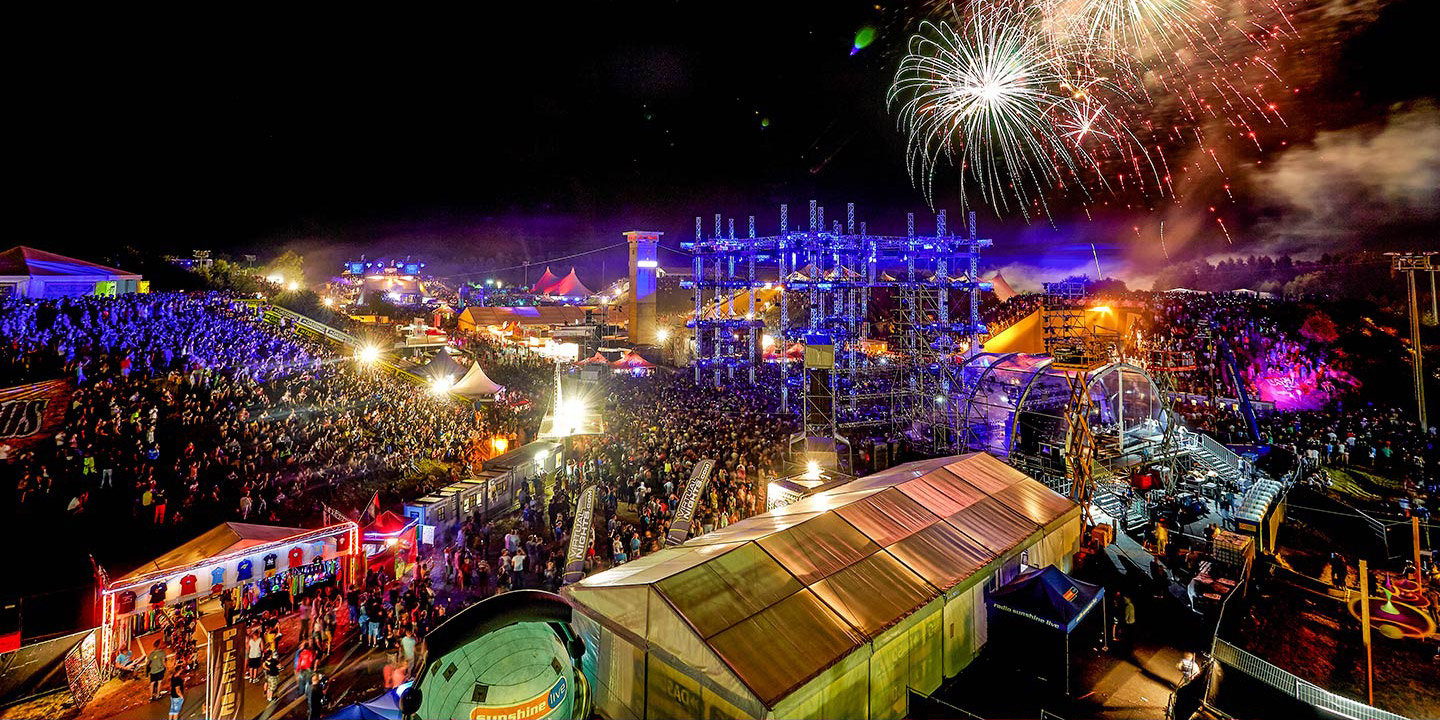 What I have loved about the festival in general throughout the years is that it’s one of those shows where my German family is able to attend, including my father.

I remember after connecting with him and he became sick, he was very determined to go see me play at a show, and that happened to be at Nature One. He was a drummer in a band when he was younger, as well as being a DJ, so I guess that’s where I got my wild side from. After finishing the set he said to me “you are living out the dream of exactly what I wanted to do” - something that still sticks with me today.

Does playing in Germany feel like a homecoming gig? Or does the USA feel more like home to you having been there for so long?

It’s a bit of both. Of course the US shows are great and I am proud to have watched the scene explode there while carving out legacies at respected venues across the country, including in my home town of Miami.

But Germany too does feel like home, even more so since I have had an apartment in Berlin for a decade now. I think Nature One in some respects feels more special because the opportunity to play a festival on German soil isn’t as frequent as the US.

When you play at somewhere like Nature One, are your sets markedly different from those that you might play at a festival in the USA, or do you tend to keep it pretty consistent in style?

There is a difference for sure, because Nature One has always had a large techno influence throughout the years. Of course you will want to showcase your big signature tracks at any festival, but I am conscious of reading the audience and reacting to what they are feeling.

Because I’m on quite late on the Saturday night, at 3am, it might be a good occasion to play a few things outside of the box that will make things all weird and trippy.

And who else are you looking forward to seeing while you’re at the festival?

I only get in to Germany on Saturday night, so won’t be there for the Friday performers unfortunately.

Although in saying that, it’s a privilege to be sharing the main stage on Saturday with two people I greatly admire - Paul van Dyk as one of the greatest ambassadors in the history of our scene, and I'm delighted he has come back after his difficulties this year; and also Robin Schulz, who is of no relation to me at all, but I am a huge fan of his work.

But most importantly it’s about reconnecting with the German fans; and the Nature One fans once again. I missed you last year; we have to make up for it this year!