Martin Garrix: "I still get nervous, but the adrenaline is insane"

Wunderkind, prodigy, dance music's youngest superstar; however you describe Martin Garrix and his meteoric career so far, the sheer scale of his achievements over the last four years speaks for itself.

Since Animals seized the spotlight in 2013, Garrix has stopped off at Creamfields, Tomorrowland, Ultra Music Festival and Coachella, taken his net worth to $17M (last count summer 2016), collaborated with some of the biggest names around – next stop Justin Bieber – and claimed the #1 spot in DJ Mag's Top 100 DJs poll. All before his 21st birthday.

He dialled us up to talk about the energy on stage, his evolution as a producer, and life on tour. 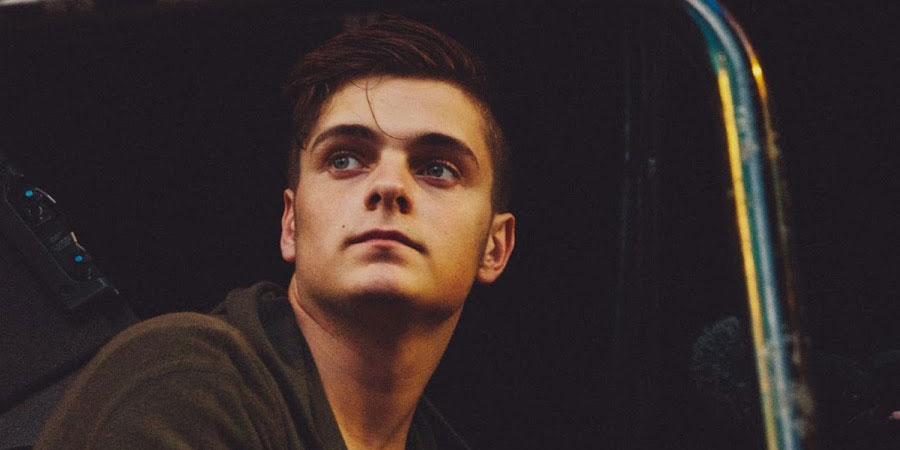 Who would you say are your biggest influences outside of music?

Outside of music, definitely my parents! They have always stood by me and supported me.

Looking back at your breakthrough single Animals, from 2013, do you feel like you’ve changed as a producer since then?

Definitely, improving myself as a producer and evolving my sound has always been an important focus for me. I like to experiment with different kinds of sounds and genres, and the last couple of years I have been working with different vocalists, acoustic instruments, recording orchestras….  I love working in the studio, being creative, a computernerd haha.  I’m very thankful that I get to do what I love most!

You talk about the energy between artists when you collaborate on a track – how does that compare to the energy at a show?

You actually can’t compare it with each other. The energy between artists when collaborating is an intimate kind of energy, being in this creative process is a magical feeling. You try to inspire each other while working on a song and when you’re creating something great together you get this amazing energy in the studio which is really special.

On stage I get a very euphoric feeling when I see all these people in the crowd, having the best time and enjoying the music. I always want to put on the best performance so before my show I still get nervous, but when I get on stage it just all falls in place. It’s hard to explain, but the adrenaline I get from performing is insane and one of the best feelings in the world.

The difference in pace, between days spent in the studio working on music and days on the road, can be huge. Do you prefer either one to the other?

No, I do not prefer one thing. I love being home and making music in my own studio. But the energy I get from being on tour is amazing! At the moment I have quite a good balance between being at home and on tour.

You say you have lots of unfinished music kicking around, odds and ends that haven’t made it into a track yet. Is that ever frustrating?

I don’t see it as a frustrating thing, it’s a part of being a producer I guess. I have so many ideas in my head and sometimes this translates into a full track which I want to release and other times it just ends up somewhere on my computer. But this doesn’t mean that I will never use it again, it can inspire me to create a completely different track one day.

You’ll be back at Barcelona Beach Festival this July – what was it like playing there last year?

It was crazy! The crowd was so amazing, so much energy and a really good vibe!

If you get a bit of downtime while you’re there, what will you try to do or see in the city?

I’m afraid I won’t have much time off, but if so, I love to visit some cultural highlights for sure.

And finally, what are you looking forward to most for the rest of 2017?

I can’t wait for the summer! I have two residencies at Ibiza, I’ll be back with a complete new concept at Ushuaia and host my Multiply party at Hï, so I will spend a lot of time at the white Isle. Besides that I will be playing loads of cool festivals, releasing more music.  I’m really excited for the summer!