Oliver Koletzki: "Creating music is much more than just sitting in front of a computer"

For Oliver Koletzki, 2005 was a pivotal year. Not only did it mark the point in his career when Sven Väth facilitated his ascent into the big leagues (through his championing of Koletzki's track Der Mückenschwarm), it was also the year when the Braunschweig-born artist founded his own label – Stil vor Talent.

Twelve years on, the SvT brand has become a firm fixture of the electronic music scene in Germany and across the globe, and in July the cities of Berlin and Hamburg will once more play host to Stil vor Talent festivals.

We caught up with the man behind it all to talk about the upcoming festivals, his brand new album, and why playing live will always be special to him.

We love the new Sunset over Tulum mix. Both Sunset mixes that you’ve done have been really beautiful. What compelled you to make them?

Thank you very much! When I was around 25 years old I was only playing and producing downbeat and trip-hop, and I'm still in love with that kind of music. Visiting last year's AfrikaBurn, a hippie festival in the South African desert with mostly downbeat stuff, was the trigger for these mixes. That was very inspiring.

Are they something you’re planning to do more of?

Definitely. I'm already collecting tracks for the next mix. I will try to release them twice a year.

You travel the world a lot, how much does being in different countries inspire you to create, or even influence your music?
A lot. Travelling has become the most important influence on my music. You gain so much discovering new countries, exploring foreign cultures, meeting new people, visiting festivals and all that. I always have my laptop and Cubase with me to be able to quickly produce some sketches.
Electronic music – particularly house and techno – is not renowned as an ‘album’ genre, yet you are preparing to release a sixth. What is it you love about creating albums?
I really like to tell musical stories, and I try to capture people's imagination over a longer time, rather than just with a 6 minute track. I love CDs, even if they are going to die out. All my albums have been released as full colour CDs or double vinyl.

What can you tell us about the new album?

It's quite different to the last three albums I wrote before. It has less vocals and its not as pop-oriented any more. It goes to a much deeper place and creates a very special atmosphere.

As the title suggests, it builds a big Arc Of Tension. The album starts calm and slow with trippy downbeat tracks. It creates a huge energy over its full length. Electronica songs and techno tracks are evenly weighted

The accompanying cover artwork and the videos by Berlin based artist Chrisse Kunst are pure art and just breathtaking.

Playing live has also always been a part of what you do – with The Koletzkis, with Niko Schwind and even with Frankfurt Symphony Orchestra. How important to you is that aspect of your music?

I love being a DJ who plays other people's music, but at the same time I'm a real musician. So from time to time I have to go on stage and play a real instrument, as it's deeply satisfying for me. A new album is the perfect moment to do just that, so I'll be presenting this album in a unique live-act playing piano and synthesizers. 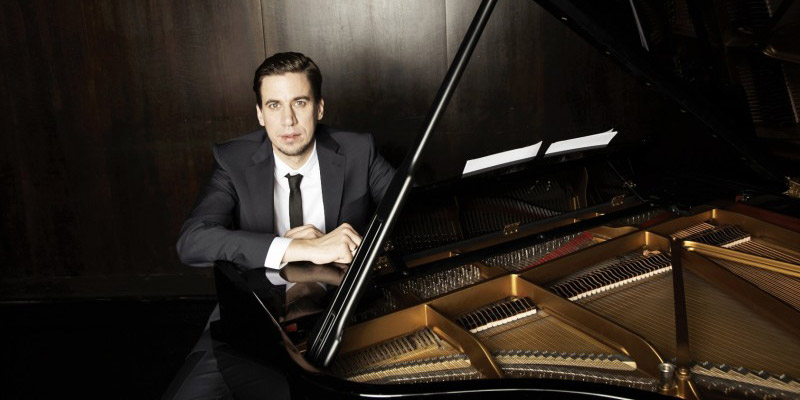 We’ve seen you quoted as saying you'd advise any budding producers to learn to play an instrument or play in a band first – why is that?
Because creating music is much more than just sitting in front of a computer moving the mouse. It's about learning to feel music through an instrument. You naturally start to study the scores and music theory which is extremely helpful to writing proper music.
When you launched Stil vor Talent back in 2005, did you ever envisage hosting festivals under the SvT name?
Haha. No. I never even thought we would survive the first year. It makes me really happy to see how the label, the team, the artists and the whole thing has developed in the last twelve years. Now we even do festivals with 5000 visitors – that's crazy. 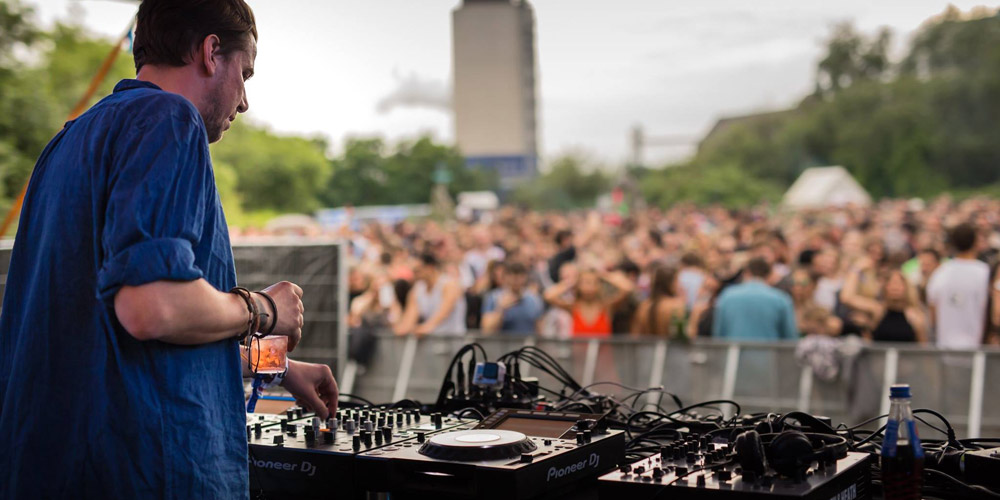 Does playing in Berlin feel like a hometown show to you, or do you have to be in Braunschweig to get that feeling?
Both cities feel like home. Braunschweig is the place where I was born, so it's very dear to me, of course. And Berlin is not just the city where I've been living for 14 years, it's the world's capital of music. I think for every DJ it's an exciting experience to play here.
Finally, what should we look out for at the upcoming Stil vor Talent festivals?
For everything that makes a festival good: a unique venue, outstanding artists, a proper sound system, inspiring decoration, lovely staff and an open-minded crowd.
Thanks for taking the time to speak with us.
Thank you for having me.
Stil vor Talent Festival Hamburg and Stil vor Talent Festival Berlin take place on 1 July and 2 July respectively. Book tickets & packages for Hamburg here, and for Berlin here.
More like this: