Radical Redemption: "Be a rebel, be whoever you want to be"

Since 2011, Radical Redemption has been at the forefront of the global hardstyle scene, leaving a trail of sellout shows across the world.

He returns to Syndicate Festival this October to play alongside Angerfist and Crypsis – two artists that inspired a young Joey van Ingen to take to the genre when he was just 14. We caught up with him ahead of Syndicate to talk inspiration, Minus is More, that outfit, and what those who haven't seen him before can look forward to.

How did you first get into hardstyle? And who were your early influences?

It all started in the garage at my parents' house in 2004/2005. I started listening to hardstyle and hardcore, and bought my first DJ set-up which included two turntables and a mixer. I turned my garage into a small club, with blacklights, lasers, an upstairs darkroom, the whole nine yards. On Friday nights I played for my friends from 20:00 until 23:00 and afterwards we would go to the real club, called Disco, six kilometres from my home.

From the start I had huge respect for Angerfist and the way he produced tracks, and the way he brought people together. Also the Statement of Intent album by Crypsis was a huge eye-opener for me. That's the album that started the style-shift within the hard dance scene. 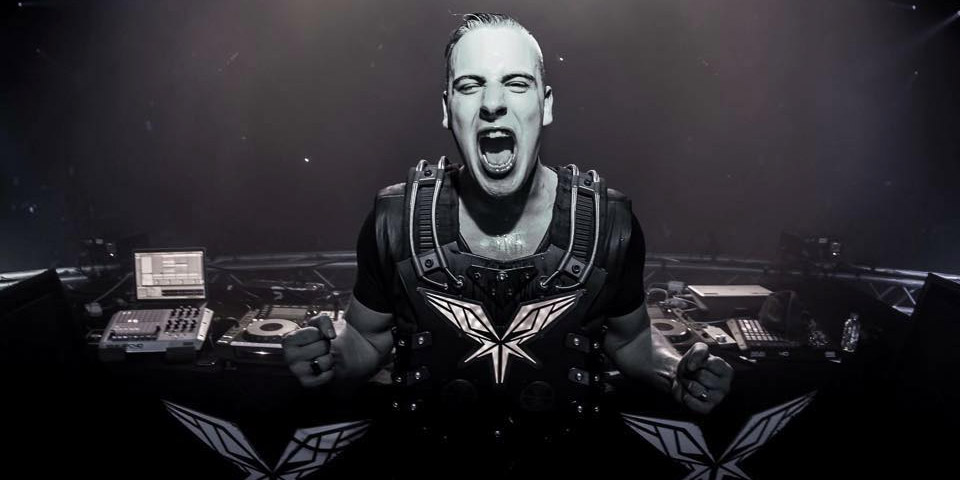 When you were playing those parties in your garage, did you ever imagine you'd be where you are today? You must have put a lot of hard work in since then?

Oh hell no! After playing in my garage, I made an upgrade. I became the resident hardstyle DJ at Disco Tijs (2008-2012). At that same time I also started producing. The only thing I did was producing, almost 24/7. I had (and still have) this unlimited amount of energy when I enter the studio. The studio is my home, to be honest. But back then, I could only dream about the things that are happening to me right now.

Since 2012 I released three solo-albums, one Minus Militia album. Selling out my 2015 solo show (The One Man Army) was a dream come true. That one sold-out two weeks before the show. This year, the sold-out sign appeared within three, five hours after the ticket-sale started. That's just unbelievable, I still cannot believe it, I don't think I will ever really believe it. But I'm enjoying it every day, it's the highest form of recognition your fans can give you.

"Be a rebel, be whoever you want to be."

You're part of the independent collective Minus is More. Tell us more about the vision of this group and what you hope to achieve?

At a certain point you get this feeling, the feeling that tells you: "I think the music is good enough to send to a label." But only one label came into my mind, Minus is More. It’s a label that had this free minded view on music. Be a rebel, be whoever you want to be. We believe in your music. Be unlike others. It is not your average label signing ten artists each year. No, you need to earn your membership. That’s what triggered me. The label that released Statement of Intent. The label that brought us I scream like ice-cream, Lellebel, Torture, Sonic Sabotage. Instant classics within the hardstyle scene.

I signed in June 2011, so that's five years ago. And the vision of Minus is More did not change. In the meantime Crypsis released Cryptology, Break Down Low, Chain Reaction released The Record Breaking. We created the album The Legion of Strength as Minus Militia. I released three solo albums, three albums that made me who I am today. The Minus is More vision on music in general made me who I am today. You want to make a track on 145 bpm, that’s cool, do it! You want to make a track on 150, 155, 180, 200? Do whatever you want, we believe in you as an artist and producer. I’m a part of the independent collective Minus is More and I couldn’t be more proud of that. 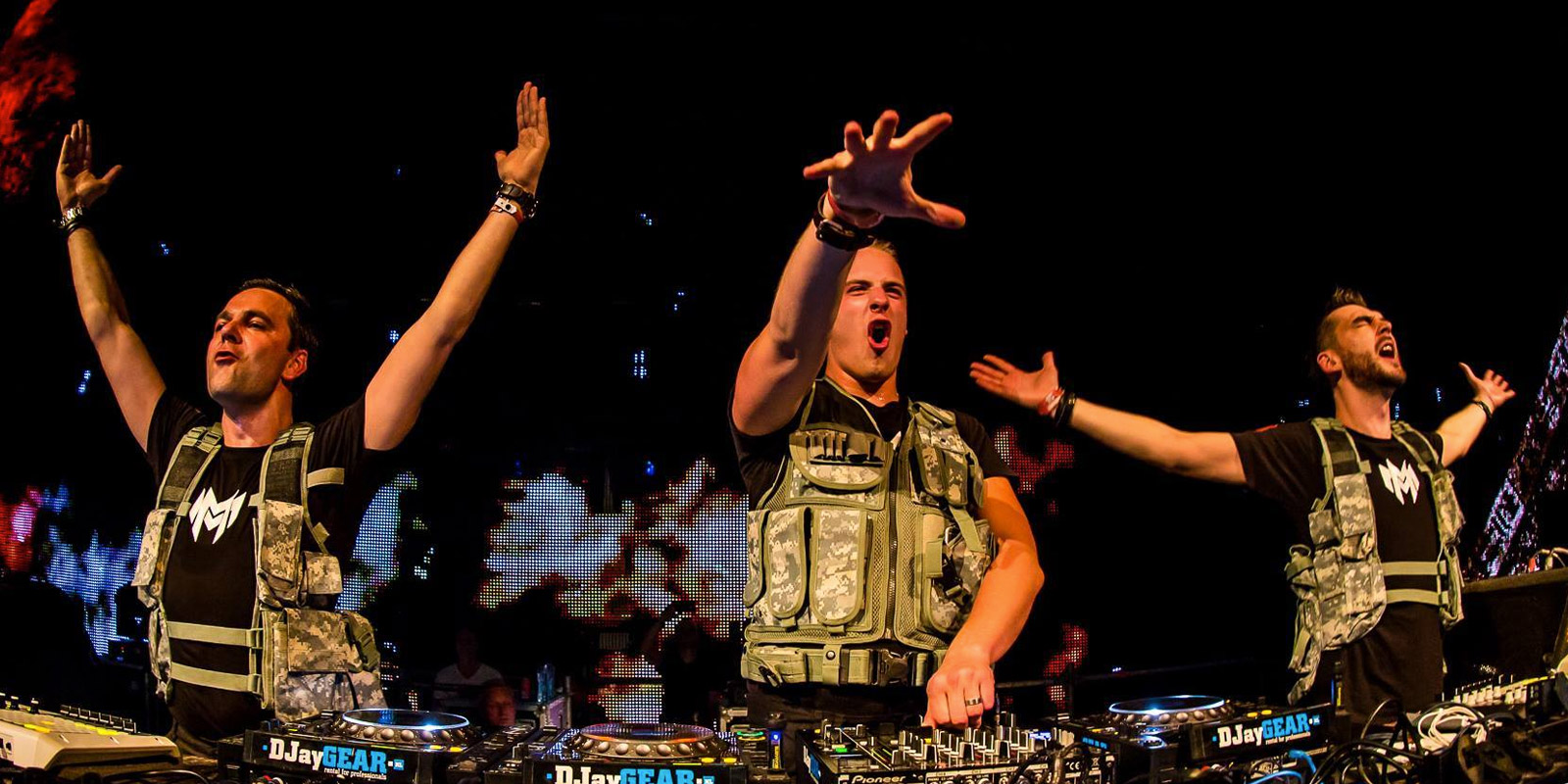 As anyone who's seen you live will know, you perform in your trademark suit. What's the story behind it? Do you feel like it's a way to distinguish between Radical Redemption and Joey van Ingen?

From the beginning, I wanted to do something different. Like I said above, be unlike others. Let people notice you. Every live-act was quite the same, the DJ standing there like always. But instead of playing with the Pioneers, he has a controller/laptop set-up.

Can I distinguish Radical Redemption from Joey van Ingen? No, I am both, each second of every day.

"The sound system is the loudest in the history of mankind and the whole party is pure mayhem."

You're back at Syndicate Festival this October. What is it about the festival that keeps bringing you back?

It all starts with the awesome location. The whole arena (main stage) is so impressive. The show is really on point, goosebumps everywhere. I cannot name a venue that has that vibe. The sound system is the loudest in the history of mankind and the whole party is pure mayhem. Do I need to say more? 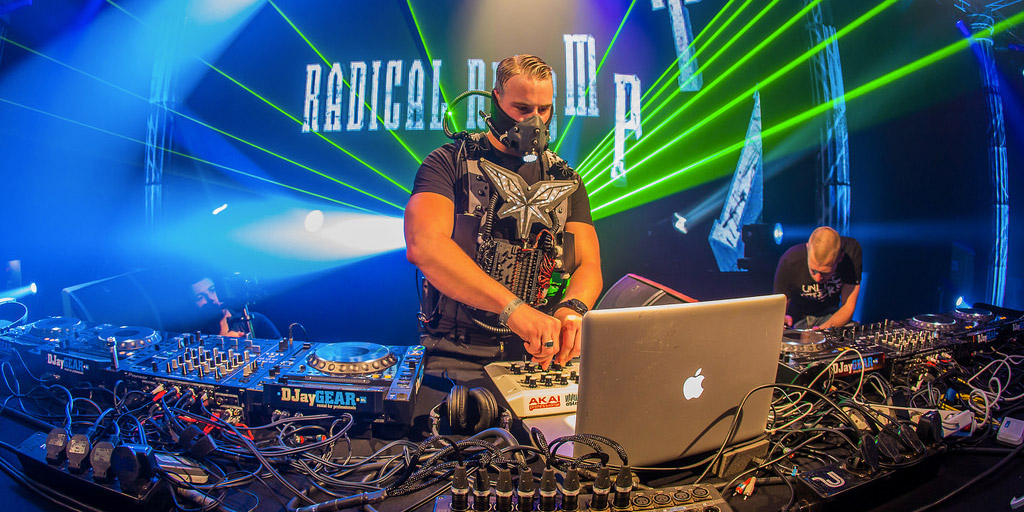 For those who will be seeing you live for the first time at Syndicate, what can they expect?

I’m there to make the ground tremble. I want to get the audience pumped up, losing their shit. I want everyone to leave the party saying, "what the fuck did I just witness? That was some crazy shit happening over there." When making tracks for an album, you include breaks, etc, the story of a track needs to be complete. Also when you are listening to that album at home or in your car. But when I'm playing, I use edits. Most of the time I cut out the huge breaks. I want the energy level to be as high as possible. I want people to scream along as loud as they can. That’s the goal every single time. So, that’s what you can expect, as always!

"I want everyone to leave the party saying, 'what the fuck did I just witness?'"

And finally, are there any artists out there who we should we look out for?

Well, let’s split it up in the euphoric and raw side of hardstyle. For the raw side, look out for D-Sturb. He is really making awesome, original, pumping tunes that make the crowd lose their shit. I’m a big fan of his style and him as a person. For the euphoric side, I really, really like the productions by Cyber. He’s the one bringing credible melodies with a solid kick back into the hardstyle scene. No more EDM/house-y stuff, but hardstyle like the big euphoric boys produced it in 2007-2010.

Radical Redemption will perform at Syndicate Festival 2016, which takes place on the 1st October. Find out more on our guide and book your tickets and packages below.