Talisco: "The new album is a bullet of energy"

If there was ever proof that it's not too late to give up the day job and go get those dreams of being a musician, it's Jérôme Armandi. Working a job in marketing throughout his twenties and half-accepting the mundane 9-5 routine, it wasn't until his thirties that the multi-instrumentalist and producer was discovered. Now, six years since his first EP, Armandi has three full-length records as Talisco and has toured extensively worldwide.

His third and most recent, Kings and Fools, was released back in March to great acclaim, making him a great choice to play Normandy's Festival Beauregard after Snow Patrol cancelled due to a serious injury. We caught up with Talisco ahead of his Saturday afternoon performance on the sunny Beauregard stage.

This isn't your first Beauregard, is it?

Oh no. We played four years ago here on the same stage. It was amazing, it was my first festival, my first baby. So it was my first time feeling the emotion of being on the big stage. Talisco is a young project, so Beauregard is in my heart. Today will be the same as before; I have to feel the big thrill, the big trip as if it's my first time.

Congratulations on your new album Kings and Fools. How does it feel to have it out?

Thank you. It's the third album, and it's like a game for me to make music, to compose music. In fact I'm an outsider. My favourite place is in my home studio, and when the album is released I'm always a little afraid, just in general. But I'm honest to myself, and that's the most important thing.

How long was the recording process? You travelled quite a lot before writing it, right?

Yeah we travelled a lot, we were on tour for a long time. But for me to create an album I don't need a lot of time, because I want to save the main emotion, and I can't compose over a year because after a year you can be 10% different, you know what I mean? So for me it's really important to create within a short time, and with this album I needed about four months, which is enough in fact.

You mentioned you were touring a lot, which kind of informed the previous album Capital Vision – capturing the feeling of touring and travelling relentlessly. What did you hope to capture this time around with Kings and Fools?

You've talked about before how you don't enjoy having to explain your sound in terms of genre, so I was interested in how you prefer to define yourself as Talisco.

Raw, sometimes brutal – like my personality – positive, and heroic. I said heroism before, and it's really important for me, because I like this kind of music that makes you feel strong, on top of the world. I like that kind of feeling, it's very important. Raw, brutal, heroic.

Talking about your sound, though, there is a really dreamy and summery glean to the new album. How do you go about capturing that in the production?

I don't know. I can say it's natural to find the right sound and the right colours but I think it's in my veins, you know? It's really important to me to have a special colour behind the music and behind the instruments. It's impossible for me to describe!

It must feel rewarding playing your kind of music in environments like this when it's sunny and there's lots of people, because it's very appropriate to that sound and feeling of heroism you described. I was going to ask you if you find it harder to find that energy in different settings – a dark venue or a rainy field – but then you've also said in the past that 'a rainy day is just a point of view'...

It's in the head, in fact. Yes I prefer when it's sunny but I don't care. When you play for people the most important thing is how they feel the sound in that moment. The worst for me is to see people bored, you know? Sun or rain, I don't care. 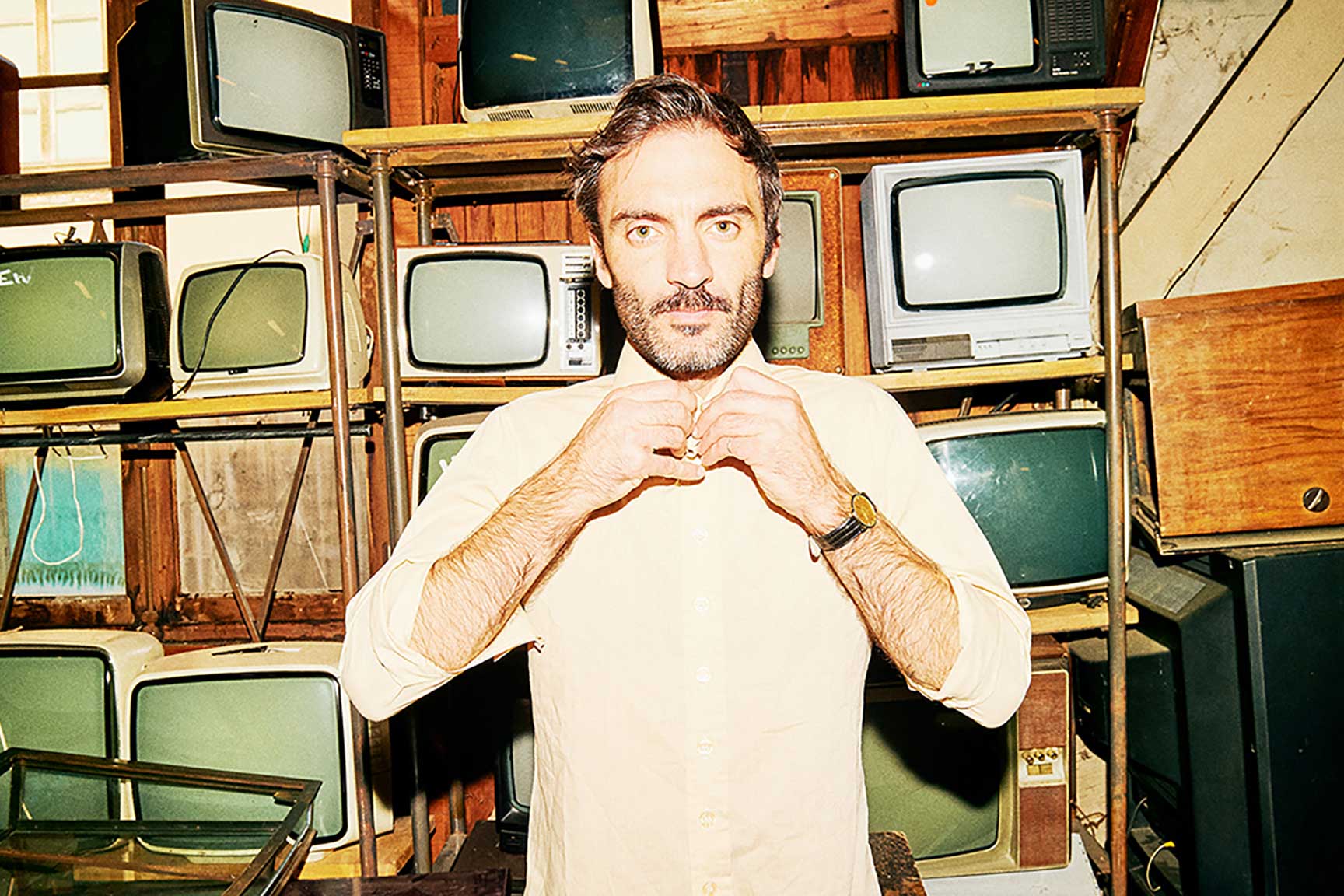 You've spent a lot of time in Los Angeles, do you find yourself writing in a different style or way depending on where you're living at the time?

I've stayed in Los Angeles for a few months several times, just to play music and there's a lot of French friends of mine in LA. But my real style is in Paris, but it's really important for me to find other things from other countries to mature myself and mature my mind to compose. You love Los Angeles or you hate Los Angeles but there's no in between.

Apart from showing off the album, what else are you looking forward to for the rest of the year?

I have a lot of projects. I worked on a side-project called Old Caltone, which is about Dracula. I wrote the album two years ago, and I'm going to write a second one this year. It's really special, it's a little bit dark. I'm going to write the fourth Talisco album too, and compose for other artists. Compose music, that's it.

Kings and Fools is out now via Roy Music. Festival Beauregard 2020 takes place 2-5 July 2020. Join the mailing list to be first to hear about tickets, lineup and more.