All Points East 2019: The Strokes Confirmed as Latest Headliner

The Strokes have been confirmed as the latest headliners for All Points East. The US rockers will headline the festival on Saturday 25 May.

This will be the band's first show in the UK for four years as they top a bill that also includes The Raconteurs, Interpol and Johnny Marr.

The festival also also revealed a host of new names to its other dates, including Jon Hopkins, Peggy Gou and Róisín Murphy, who join the lineup for The Chemical Brothers.

Tickets to all these shows, as well as Bring Me The Horizon and Bon Iver, are on sale now. 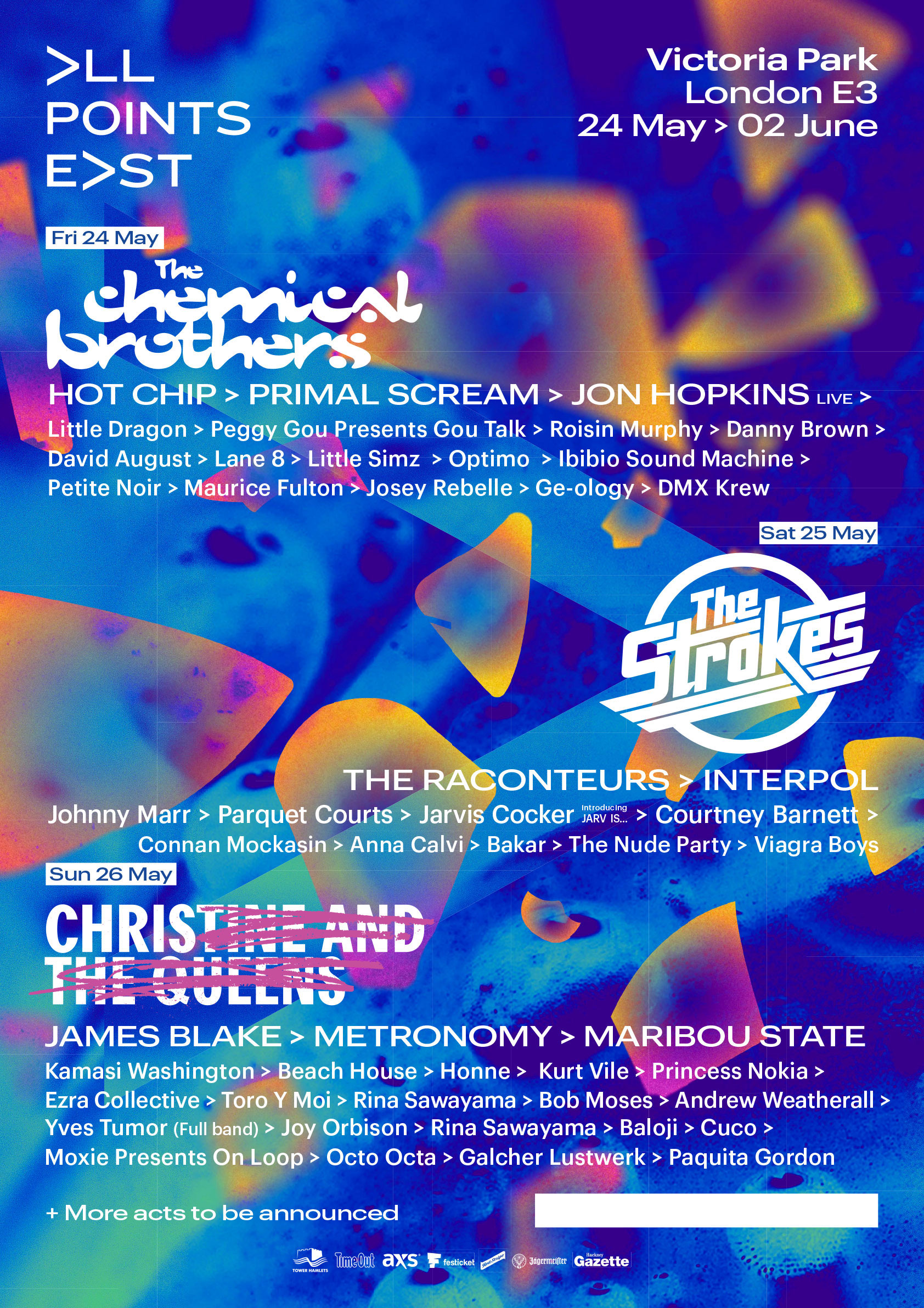